Good morning on Saturday, April 25, 2020: about 8 more days until the ETH (estimated time of hatching). As for food holidays, it’s both National Zucchini Bread Day (don’t get me started on that) and National Crotilla Day, celebrating a made-up Wal-Mart breadstuff said to be a cross between a tortilla and a croissant. These were first produced in 2017, and I wonder if they’re still sold: 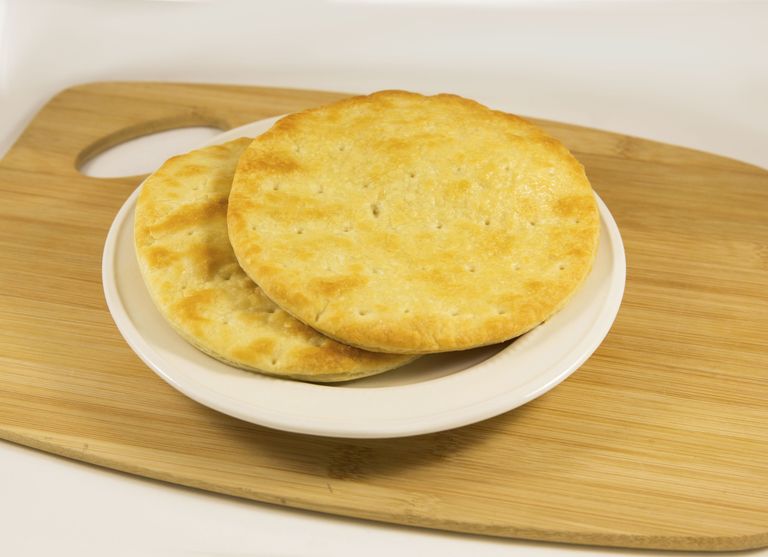 It’s also Eeyore’s Birthday (my spirit animal), Save the Frogs Day, Independent Bookstore Day, National Go Birding Day, DNA Day (see below), World Malaria Day, National Plumber’s Day, Anzac Day, and World Penguin Day! Today in Austin, Texas, if it doesn’t violate quarantine restrictions, they’ll be having Eeyore’s Birthday Party, an annual celebration on the last Saturday of April. It has its own Wikipedia page with photos of activities and monuments, including this Eeyore of Liberty: 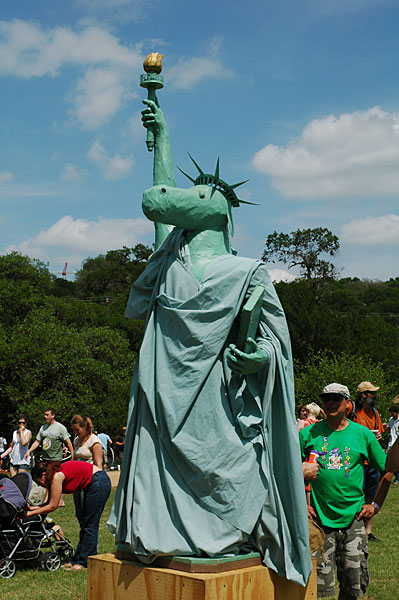 The British Museum honors World Penguin Day with a tweet including a TRUE quote from John Ruskin (h/t Paul):

🐧 In 1860, English art critic John Ruskin wrote ‘One can’t be angry when one looks at a Penguin’. #WorldPenguinDay https://t.co/a3a1nsXUFZ pic.twitter.com/oF24xOOIIT

Many health agencies, doctors, and even the makers of Clorox bleach and Lysol are pushing back against our “President’s” suggestion that putting disinfectants in the body might help cure coronavirus infection.  Trump says his suggestions were sarcastic—an elaborate prank on reporters—but nobody save his deluded supporters believe him. He’s just making up stuff again.

Speaking of bleach, the New York Times tells you how to use bleach solutions (and other disinfectants) properly. This does not involve ingesting them!

Stuff that happened on April 25 includes:

It has not escaped my notice that it’s DNA Day, and here’s what that paper looked like. One page that changed biology—and the world. 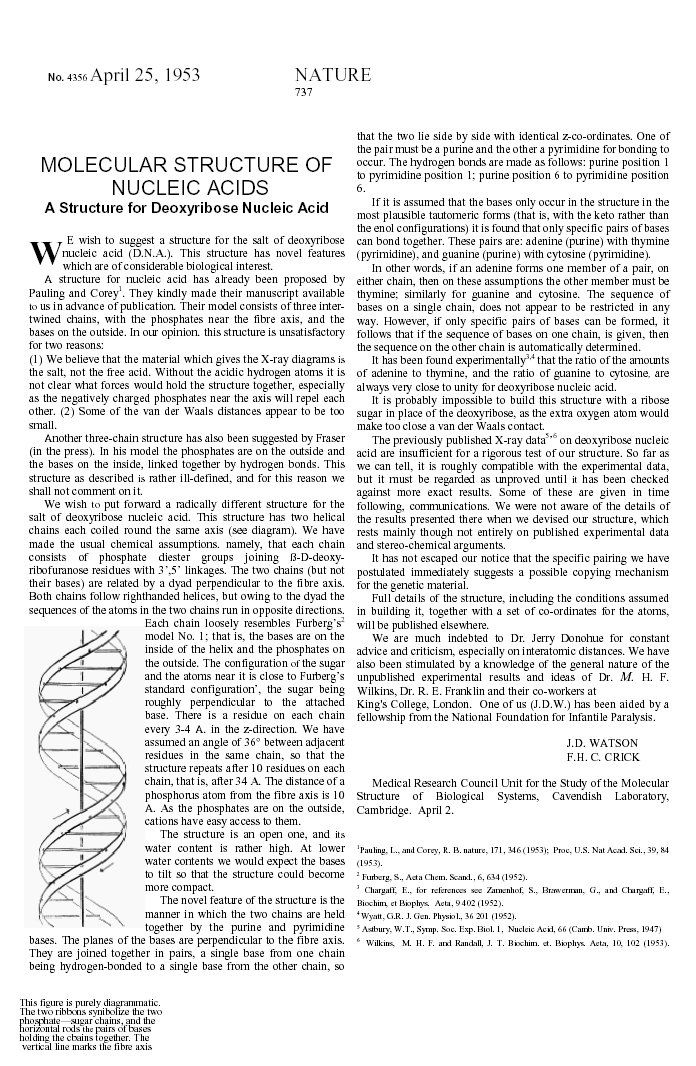 Here once again is a display of the skills of the great Dutch soccer player:

Those who left the building on April 25 include:

Here’s Teniers’s “Das Katzenkonzert”. A lovely piece of art! But there are monkeys and an owl, who appears to be the conductor: 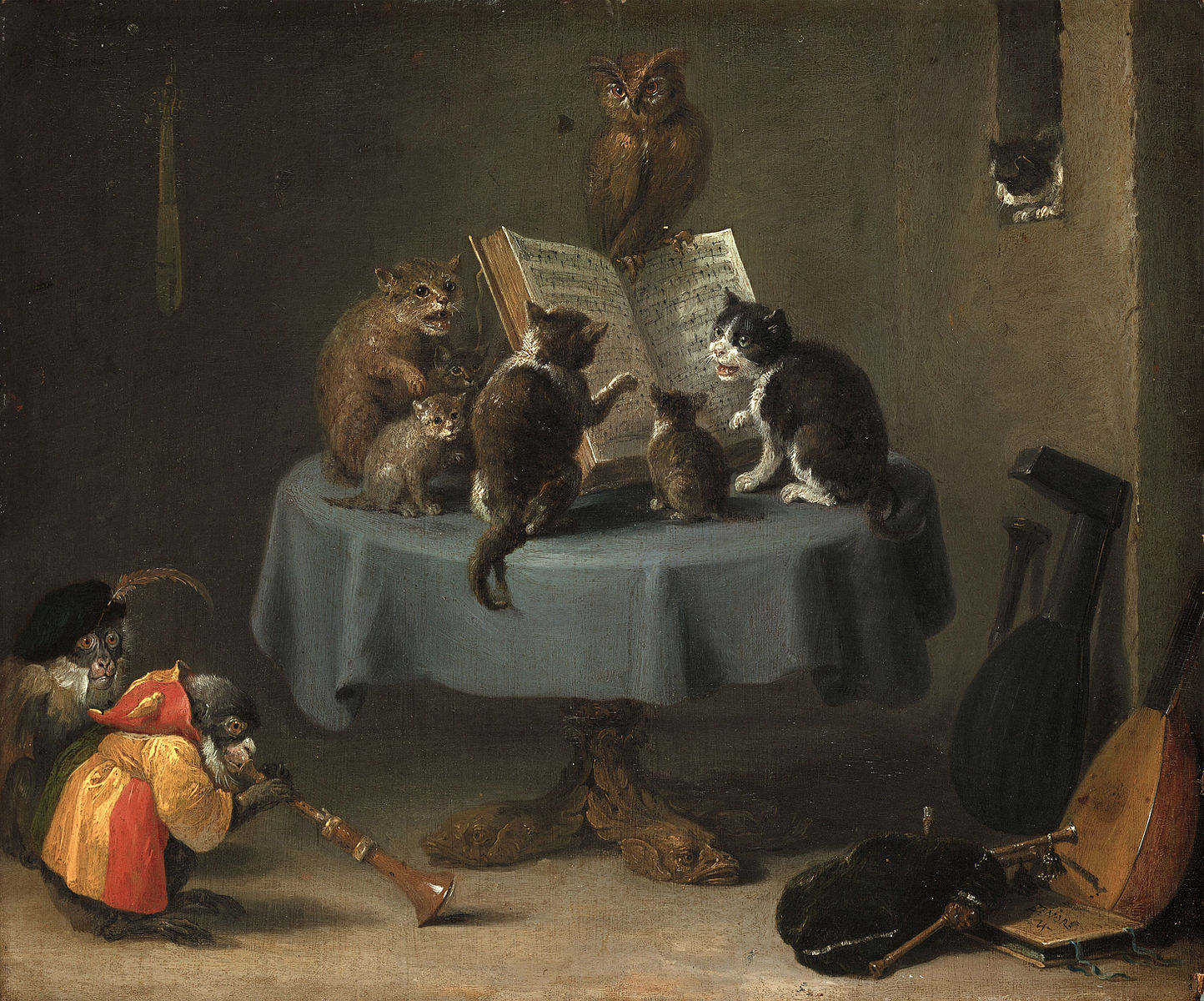 Meanwhile in Dobrzyn, Hili sees Szaron behind her:

Hili: I’m not paranoid.
A: Why do you say that?
Hili: Somebody is constantly walking behind me. 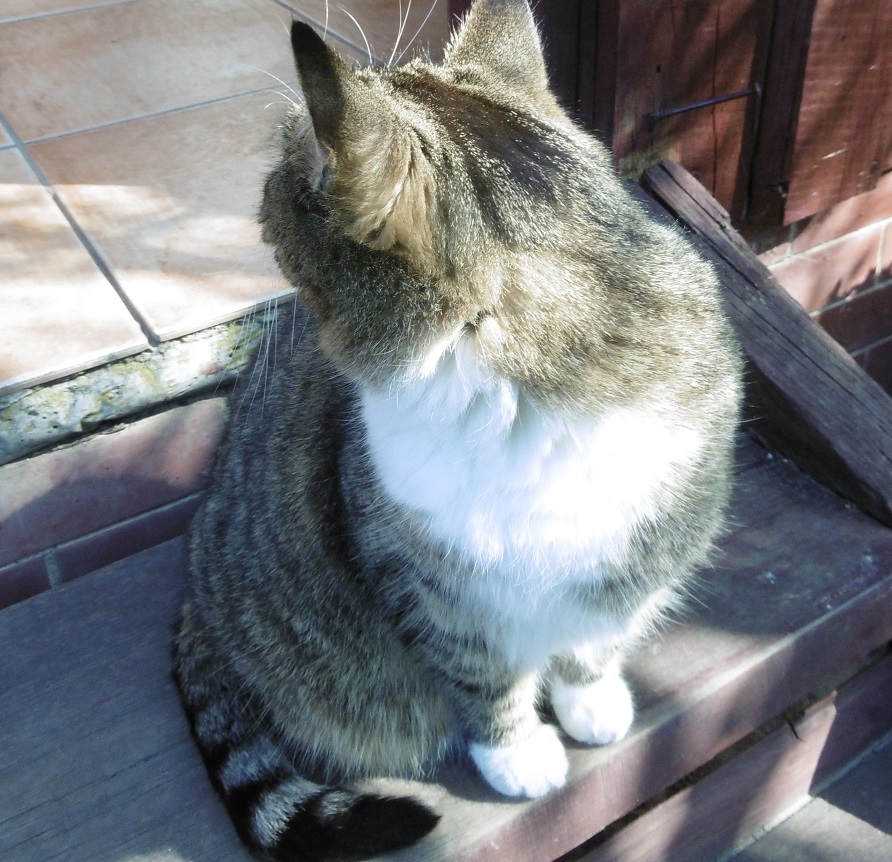 A bonus picture of Szaron: 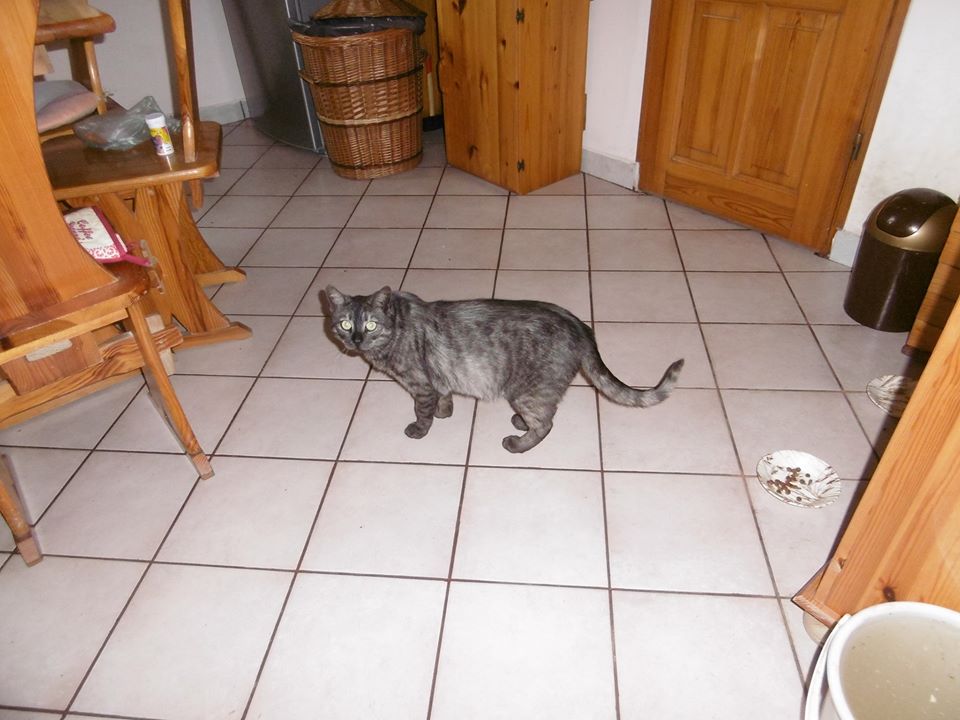 From Gregory. Where is your god now? 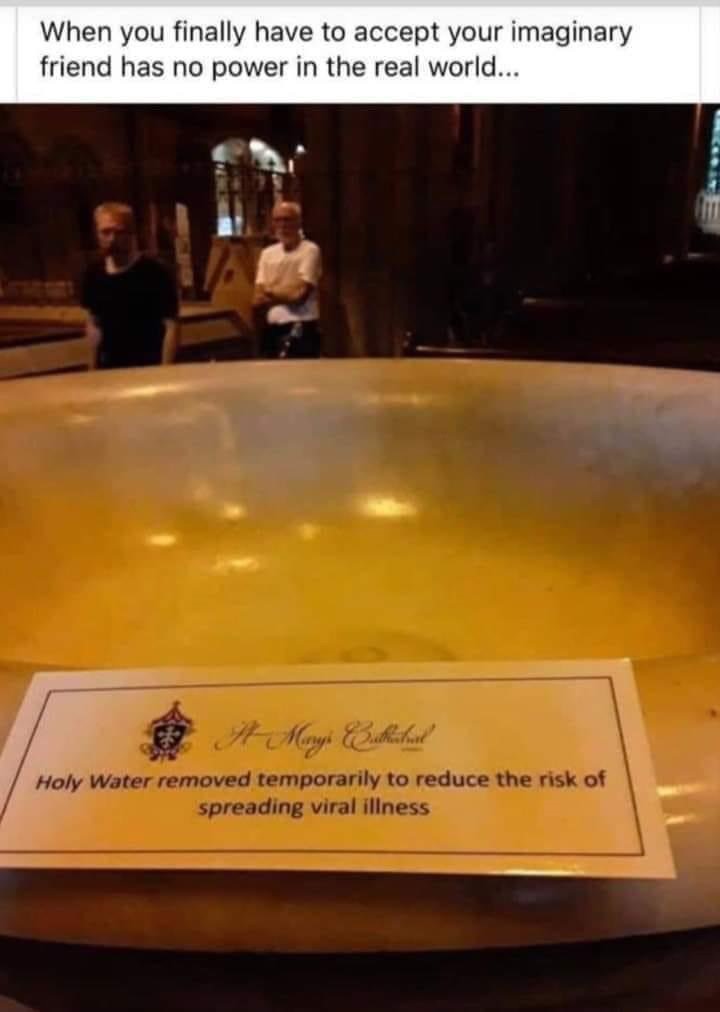 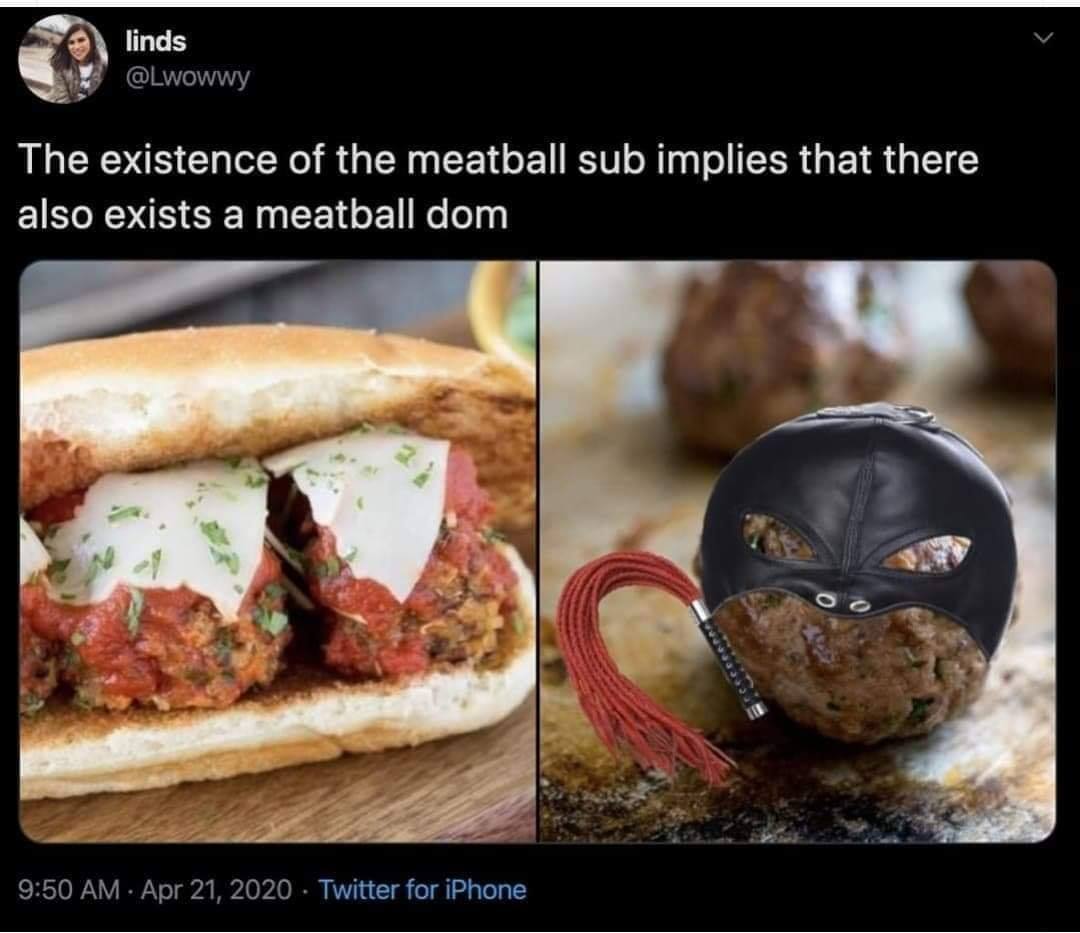 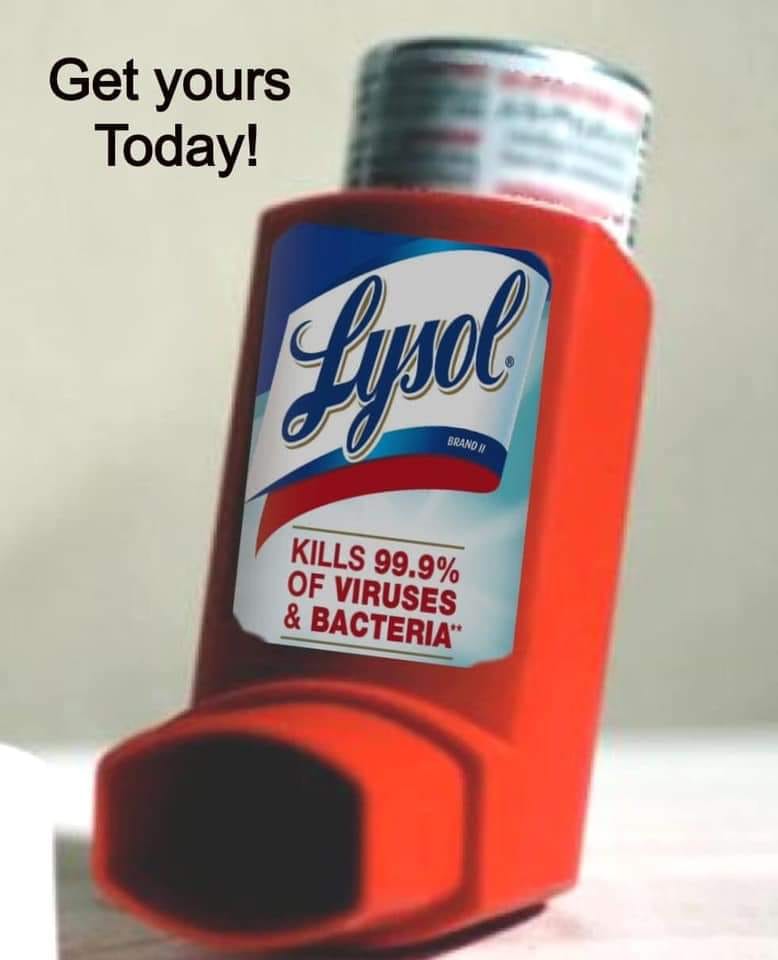 Winston, please, people out there are STARVING for toilet paper! Have you no shame? #WinstonPurrchill pic.twitter.com/AFLBxCS5lq

Two tweets from Simon: a woman aping Trump. For some reason other people just mouthing Trump’s words is hilarious:

Yep, The Donald will never live down the bleach/UV light gaffes:

From Heather Hastie via Ann German:

#Harrisburg #ReOpenPA Ya'll need to get some darn sense in your heads… you don't get to kill other people so that you can do whatever the hell you want. Also, just to make a point, see below. pic.twitter.com/HaycI7GUWw

Tweets from Matthew—more on BLEACH:

Even more on bleach! Read the article.

You really couldn’t make it up: leader of group peddling bleach as coronavirus 'cure' wrote to Trump this week https://t.co/7EFe2sRuaN

The Pope being schooled in theological biology by an account dedicated to bat PR is perhaps the best combination of things to happen on this website. pic.twitter.com/OfWQ2w5eLe

I haven’t checked whether this tweet is true—whether Trump’s fortune really did start in the 1918 pandemic. Perhaps a reader will know:

I didn't know this. The origin of the Trump fortune lies in a life insurance policy that paid out when his grandfather died in the 1918 flu pandemic pic.twitter.com/RBP4qf5OxQ