Actually, we have two disparate topics today: owls and astronomy. Is there a connection? You tell me.

The owls come from reader Gregoray, who lives in Austin, Texas. He has three young Eastern screech owls (Megascops asio) in his yard that fledged in the last week. His notes (sent on April 21):

We have had screech owls in our back yard for the past 5 years and they have bred and produced babies. We have 3 this year. Attached are some photos. We watched one fledge last night and 2 others this evening. Lat night one flew into our chicken coop and spent the night there. 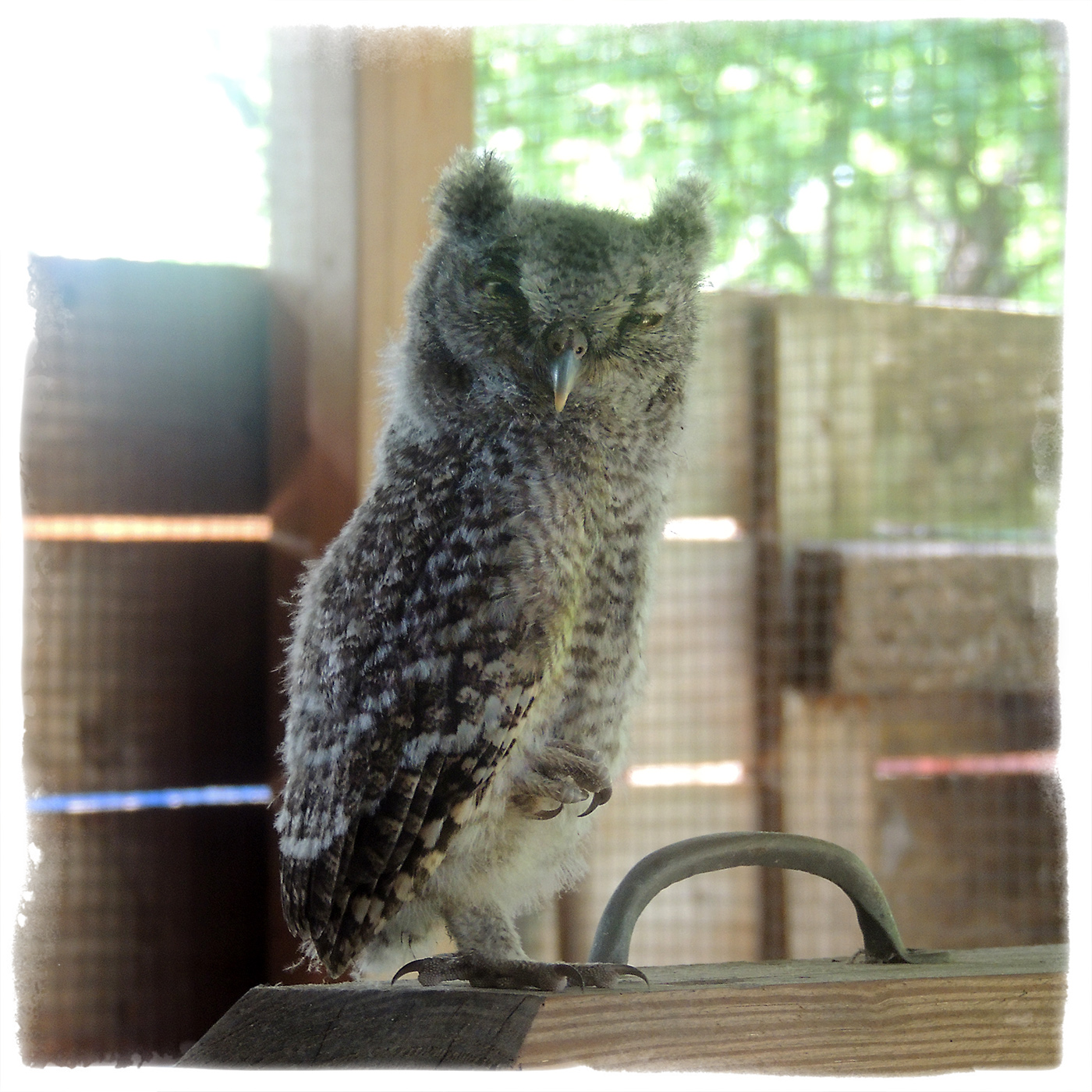 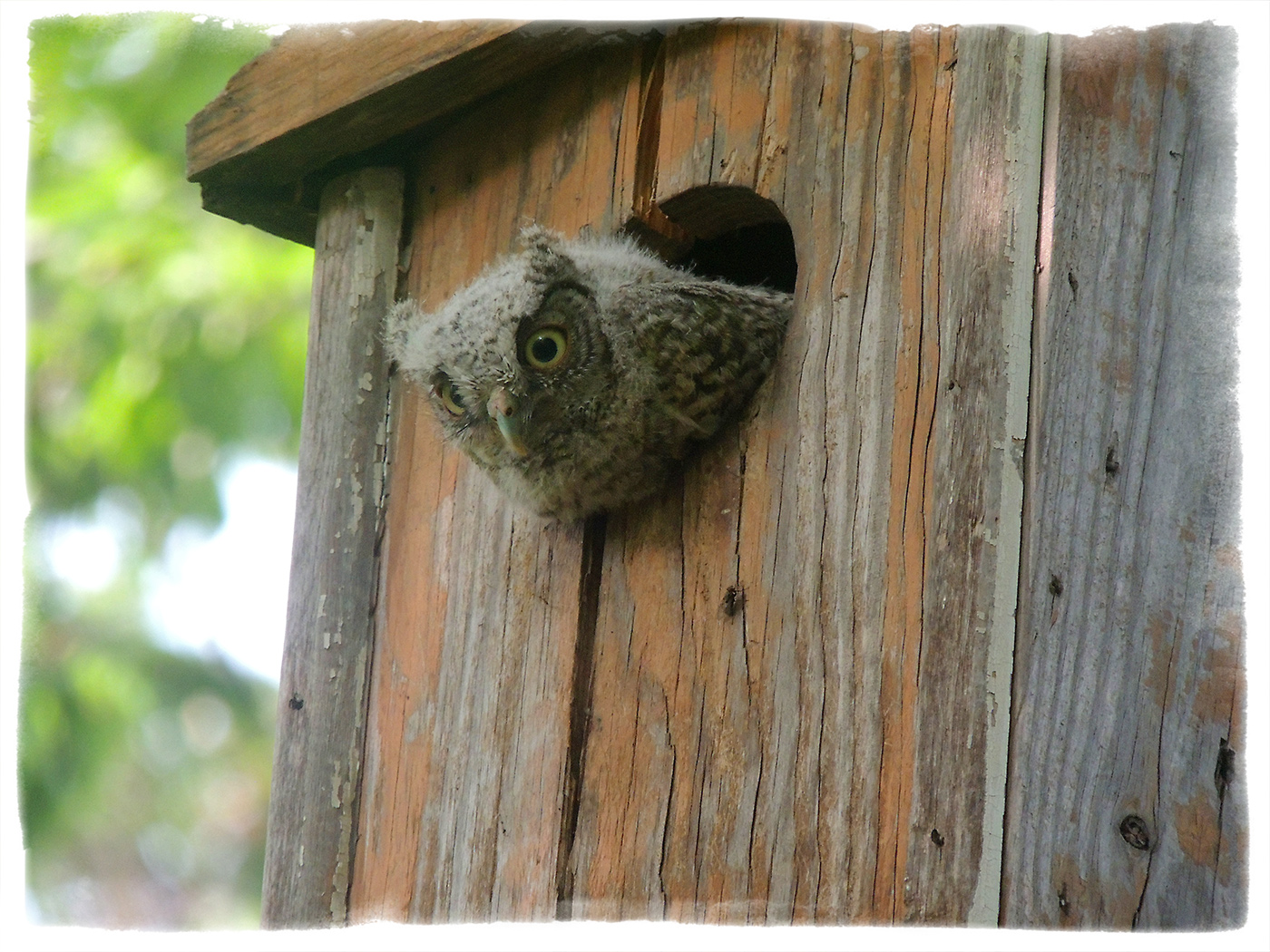 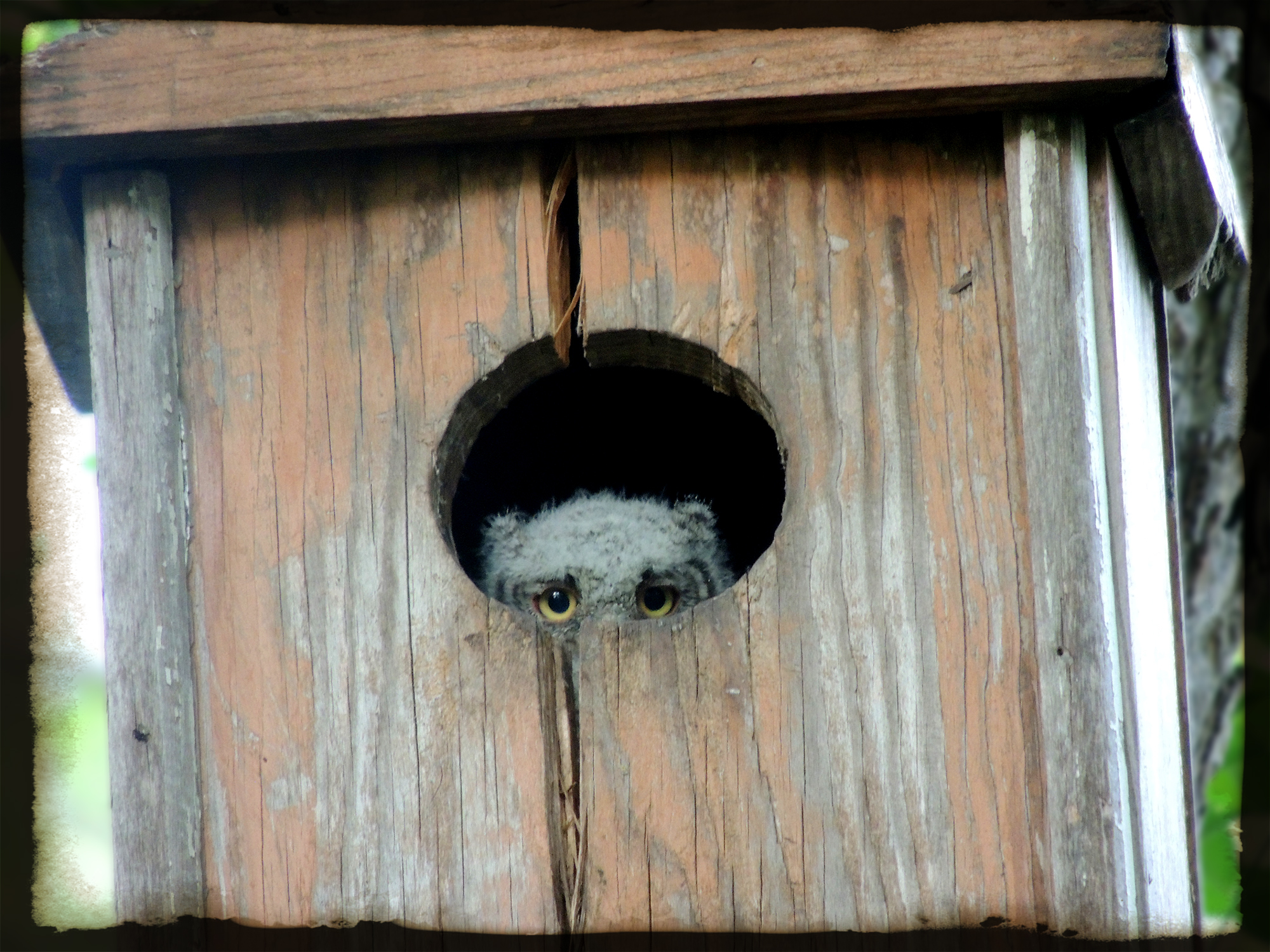 And Tim Anderson in Australia has graced us with several astronomy photos. His notes, too, are indented:

Another clear night for a change, so here is Messier 104, the”Sombrero Galaxy”: an enormous lenticular galaxy noted for the prominent dust lane across its disk. This galaxy is a stretch target in the International Mexican Hat Dance Olympiad.

The Sombrero was first observed by Pierre Mechain in 1781 and later included by Charles Messier as object number 104 in his catalogue. This image was made from a stack of eighty 3-minute exposures using a 100mm refractor. 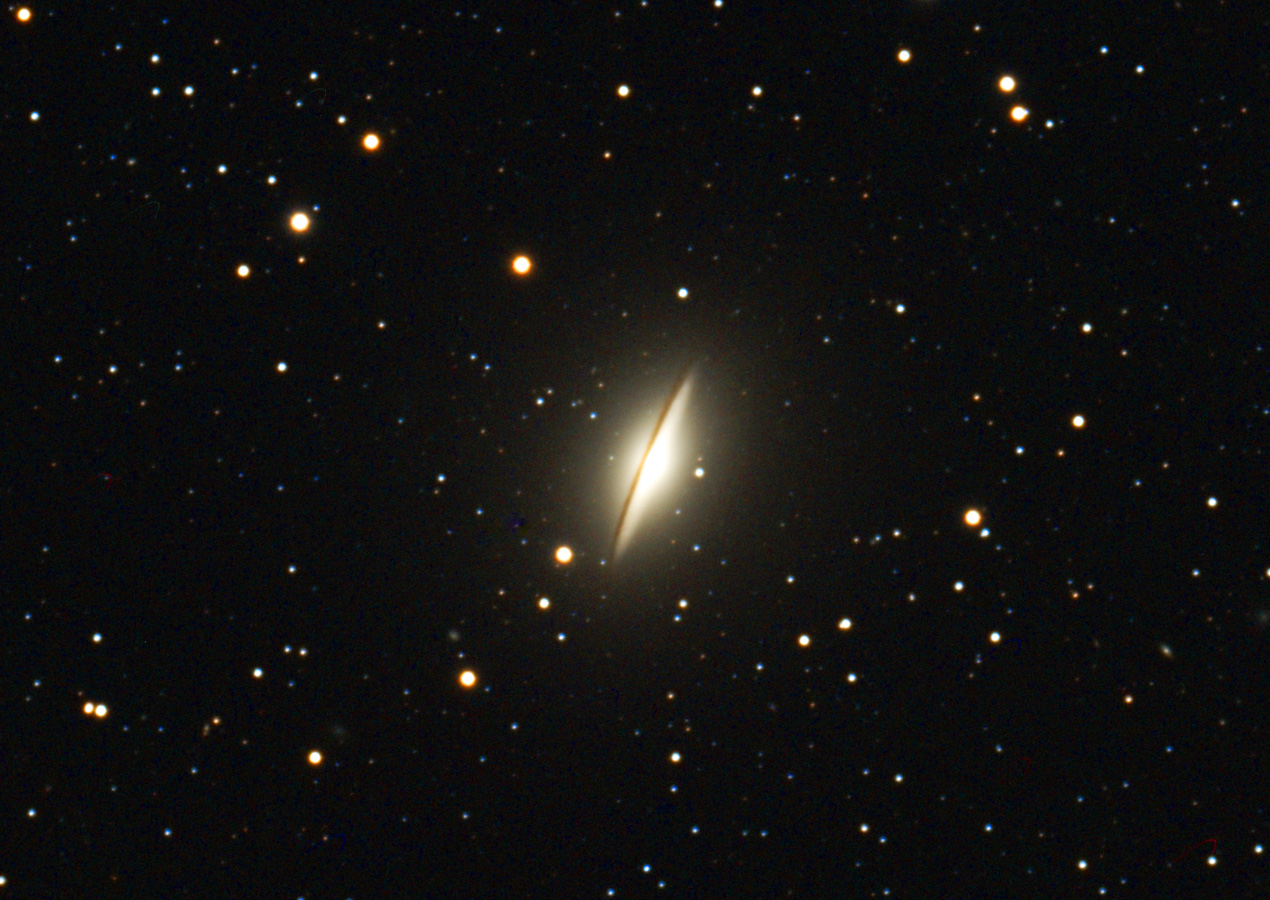 This is a group of galaxies lying in the Virgo Cluster. The group, “Markarian’s Chain,” is named for Benjamin Markarian, an Armenian astrophysicist, who discovered that the galaxies had a common motion. The image was formed from forty five-minute exposures using a colour camera and a 100mm refracting telescope 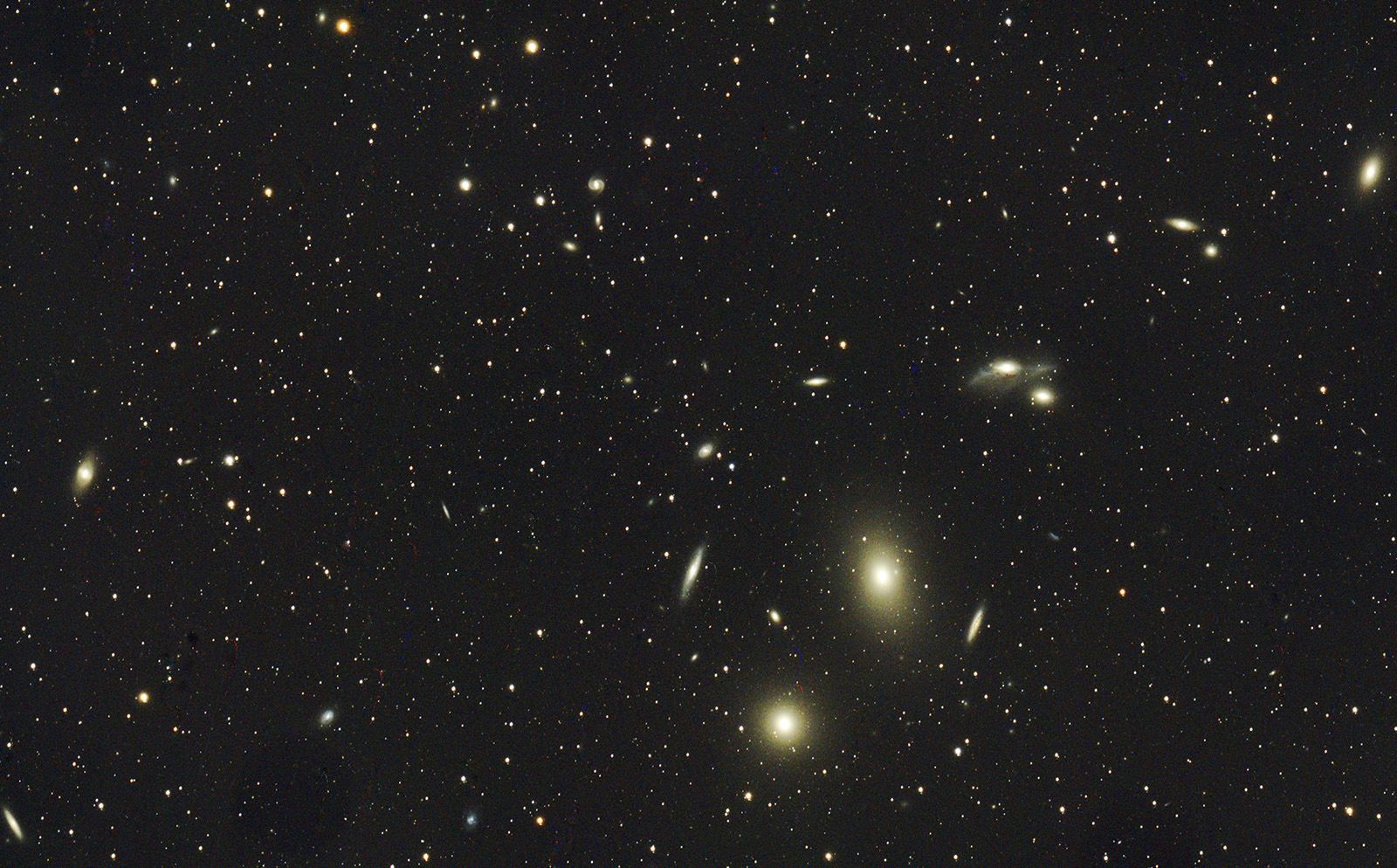 NGC4038 and 4039—the “Antennae Galaxies.” This is a pair of interacting galaxies – the two streamers are stars, gas and dust ejected from the galaxies when they passed through each other some 600 million years ago. Five supernovae have been discovered in NGC4038. This type of interaction will be the fate of the Milky Way when it encounters the Andromeda Galaxy.

The image was compiled from seventy 240-second exposures taken with a 100mm refracting telexcope and a colour camera. 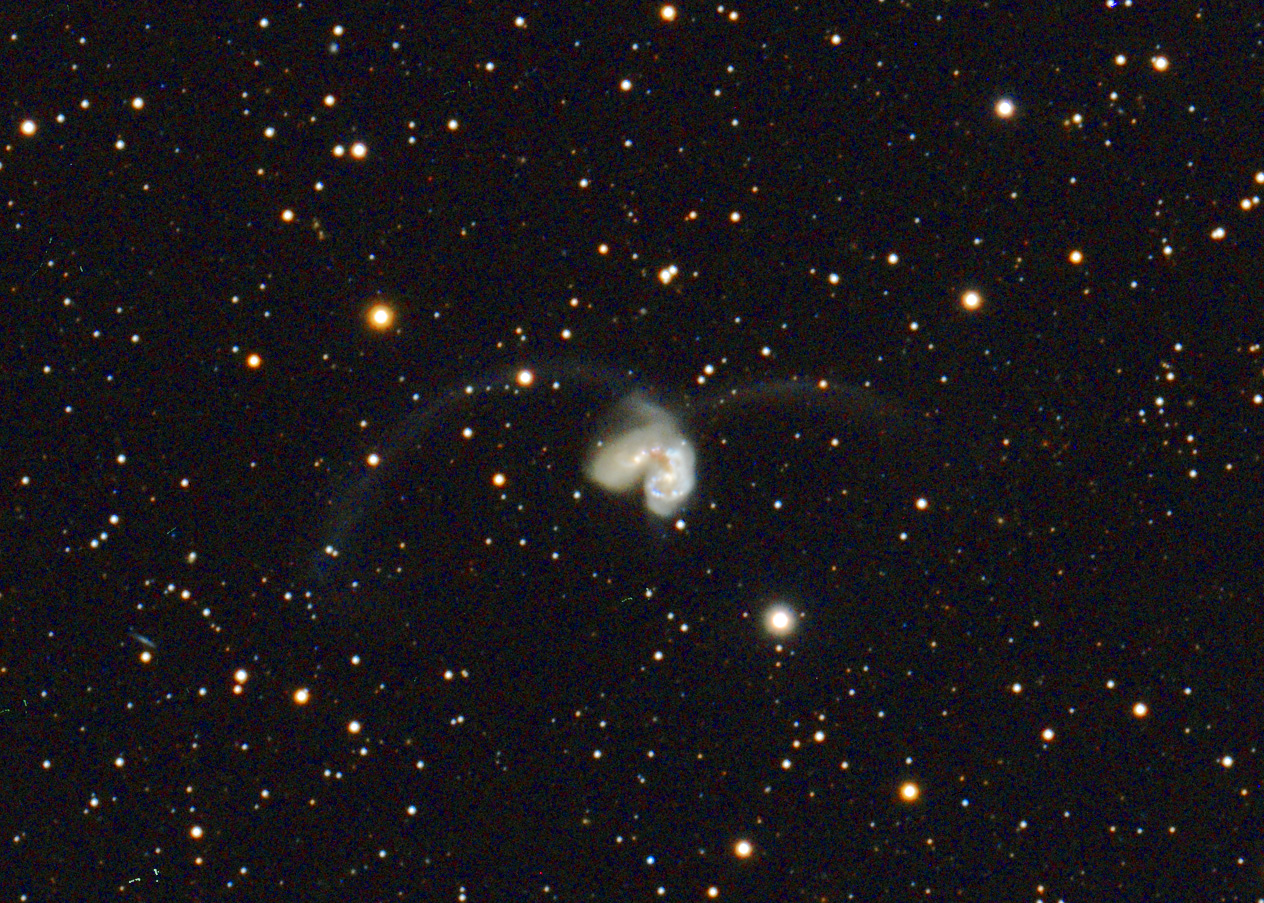