We don’t yet know what the pandemic “stimulus checks” issued by the U.S. government will look like, but we know that they’re going to be from the United States Treasury, that they’ll be for $1200 for people making less than $75,000 a year, and that they’ll be signed by Trump. The signature of a U.S. President on a Treasury check is a first in U.S. history, but of course Trump wants people to know that they’re from him, not from the government.

At any rate, CNN published a mockup of the checks, but a mockup that came from a U.S. Secret Service press release about scams related to the checks.  (The AARP has a post on the checks’ “security features”.)

Since the checks are signed by an official of the Treasury Department, there’s no reason for Trump’s name to be on them, as previous refunds or checks from the government lacked Presidents’ names. We all know why it’s there.

Direct deposits of checks to people’s accounts have been and are being made (the IRS has to have your bank info), but it may be a lot longer until anybody sees one of these paper checks. They will be collectors items in the future, remembering the country’s worst President and the baleful times he helped create, but you have to turn them in to get the dosh. 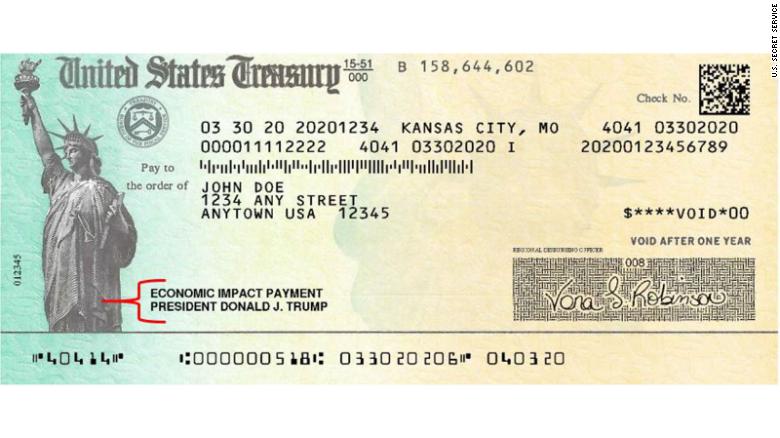