It’s Saturday, April 18, and about two more weeks before both broods of ducklings are scheduled to hatch and then leap. It’s National Animal Crackers Day, celebrating a treat greatly beloved when I was a kid: remember the rectangular boxes of “Barnum’s Animals” with the white string? I read that they still make them, but I haven’t seen them in decades. Also, the strings have vanished in favor of cardboard handles, and PETA has gotten Nabisco to take the animals out of their cages on the box, and let them roam free. Well, good for them: 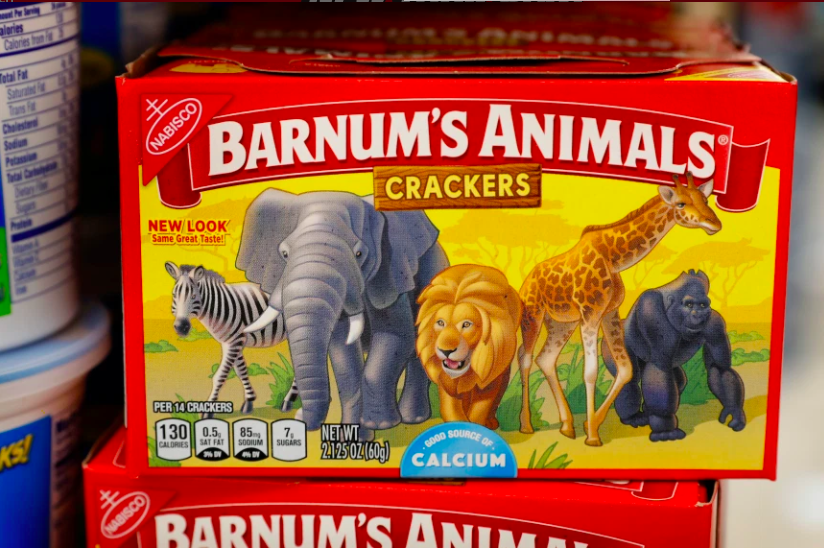 Today’s Google Doodle apparently ends the two weeks of thank-you nods to coronavirus helpers as it summarizes all of them (click on screenshot):

News of the Day: Worse than yesterday thanks to more deaths (U.S. = 32, 823, World = 153,822) and the behavior of Trump, which is contemptible. Yesterday I posted on Trump’s Biggest Tantrum yet, which has thrown me into despair about this President. I don’t have enough nasty words to characterize him. And now people in Texas are going to gather to demand the opening of the state.

Here’s a tweet showing a healthcare worker who couldn’t get to his job because of the protests. Premature openings = unnecessary deaths.

Stuff that happened on April 18 include:

She was canonized in 1920, so now she is Saint Joan. You could do worse than watch the greatest of all silent movies, The Passion of Joan of Arc (1928), starring Renée Jeanne Falconetti in the title role. Here’s a trailer, and you can see the whole movie on Vimeo, though with Danish subtitles (you don’t really need subtitles). If anyone can find the whole movie with English subtitles online, post it below and email me the link.

Those who became deceased on April 18 include:

Darwin was the grandfather of both Charles Darwin and Francis Galton (more on the out-of-favor Galton later this week).

Meanwhile in Dobrzyn, Hili and Andrzej are having a spat:

Hili: We need innovations.
A: What innovations?
Hili: To cleanse the world from stupidity.
A: Our own?
Hili: You are saying stupid things again. 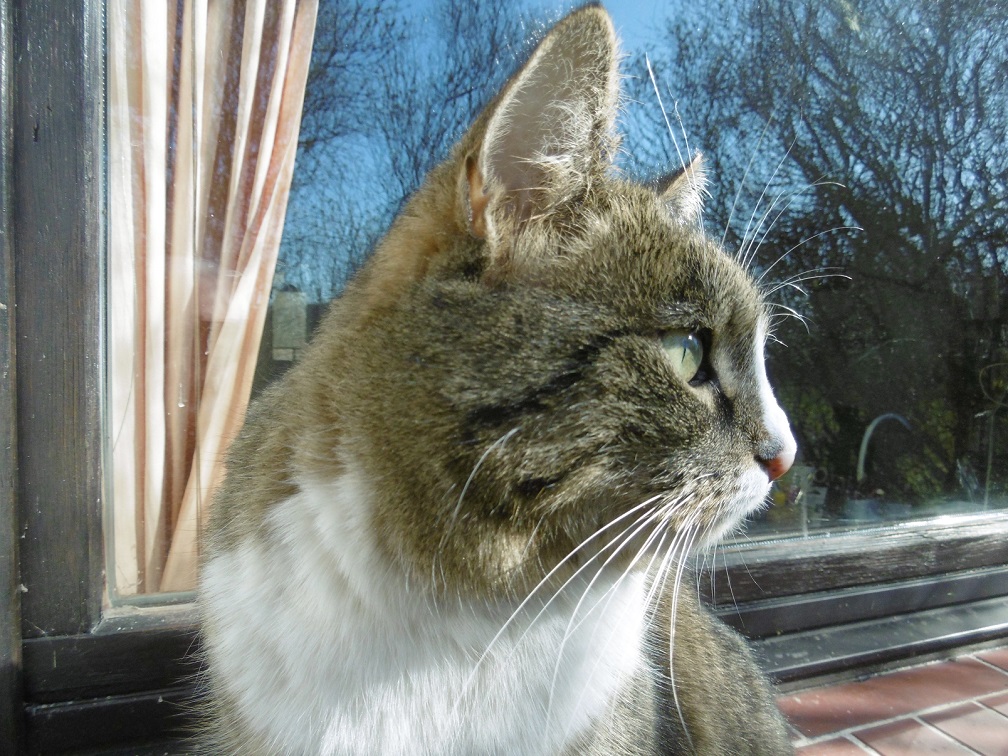 And in nearby Wloclawek, sweet Mietek the Kitten takes a nap, thereby avoiding having to move:

From Merilee, a solution to the bogroll shortage: 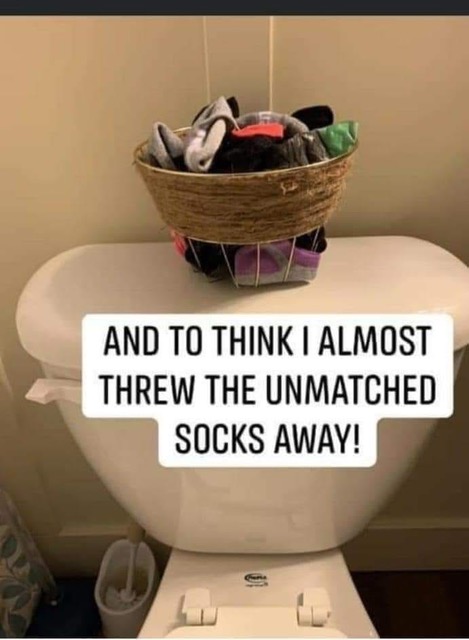 Put on Facebook by The New Yorker and sent to me by Stash Krod: a cartoon by Barry Blitt. I have no idea what it means but perhaps readers can explain! 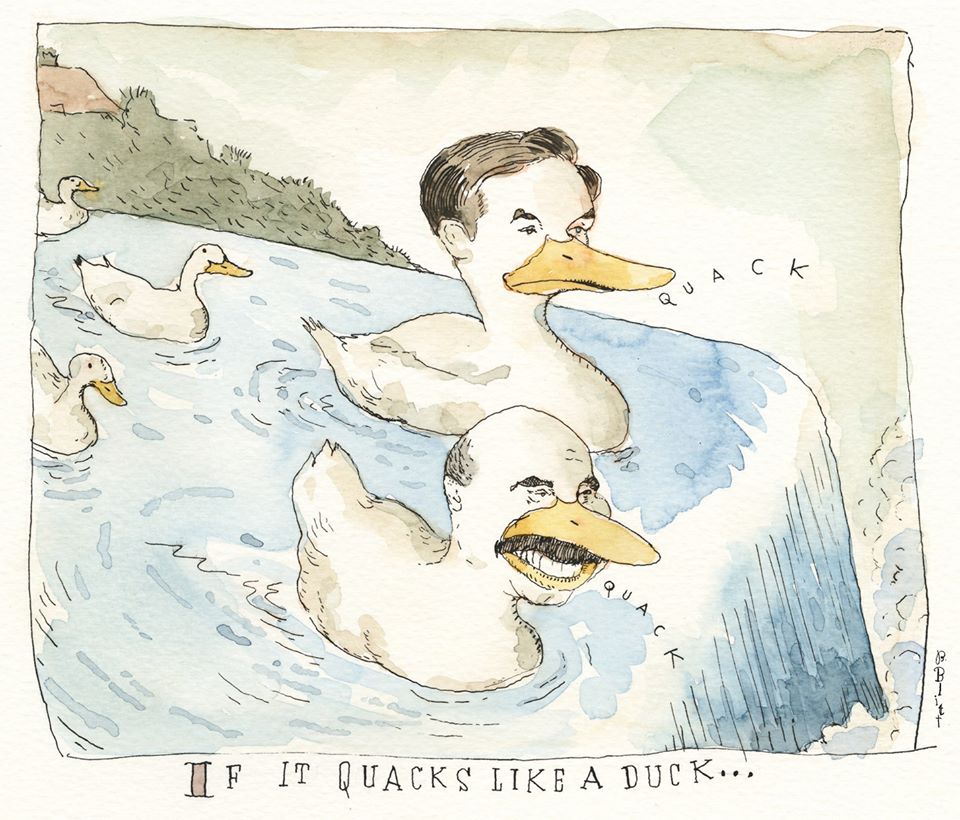 A warrior cat from Jesus of the Day: 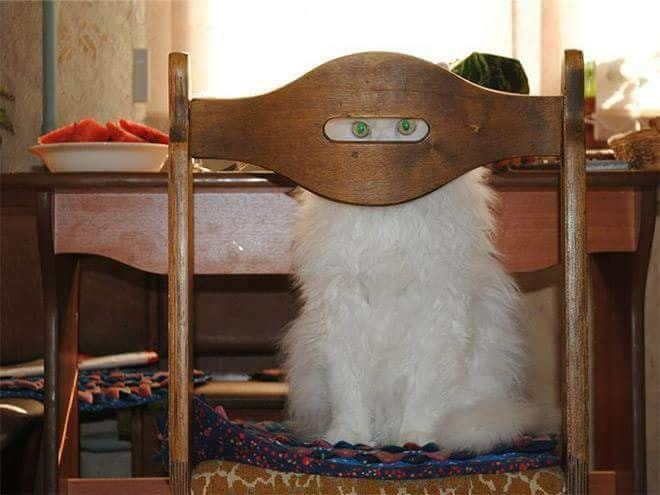 Titania tweets a racist Chinese ad for laundry detergent, and that is real (well, the Guardian says so). Jebus! But of course the Queen has her own take on it:

This advert is *not* racist. It is simply another example of people of colour being forced to enact whiteness by the structural and societal pressures of globalised white hegemony.pic.twitter.com/ina5puiCjV

From reader Barry; is Dr. Oz really this obtuse?

THE TRUMP CULT IS A DEATH CULT

For context, there are 56 million+ kids in U.S. schools.

From Heather Hastie via Ann German:

Omfg. My friend got some giant fake teeth to lighten the quarantine mood…and then his dog Thomas stole them. pic.twitter.com/43JDgiMfm8

This first one is PLENTY WEIRD. Only one species does this motion, and look how the babies ape it (the birds can also walk “normally”). I asked Bruce Lyon, “What the deal with the woodcock?” and his answer is below the tweet.

Jkhkhjjmkhj! LOOK AT THESE BABY WOODCOCKS PRACTICING THEIR BOOTY BOP

From evolutionary ornithologist Bruce Lyon in response to my asking, “Why do they walk like that that?”

I have no idea, but it is as adorable as it is interesting. That chicks do it suggests it is probably important and likely in a survival context; my first instinct would be something connected to predation but some folks in the thread wondered if they use it to find worms (a big part of their diet). I would think that works only if they really slap the ground; there are species of birds than do this but I cannot remember them right now.

I went to the species account online and found this comment about the ‘silly walk’ (John Cleese would be amused by these birds; in case you are not familiar with him he did silly walk skits with Monte Python):

“Occasionally, walking changes to a rocking motion (Marshall 1982a), observed while birds feed (see Food Habits: feeding/food capture and consumption) when female returns to nest after having been flushed from it (Pettingill 1936a) and when birds are “caught”/observed walking in the open (DGM).”

The fact that females use it to return to their nest, which often involves cryptic behaviors, and that birds use it when walking in open habitat, makes me wonder how it would make them less detectable by predators. Perhaps it is a motion version of disruption in the  way that patterns and colors can lead to disruptive visual patterns that are harder to detect. This is a complete guess though. Because the behavior is associated with foraging, folks assume that it helps them find their prey; another option is that it makes the birds less detectable by the worms?

Re the tweet below: Matthew wants me to ask the readers what you’d choose. He said he’d “probably choose a Zoom screen.” Some answers are in the thread for this tweet.

I asked my students (for extra credit) to select one COVID-19 artifact that they would suggest to a historian 100 years from now for an exhibit. The results are moving and heartbreaking. The only rule was they couldn't say anything medical since that would be easy (masks etc)

Crikey: Lock this person UP!

WHO FLEW WITH CRABS?! pic.twitter.com/c0cux6Jyyi

This one speaks for itself:

A Scottish journalist, here to report on the bushfire crisis, has been given a taste of our legendary Aussie humour. Debi Edward kitted up in armour after being told she'd meet a vicious ancestor of the koala, a drop bear. https://t.co/SLgDcloB5E #AusFires #7NEWS pic.twitter.com/rhsZwy1kDB

If you are too nervous to go to the grocery store, take a lesson from this gull, who has discovered another way to get food: