Today we have a mélange of photos from several contributors. Their own words are indented (and please send me good photos):

First, from reader David Fuqua, something we need: the bluebird of happiness.

Being housebound this spring has given me a chance to observe the Eastern Bluebirds (Sialia sialis) nesting. The mother and father are both very busy right now feeding the babies. They have been at it for about a week, and the chicks should be leaving the nesting box in a couple of weeks. 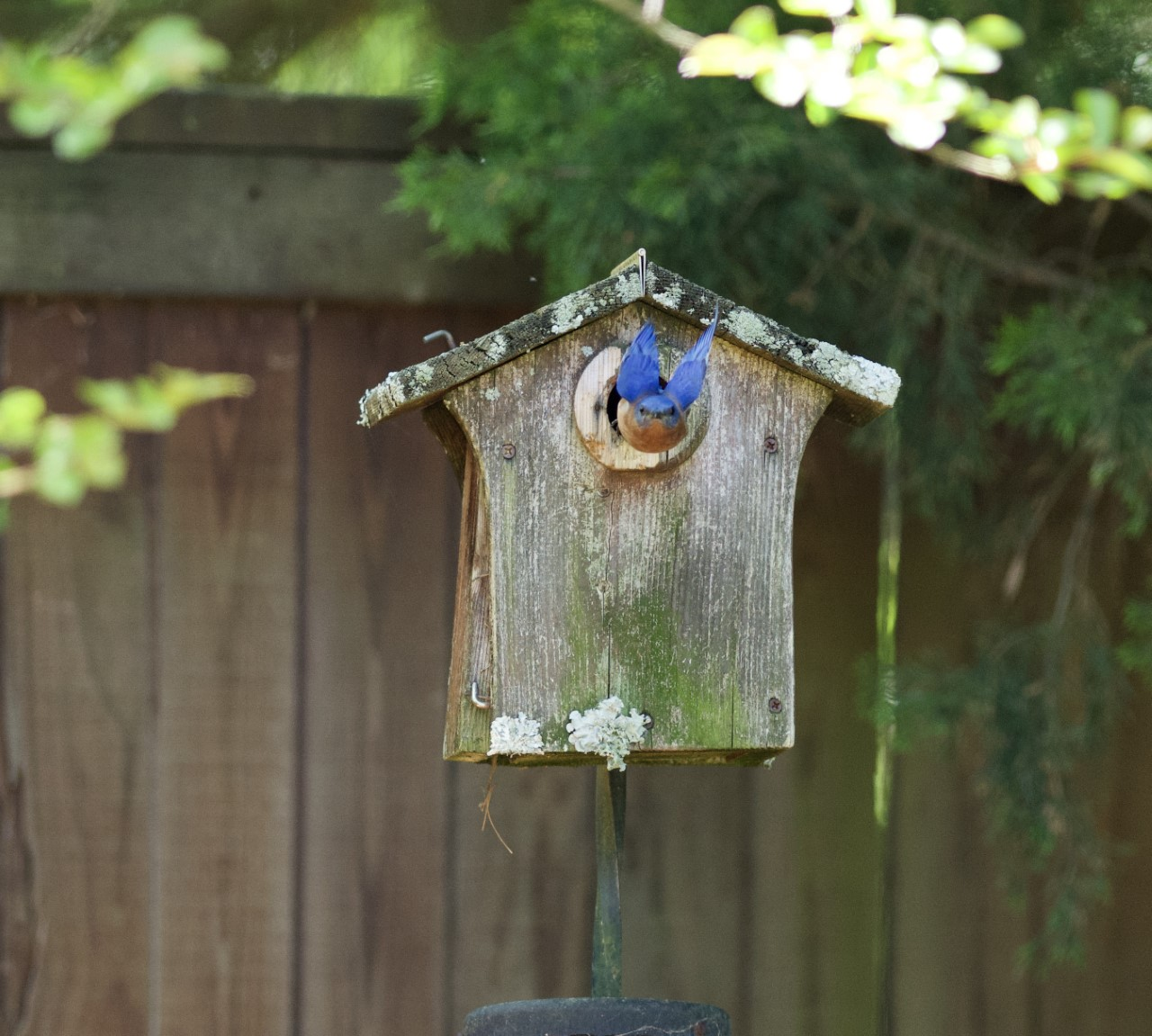 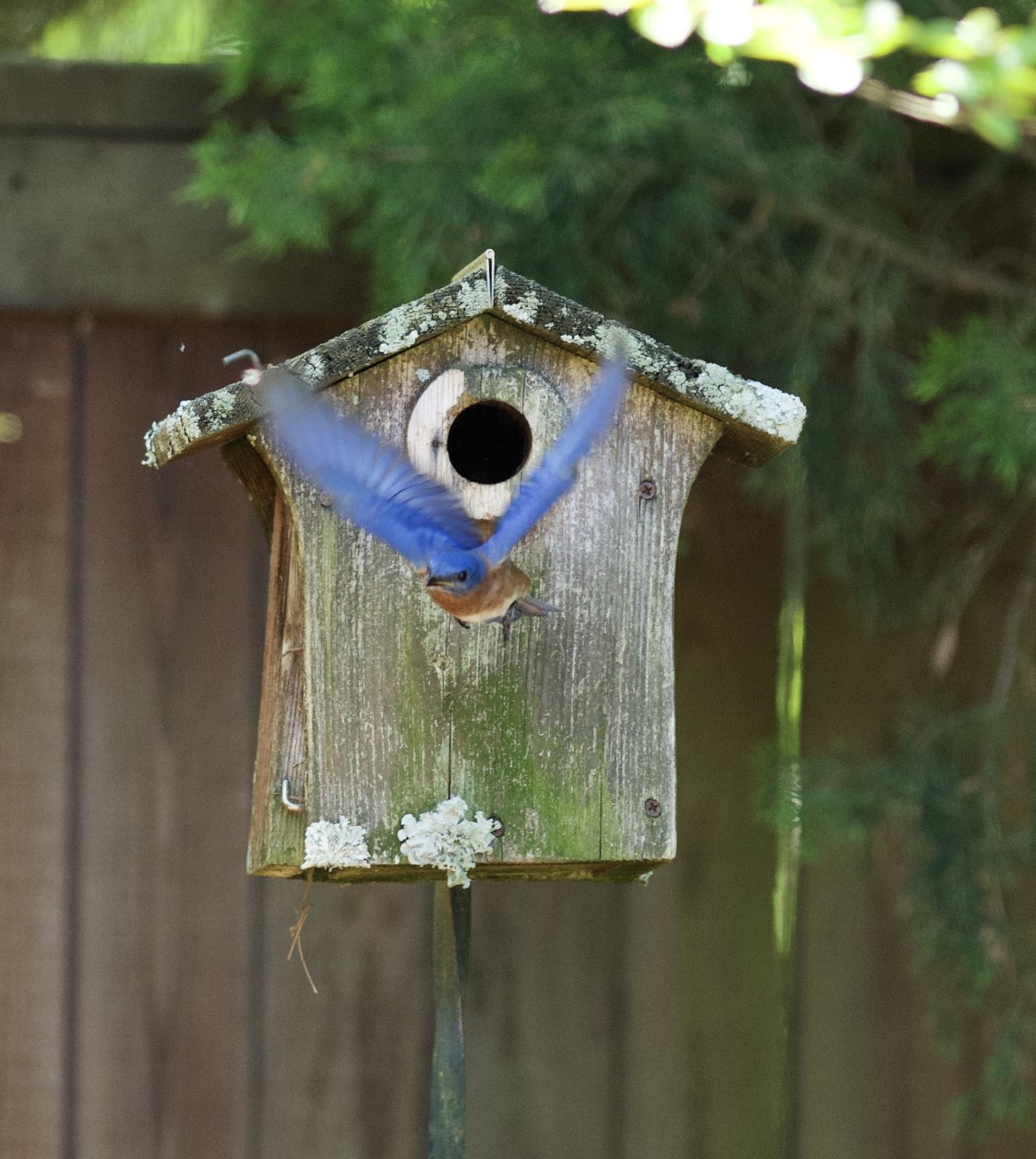 A sleepy possum in Brisbane, sent by reader Peter:

I thought you might enjoy this close up photo of a common brushtail possum (Trichosurus vulpecula, from the Greek for “furry tailed” and the Latin for “little fox”, previously in the genus Phalangista) who sometimes sleeps on our front deck. I think he is old for a possum as he doesn’t seem to care much when you get up close to take a photo. He is probably also half asleep when I took this photo on my phone, from about one foot away from him or her. Possums are both cute and annoying in that they can destroy your trees and garden but then they can also be adorable. 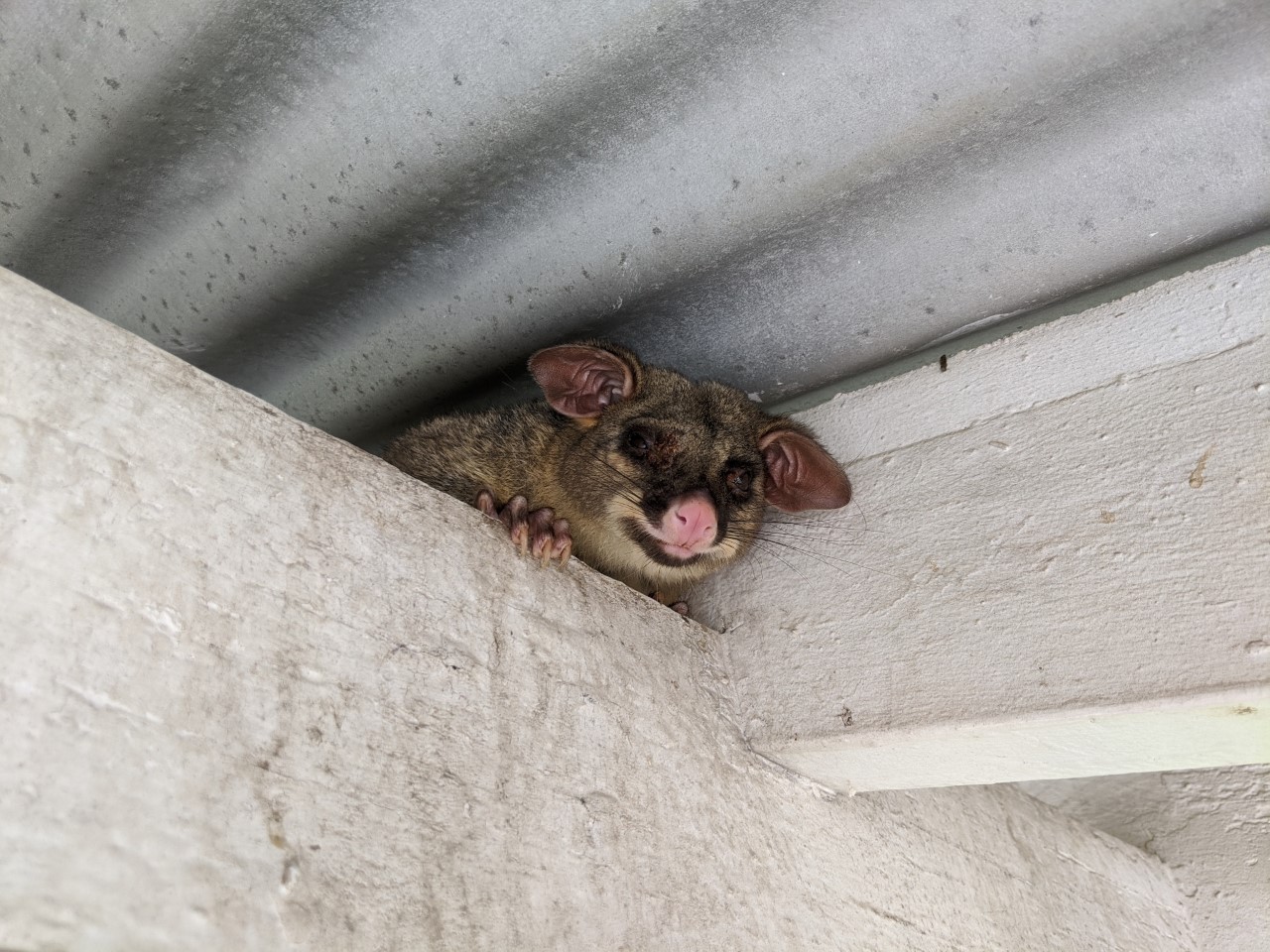 Some photos of an Honorary Cat from Garry VanGelderen in Ontario:

I went for a short walk yesterday afternoon [April 17]. Coming back, this red fox (Vulpes vulpes) was lying next to the driveway right in front of the house, taking a rest and grooming itself. It let me walk by without moving. So I took some pictures, then fed it some food scraps. My photos took about 10 minutes to snap [JAC: there were several more; I chose two]. It is the same fox that snatched a squirrel off my deck a few days ago. 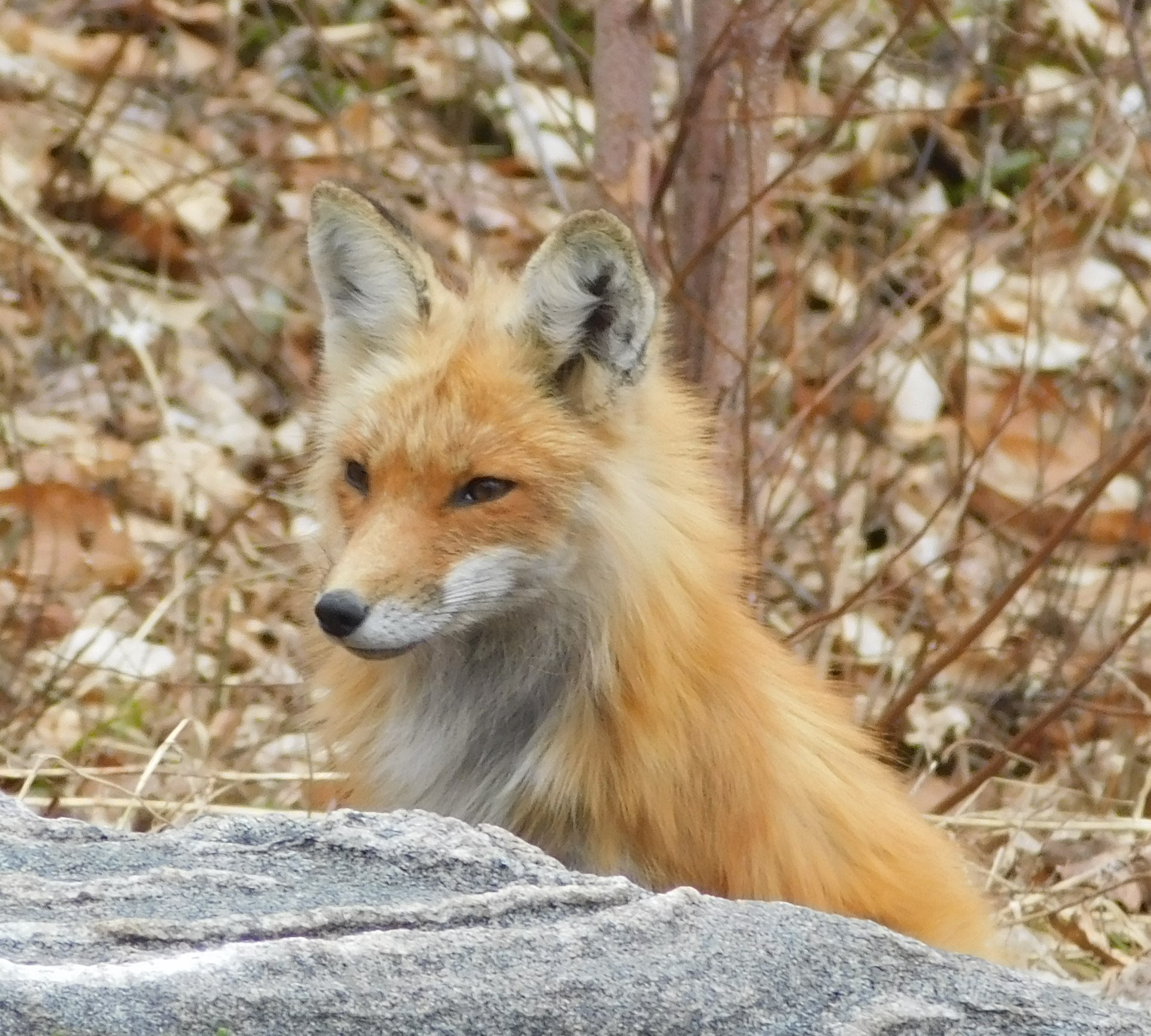 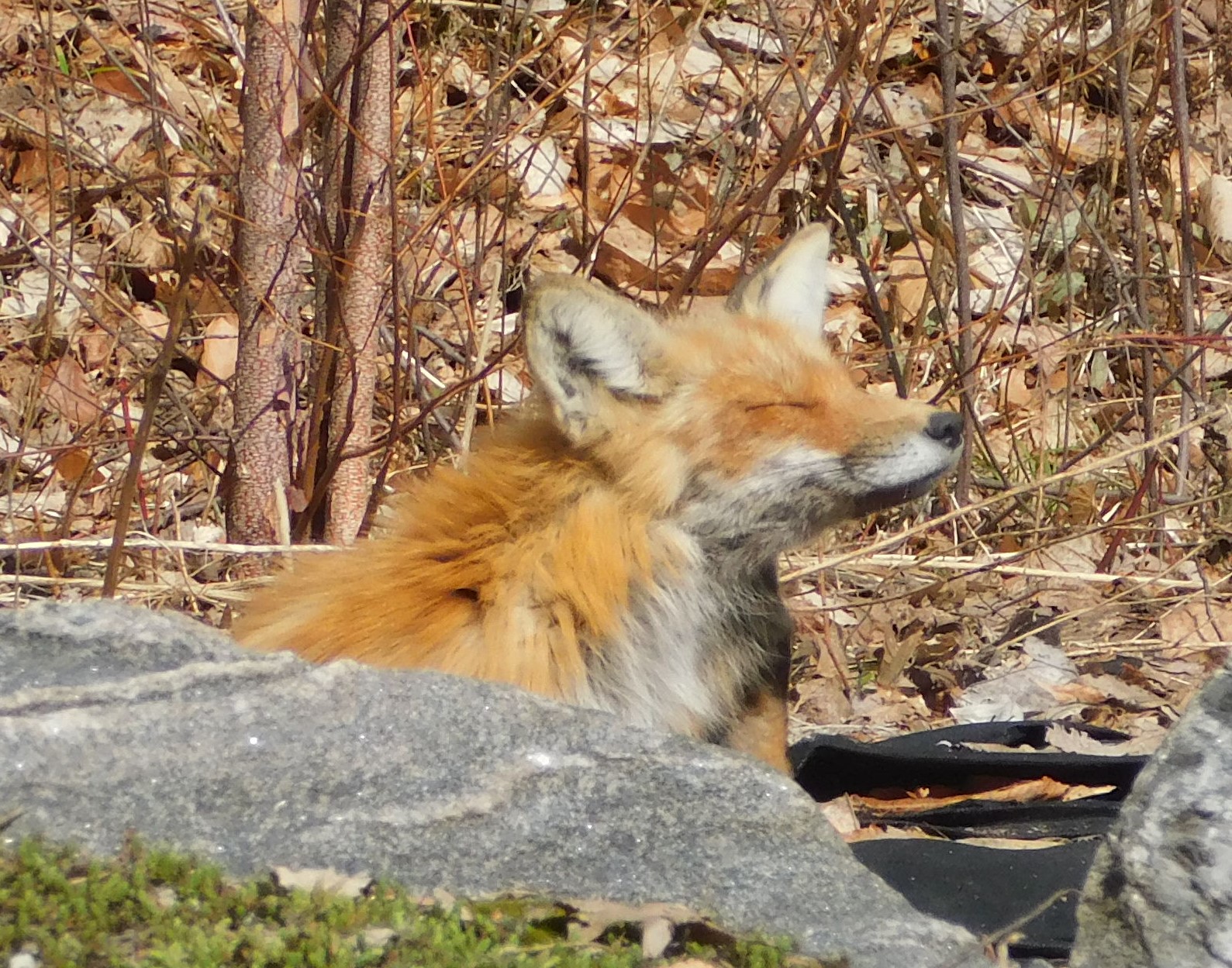 And two astronomy photos from reader Tim Anderson in Australia:

Centaurus A is one of the closest galaxies to the Milky Way and is a very bright emitter in Xrays and radio frequencies, The black hole at the galaxy’s core sends out two jets of material that travel at half the speed of light and are thousands of light-years long. Cent A was discovered in 1826 by James Dunlop from his home in Parramatta NSW.
The image is a compilation of 180 60-second exposures from a 100mm refractor and an astronomical camera. 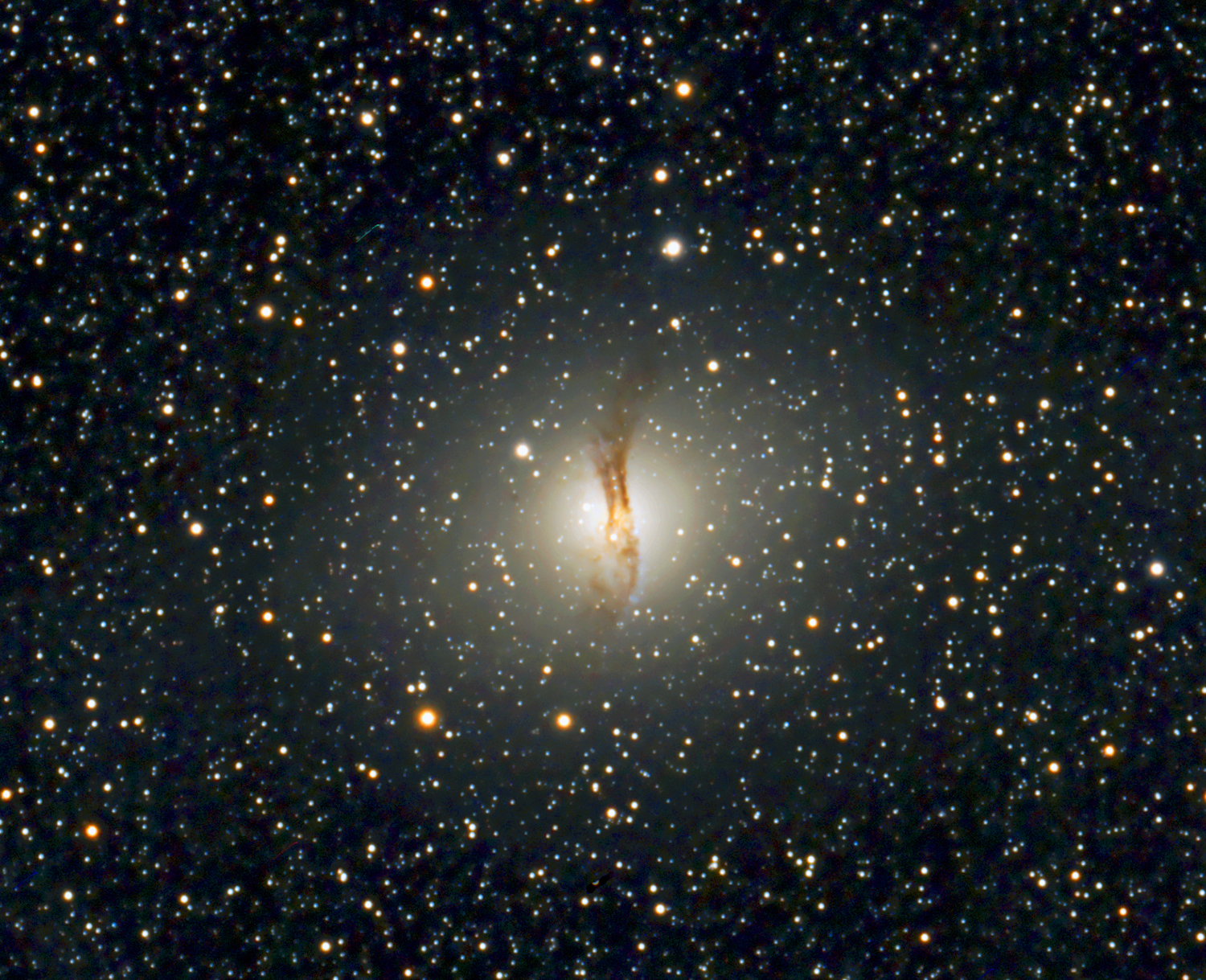 Messier 83 was first observed by Nicolas Louis de Lacaille from the Cape of Good Hope in 1781. It is a face-on barred spiral galaxy not unlike the Milky Way. Every object in the galaxy does a 200-million-year orbit around the galactic core. In our case, we have done twenty such orbits since the Solar System formed. 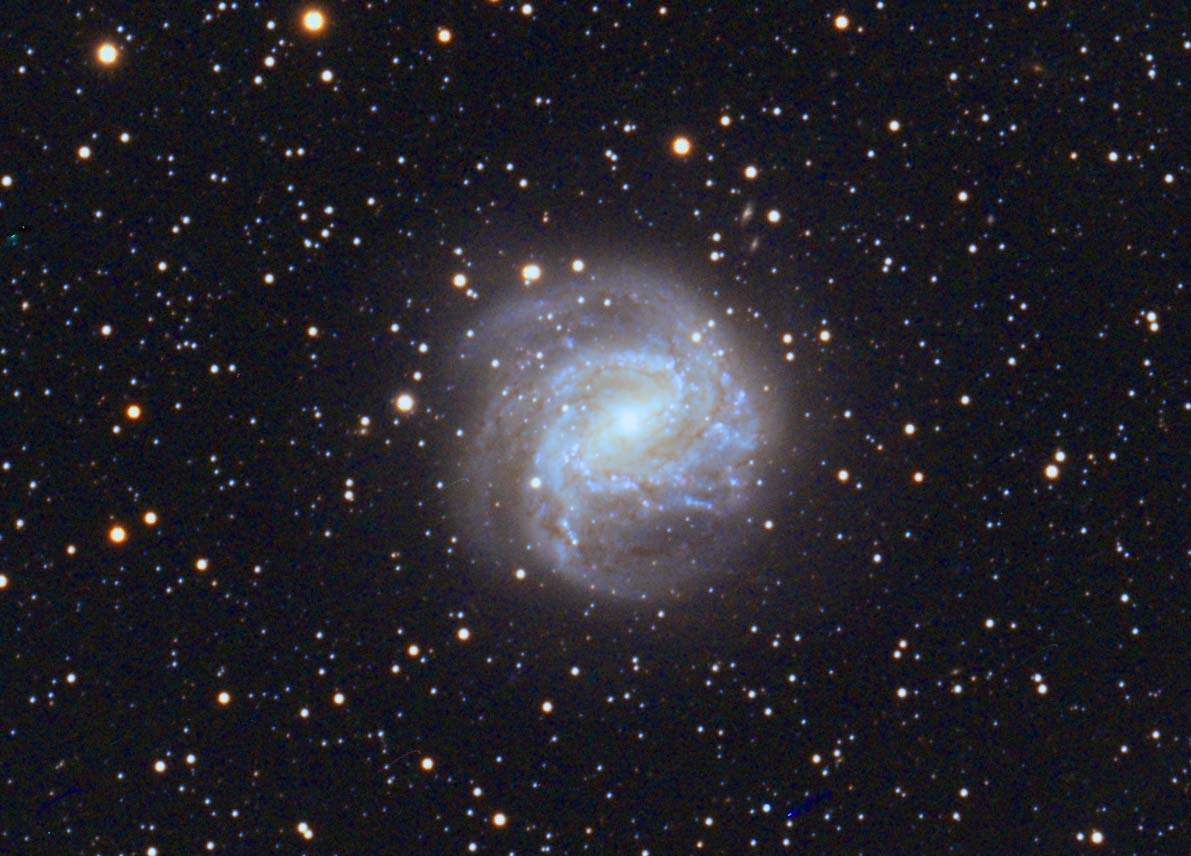