Good morning at the end of another wretched “work week”—if that concept even exists any more. It’s Friday, April 17, 2020, and a double food holiday: National Cheeseball Day and World Malbec Day. Forget the cheeseballs (a dire comestible) and drink the Malbec.

Here is a cheeseball: 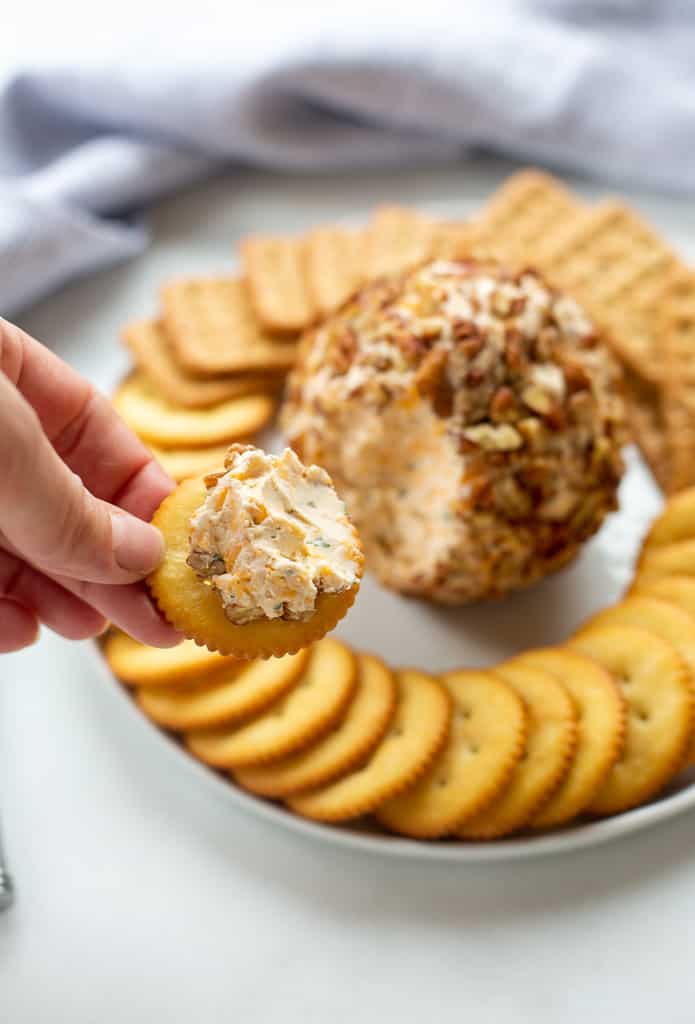 Here is another cheeseball: 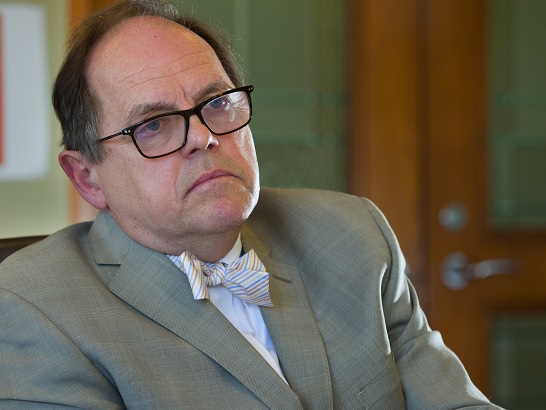 Finally, it’s Bat Appreciation Day, which should certainly be canceled this year, along with World Pangolin Day next year (that’s on the third Saturday in February).

It’s snowing again in Chicago, with several inches predicted, although it will all be gone tomorrow when temperatures rise and become springlike. I saw Honey for a bit less than an hour yesterday, when she flew down to the pond to have a big feed and a long preen and bath. Then, with Wingman accompanying her for a few seconds, she flew back to her nest. She must have been hungry and grubby.

Here’s one photo. Look at her gorgeous speculum! I have a lot of photos and videos to post today and this weekend. 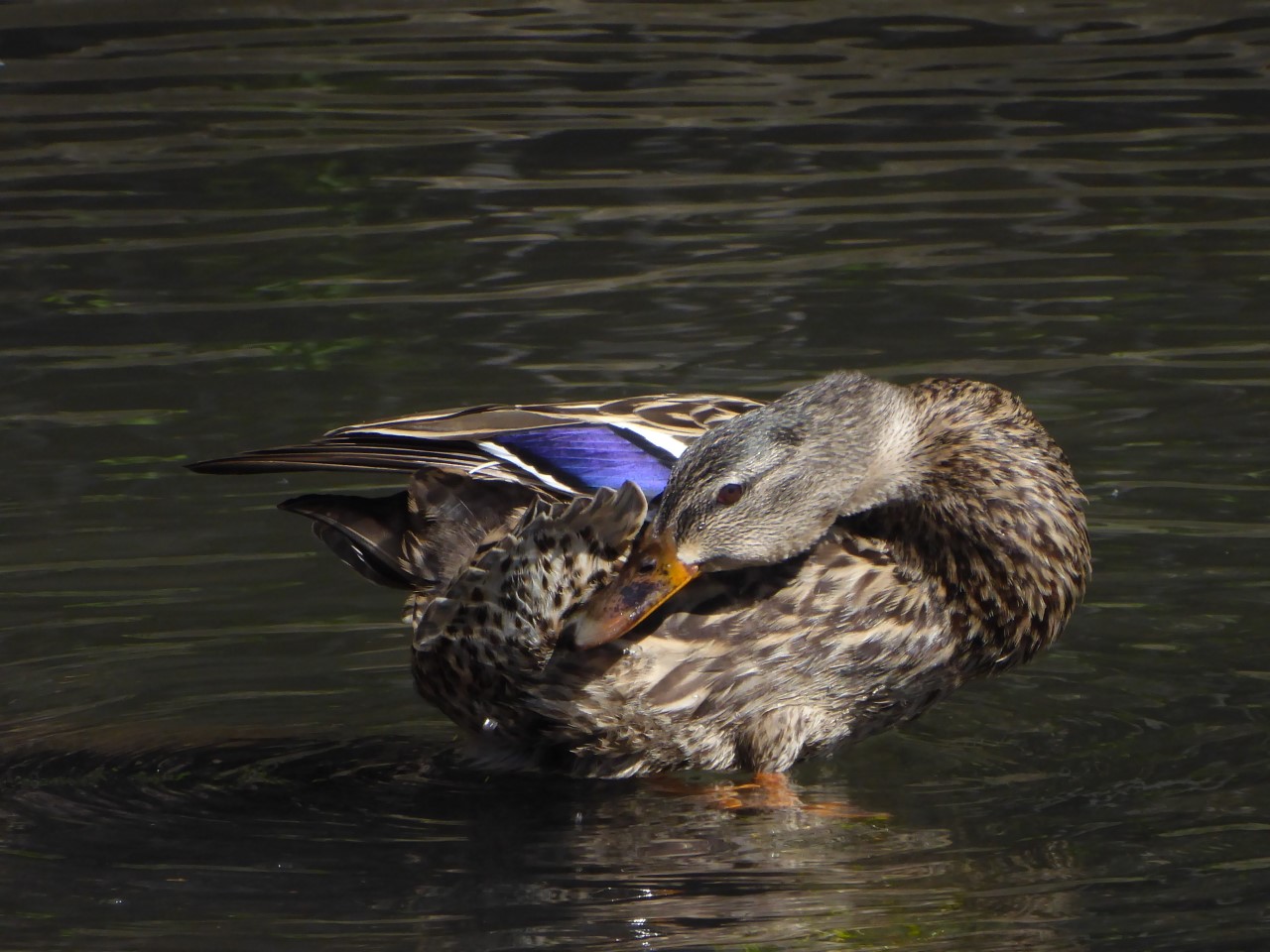 Today’s Google Doodle celebrates teachers as “coronavirus helpers” (click on screenshot). Unlike the other ‘helpers’, they aren’t really at risk for teaching at a distance, and distance teaching isn’t, I think, something be celebrated. For most teachers it’s an undesired consequence of the pandemic; here Google makes a virtue of necessity:

News of the Day: Bad but things are looking up a bit, though not with the Trump Administration. In the U.S., as of this morning 34,784 have died from coronavirus while the worldwide toll is 145,568.  The U.S. has released some “guidelines” for opening up America; I haven’t yet read them carefully, but Trump claims that some places can begin opening up before May 1.  The New York Times summarizes the three-step plan:

In states judged to be doing well enough to enter the first phase, people would still be urged to avoid socializing in groups of more than 10, employers would be asked to encourage telework, and schools would remain closed. But some large venues — including restaurants, movie theaters, sporting venues and places of worship — would be allowed to operate under strict physical distancing protocols, elective surgeries could resume, and gyms could reopen as long as they maintained physical distancing. Bars would remain closed.

In the second phase, schools could reopen and people would be advised to avoid social gatherings of more than 50 people. By the third phase, states with no evidence of a resurgence of infections would be able to resume unrestricted staffing of work sites, visits to hospitals and nursing homes could resume, large venues could operate under limited social distancing protocols, and bars could reopen with increased standing room.

All well and good, but when to take these steps will involve  hard decisions, and the administration offered no guidance. At least Trump has left these decisions to the governors (not all of whom are to be trusted, and I’m talking about you, Ron DeSantis) rather than asserting a kingly prerogative to open up the country at The Chief Moron’s bequest.

I am getting more stir-crazy, cranky, and unable to concentrate. I’m a social animal! Further, my hair is growing longer and shaggier (see below). I guess everyone’s either letting it go or getting haircuts from their spouse/paramour: 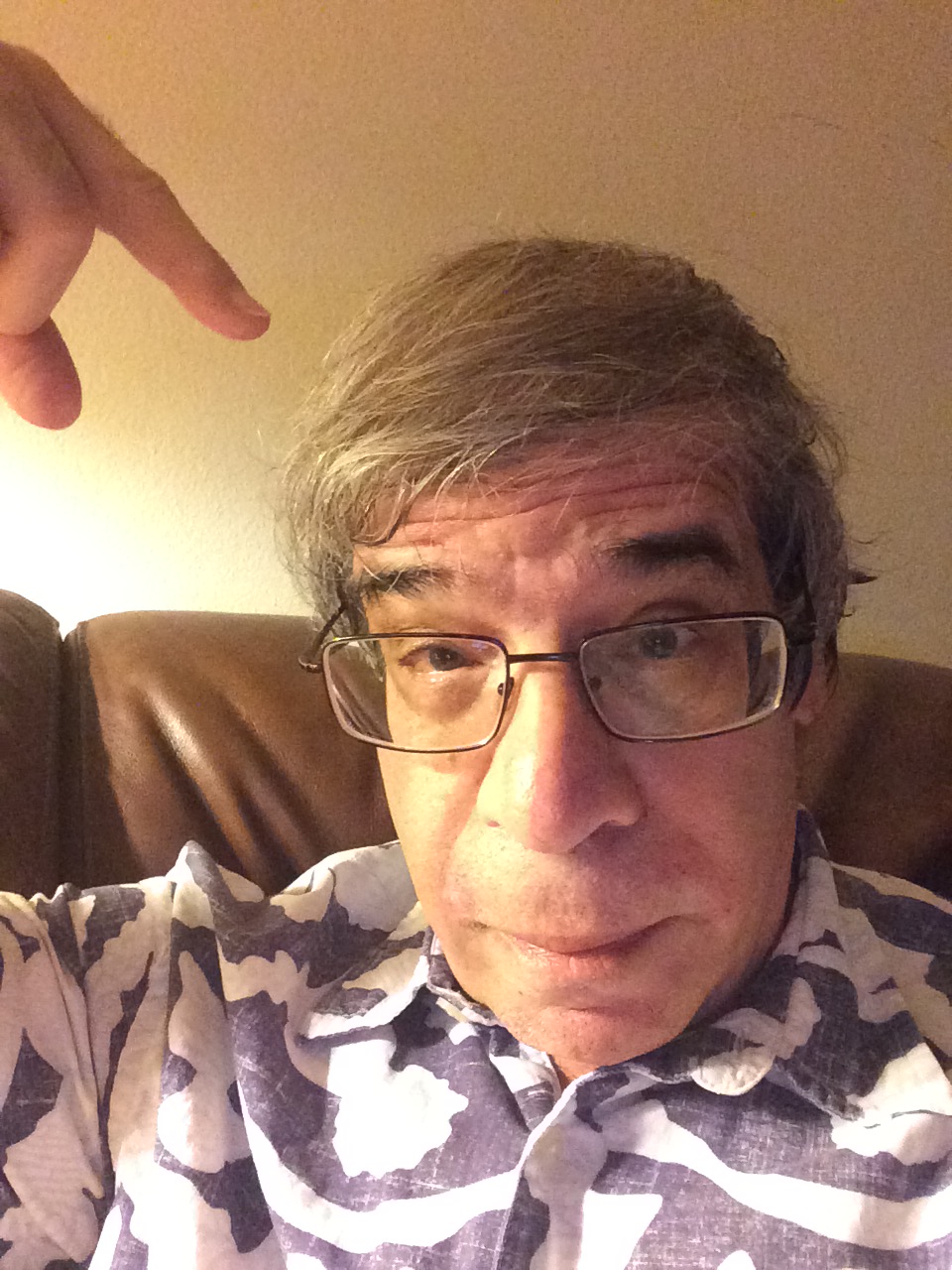 It’s not a banner day for anything today: events, births, and deaths are, as they say, “thin on the ground.”  Stuff that happened on April 17 includes:

Remember Señor Wences, who made many appearances on the Ed Sullivan show? It always went something like this (looking at it, Wences appears to have been a lousy ventriloquist!):

Those who met their “sell by” date on April 17 include:

Meanwhile in Dobrzyn, Hili and Szaron, while not exactly friends, can tolerate each other, even when they’re close together. But Hili remains indifferent:

Hili: I don’t see him at all.
A: Indifference may be a beginning of acceptance. 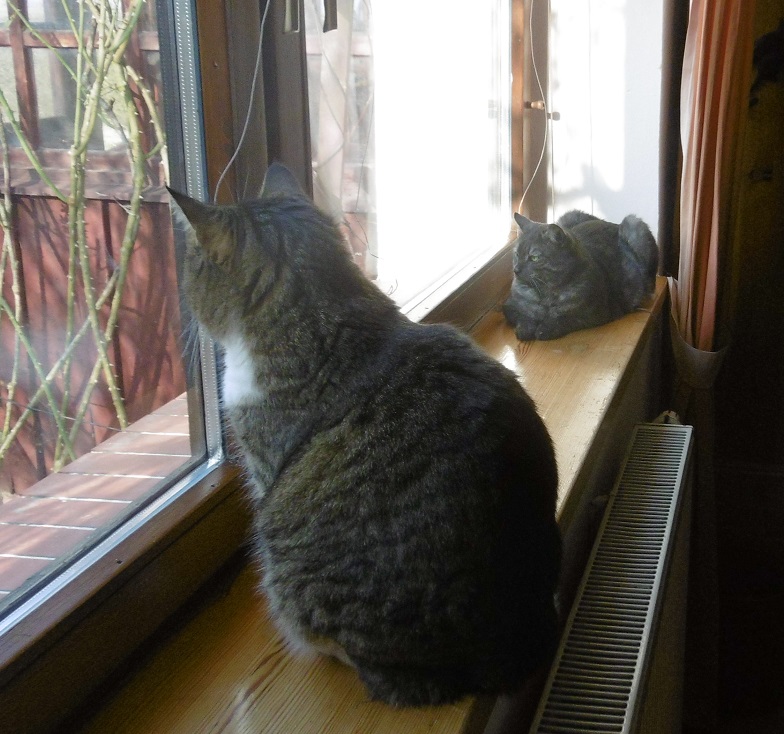 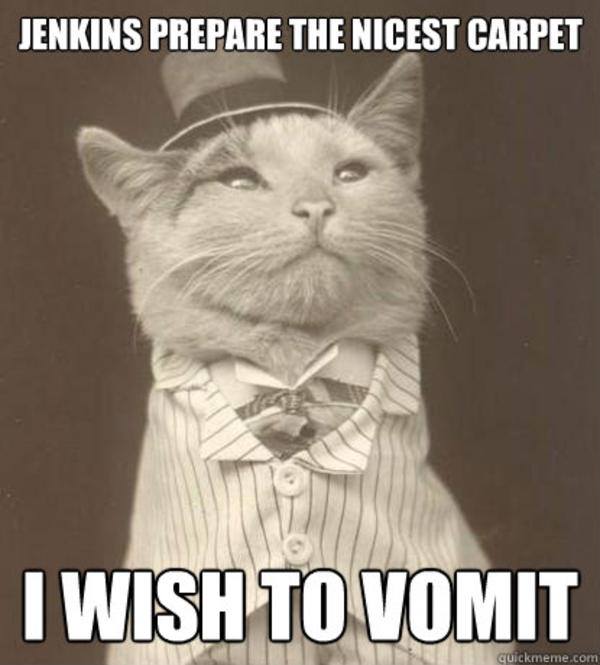 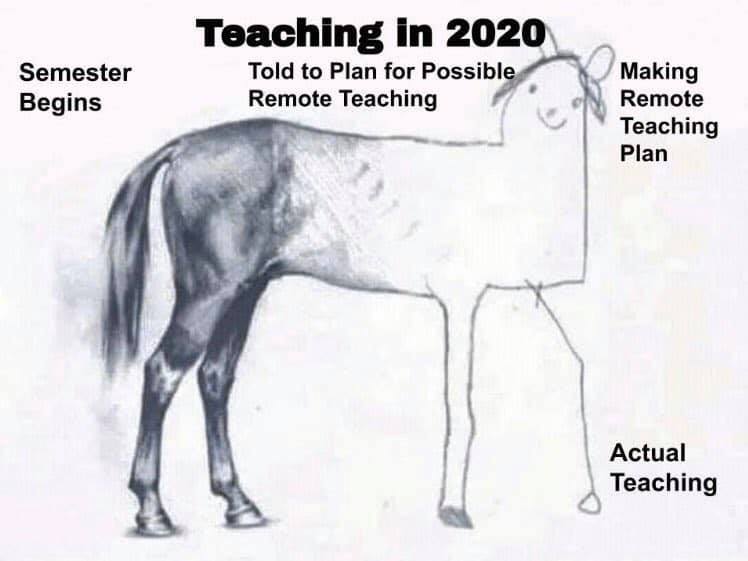 Posted by Diana MacPherson (as I recall): 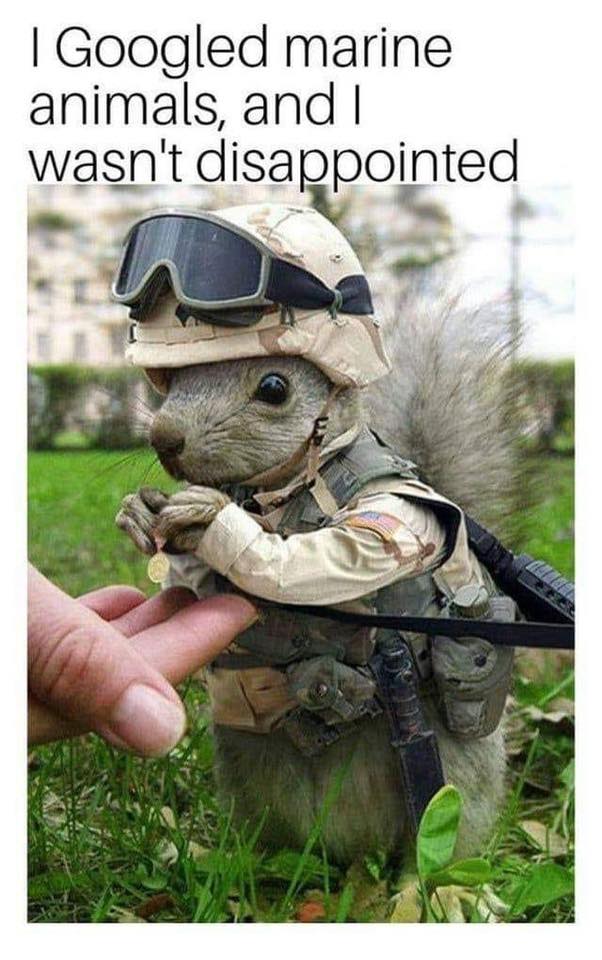 A tweet found by Muffy. I hope someone’s taking care of the kittens:

From Heather Hastie. This is about as far from “majestic” as you can get, but hey, it’s a d*g!

A tweet sent by reader Barry. Oy, does that rodent love his pizza!

Move over, pizza rat. 🍕 A Philadelphia woman found a groundhog outside of her home munching on a piece of pizza for over an hour, completely unfazed by her two dogs. https://t.co/gEmBJydTQ4 pic.twitter.com/T0730yXPbt

From Jeremy. I suppose the lions like the road because it’s warm:

Kruger visitors that tourists do not normally see. #SALockdown This lion pride are usually resident on Kempiana Contractual Park, an area Kruger tourists do not see. This afternoon they were lying on the tar road just outside of Orpen Rest Camp.
📸Section Ranger Richard Sowry pic.twitter.com/jFUBAWvmsA

Tweets found by Matthew. This is an excellent one!

One of the best Art in Quarantine Challenge attempts–girl in pearl earring. pic.twitter.com/69yt7DqBeF

And look at this six-foot-tall preserved heart of a blue whale!

In 2014, a blue whale washed up on the shores of Newfoundland. Scientists recovered its ~6 feet tall, 440-pound heart and preserved it by replacing its water and tissues with plastic. It's on display at the Royal Ontario Museum. HT @Rosie_H_Taylor pic.twitter.com/xDOQPwXSWP

A worthy winner of the photo contest, with a plane as lagniappe:

OVERALL WINNER of the #WildlifeWarriors NATURE’S TREASURES PHOTO COMPETITION on the theme IN THE SKY is Sonia Varma, a Veterinarian, for a stunning photograph two Ruppell’s Vultures in flight with a plane in the background taken at Nairobi National Park. 1/3 pic.twitter.com/3KQy7eNbOX