Just when you think the Chief Moron can’t do anything stupider, he comes up with this. It is not a joke. It is real.

Is there a public-health expert or an epidemiologist among them? I can’t find one.  Mostly bankers, executives, Trump buddies, and relatives. Shoot me now!

Trump is pronouncing that all authority to re-open America rests with him. That is wrong and even un-Constitional. As Andrew Cuomo said, “That’s what kings do!”

Read more about this insanity at Vanity Fair. (They say Ben Carson is on it, too, but that wouldn’t help matters.) 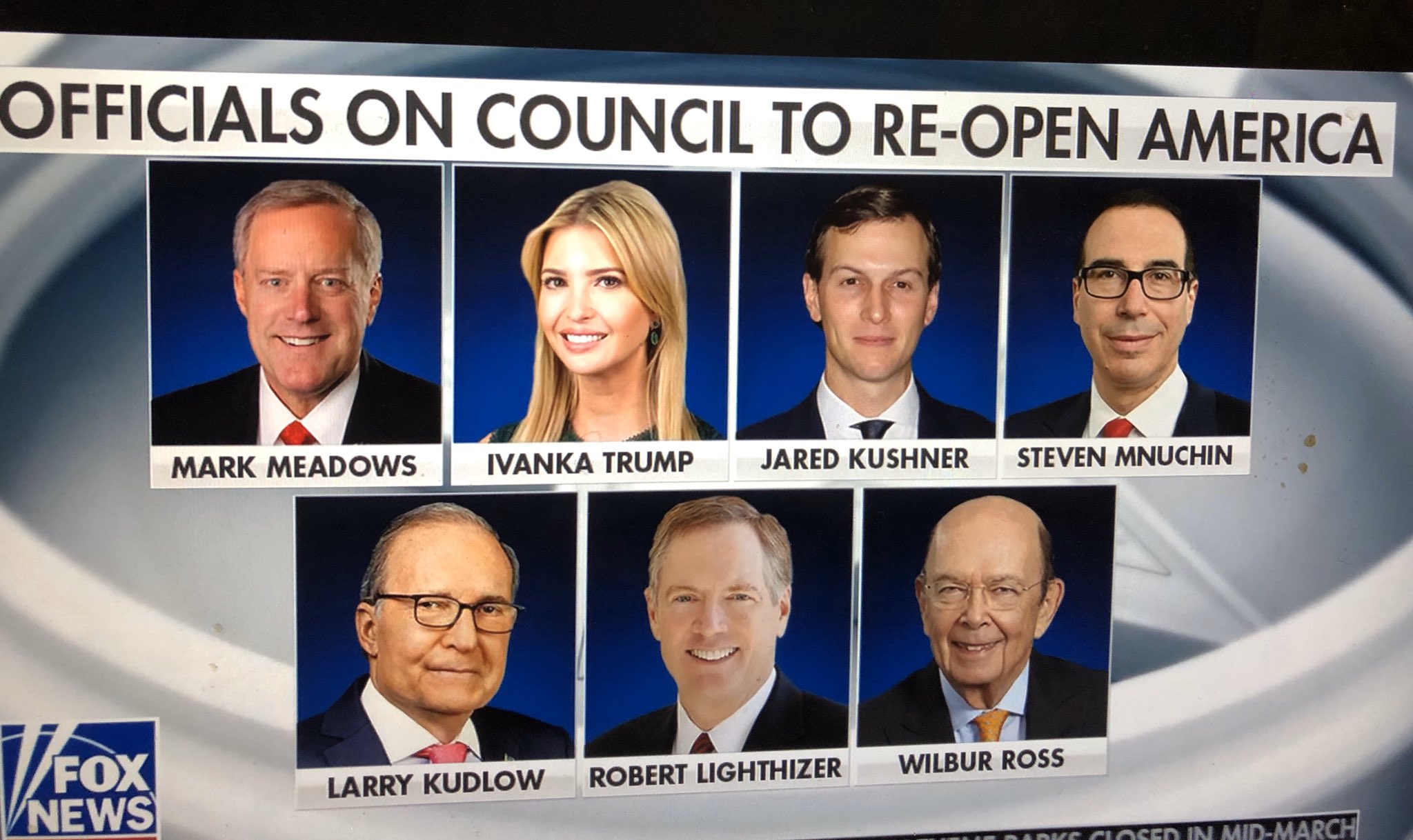 Fortunately, we have wags on the internet to temporarily boost our spirits. And this council is at least as good as the real one. 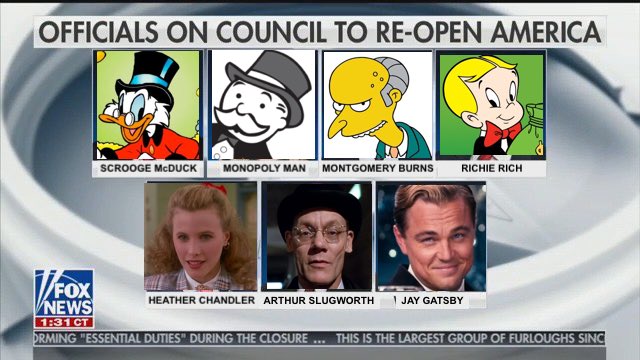 Oh, and Trump just halted U.S. funding to the World Health Organization, which bought into some bogus Chinese assertions about the pandemic early on. But stopping funding? That’s done to show that Trump doesn’t bear any blame. It’s WHO, Jake!