Well, for many of us this isn’t the end of the work week because so many people aren’t working. And it’s useless to say “TGIF”. Nevertheless, it is Friday, April 3, 2020: National Chocolate Mousse Day. It’s also National Walk to Work Day (a no-brainer for me), World Party Day, National Don’t Go to Work Unless It’s Fun Day (how many people are actually going to work?), and, finally, Fish Fingers and Custard Day. What the hell is that?, I wondered. The answer:

Fish Fingers and Custard Day commemorates the introduction of the Eleventh Doctor on the television series Doctor Who, as well as the memorable fish fingers and custard scene from the episode in which he arrives. The episode, which was released on April 3, 2010, is the first from Series 5 of the show, and is titled “The Eleventh Hour.” BBC declared the first Fish Fingers and Custard Day to take place on the second anniversary of the release of the episode. The following year, Birdseye even put the Doctor, who was played by Matt Smith, on their boxes. The day is marked by people eating fish fingers and custard and sharing photos and videos of them doing so.

Okay, so I looked up that “memorable scene,” and here it is.  (I’ve never been able to enjoy Dr. Who, but I know I’m an outlier here.)

News of the Day: Dreadful, as usual. To start your day right, have a look at the interactive coronavirus map that I’ve linked to below.  Over a million people have now been infected, over 1500 people have died in New York City alone, the hard-hit state of New York is going to run out of ventilators in six days, and you better start preparing to wear face masks in public (I assume this is not when you’re out on a solitary walk).  I will have more information on the virus and what you should do later this morning.

Today’s Google Doodle, depicting a group of stay-at-home activities, goes to a list of familiar things we’re supposed to do during the pandemic (e.g., social distance, wash hands, etc.). Click on the screenshot to see:

There’s also an interactive and depressing) world map of the rate of covid infections in different countries. Europe, the U.S., and Iran are in bad shape; Africa and Southeast Asia are as yet not hit so hard, but it’s only a matter of time .

Those were, of course, the murders attributed to Jack the Ripper.

Wilde could have fled to France and avoided jail, but stayed in England, and then spent two years in prison, then immediately leaving for France where he spent his last three years, dying a painful death at 46.  I photographed his tomb at Père Lachaise Cemetery in November of 2018 (below). It has a glass barrier around it to prevent people defacing Jacob Epstein’s Art Deco monument, but now people leave lipstick prints on the glass: 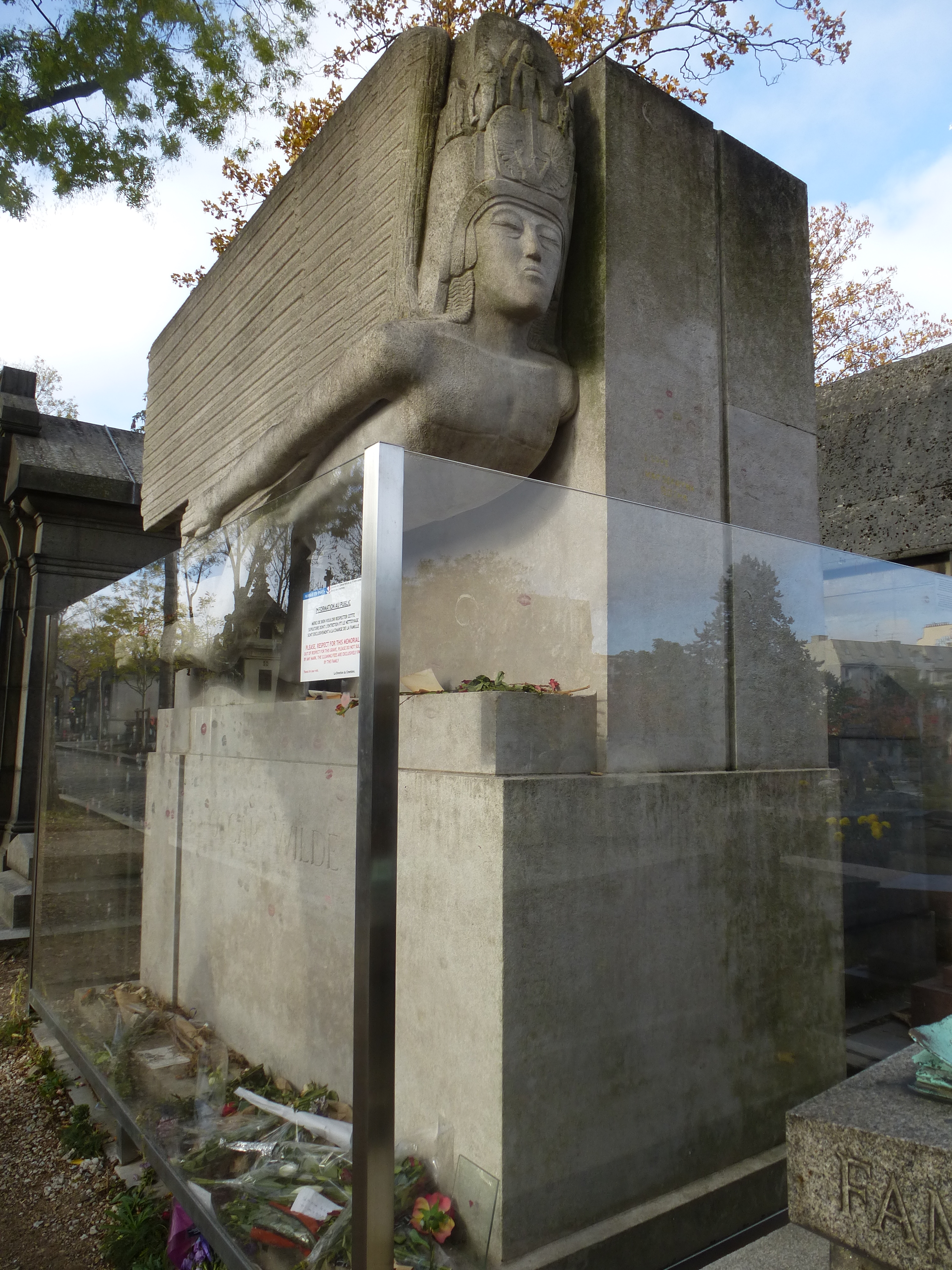 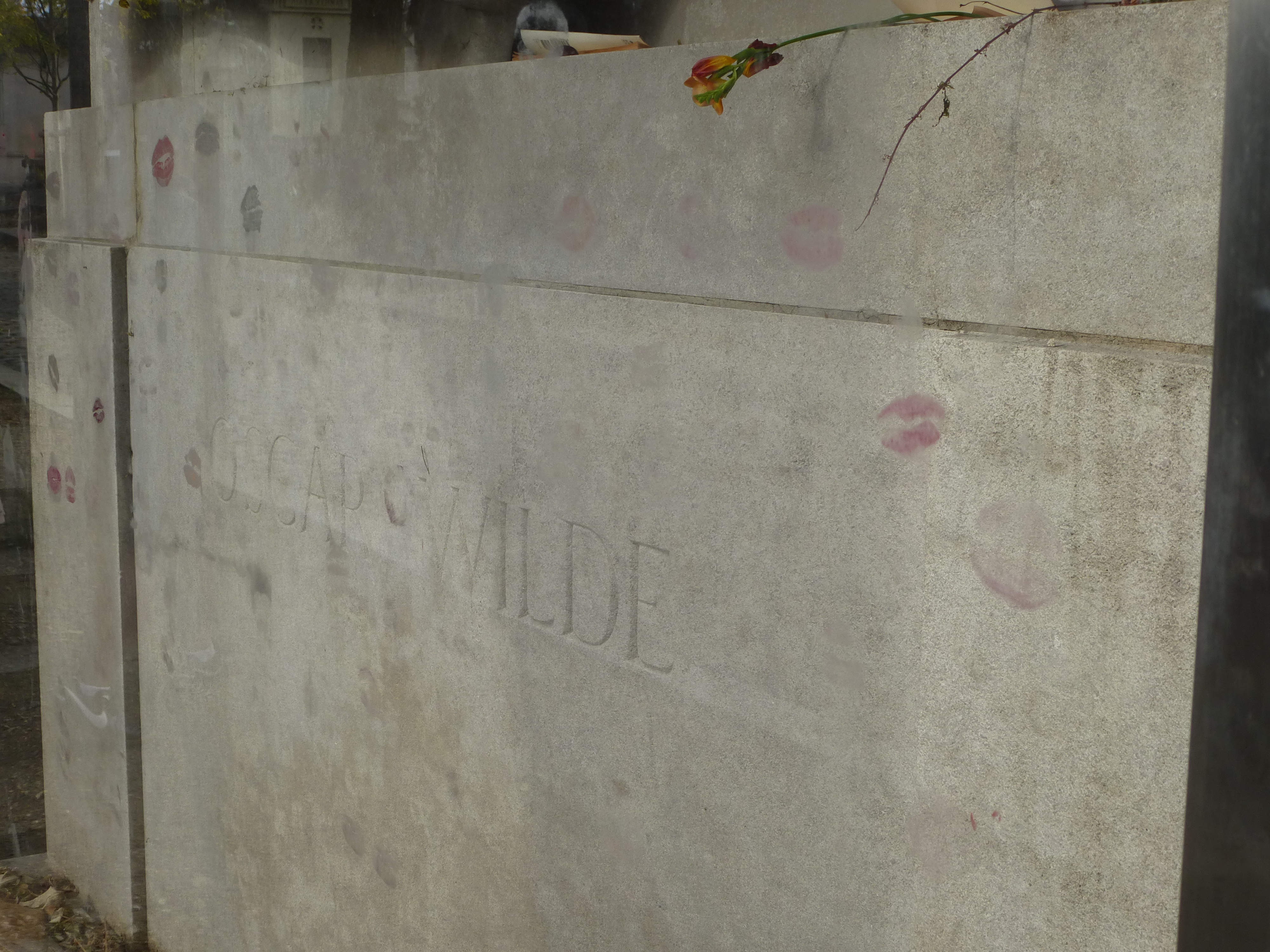 It’s still not that clear that Hauptmann actually did the kidnapping, or was otherwise involved.

I can never resist putting up videos of one of the greatest orators of our time. Here’s the peroration of the “mountaintop” speech; watch all the way to the end when Dan Rather announces King’s assassination.  (You can listen to a longer version, which includes an engrossing bit about a previous attempt to assassinate him, here.)

Some of you may remember the name of Rand, famous for her “fan dance” in which she revealed parts of her body, which appeared to be nude. In reality, she wore a bodystocking, even though she was arrested for this several times. Here’s a fan dance from 1942.

Those who went belly-up on April 3 include:

Meanwhile in Dobrzyn, Hili is rolling around in the dirt

A: Hili, you will get all dirty.
Hili: Then you will have a chance to brush me. 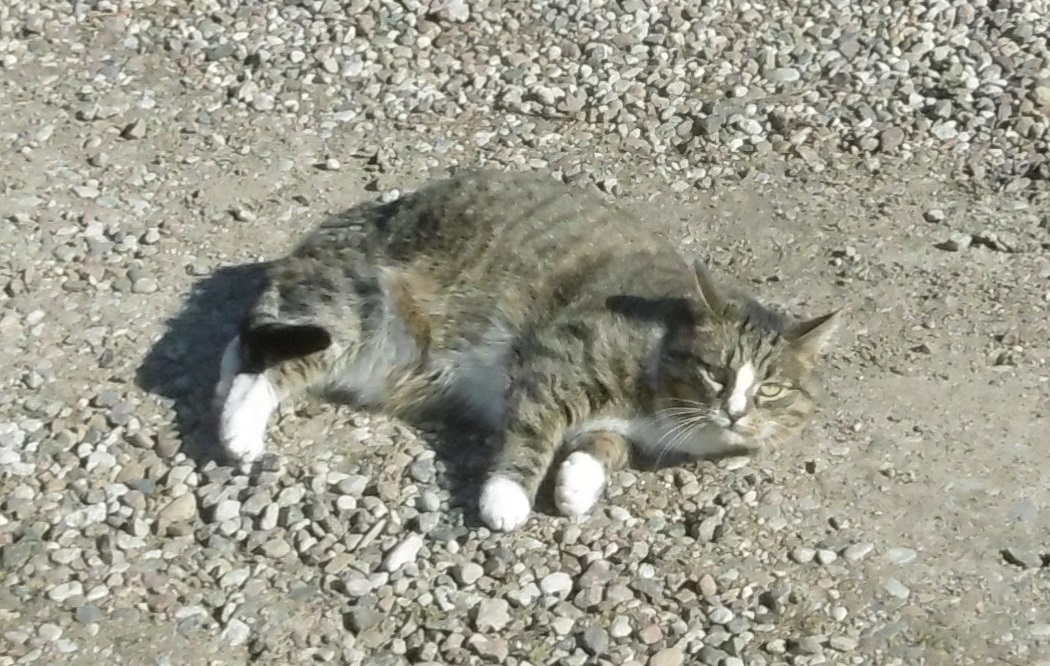 And Szaron, the new cat in Dobrzyn, is starting to take after Hili.

A meme from Anna (note that you couldn’t do make this meme with cats): 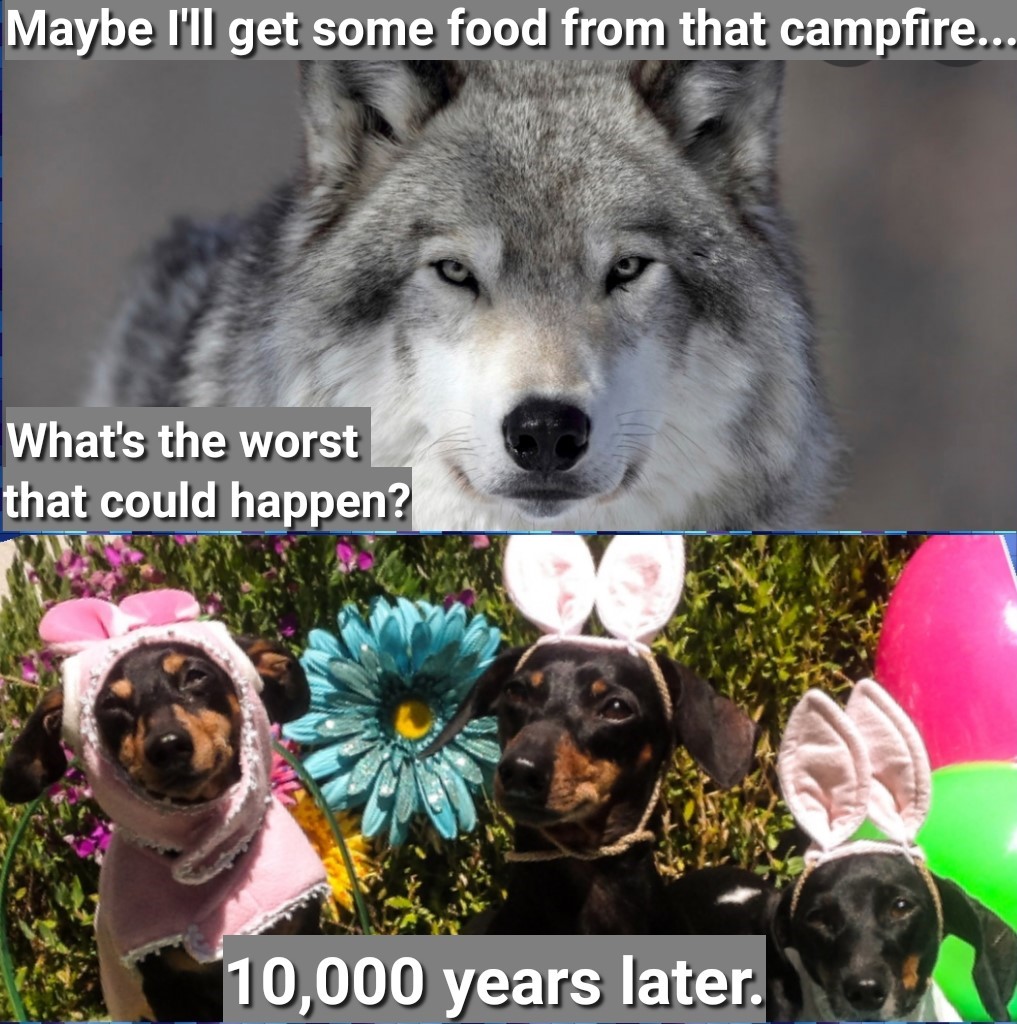 Anna also sent a photo of her growing kitten Pip (short for “Pippa”), who we’ve encountered before. She was a stray adopted from our website charity Feline Friends London. Pip should be reading rather than napping, but look at that gorgeous fur! 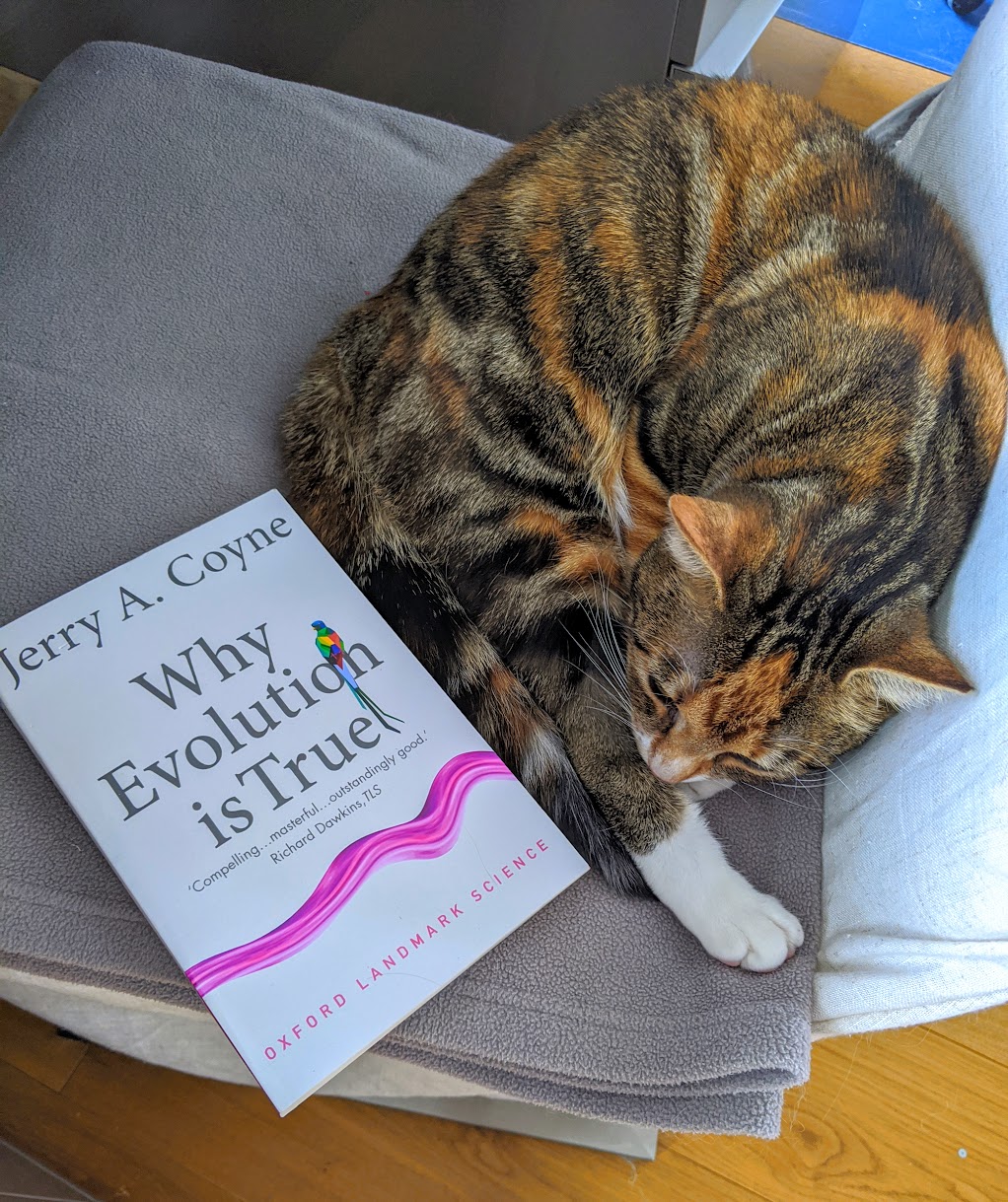 And one from Nicole: 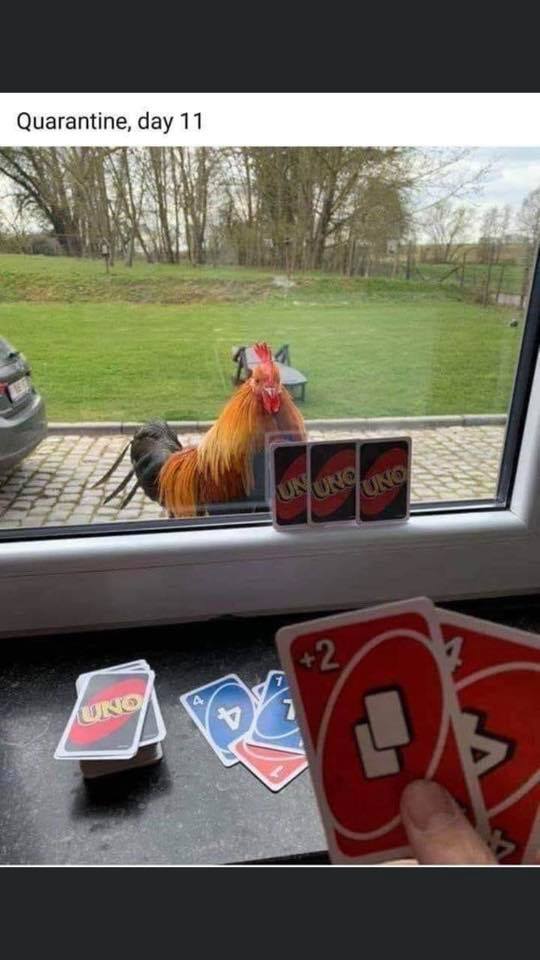 From the misnamed site Life is Better with a Dog: 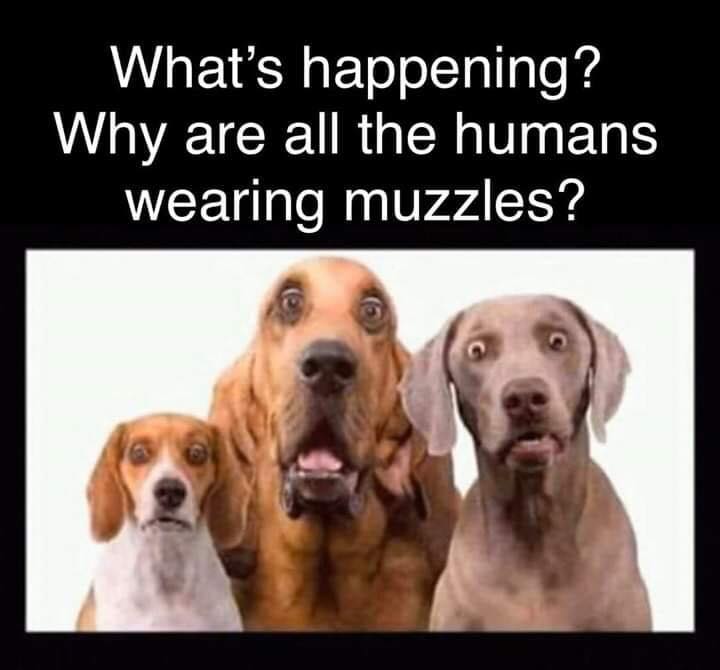 1. People are going really stir-crazy
2. They often involve their cats in this
3. This moggie didn't knock over a single cork! https://t.co/l55cw0wrgt

And a cool response. I did not know this!

From Barry. This looks painful!  I wonder what it looks like when a duck does it. (Sound on.)

Have you ever seen a chicken in the moments before they lay their egg? I hadn’t. Racer showed me today. #backyardchickens pic.twitter.com/0ZGyGXRKCg

put Sandra in charge of the federal response https://t.co/NJP8D9jB9d

While the goats in Llandudno are getting all the publicity, how about a shout out for these deer who have colonised the empty streets of Harold Hill in east London? pic.twitter.com/sOZs4Tqf25

Crikey, people get paid for the craziest stuff!  Look at this tweet (one of 23) showing “graphs” or figures from a Pepsi rebrand:

I'm having trouble concentrating on science animations right now, so instead here are some screenshots from my favourite document on the planet.

These are taken from a 'work in progress' document from Pepsi's 2008 rebrand. Every figure is as incomprehensible as this one. 1/23 pic.twitter.com/D6CNmJN863

A really nice fossil gall from 300 million years ago:

Plant gall discovered on a 300 million year old horsetail.
New collaborative research between @AmgueddfaCymru & colleagues across the world show how insects were interacting with plants in “deep-time”

Even the horsetails could not escape insect attack!
https://t.co/gm8LouMFwv pic.twitter.com/HdESyL3KvQ

What a fantastic response!

Correct. One is a needed medical procedure, and the other is a book club. https://t.co/T1Mkndfg2H