Reader Douglas Pew sent a “spot the. . ” photo, this time an amphibian. The first picture is the puzzle, while the second shows the rescued frog.

As I finished clearing out the leaves of my window well I noticed this heretofore unseen inhabitant.  Either it leapt into the now leafless depression or I was deceived by its camouflage.  Likely the later, because when I sent the photos to my frog-adoring friend I was unable to locate the frog I swore I had just photographed. I persevered and there it was in the photo all along.

Can you spot it? (Click to enlarge.) I would rate this medium-easy. Reveal at 11 am Chicago time. 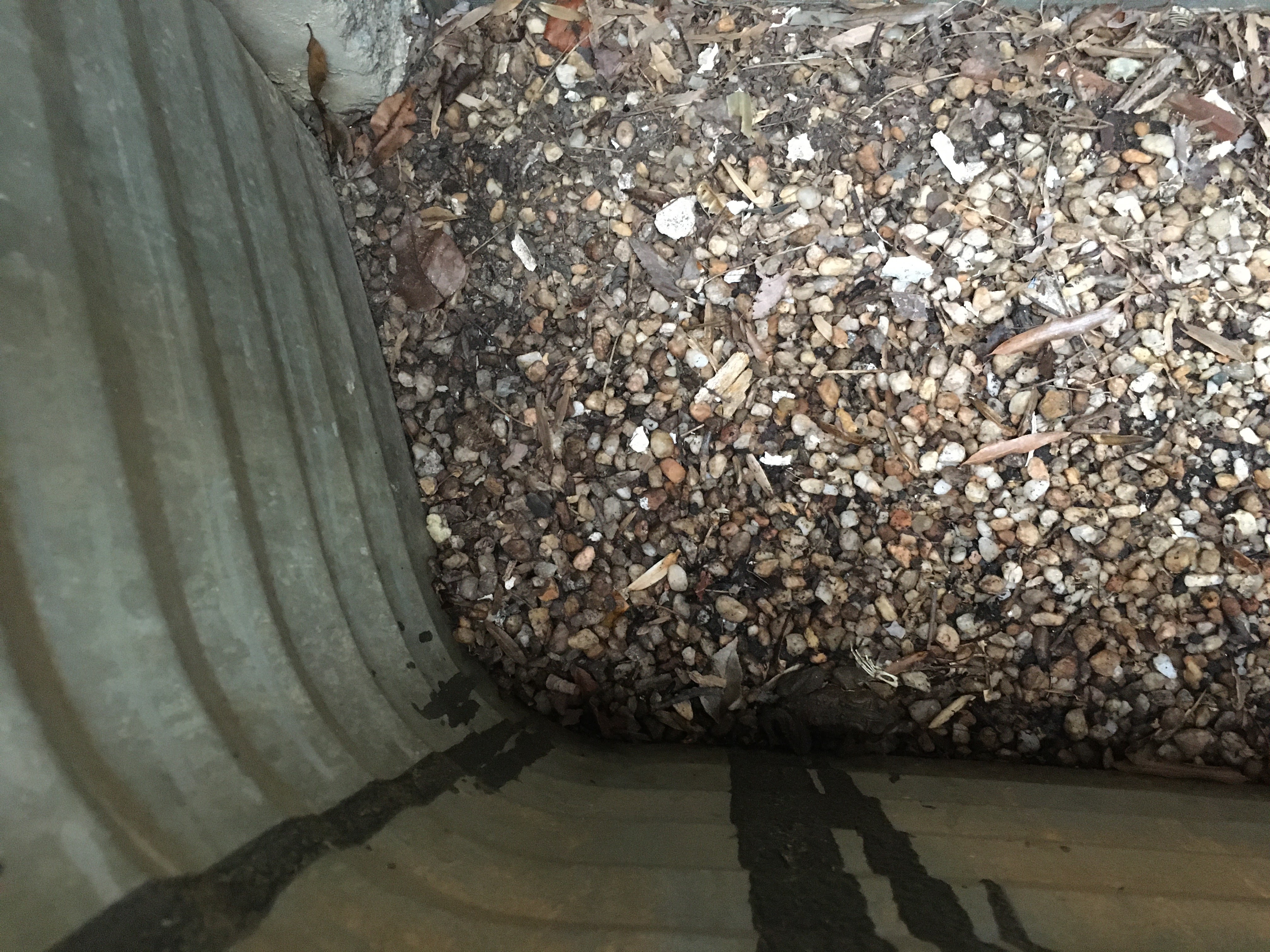 The second photo is the frog posing after his rescue. I do hope that he doesn’t return to the window well.  Even better, I will devise an escape route for future unfortunate wanderers. Perhaps chicken wire as one individual has suggested. As you may see in the photo another creature was less fortunate than this cute fellow so something must be done. 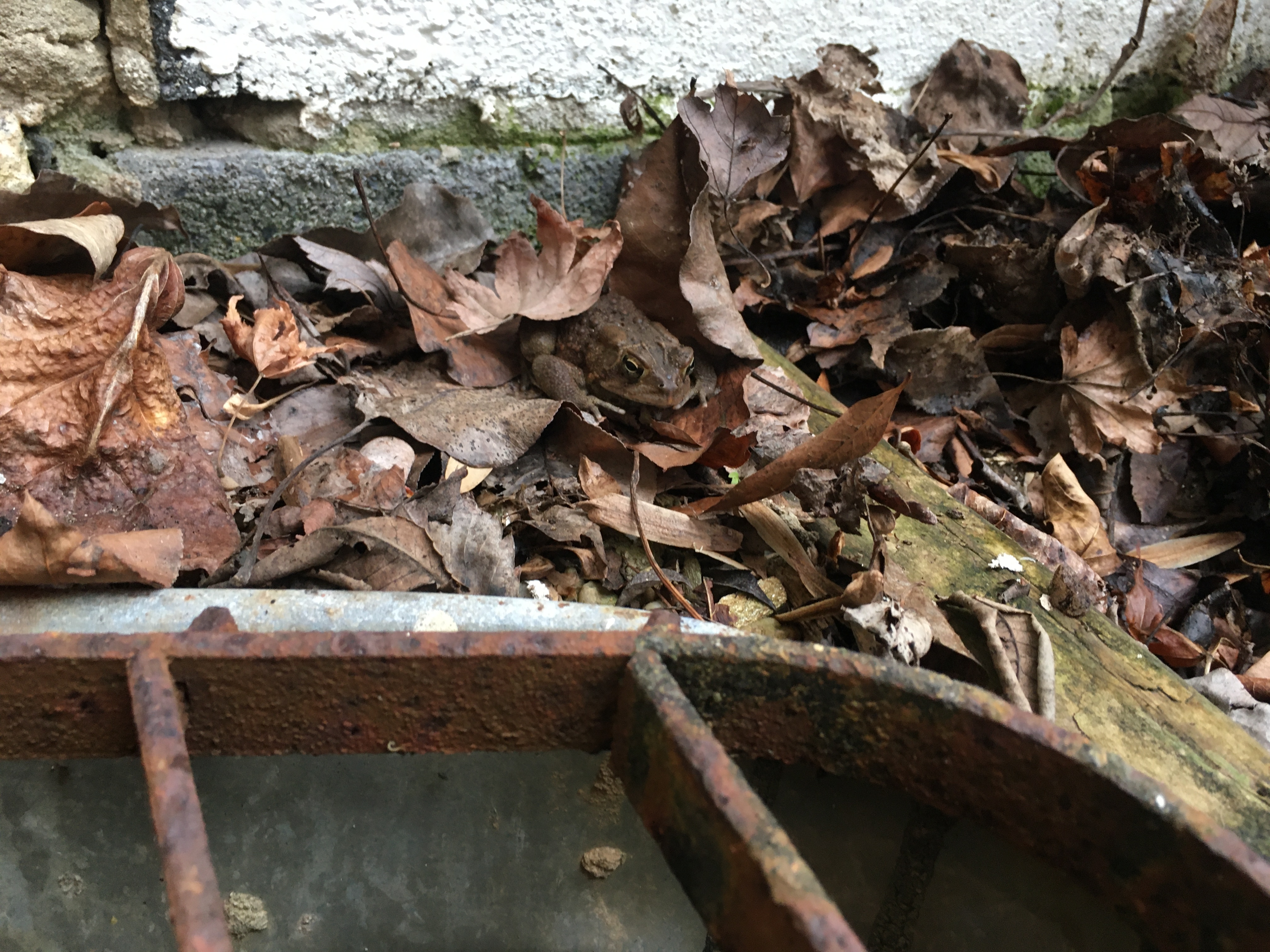