It’s the end of the week at last, and a long tough week it was. I don’t have to remind you about the state of the world. But happy Friday the 13th! (oops. . . )

Maybe it’s good, then, that for food we’re celebrating National Chicken Noodle Soup Day. I’ll have mine with some big honking matzo balls. It’s also National Coconut Torte Day (never had one), National Elephant Day (in Thailand only), National Good Samaritan Day, and Ken Day, celebrating Barbie’s boyfriend. There’s some confusion about the date, but did you know that Ken had a last name? (Barbie does too: her full name is Barbie Millicent Roberts.)

Ken Day celebrates the Ken doll, whose full name is Kenneth Carson. There is some discrepancy as to if the Ken doll debuted on Saturday, March 11, 1961, or Monday, March 13, 1961. Mattel, the maker of Barbie, claims it to have been March 11, but most other sites claim it was March 13, and that is why Ken Day is celebrated when it is. Ken debuted at the American International Toy Fair in New York City. Barbie had debuted two years earlier at the same fair.

Here, from Parade Magazine, is the first Ken doll, which came in blonde and brunette Caucasians: 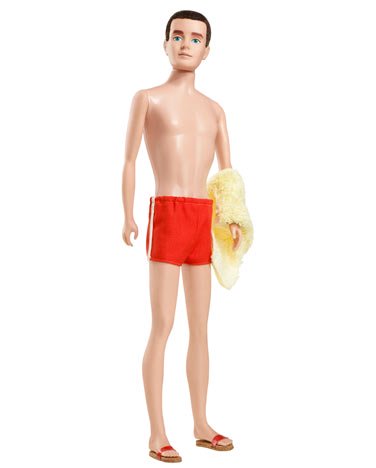 Finally, it’s Skeptics Day International, which is somewhat devalued because it’s held every Friday the thirteenth as well as on election day in November (read the link for the explanation).

News of the Day: There is no good news today as the world melts down. One word of cheer is the tweet below from Tom Hanks and his wife Rita Wilson, who are in quarantine in Australia and sent a photo and a stalwart message

And this just in:

Matthew lectured at the Royal Institution on his new book last night. Reader Dom was there and reports (Dom’s words indented):

I went along with a friend to Matthew’s RI lecture last night.  On the left is Adam Rutherford… 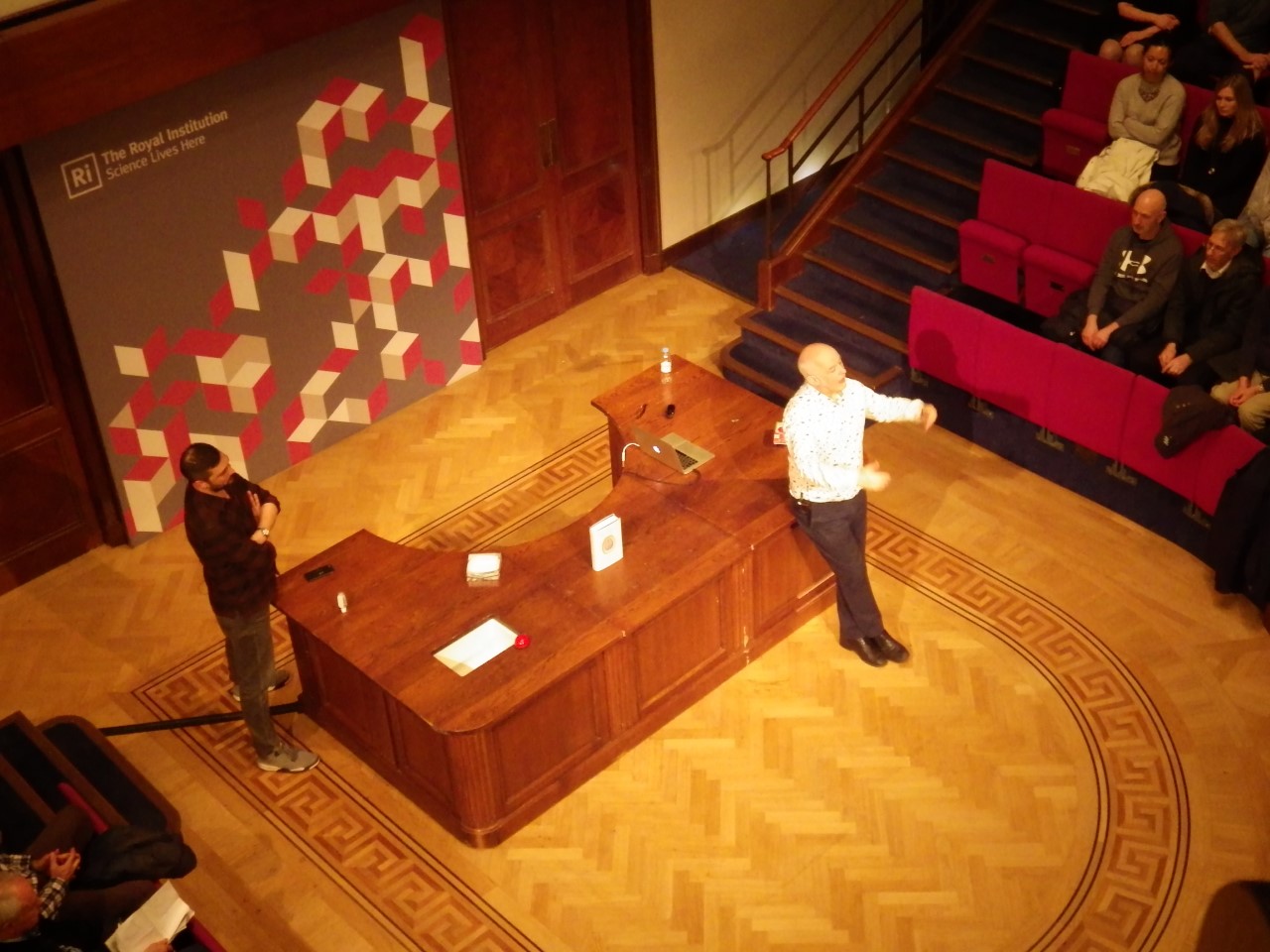 Matthew was very good. I gave him a little metal stegosaurus for his collection!

Yes, Matthew does have a stegosaurus collection.  Here he is signing books (note his insect shirt): 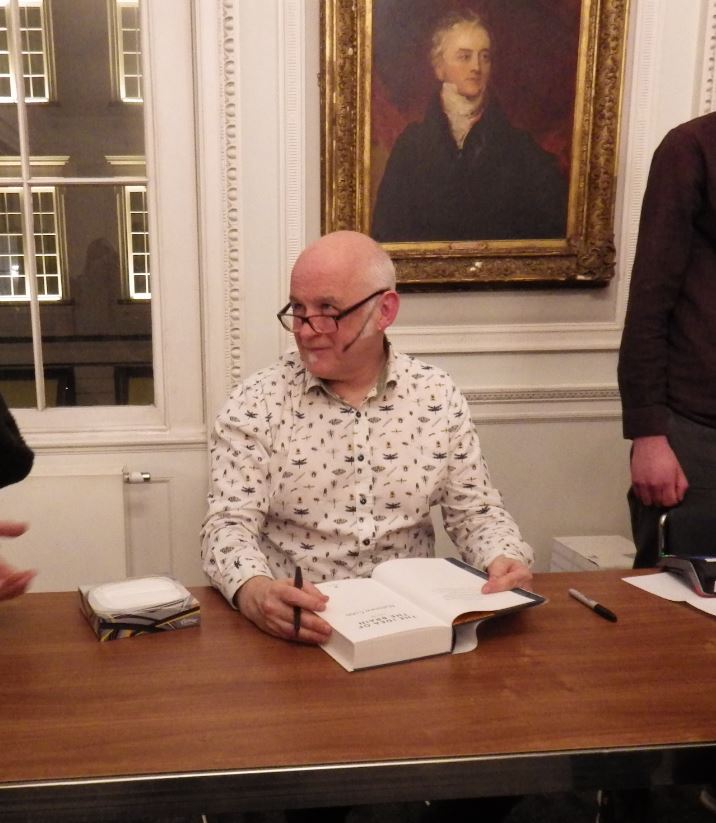 Stuff that happened on March 13 includes:

Harvard is the oldest college in the U.S, but William & Mary is second (1693), so I have the honor of having graduated from the two oldest universities in America.

Note that this was the same day of the month that Uranus was discovered.

You may remember that the movie Schindler’s list recounts events in Krakow; here’s one of the scenes of the liquidation of the ghetto from that movie, featuring the symbolic girl in red:

These are three sets of tracks in Italy, suggested to have been made by H. heidelbergensis. Here they are:

Those who were planted on March 13 include:

Darrow is one of my heroes, and he lived in Hyde Park near where I live now. (He was also an atheist.) Here’s the great lawyer in a short biographical video:

Meanwhile in Dobrzyn, Hili has internalized the world’s uncertainty:

Hili: You think that we live in interesting times? Wait until Tuesday.
A: And what will happen on Tuesday?
Hili: I’m curious myself. 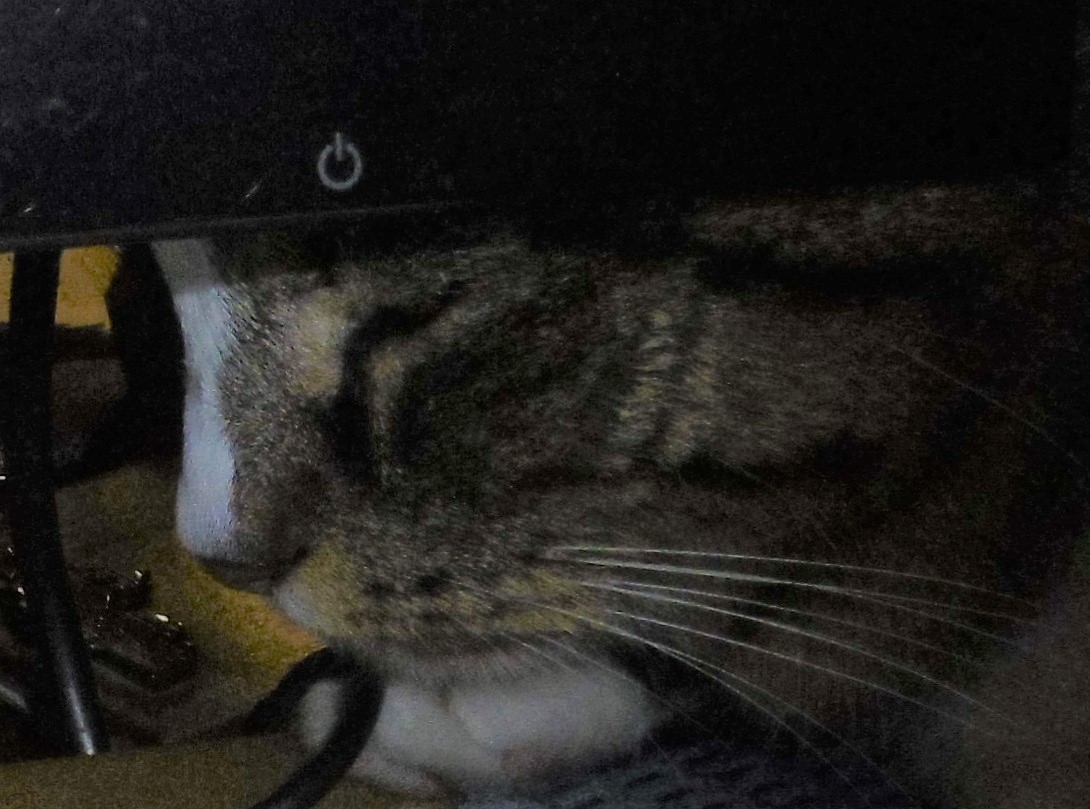 And here’s a picture of Hili on the windowsill inside the house and Szaron on the outside: 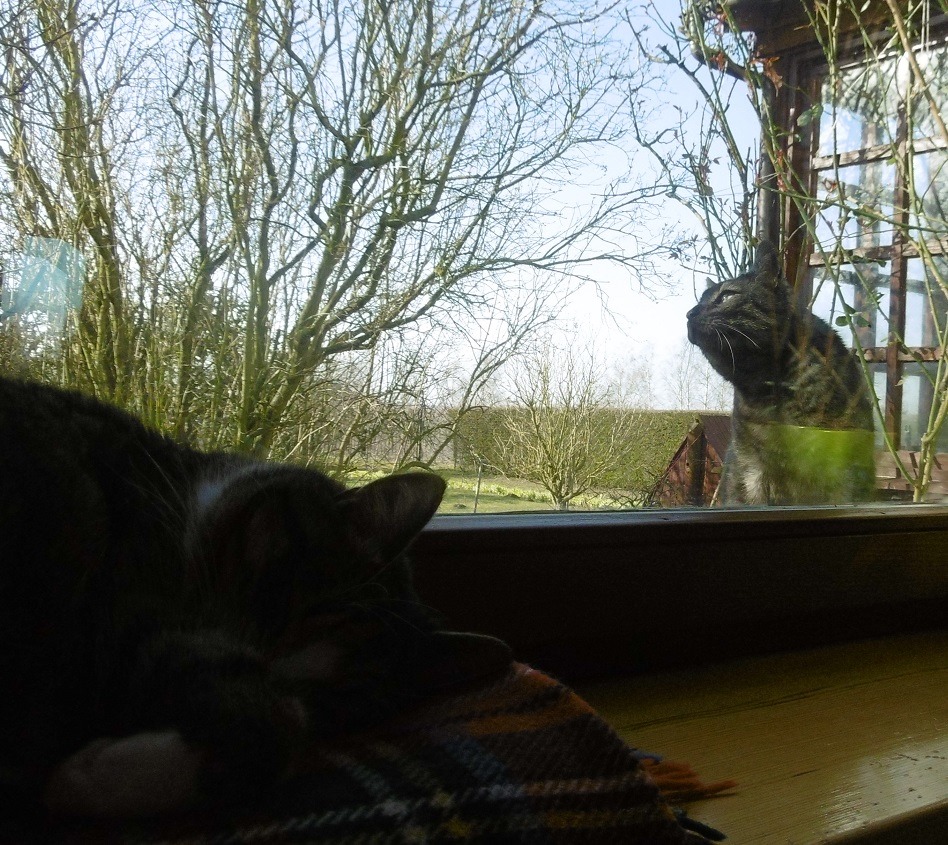 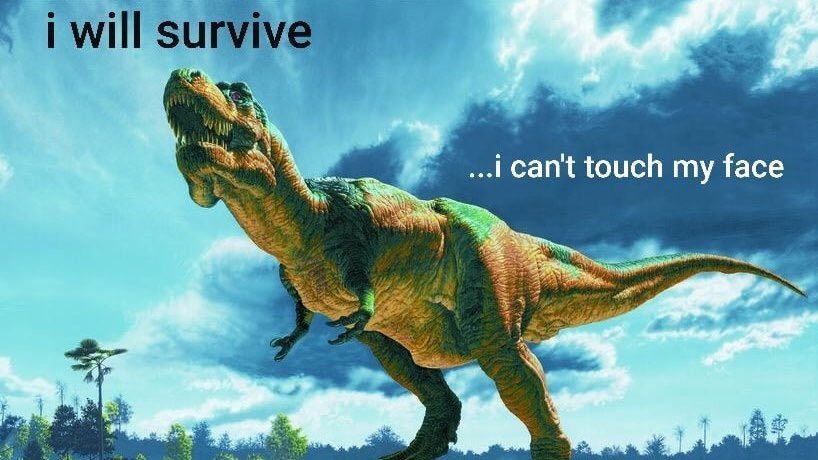 A kingfisher catch from Wild and Wonderful. I have no idea how this was taken. 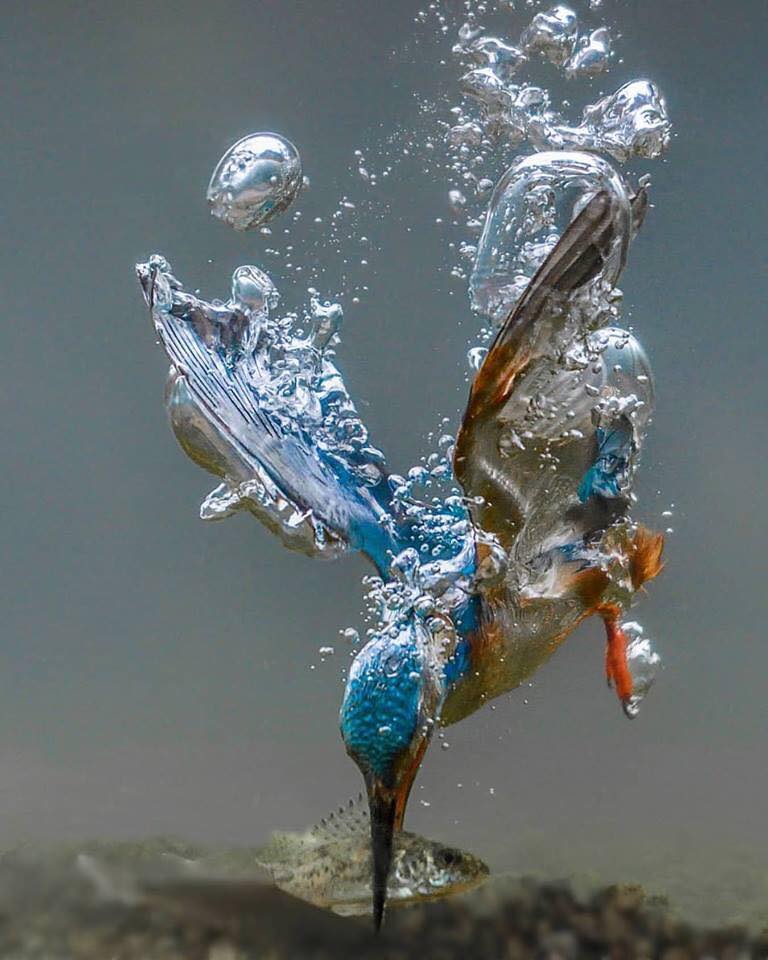 From Jesus of the Day. How come the miscreant humans in these memes are always named Karen? 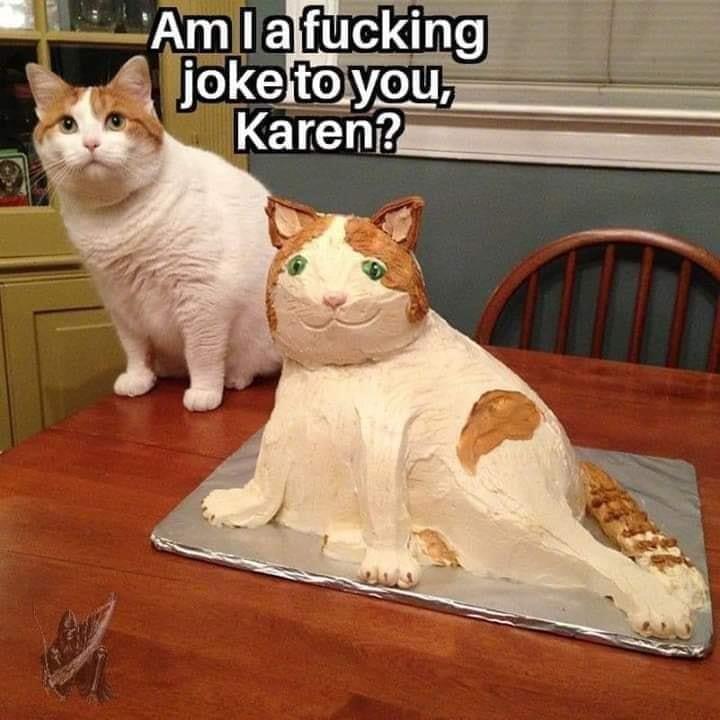 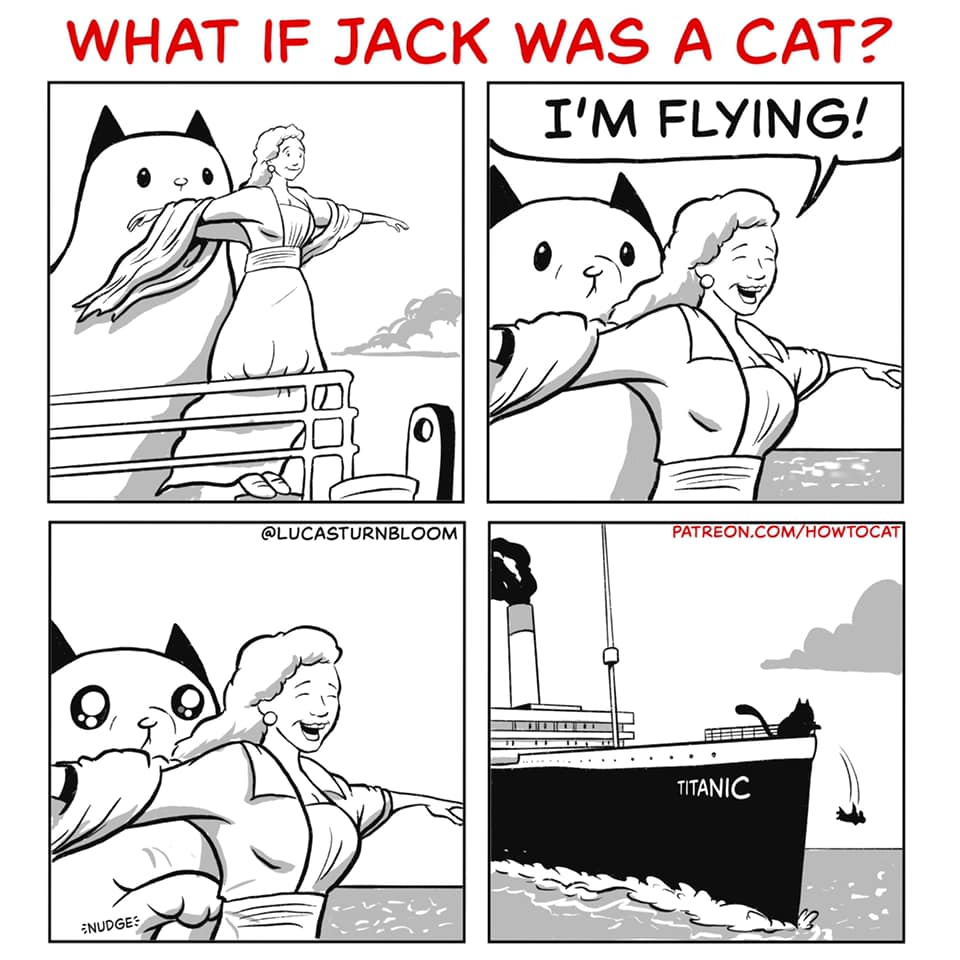 I urge all straight white men to self-isolate.

Nothing to do with the coronavirus. I just can’t stand them.

More like one generation, as well as all feminimity, toxic or otherwise:

If all boys were sterilised at birth, toxic masculinity would be eliminated within four or five generations.

From Luana. This isn’t a funny tweet, but a telling and distressing one. How to tell if a 1-2 year old kid is transsexual?

How can you tell if babies are trans? Well, if a baby male makes a skirt out of his onesie, or a baby female rips the barrettes out of her hair, these are apparently "pre-verbal gender messages."

This is regressive and downright cultish thinking.

Tweets from Matthew. The first one describes some epidemiology using CATS:

Lots of science-y folks are posting this graph. But if there is one thing I have learned from being on the internet, it is this:

Data/graphs: Not compelling to many.

Kitties: Compelling to many.

Is this a happy duckling or what?

Dual purpose bath for a duck / balm for the soul. pic.twitter.com/eyUYZ7Bi8B

Be sure to enlarge the picture! And why isn’t God (Ceiling Cat) a cat here?

My mother (in a move that will surprise no one who knows her) is basically recreating the Sistine chapel on her bathroom ceiling, except it’s all photos of her grandpets. (Yes, my mother really is this awesome.) pic.twitter.com/4jsv83pT3q