Do remember that last night the time changed to Daylight Savings Time in the U.S.: you should have set your clocks an hour forward before 2 a.m. today. If you haven’t, please do so immediately! This post will go up at 6:30 a.m.

Greetings on Sunday, March 8, 2019: National Peanut Cluster Day.  If you’re not a fan of peanut clusters (I’m not), it’s also International Women’s Day, Check Your Batteries Day, National Proofreading Day (be sure to read over your emails before sending), and National Be Nasty Day, a day I disapprove of.

There’s a special Google Doodle for International Women’s Day, and if you click on the screenshot below, you’ll go to a one-minute video celebrating the day. The YouTube description:

Today’s annual International Women’s Day Doodle celebrates women coming together throughout the world—and generations—with a special animated video. The multilayered 3D paper mandala animation, illustrated by Oslo and London-based guest artists Julie Wilkinson and Joyanne Horscrof from Makerie Studio and animated by Zurich-based guest animators Marion Willam & Daphne Abderhalden from DRASTIK GmbH, represents both the history of this powerful celebration and the significance it has for women across generations.

News of the day:  Trump claims he’s a genius about coronavirus, for crying out loud! Is there no end to this man’s narcissism? (Don’t answer that.) Tweet courtesy of Matthew.

Trump: CDC "doctors say how do you know so much about this? Maybe I have a natural ability." pic.twitter.com/NUSJJL8SQJ

Matthew’s new book got a positive review in today’s (London) Times. Click on the screenshot (you’ll have to register if you don’t subscribe, but a limited number of articles are free. The money quote: the book is  “sweeping and electrifyingly skeptical”.

And the Times Higher Ed called it “enthralling”. I told you to read it!

If you can’t read either review, ask and ye shall have.

Stuff that happened on March 8 include:

I bet that you can’t name that third law, even if you can name the First and Second. (I couldn’t.)

Here’s Laroche at the controls of a Voisin biplane. Sadly, she crashed and died in 1919 testing a new airplane. She was only 36: 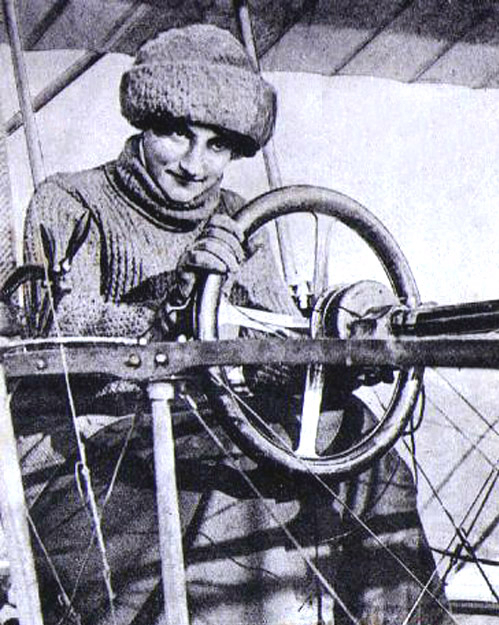 If you’re into pugilism, here’s a 12-minute video of the fight’s highlight:

McPhee, now 89 and shown below, is still writing for The New Yorker. I’ve read many of his books and recommend them highly. (He reminds me a bit of my colleague Dave Jablonski.)

Those who took the Dirt Nap on March 8 include:

Taft was a President of Size, weighing 340 pounds toward the end of his Presidency, though he subsequently went on a walking-oriented fitness regime. He’s also the only person who served as both President and Chief Justice of the Supreme Court (his service on the court came after his Presidency).

Here’s Eckstine and his orchestra with one of my favorites: “Without a Song.” (He did a better version, but it’s not on YouTube. Still, this one is very good.):

Meanwhile in Dobrzyn, Hili shows that not only can she read, but she can count:

Hili: Two new molehills.
A: How do you know?
Hili: Yesterday there were 15 and today there are 17. 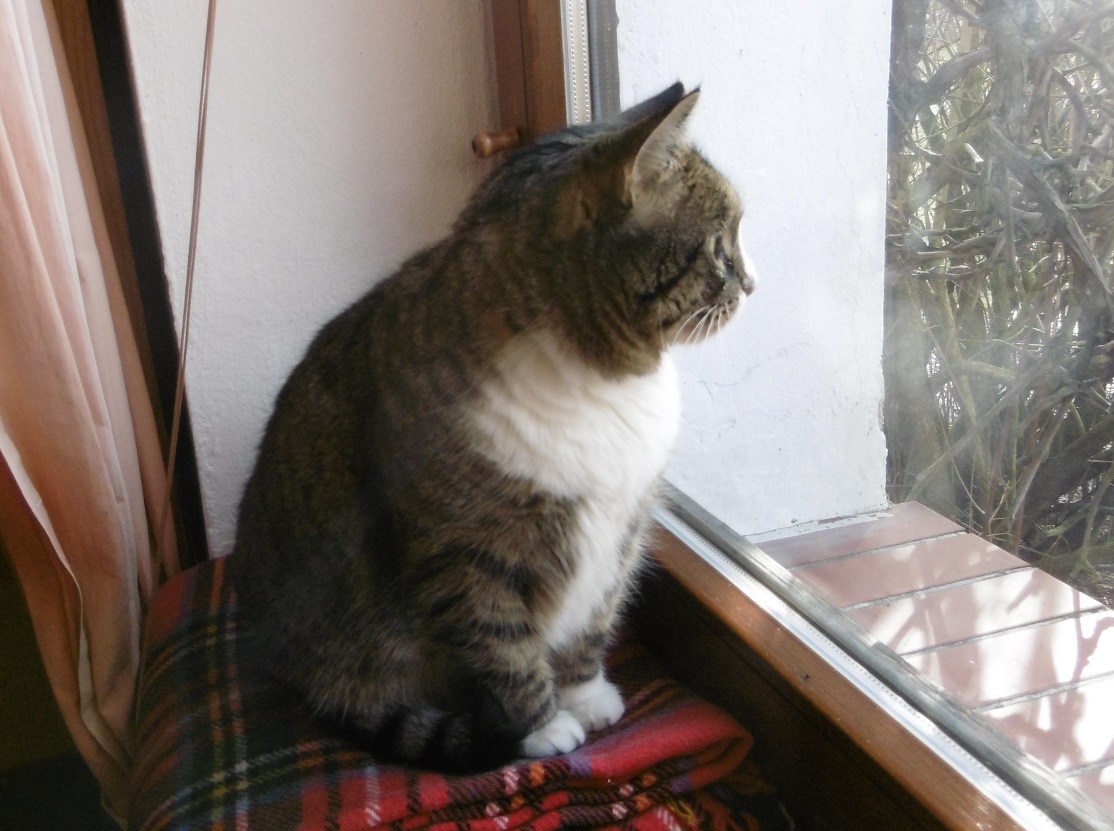 And here are Szaron and Hili in the same photo: They are wary of each other but not hostile, and there is no hissing: 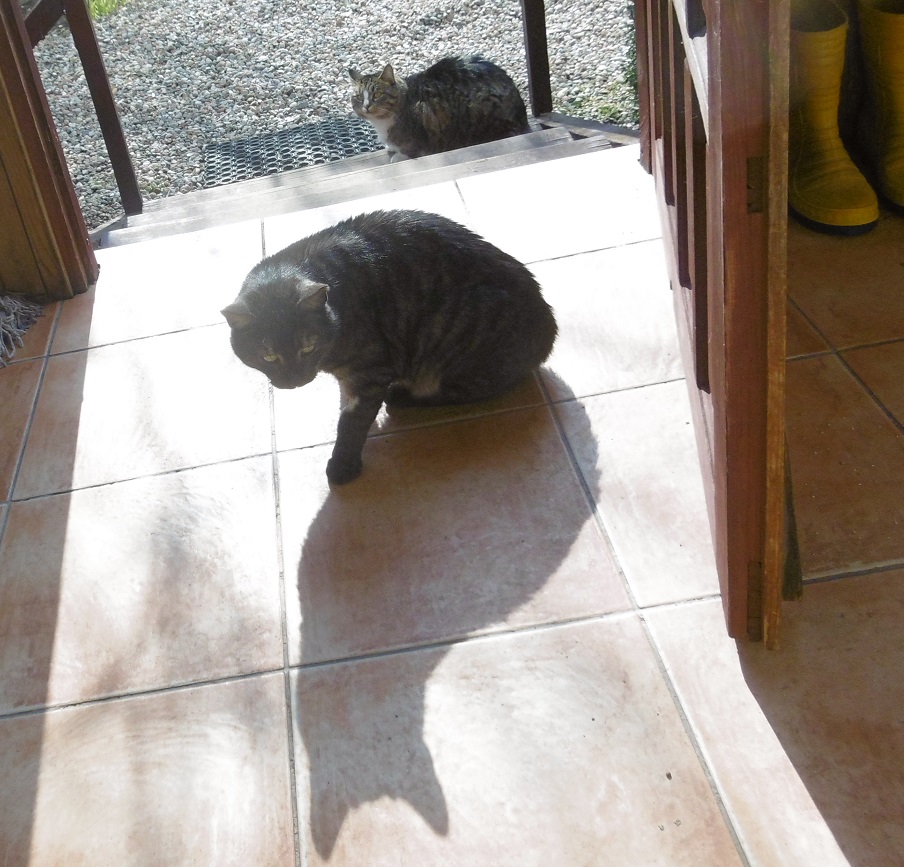 A cryptic owl from the Emporium of Unique and Wondrous Things: 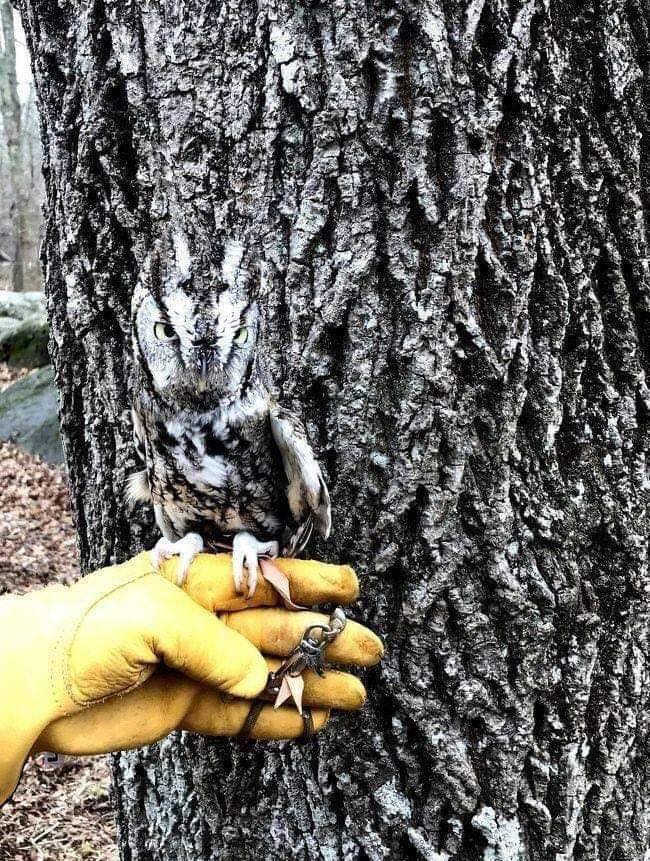 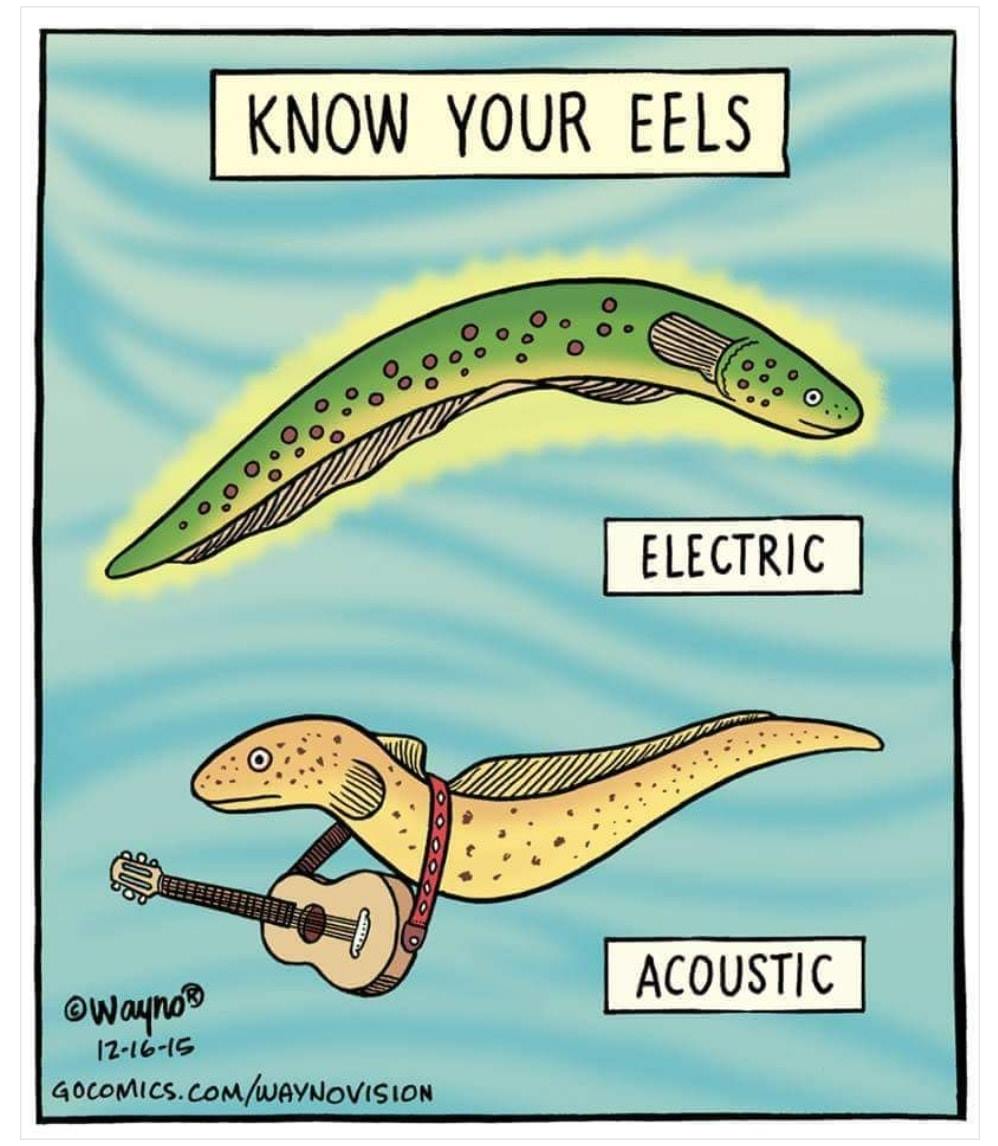 A cartoon from reader Bruce. I suppose it’s verboten to call these “sex reveal parties”. 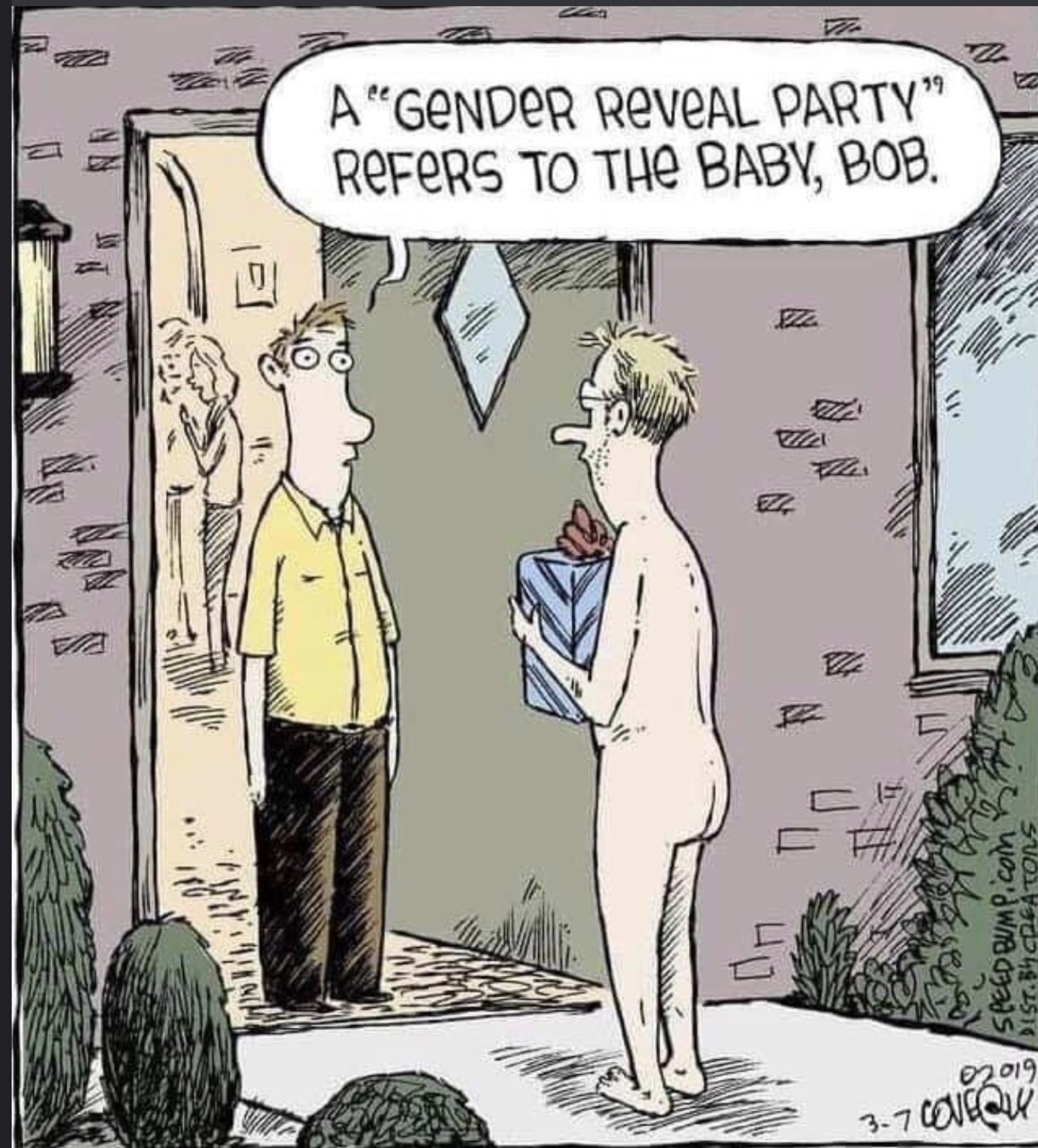 From the ever-woke Titania. Apparently flying this flag—”Woman, noun, adult human female”, a dictionary definition—for International Women’s Day is something akin to a hate crime: a “transphobic dog whistle”. See the story here at the BBC. As you might guess, the flag was taken down.

A woman is *not*, and never has been, an “adult human female”.

A tweet from Rebecca Markert, a constitutional attorney at the Freedom from Religion Foundation

Ali Rizvi notes how Muslims are using prayer to ward off the viruses. But why did Allah inflict us with this thing in the first place?

Be careful everyone don’t get infected with the Quranavirus https://t.co/YDW0sIOPHC

More antibiological and ideological madness from Luana. This article, which I may read, claims that sexual dimorphism—the difference between male and female bodies—is actually produced by registering babies as “male” or “female” at birth. I wonder how they decide to register them!

Article claims that observing and recording an infant's sex at birth is an "intrinsically violent" act.

From reader Barry, a misleading but informative photo.

Red milk comes out of vesicle on the father's body
Father places his beak o mother's head until the milk reaches the mother's beak, then comes to drink the milk directly from there

Little Humbug is the expert at flipping a biscuit 😍🐾🐾❤️ pic.twitter.com/yjnPAHzKYk

And that, best beloved, is how the whale came to be. https://t.co/KPYLqPoTD5

Remember that tree-inside-a-tree in which an artist/carver revived the younger version of a tree by carving around its rings? Here’s another view of the detail of that work:

That picture doesn't even hint at the scale of the work. Look! pic.twitter.com/vGD17WT8ed