Hot breaking news: CNN reports that Elizabeth Warren will hold a press conference announcing her withdrawal from the race. Click on screenshot for the “deets”: 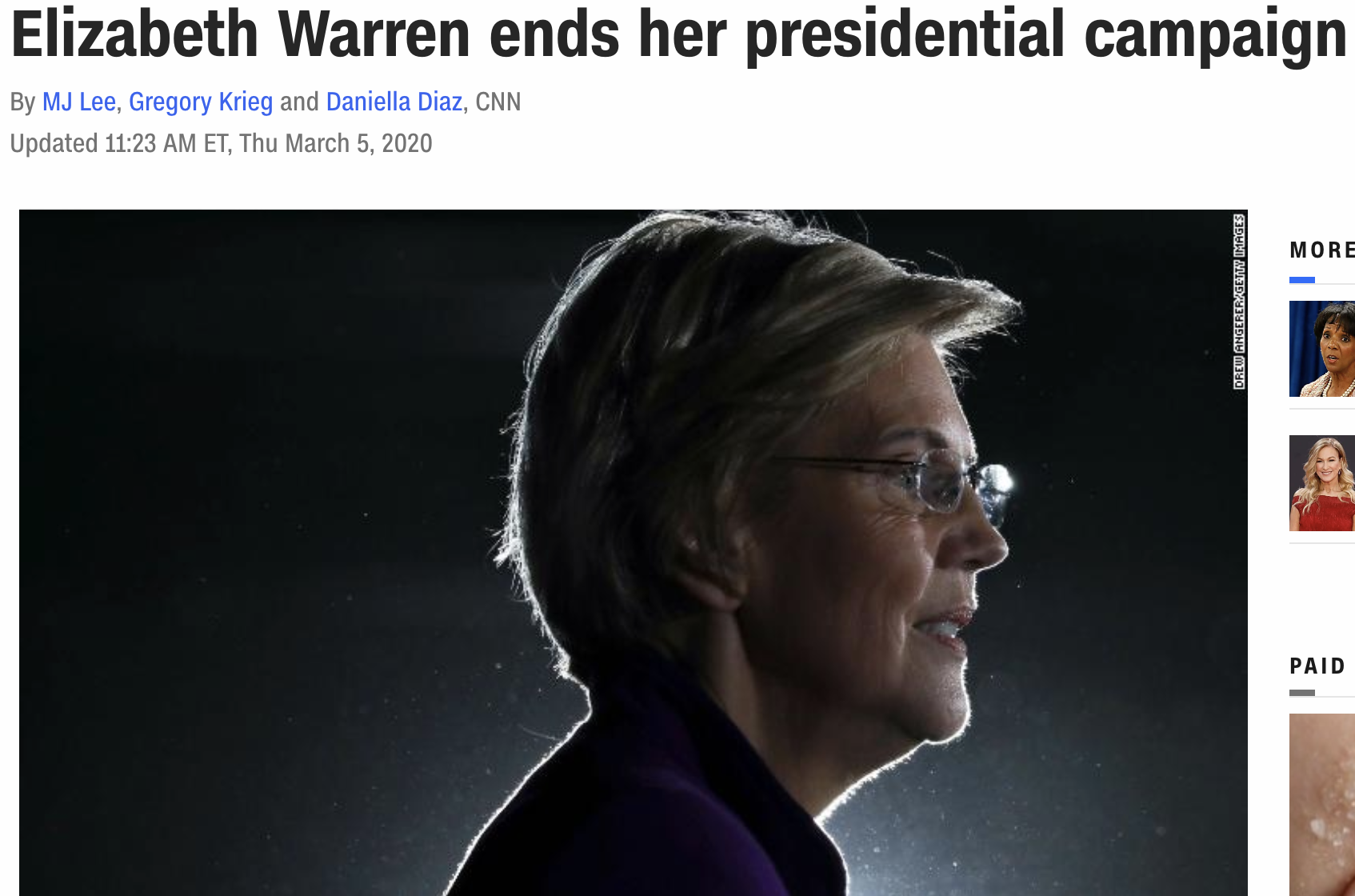 All I can say in response is “well, my vote still counts.” When I voted last night on my mail-in ballot, I hesitated at the top. I wanted to vote for Warren, but thought about this being a two-person race now and decided that I had to vote for the more electable candidate. That would not have been Warren. Still, my pen hesitated before I blacked in the “Biden” oval, because I’m not a huge fan of Uncle Joe. He’s okay, the best of a bad lot for me, and, most important, I see him as more electable than Sanders, no matter what the polls say. We have to vote for who we think can beat Trump, just as I voted for Hillary—regardless of whether they really float our boats.

The big question is whether Warren will endorse Sanders, bargain for her endorsement, or even take a VP slot, which I consider unlikely.

The race has narrowed so quickly!

But don’t neglect the science post just below, which took at least 20 times longer to write than this one.

145 thoughts on “Warren drops out”