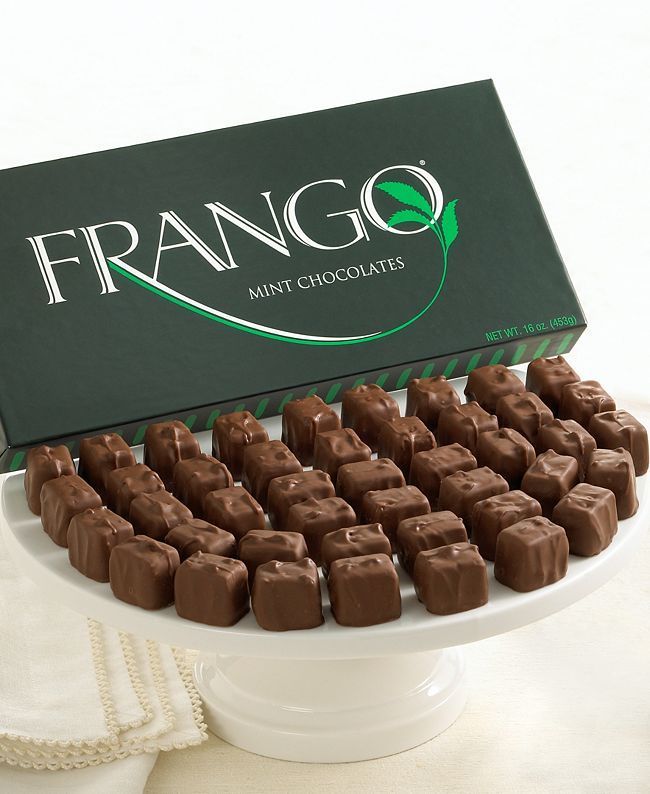 It’s also National Lash Day, not a day to whip people but, as the site says, “to notice and appreciate both true and false eyelashes for the beauty they add to every look” Every look?

It’s also Iwo Jima Day, honoring the day in 1945 when American troops invaded the island, beginning a five-week bloody battle. Wikipedia reports that of the 21,000 Japanese soldiers on the island, dug into an extensive system of tunnels and trenches, only 216 were taken prisoner, though some of the 3,000 who hid surrendered later, some as late as 1949. The Americans lost 6,821 men, with 19,217 wounded.

The two Clint Eastwood movies about the battle, Flags of Our Fathers (shown from the American side) and Letters from Iwo Jima (from the Japanese side), are excellent, though the box office take from both films was small. Here’s a compendium of the battle scenes, following the landing, from Flags of Our Fathers. Don’t watch it if you can’t abide movie war violence:

News of the day: Yesterday “President” Trump went on a pardon spree, commuting the sentences of or pardoning eleven malefactors, including our ex-governor Rod Blagojevich (he was given 14 years for corruption, but served 8 so far). The list of the pardoned is here. This raises the question of whether anybody beyond parole boards, and that includes not only Presidents but governors, should have the right to pardon people. Hold on with your comments; we’ll have a discussion of that soon.

Stuff that happened on February 19 include:

The 1600 eruption was the largest historical eruption in South America, measuring 6 on the Volcanic Explosivity Index. It occurred on 19 February and continued with a series of events into March. Witnessed by the people of the city of Arequipa, its impact in the region was severe, wiping out vegetation and burying the surroundings with 2 metres (6.6 ft) of volcanic rock; it also damaged infrastructure and economic resources. The eruption had significant effects on Earth’s climate, decreasing temperatures in the Northern Hemisphere, causing floods, famines and cold waves in numerous places, and depositing several million tons of acid. The climate disruption caused social upheaval in many countries such as Russia and may have played a role in the onset of the Little Ice Age.

This is said to be the largest attack ever mounted on Australia by a foreign power, though air attacks by the Japanese continued for two years. Here’s a photo, taken by a Japanese pilot, of ships burning in Darwin Harbor after the attack: 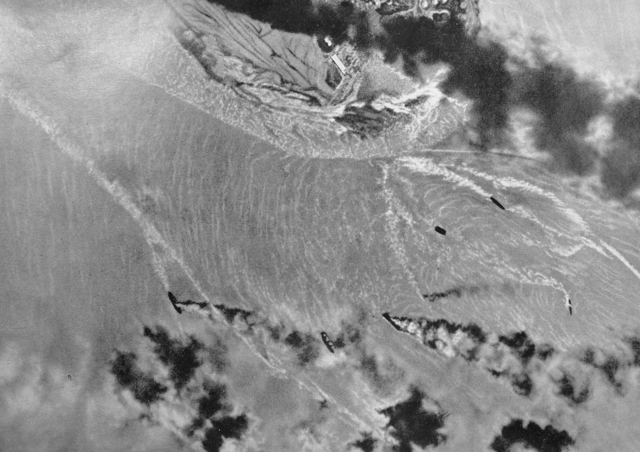 Notables who joined the dearly departed on February 19 are few, and include:

The mask appears to have been made of velvet, and the prisoner has never been identified, though of course there are candidates. See the link.

Fetchit’s real name was Lincoln Theodore Monroe Andrew Perry, and although he played the stereotyped servile and lazy black character, he became the first African-American actor to earn a million dollars. Here’s an example of what passed for an acceptable character back then: Fetchit in the movie Marie Galante in 1934. It’s a sign of progress that this would never, ever pass muster in movies today.

Meanwhile in Dobrzyn, Hili is anticipating warmer weather when she can roam outside:

Hili: I have the feeling that the days are getting longer and longer.
A: You are not mistaken. 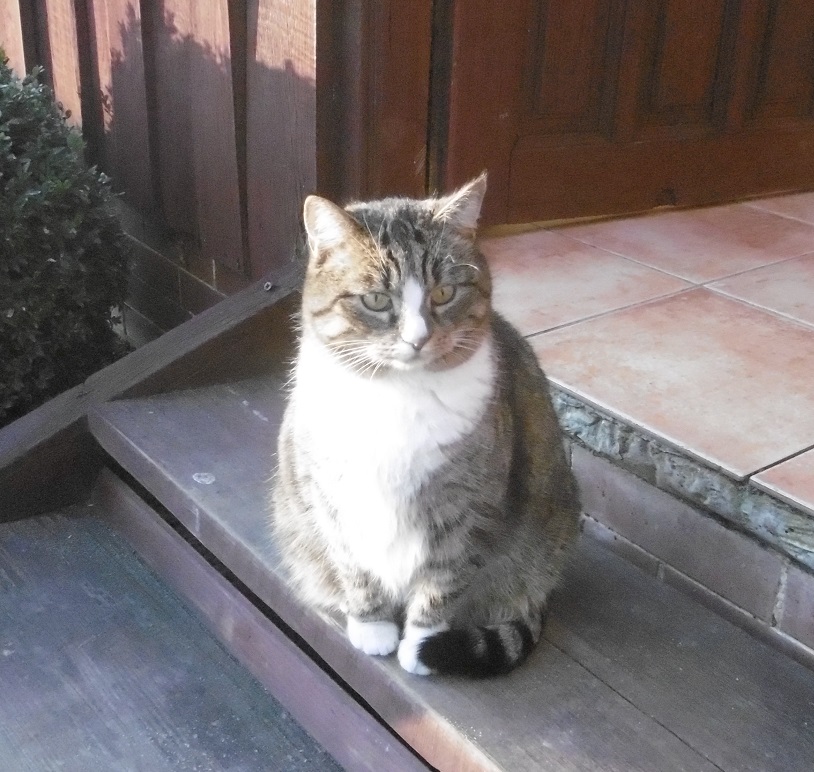 And some exciting news from Dobrzyn: the black tabby that Andrzej and Malgorzata have been feeding has become more tame, and is now permitting both of them to pet him (it’s a male). He’s been named Szaron, and has moved into the garage, but the plans are to move him into the house as soon as he’s sufficiently tame. If Hili cannot tolerate him, the lodgers upstairs, who love cats, have promised to adopt him. Here’s Szaron, who has an unusual black and gray tabby pattern: 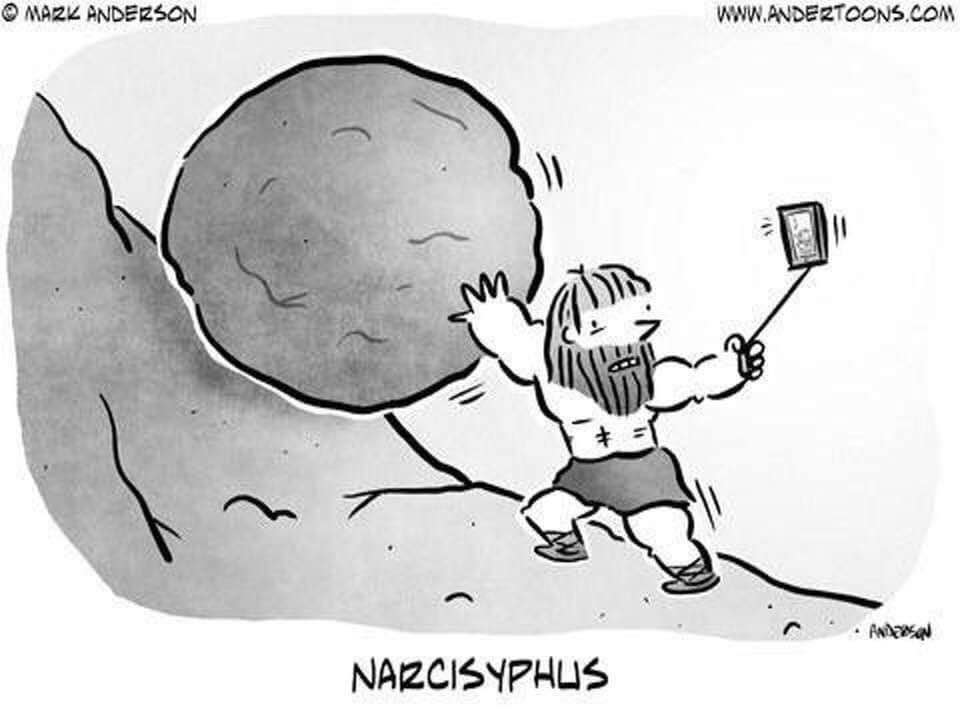 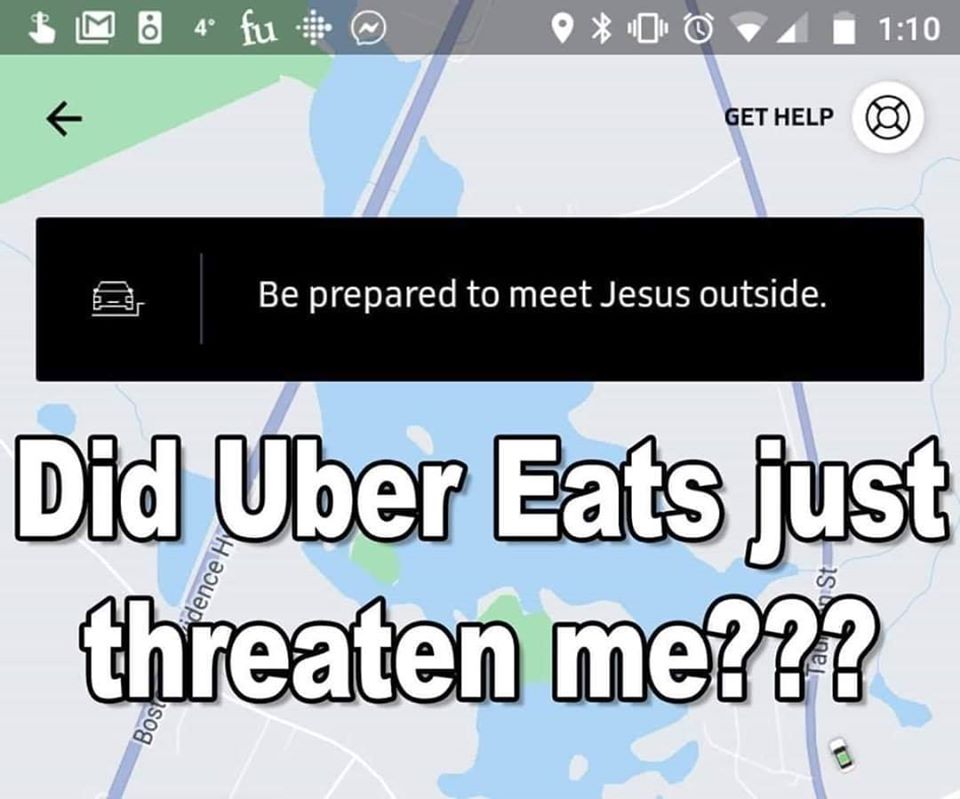 And a video sent by readers Merilee and Michael. The notes:

August 2nd, 2016. “A pair of wild bear cubs were caught on camera escaping from the summer heat by playing in a water-filled backyard planter of a family’s home in Pasadena, California. Sainty Wang and Carlos Chavez captured the adorable moment from behind a sliding glass door at their home. The two cubs squeezed into the planter much like birds would use a birdbath. The couple says that the mother bear was keeping an eye on her cubs from close by. The cute video ends with the bears crawling out of their makeshift tub and running out of the yard.”

A tweet from Colin Wright, who co-wrote the Wall Street Journal piece we discussed on the distinctness of the sexes. What he notes below is very odd, and I wonder why UC Santa Cruz is asking the question.

Graduate student applications at UC Santa Cruz ask not only about your gender identity, but about how masculine/feminine you present. While voluntary, this seems like an extremely odd thing to ask. pic.twitter.com/GZjNIQL4dJ

A tweet sent by reader Barry, who says it looks like an outtake from Jurassic Park. Look at that gator! More important, are these guys completely nuts?

Two tweets from Heather Hastie. I’d see the first video before, but hadn’t realized it was Adam Savage’s idea, nor that it was him in the carriage.

More tweets from Matthew. By now everyone here should know what mitosis is:

An awesome bird. One of these flew overhead when I was in Northern California, and was much closer than this one. Park rangers along Route 101 will tell you where you might see one.

Seeing a California condor (less than 350 in the wild) swoop by a few feet away was probably the most awe-inspiring thing that has ever happened to me pic.twitter.com/XaYvlsTKQV

Enlarge the photo if you miss the fifth beetle (no, it’s not George Martin):

Ah, the wonders of the Amazon! ❤️