As yesterday was Penguin Appreciation Day, we decided to visit the refurbished New England Aquarium, which has a lovely penguin exhibit, as well as many other nice exhibits. (They care well for their animals.) The penguin tank, which is huge, occupies the whole first floor of the aquarium, and, though it’s said to harbor rockhopper penguins and African penguins (Spheniscus demersus), we saw only the latter.

I saw rockhoppers in the Falkland Islands, but Africans are new to me. Here’s one in the Aquarium. 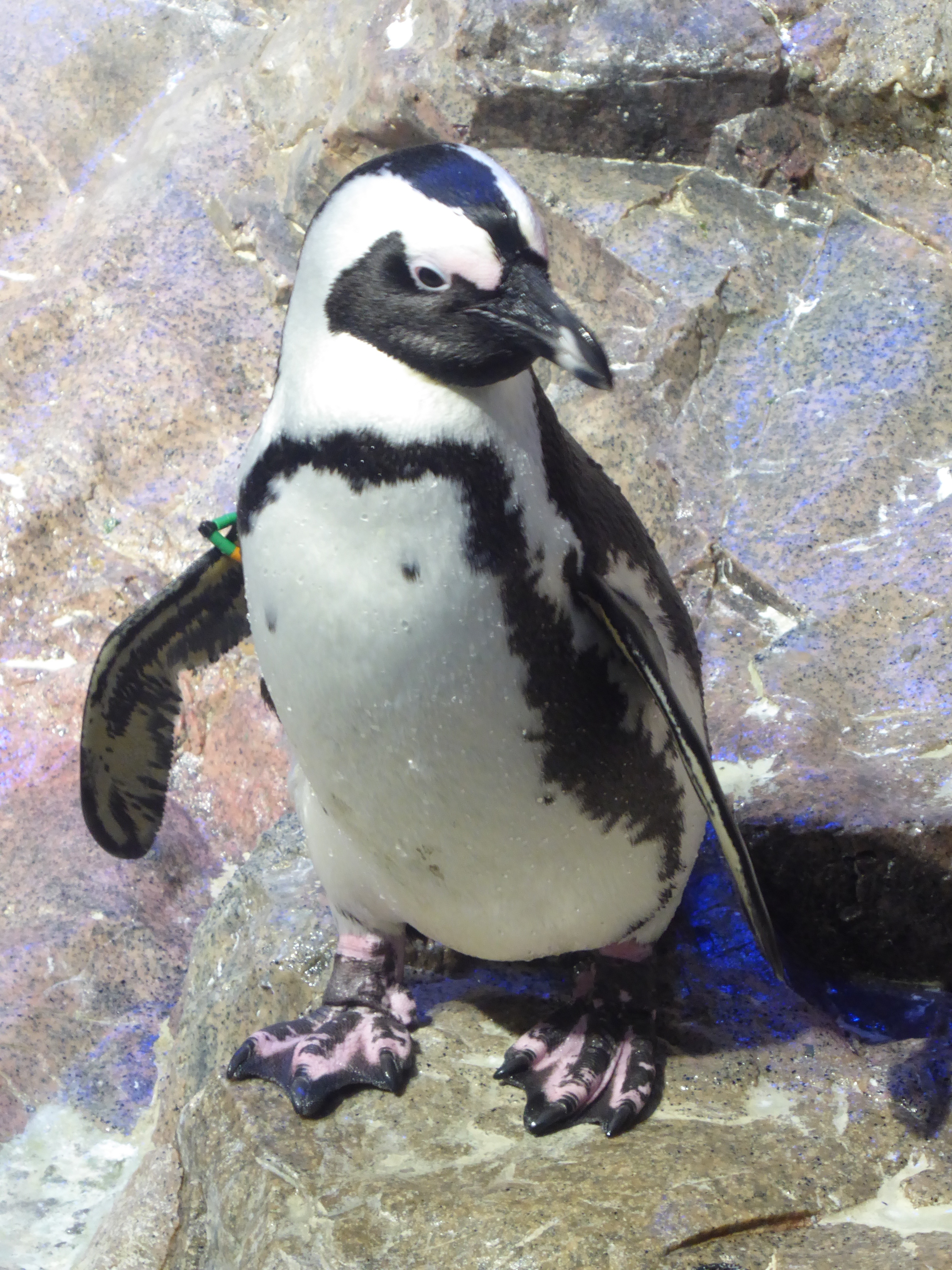 And here are two. 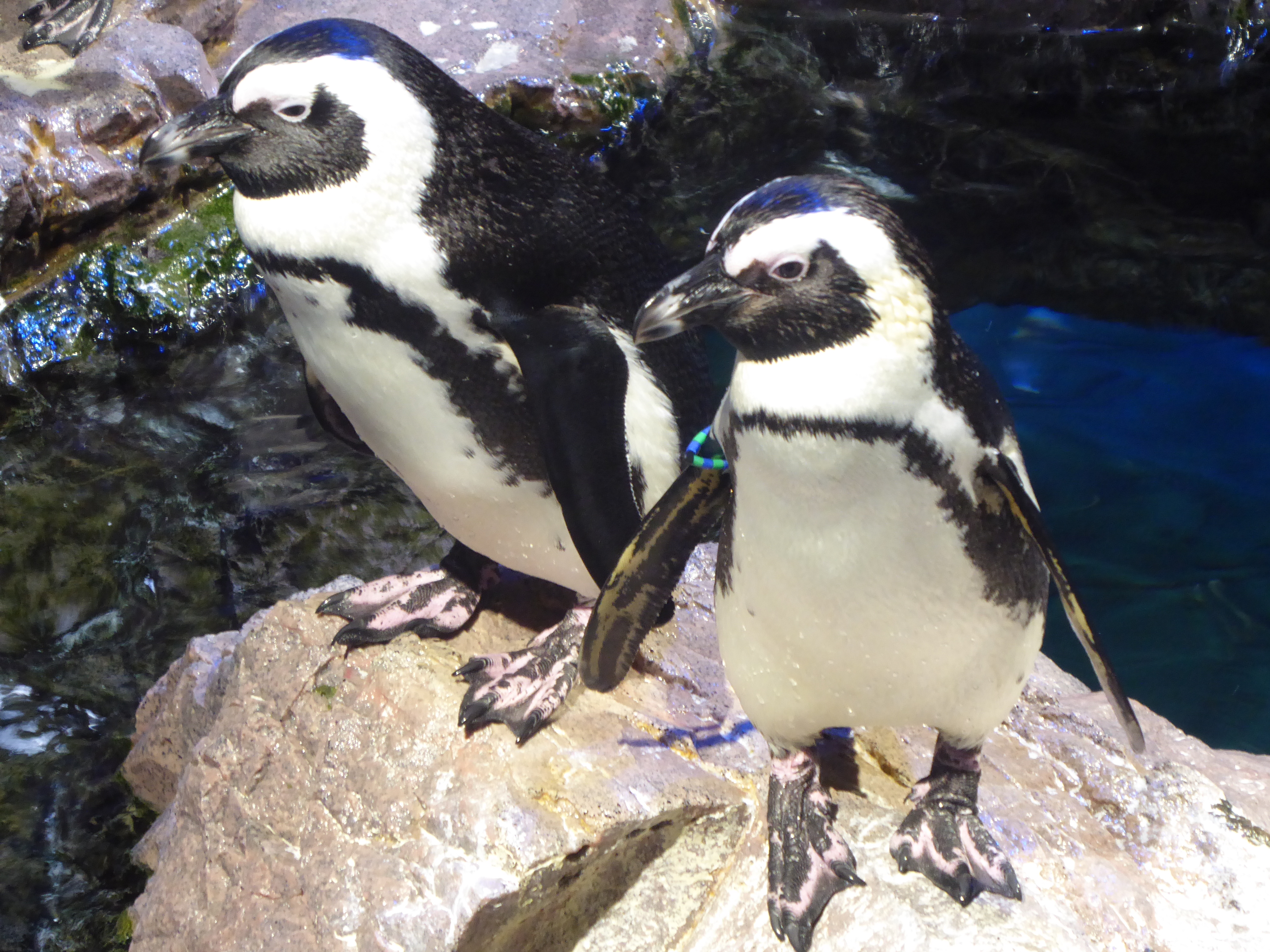 Luckily for us, it was penguin feeding time when we arrived. It’s a laborious exercise because, as you see in my video below, each tagged penguin is fed a precise number of fish by hand, and their consumption is tallied on a chart. Each fish is dipped in water before being proffered to the bird. This ensures that all penguins are well nourished, but I’m a bit sad that they don’t get the experience of catching fish on their own in the water. But that would have its own problems, including nutritional inequities.

A pair of them were mating—or trying to.

African penguins are also called “jackass penguins” because of their cacophonous braying. You can hear that in the video below.

Matthew sent me this tweet, which I’m just throwing in. I can imagine a penguin dating profile: “Natty dresser, loves long walks on the beach and fish dinners.”

Penguin couple enjoy a romantic stroll on the beach. pic.twitter.com/eXWFoCoGNp

They also had a couple of young cuttlefish in a tank, and I was mesmerized by them. They’re very smart, of course, but can also, like their relatives, change color quickly. They also have two “feeding tentacles” that shoot out instantly from the mouth region to snatch prey. You can see both the color change and the feeding apparatus in the video below.

There was a lovely albeit small exhibit of jellyfish in a tank full of brine shrimp (I think). Here’s a photo and a video: 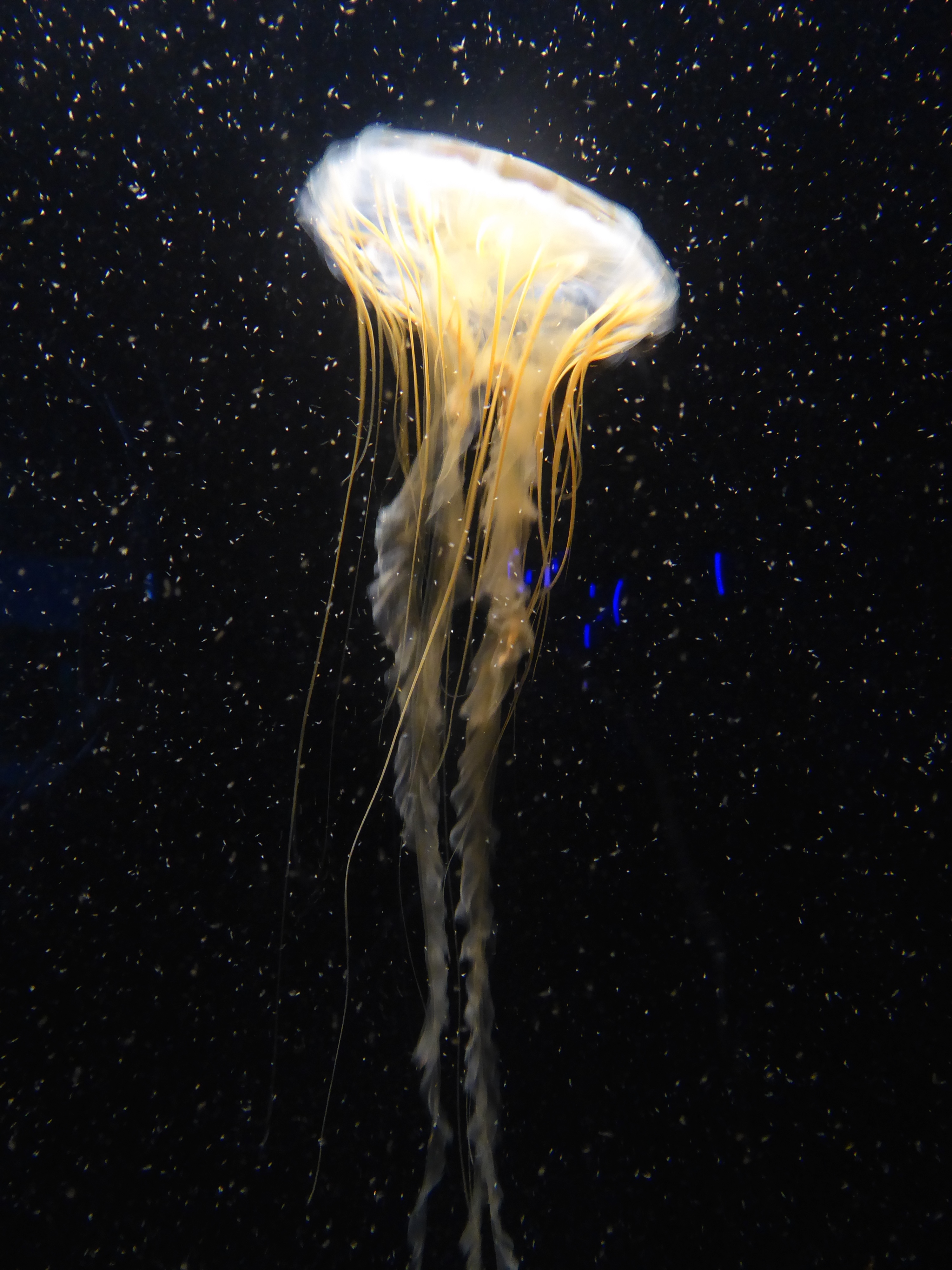 For lunch it was a short walk to the highly regarded Mexican lunch spot Tenóch near Davis Square. 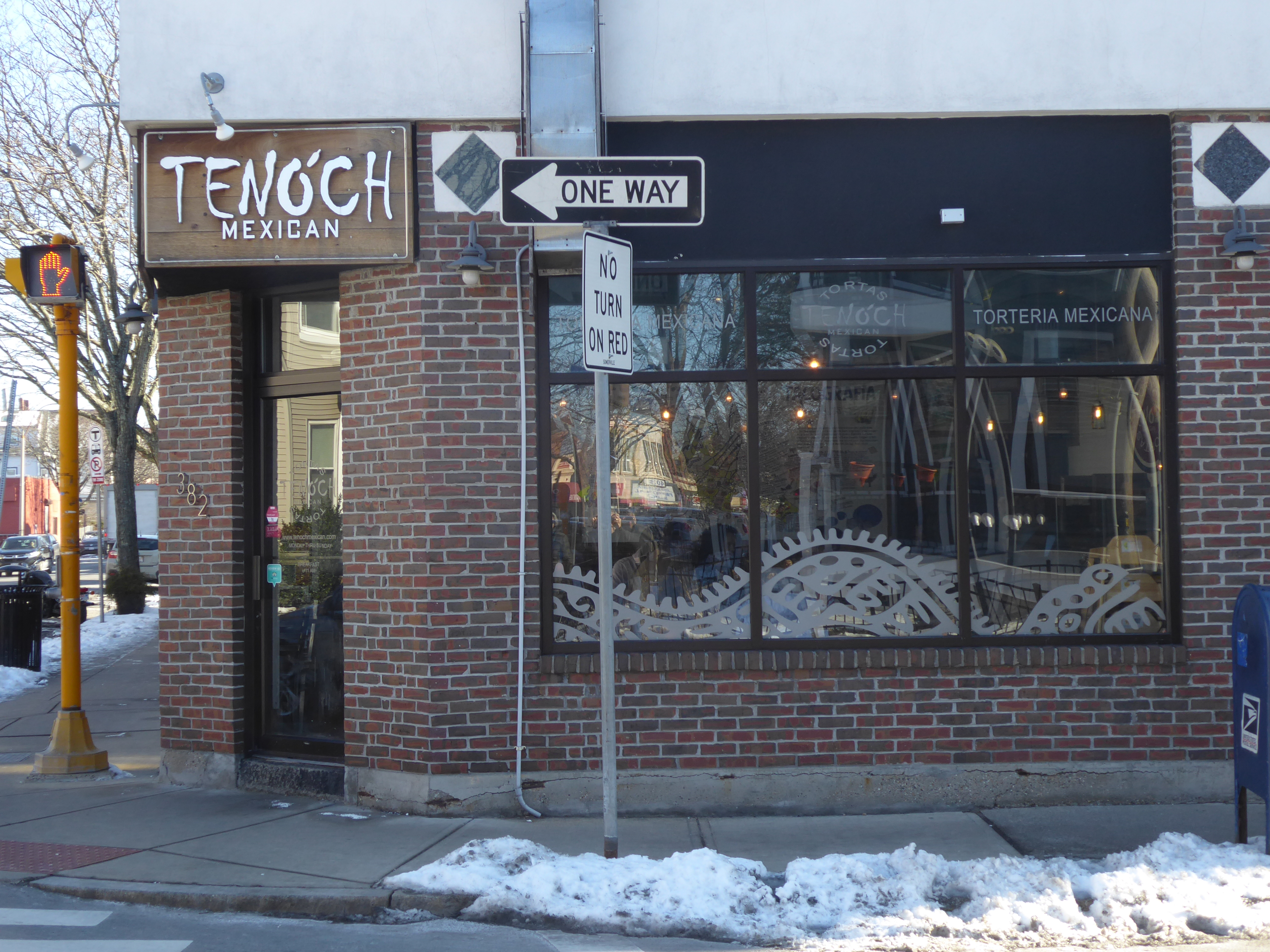 It’s an unprepossessing place, serving tortas (Mexican sandwiches on fat rolls), tacos, and burritos. Their tortas are their best-known item. 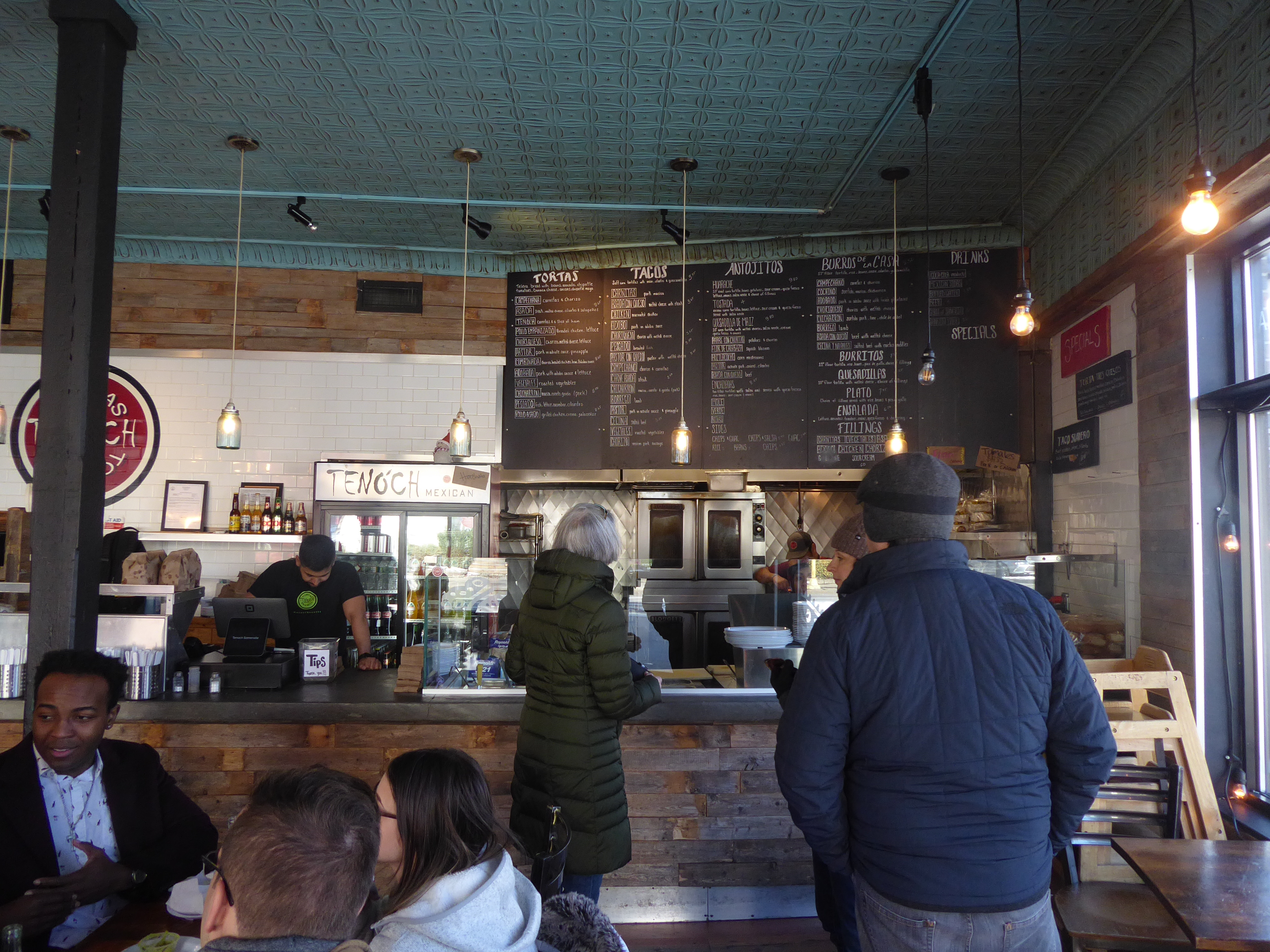 The menu. I had the torta pastor with pork in achiote sauce, a big slice of fresh pineapple, pickled vegetables, cheese, and, well, look at the photo at the bottom and figure it out yourself. It was superb! 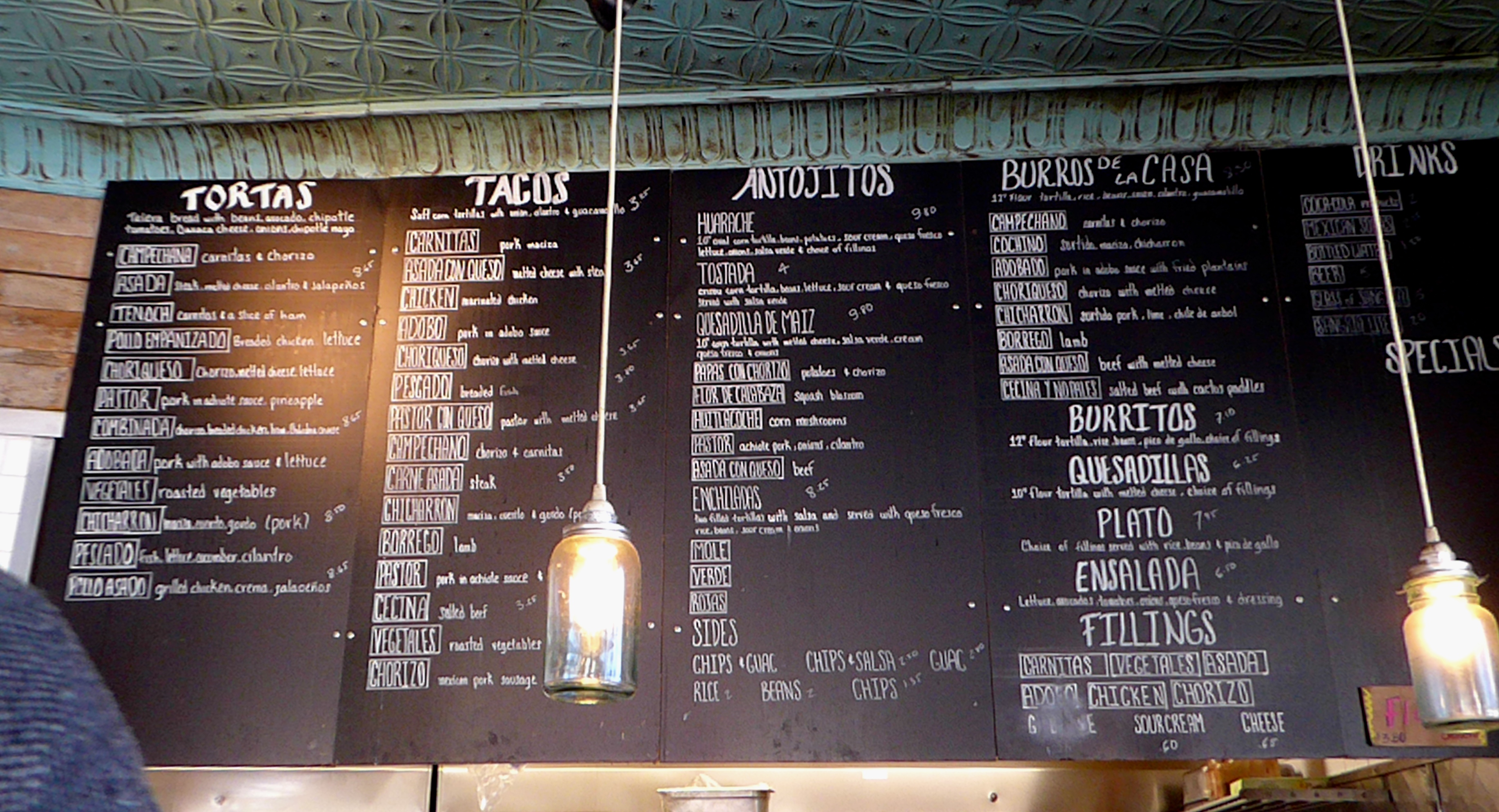 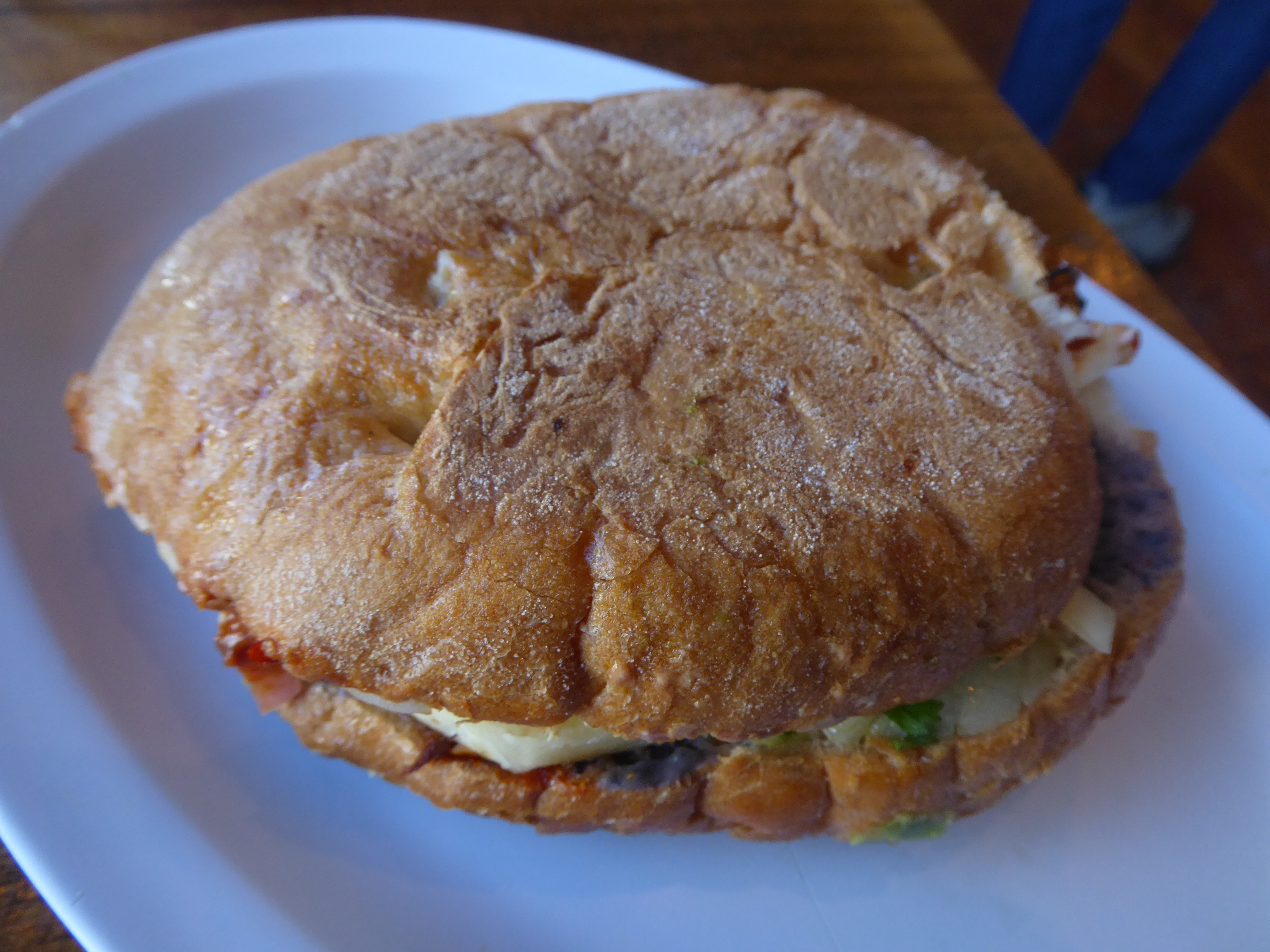 My sandwich, opened to show its contents. Yum! 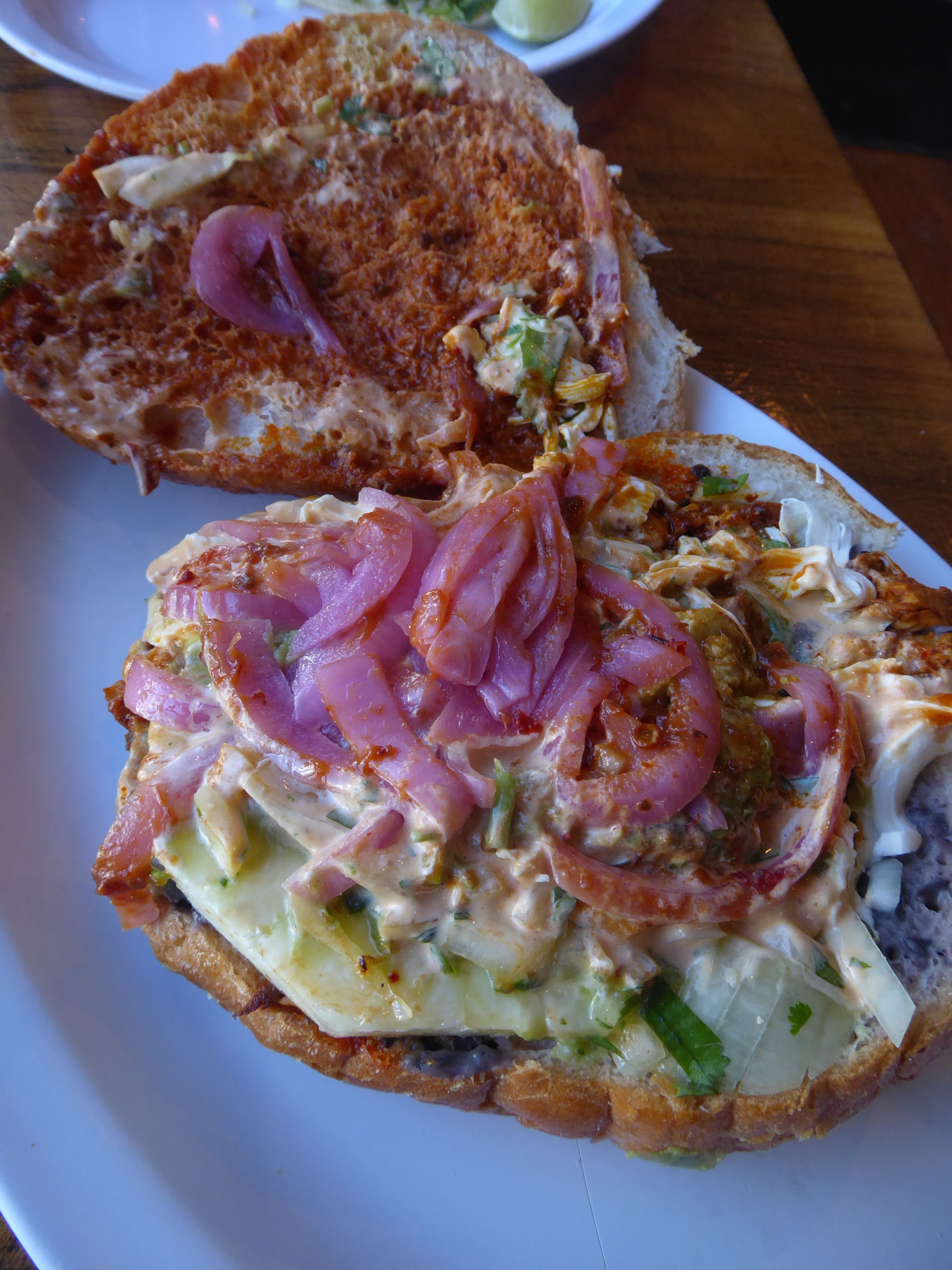 I recommend this place highly if you’re near Davis or Porter Squares.

12 thoughts on “Boston: Penguin Day visit to the Aquarium, and noms”