Today we have a second set of lovely photos from Ralph Burgess, taken in Kruger National Park in South Africa (first set here). His notes are indented; I’ve added the scientific names. Yes, we have felids! 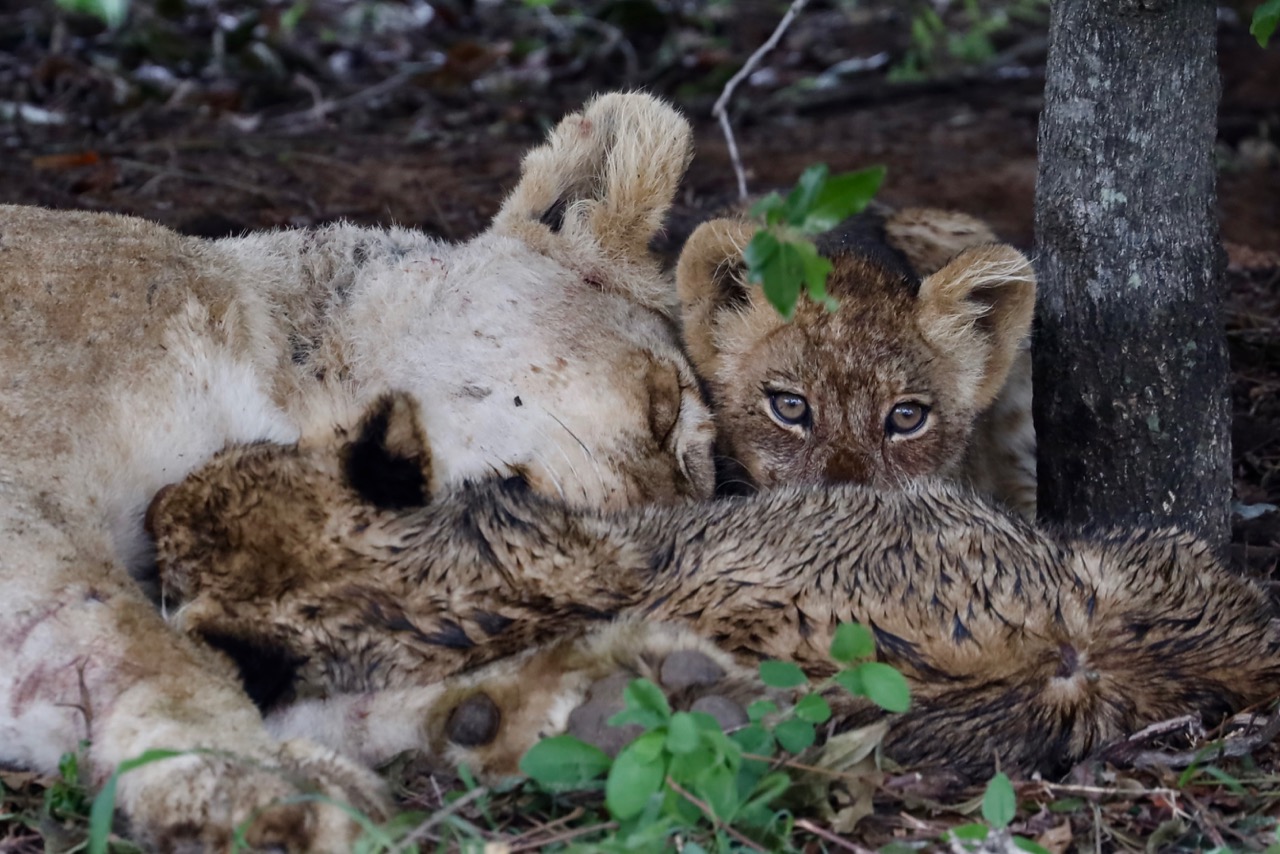 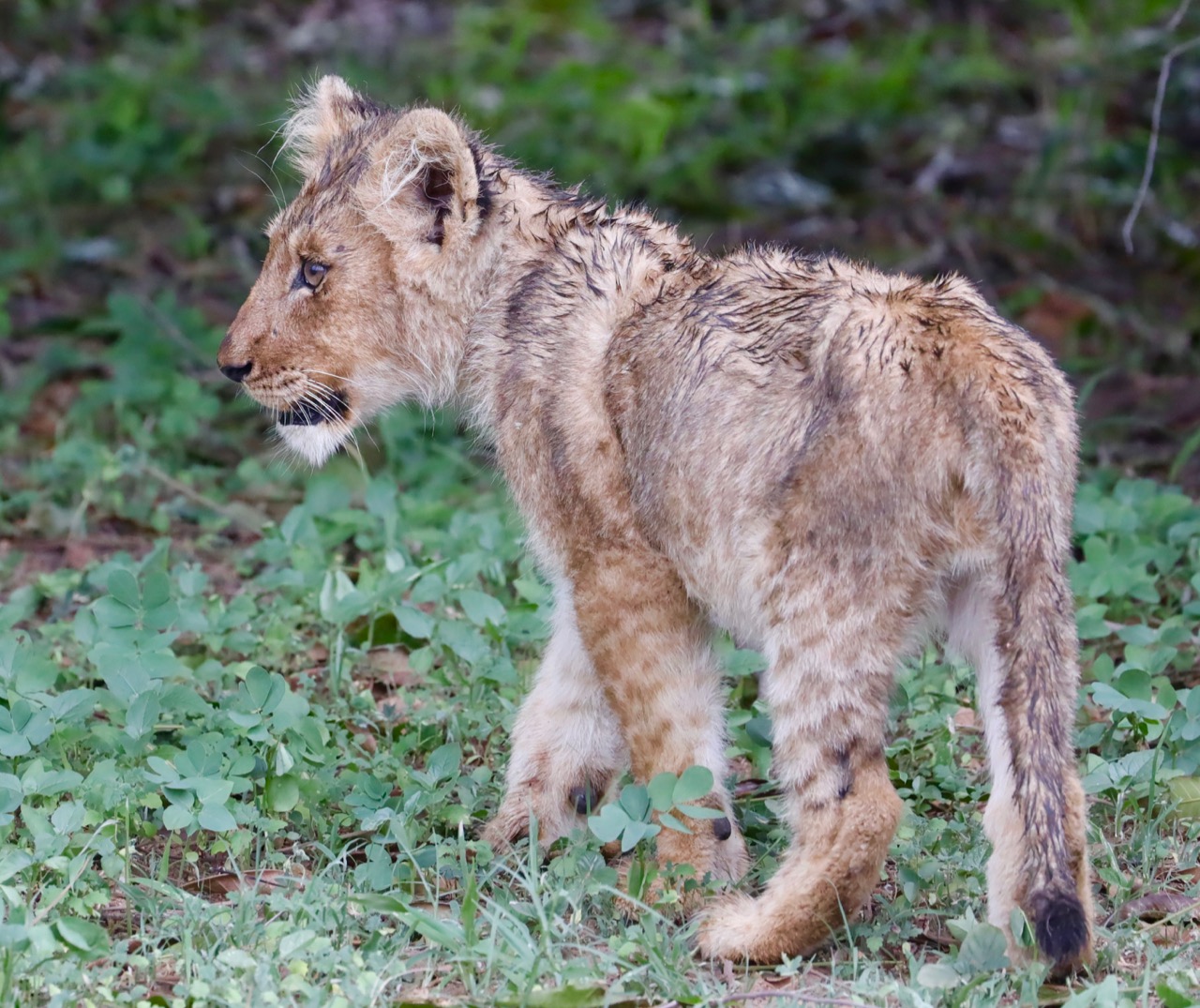 …until they turn into this.   I saw a pair of fearsome battle-scarred males (probably brothers) hunting more-or-less along a tar road.   As they wandered off to one side, I was able to drive some way past them, where I turned around and picked a spot to wait.   As I was looking through my camera lining up a shot, they came closer and closer until I suddenly realized I was hanging my elbow out of the wide-open window and this one was about to pass a few feet away.   This is not a zoo!  (Taken at 100mm and uncropped, to give some idea how close he was.) 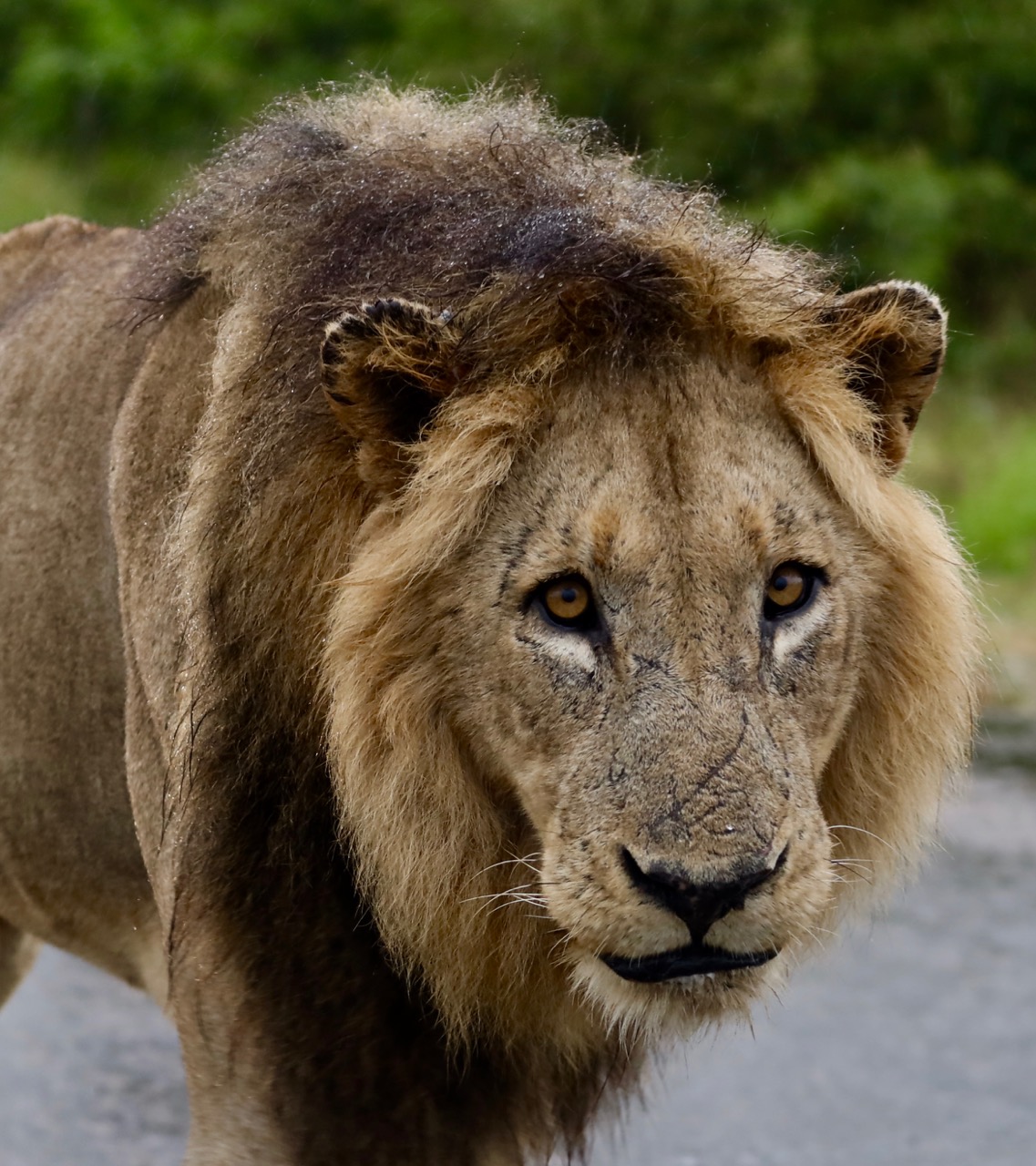 The rains usually start in October, but this year they were exceptionally late, and in early November the lion were staking out the few remaining waterholes near Shingwedzi Camp all day.  This handsome young fellow ruled the biggest waterhole with his nine girlfriends. 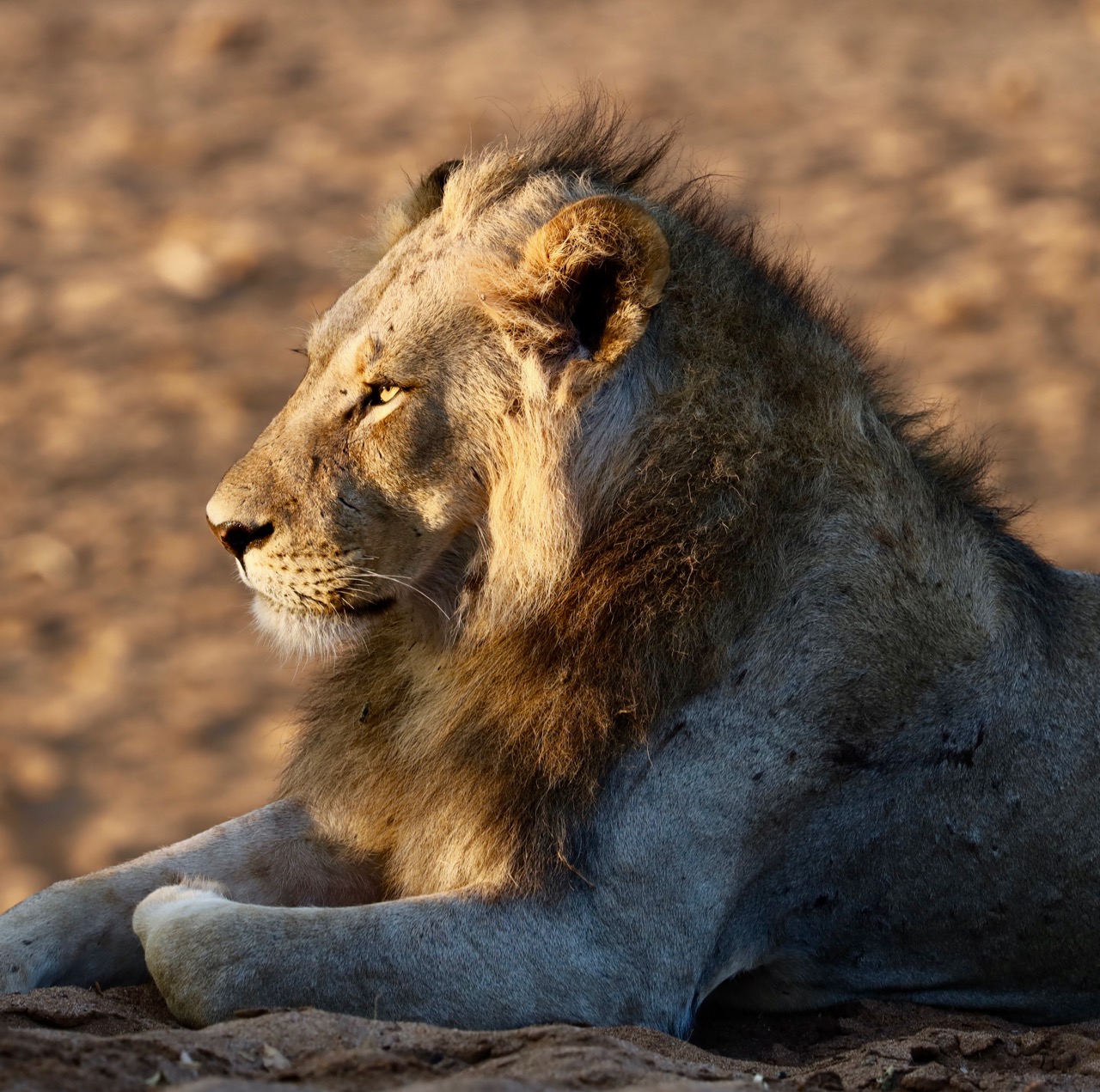 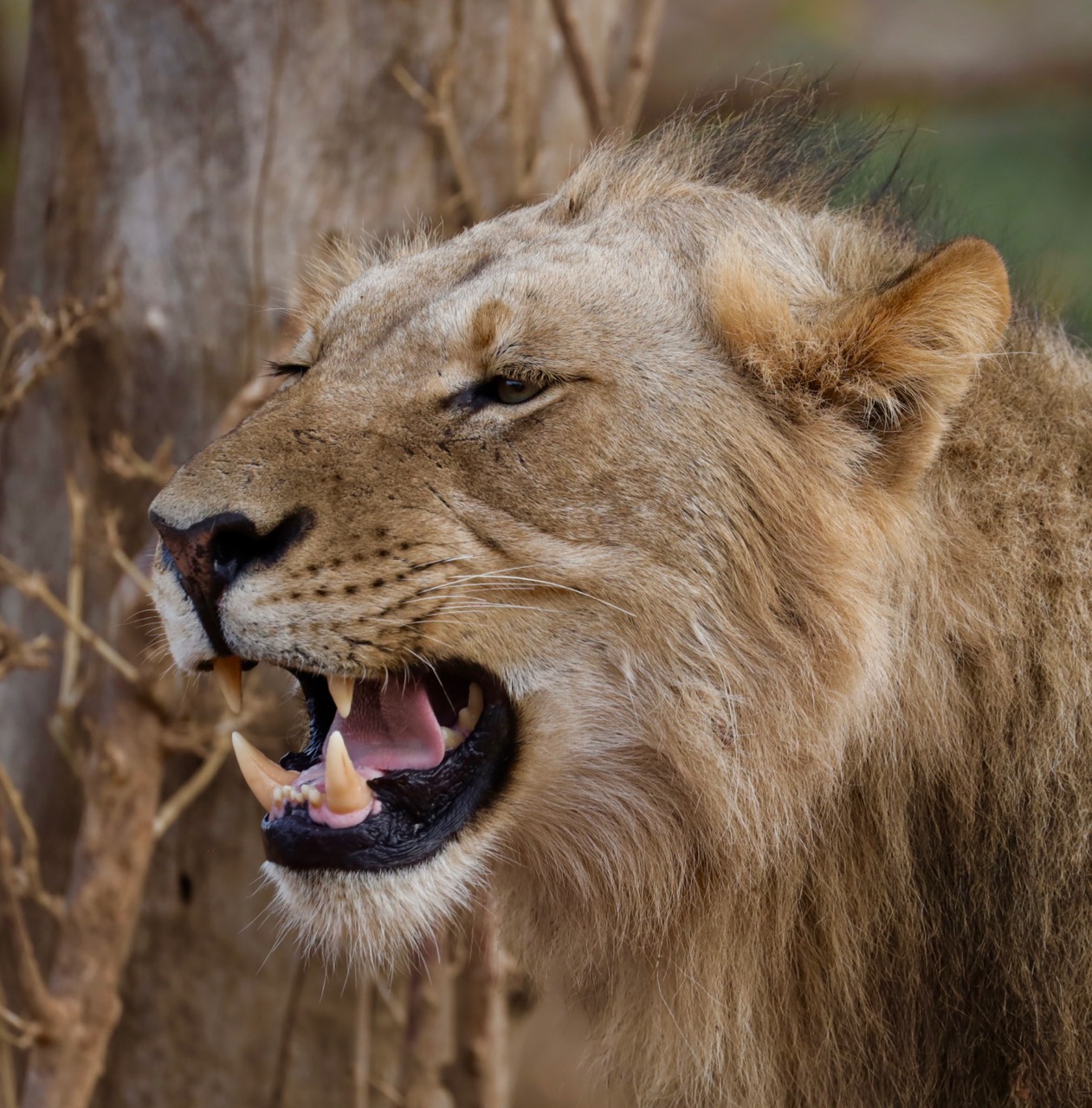 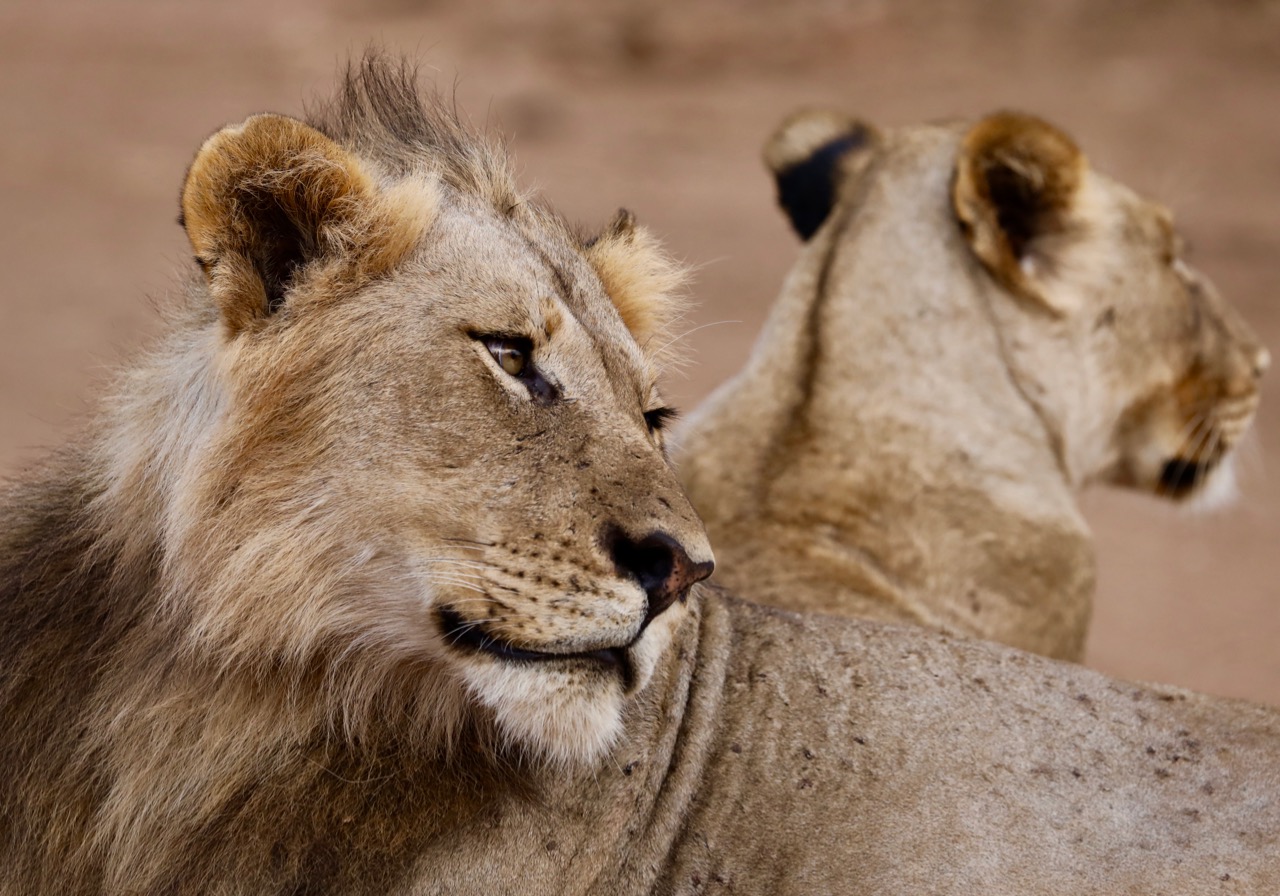 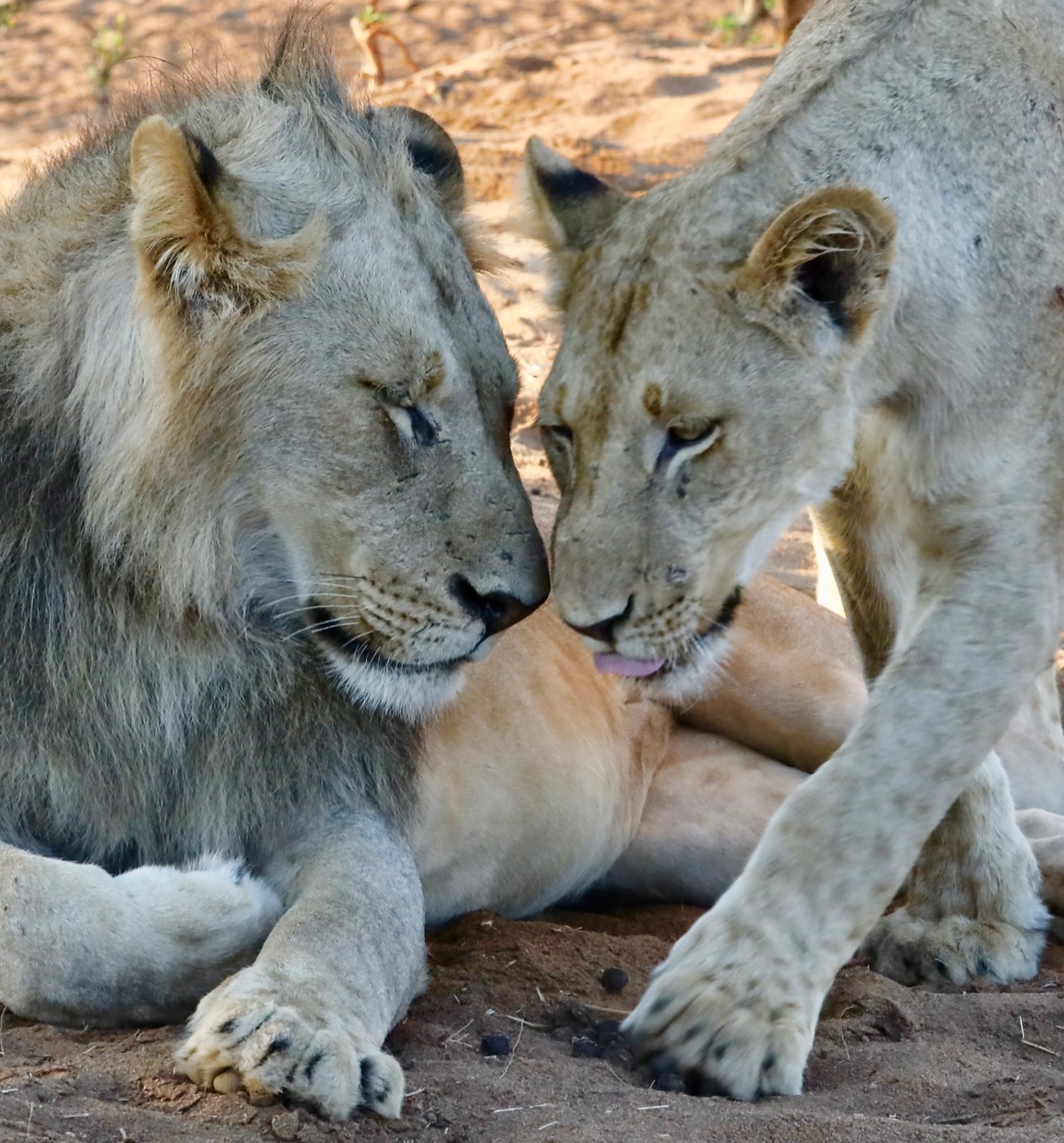 It was fascinating watching the negotiations as herds of elephant and buffalo needed to come to drink.   The elephants, with several small calves in tow, brooked no nonsense at all and chased the lions well away from the waterhole.  The lions backed away from the buffalo herd too, but it was more of a nervous stand-off.   Eventually they did take down an adult buffalo, ambushed initially by a lioness who had hidden some way off from the waterhole away from the main group.  It was too far away for good pictures, but here’s the aftermath.  It quite creepy that they licked the dying animal for several minutes before eating, I’m not sure of the reason for this behavior. 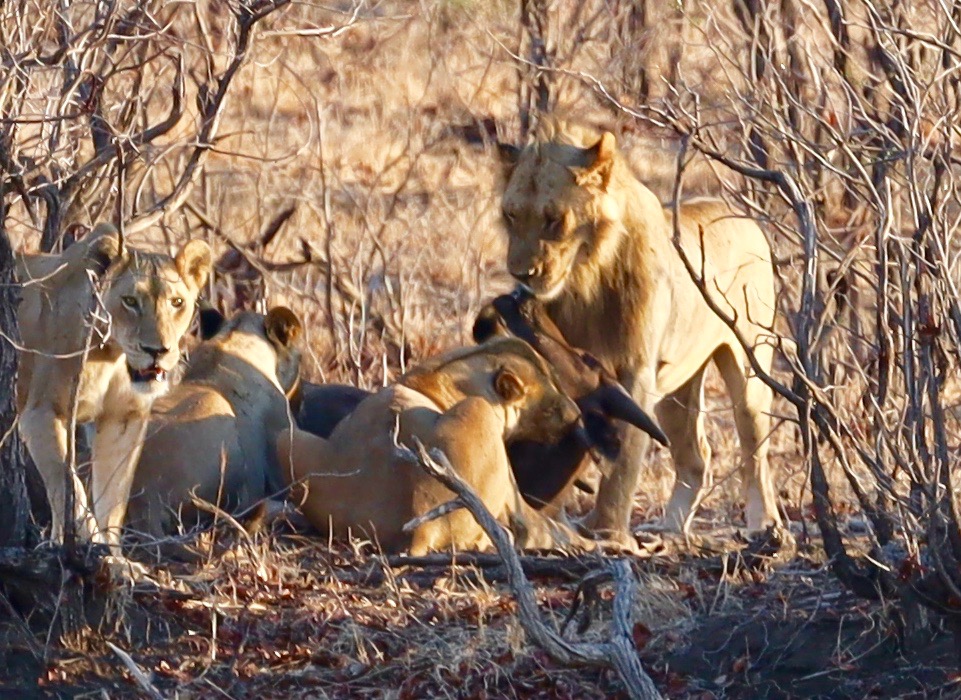 I was much more fortunate with cheetah (Acionyx jubatus) this time: there are few in the park and before this trip I had only ever seen them snoozing in the distance.  This time I came across two beautiful young males hunting. 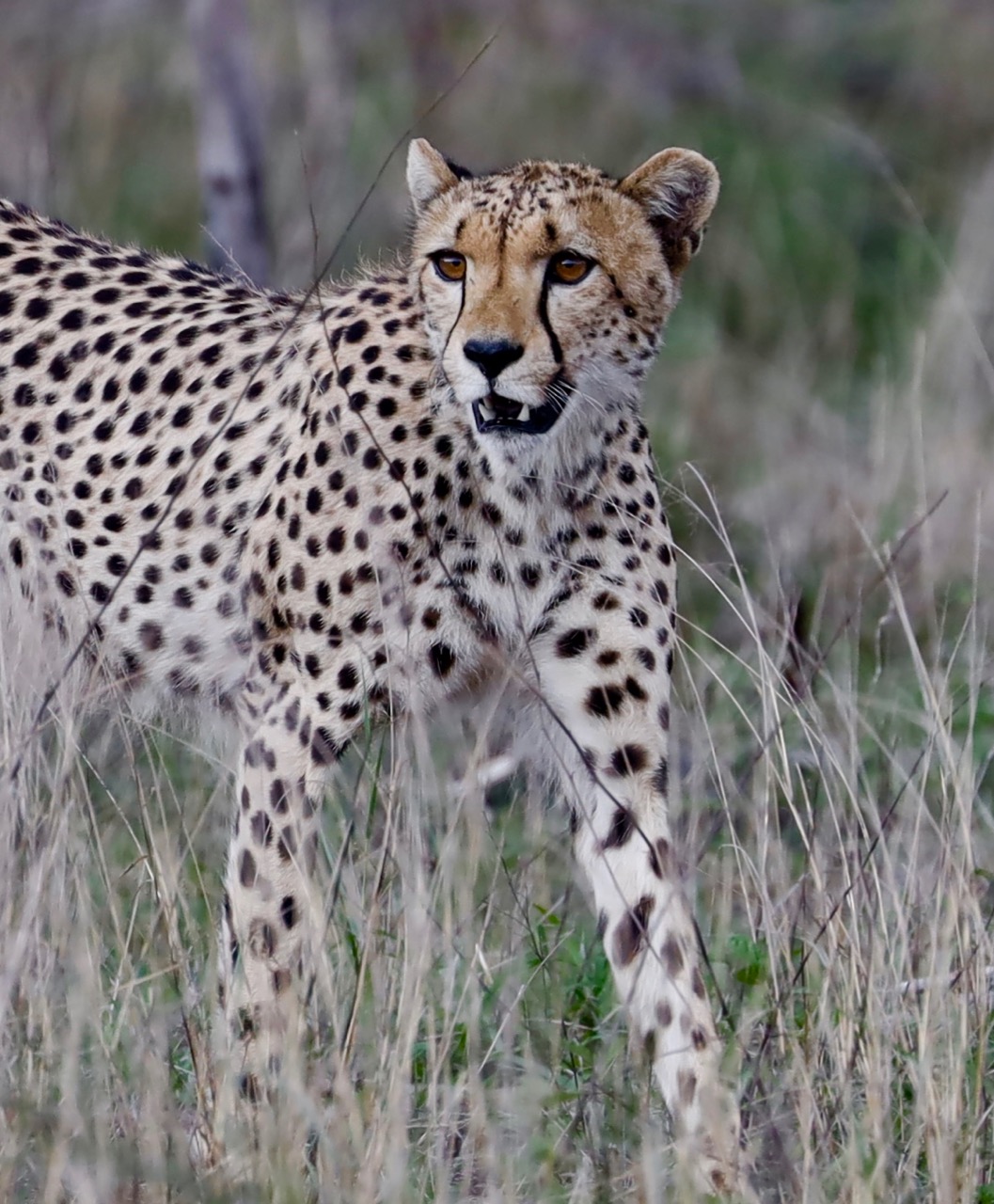 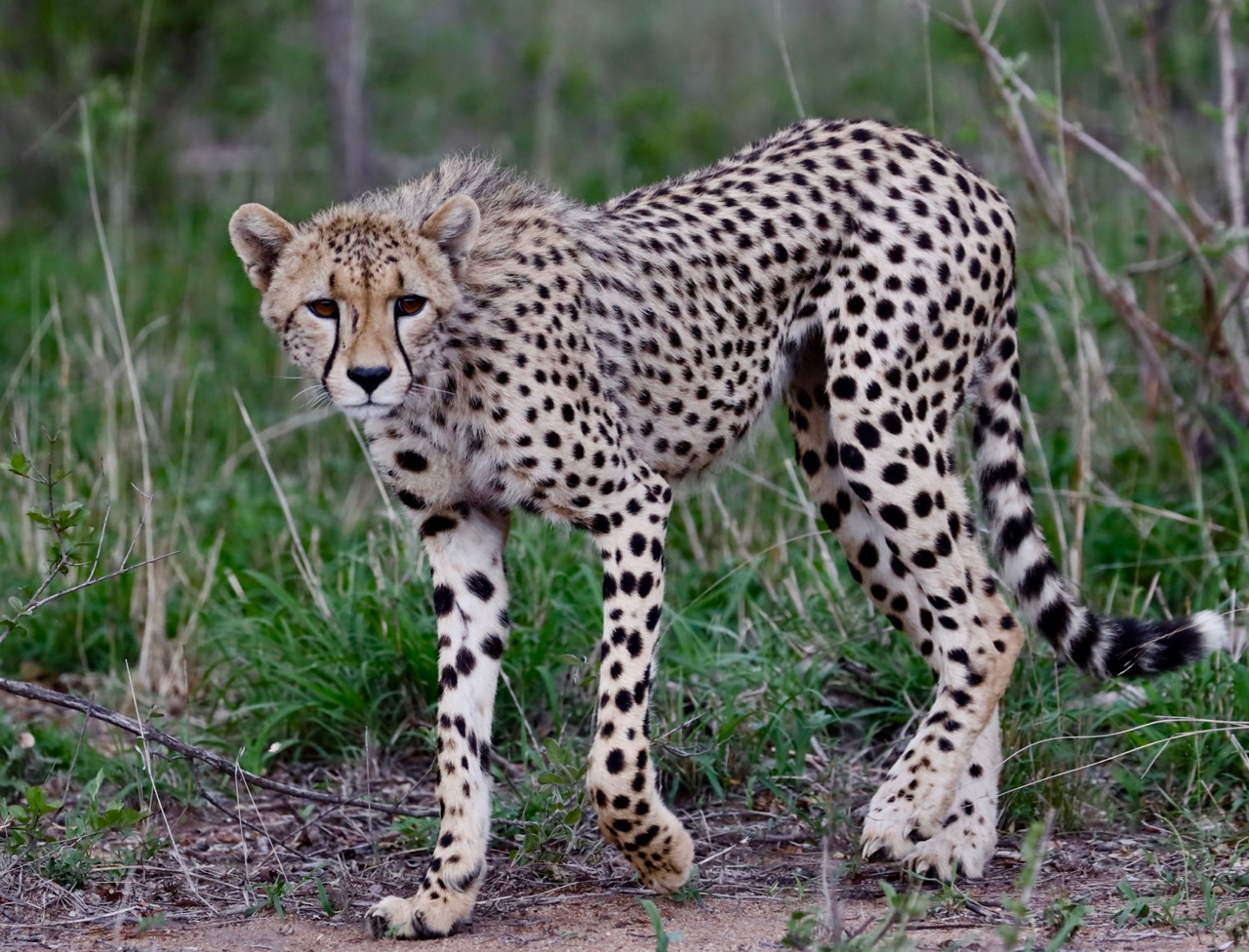 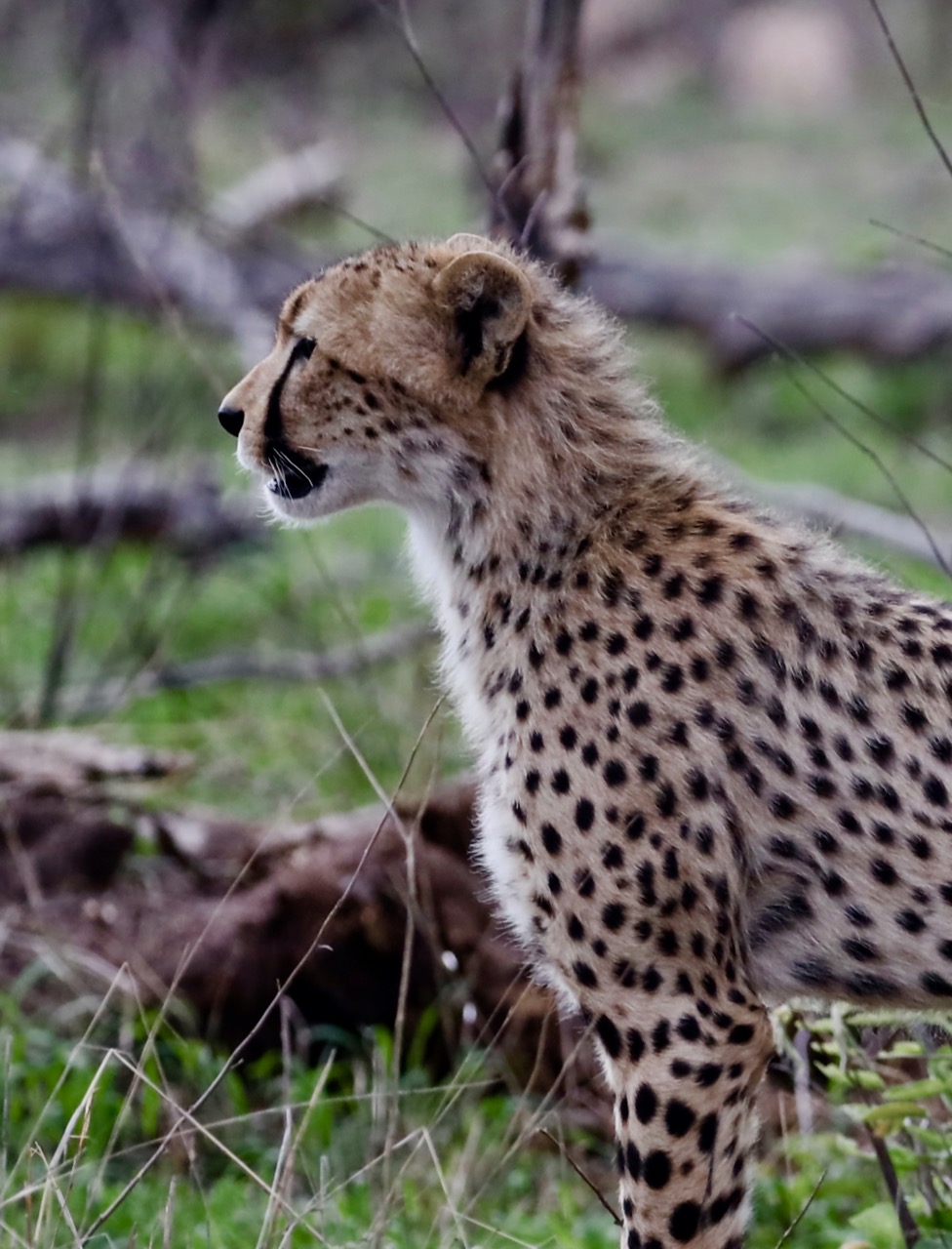