It’s the first Caturday of the year: Saturday, January 4, 2020, and National Spaghetti Day. (A report on the news Thursday evening about the best diets for 2020 indicated that spaghetti was equivalent poison, something to be eaten only as a rare treat because CARBS!)

It’s also Tom Thumb Day, celebrating the birthday of the dwarf—or should I say “little person”?— who was a headliner at Barnum’s circus (see below),  as well as World Braille Day.  Finally, it’s the eleventh day of the Twelve Days of Christmas (pipers piping).

News of the day: As expected, the Trump-ordered assassination of Qassim Suleimani in Baghdad has unsettled the Middle East, though there’s no war yet. The U.S. has sent 3,500 troops to Kuwait, and it’s only a matter of time before Iran strikes back in some way. Last night I heard on the news of another U.S. killing by drone, but can’t find it in the papers this morning. Reaction to the strike in Congress was pretty much along party lines.

Note to readers: If your trivia question went unanswered on yesterday’s post, please go back and post the answer. There were a lot more questions on that thread than I anticipated, but it was a good one.

Stuff that happened on January 4 includes:

Charles was executed by beheading on January 30 of that year.

I can find no photographs of Northup, and his date of death is unknown.

You can see the film of Topsy being electrocuted at the last link above, but I watched it only once in my life. It makes me livid because it was a cruel and callous thing to do. It was also a public spectacle and even put on Edison’s kinetoscopes where you could watch it for a fee. The fact that this would no longer be tolerated today is some sign of moral progress. What did Topsy do to deserve this treatment? From Wikipedia:

The elephant had recently been acquired from Forepaugh Circus, where she had a reputation as a “bad” elephant, having killed a drunken spectator the previous year who burnt the tip of her trunk with a lit cigar. After several incidents at Luna Park (sometimes attributed to the actions of her handler, William “Whitey” Alt) the owners of Luna Park, Frederick Thompson and Elmer Dundy, claimed they could no longer handle the elephant and announced they would hang Topsy in a public spectacle and charge admission. [Topsy wasn’t hanged, though they did put a noose around her neck and tightened it after the electrocution.]

Matthew sent this birthday from 1920:

4 January 1920 | A Polish woman Anna Stefańska was born in Jasło. Imprisoned in #Auschwitz on 27 April 1942 (camp no. 6866). She escaped during evacuation of the camp. She survived the war. pic.twitter.com/5wgUdub8eS

Here’s a well known piece by Slim Gaillard and some famous musicians, recorded on December 29, 1945. Gaillard speaks in his own hipster language called “Vout-o-Reenee”. There’s a lot going on here (read the YouTube notes, which identify the musicians), but it’s famous for having an extemporaneous solo by Charlie Parker, and may be the only recording by Parker on which he’s heard to speak. (Note that Slim calls him “Yardbird”, the source of Parker’s nickname of “Bird”, reportedly given because of his fondness for chicken (“yardbird”, though the story may be apocryphal).

I found this on Gaillard’s Wikipedia entry, a sad reminder of when relations between Jews and African-Americans were better:

Gaillard used Yiddish in at least two of his songs, “Dunkin’ Bagels”, and “Matzo Balls”, where he refers to numerous Jewish ethnic dishes eaten by Ashkenazi Jews.[21][22] The songs were issued by the Slim Gaillard Quartet in 1945 on the Melodisc label, featuring Gaillard on guitar, Zutty Singleton on drums, “Tiny” Brown on bass and Dodo Marmarosa on piano. “Dunkin Bagels” was later included in the 2010 compilation CD Black Sabbath: The Secret Musical History of Black-Jewish Relations, issued by the Idelsohn Society for Musical Preservation.

Gaillard was of course black, not Jewish.

Those who had their demise on January 4 include:

Seton was the first American saint, canonized in 1975. I can find no record of the miracles that helped propel her to sainthood. She had been married and widowed, and later founded a religious community dedicated to caring for the poor.  Her “feast day” is in fact today.

Meanwhile in Dobrzyn, Hili is a bit arcane in today’s dialogue. Malgorzata explains:

The urge to talk in some people (and to meow in some cat) is such that they talk without thinking. Hili is of the opinion that you should know what you are meowing about and that means that you must give it some unrestrained/free thought. 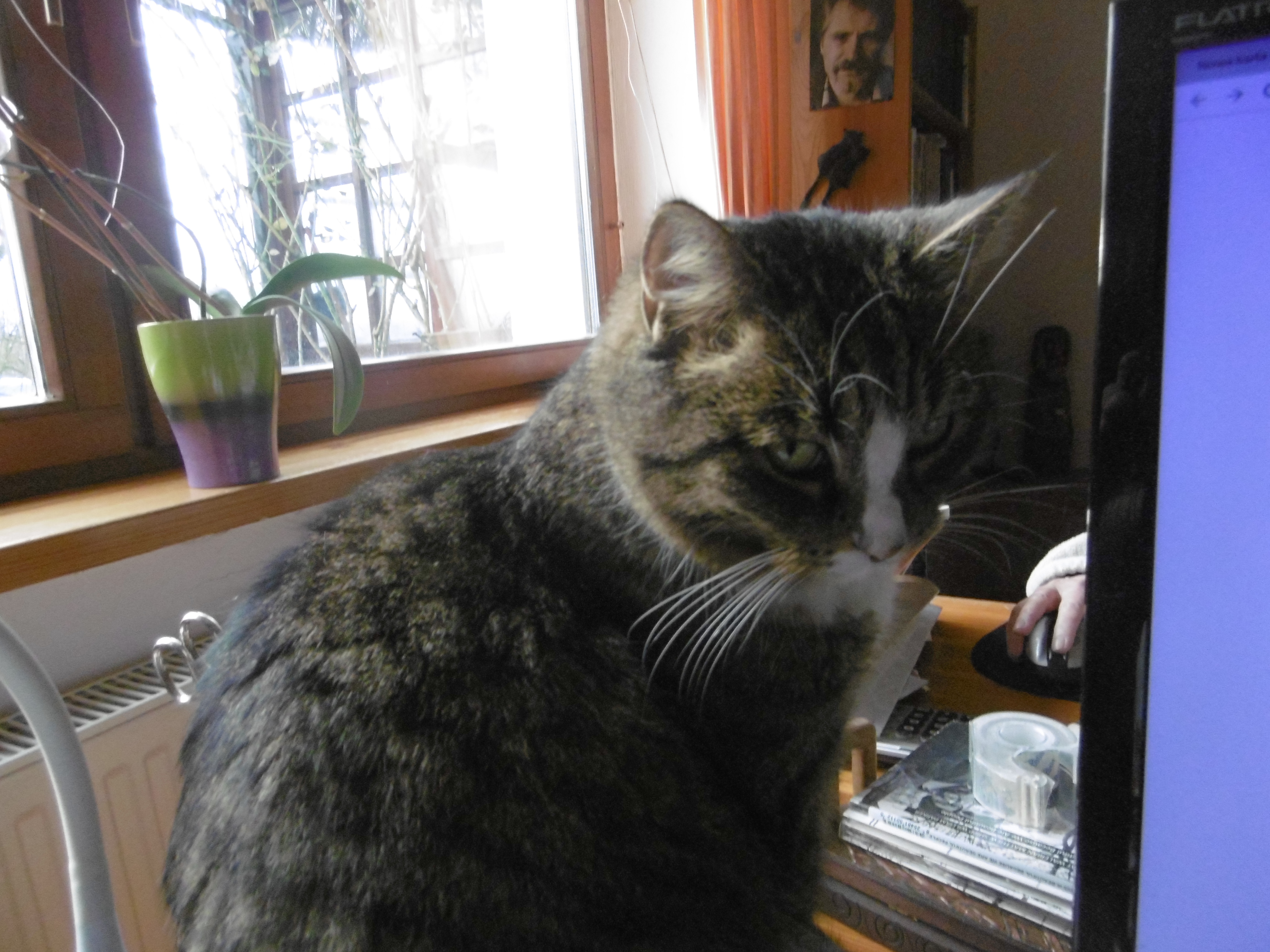 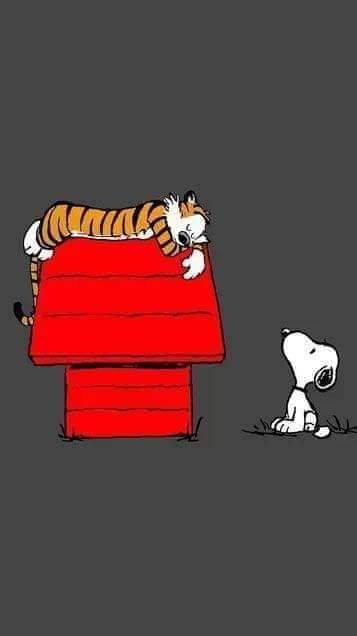 And from Bizarro Comics: 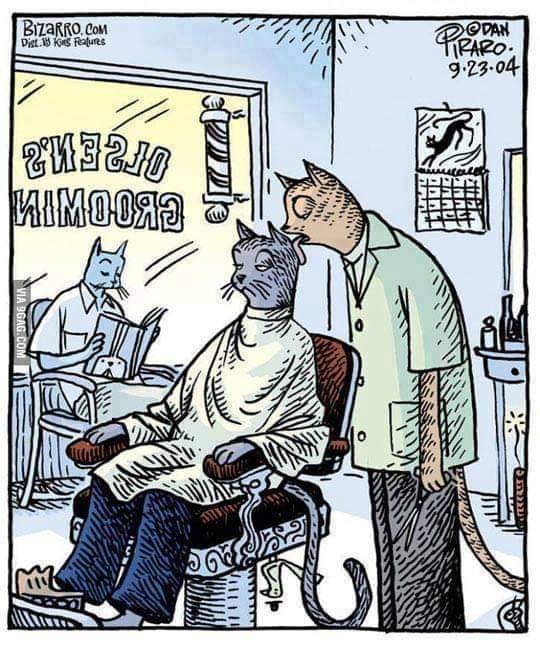 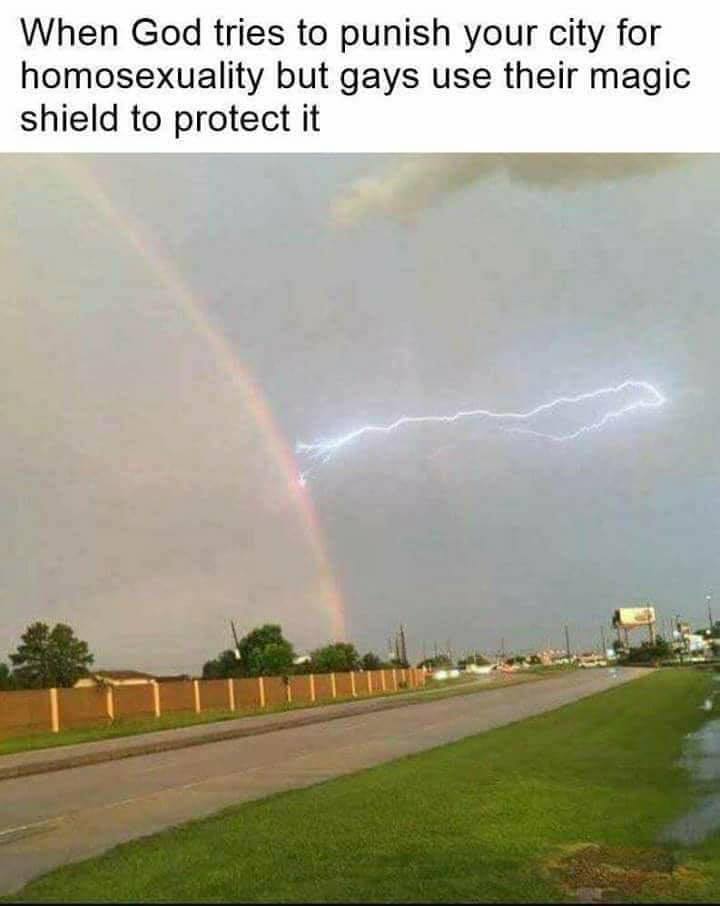 I don’t know who to believe anymore.

I just hope that no austere scholars were harmed in this operation. pic.twitter.com/eWhQfhZFlx

He’s going in but he’s not coming out (see next tweet after this one):

Two tweets from Heather Hastie. This first device is cool, but what is it good for? In restaurants on a ship?

A good protective mechanism; see here to find out how its used and the mechanism of “folding”:

Tweets from Matthew. Who says Greta Thunberg doesn’t have a sense of humor? Listen to the first before you see the second:

Does the Beeb have someone vetting their tweets? “Depleted” indeed!

And we all need a squee today: