Reader Chris Taylor from Canberra sends us some animal pictures, but also some distressing picture of the fires that are destroying Australia’s animals and its forests. His notes are indented:

Earlier this year, to get away from the Canberra winter, I spent six weeks on a working trip to a Bush Heritage Australia nature reserve on the Atherton Tablelands of Far North Queensland.  I have some photos that you might be able to use.

These first ones are of a Lumholtz’s tree kangaroo (Dendrolagus lumholtzi) family that I saw on the Atherton Tablelands. This is one of two species of tree kangaroo found in Australia; the other species are from New Guinea and surrounding islands. It’s odd to think of a kangaroo living in the canopy of the rain forest, but they are quite adept at getting about in the trees.  The Tree Kangaroos probably share a common ancestry with the Rock Wallabies, and have evolved features to help them: long tails for balance, long claws on the front feet (you can see the claws on the female in the first photo) and soft pads on the hind feet to give grip on the branches. 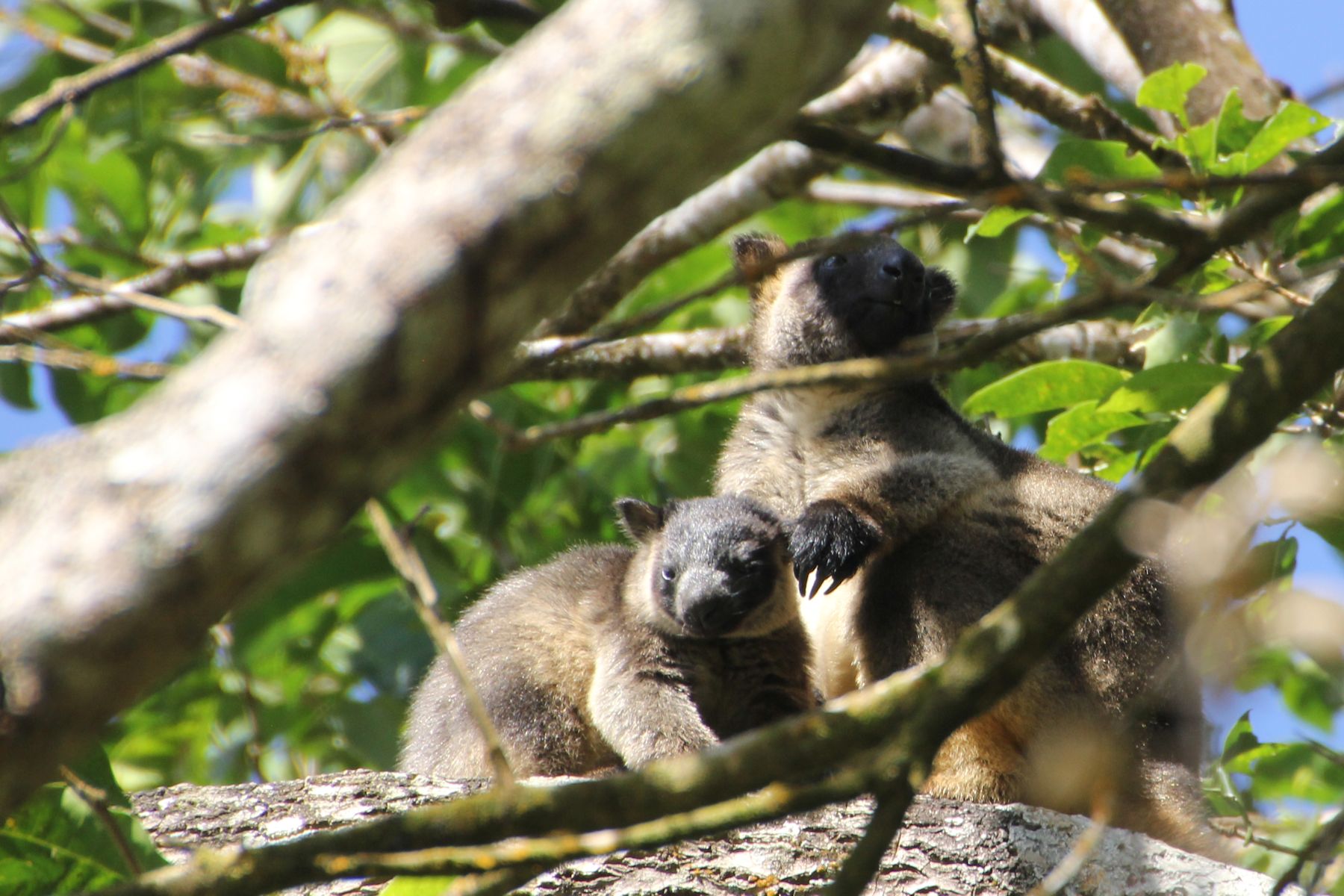 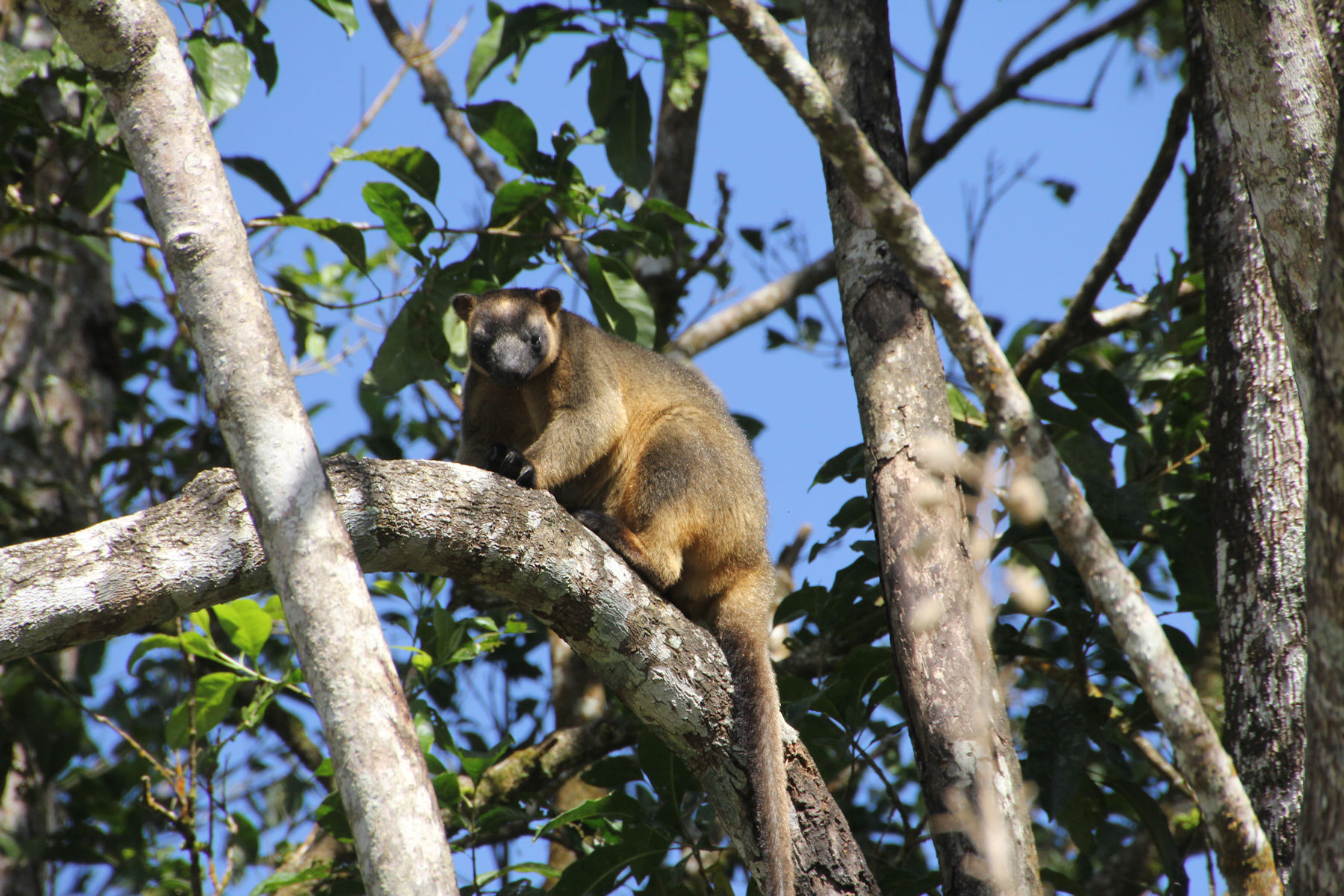 Joey on the left, female and male hidden in the leaves: 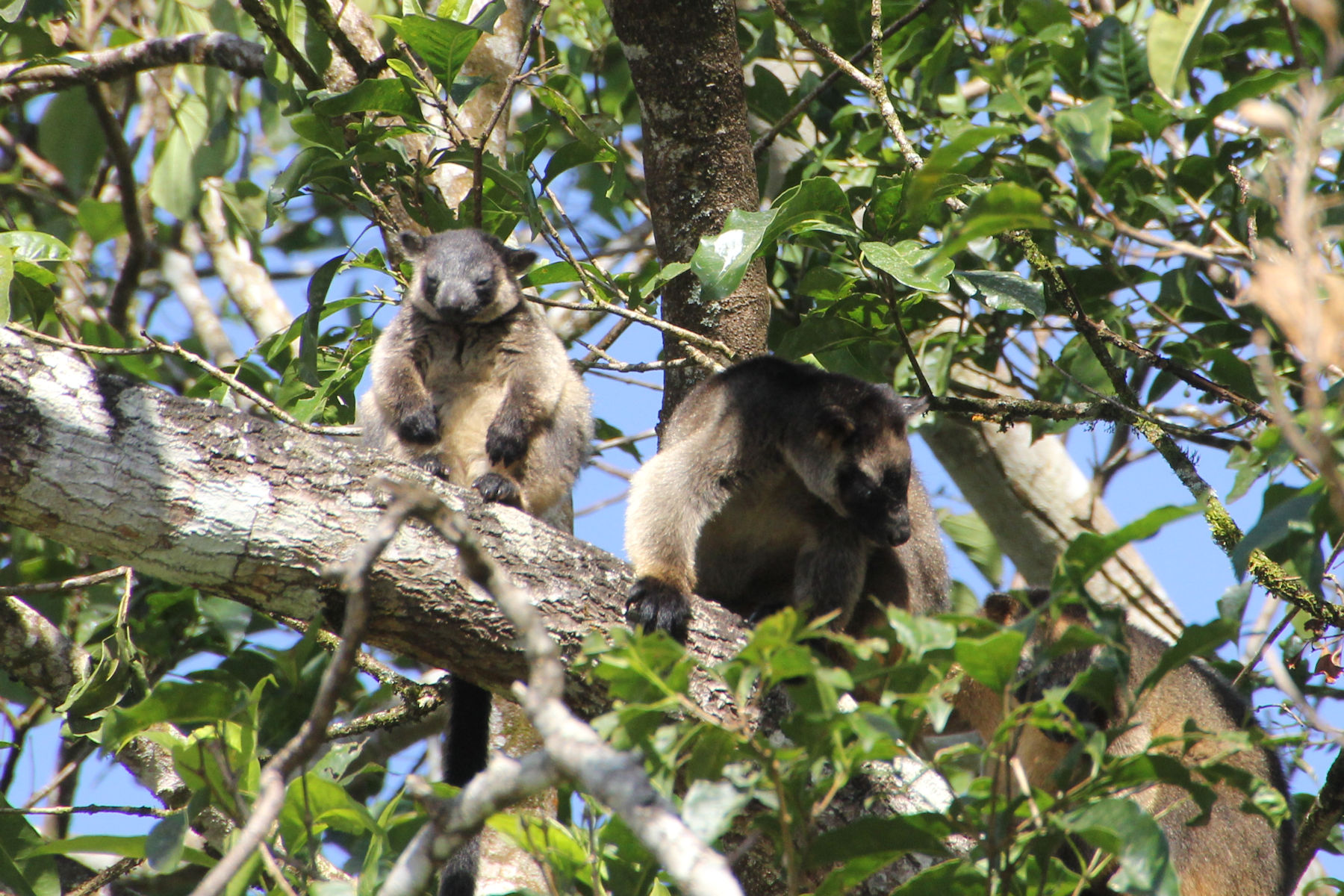 And the terrible fires:

There’s no wildlife in these, but a few photos of the bushfires in New South Wales.  I am a member of the RFS (Rural Fire Service) and have been out to a few of the fires.  Most of the time I don’t get a chance to take photos, but here are a few.

As of Monday, bushfires have burnt out a total of over 2.7 million hectares (about 10,600 square miles) in New South Wales alone this year, and there are over 100 fires still active, covering over 2 million hectares.  There has been one burning close to home for almost two weeks, so my brigade has been very active in trying to get it under control. The first photo is how it looked from home on 29 November. Two days later, I was out on the fireground helping with logistics. The second and third photos show the extent of the smoke. 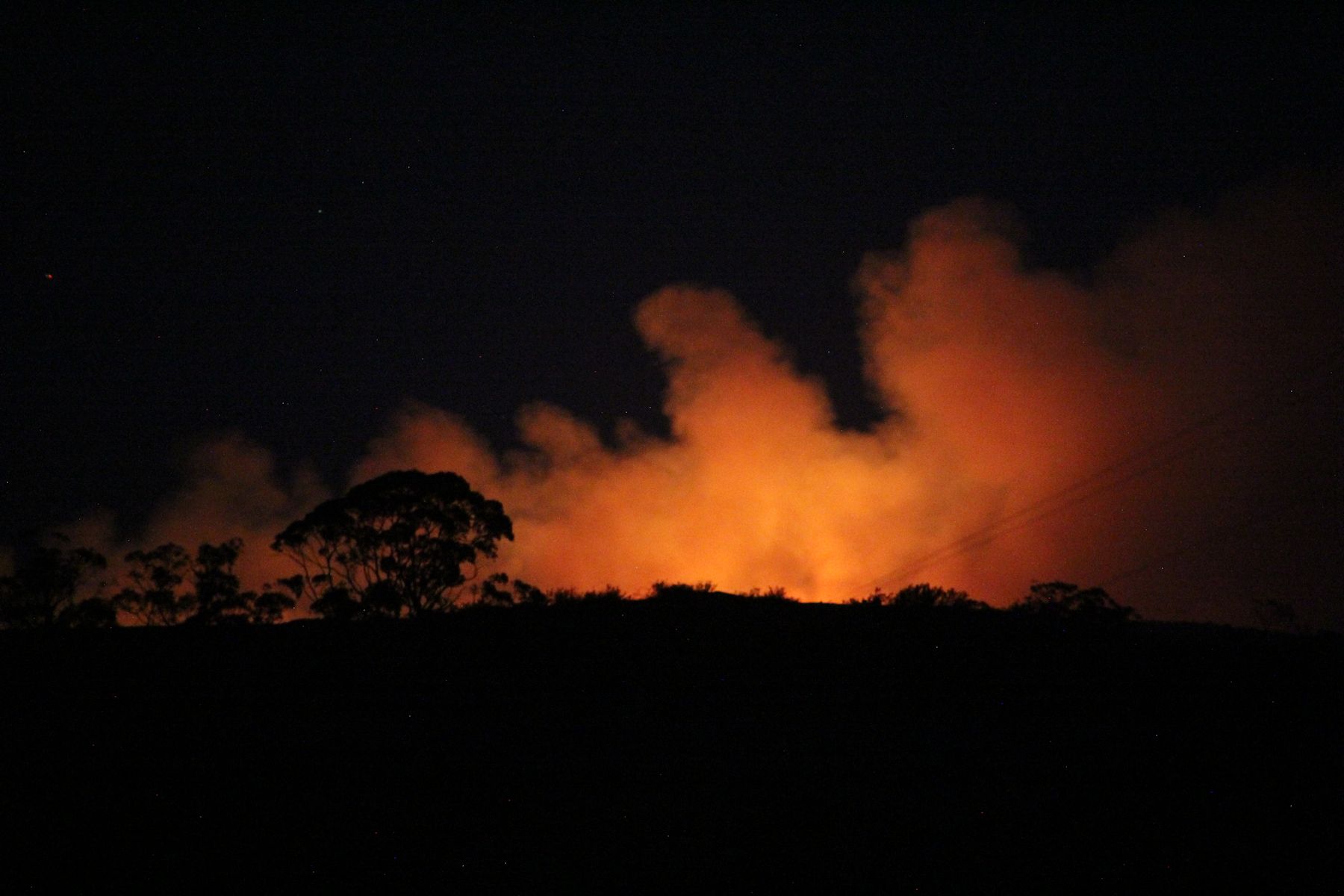 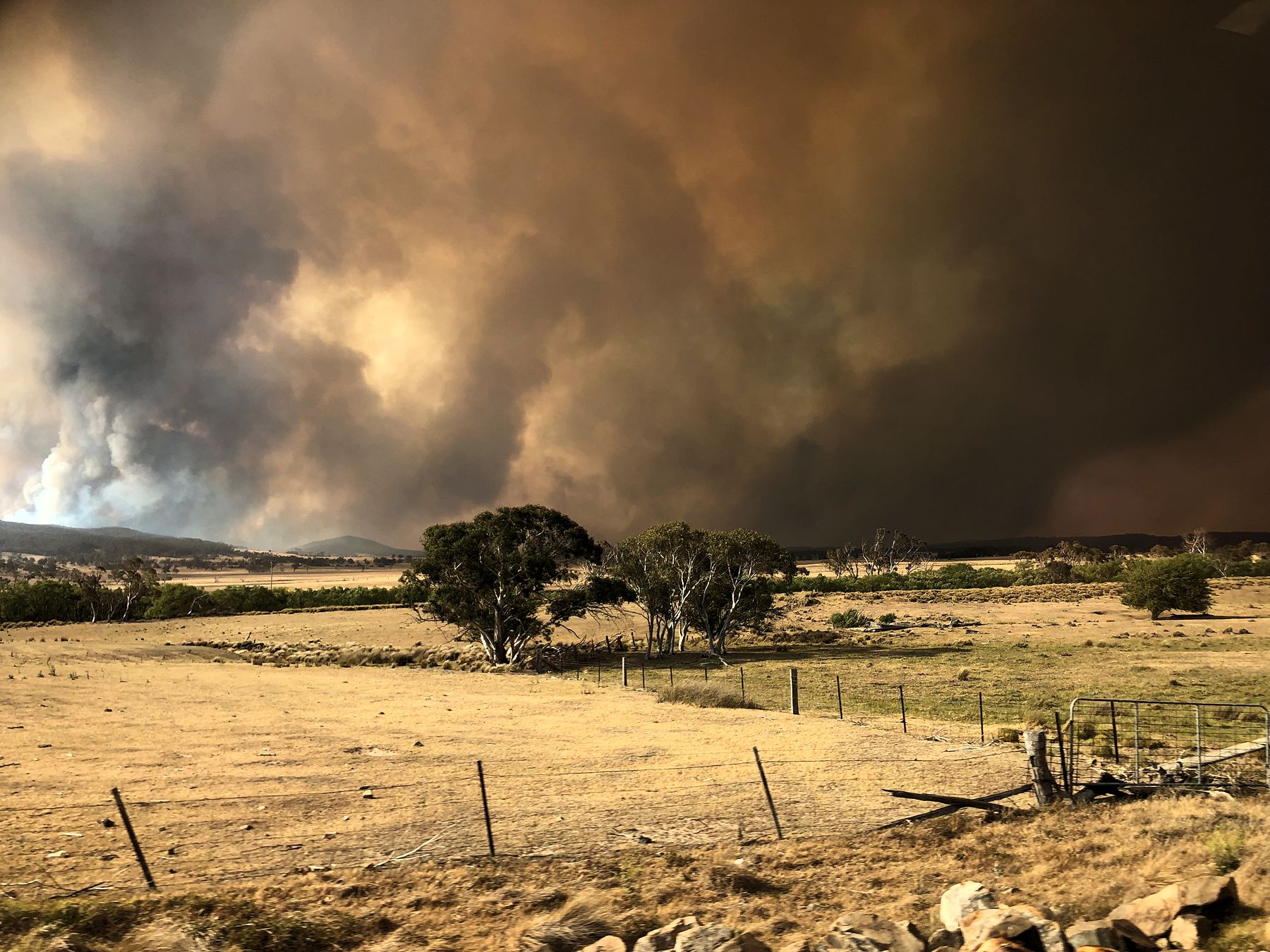 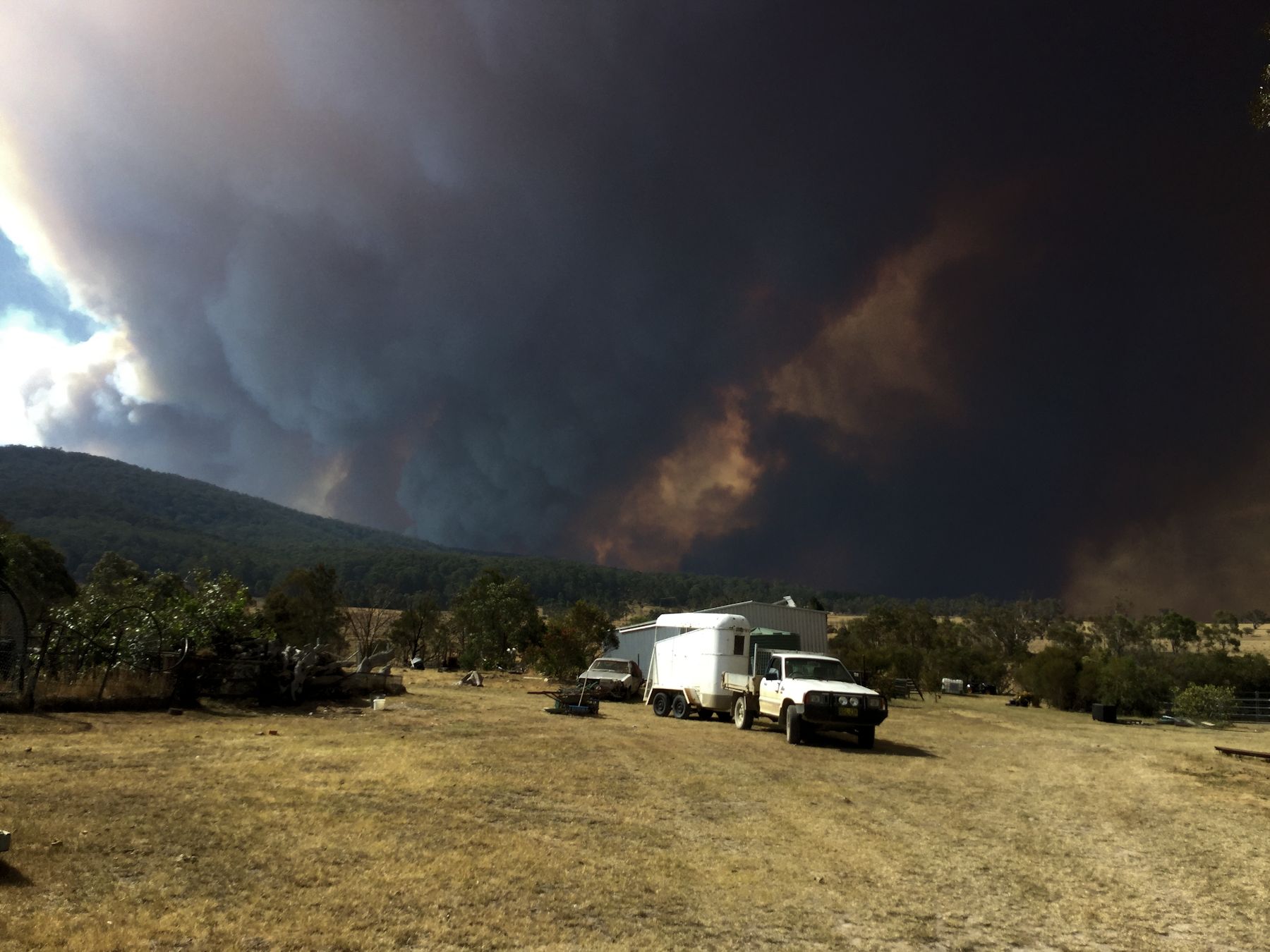 Also included two photos from an earlier trip.  A waterbombing helicopter in the smoke at Gum Scrub, and fire in the forest at night near Long Flat. 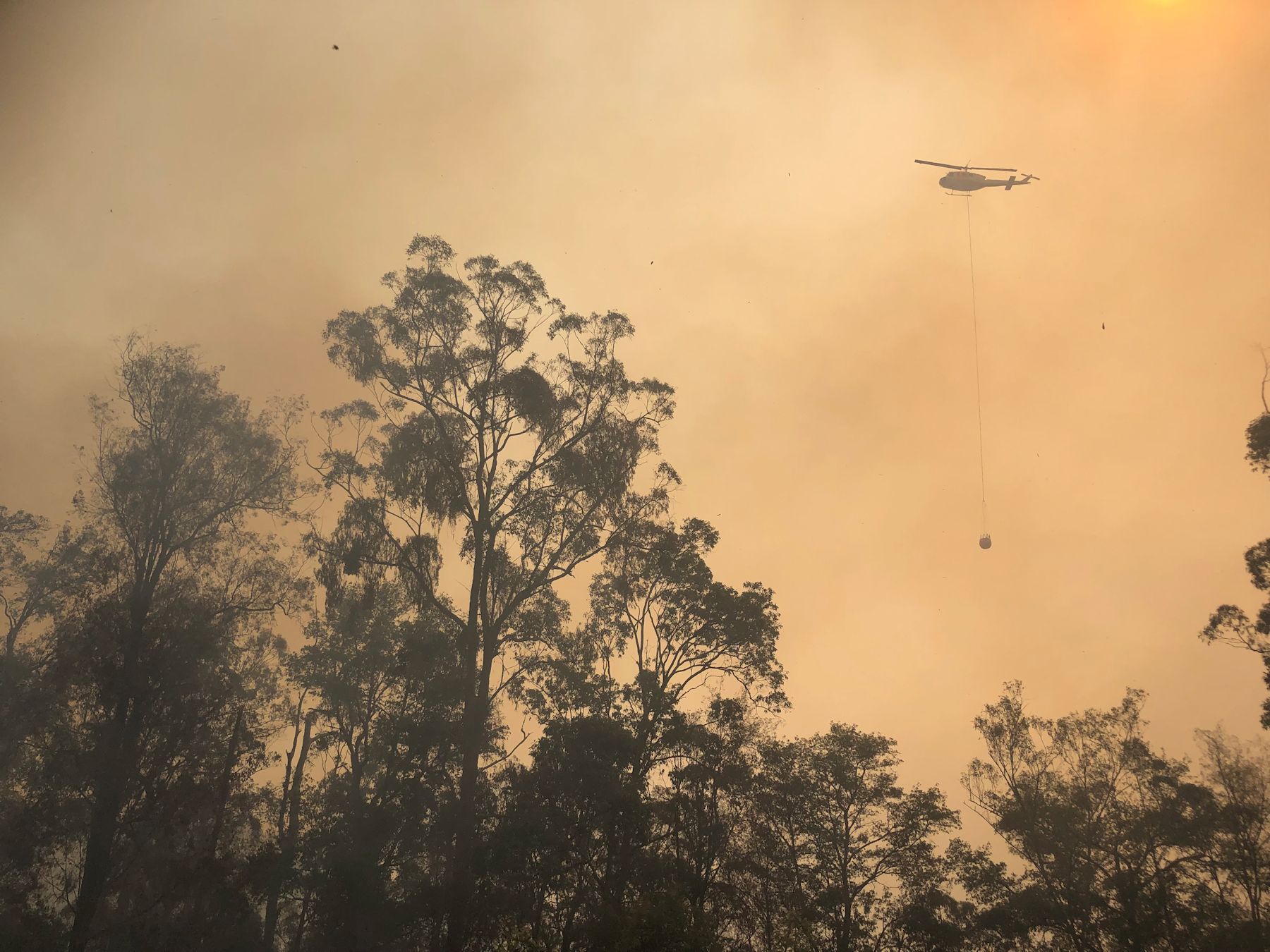 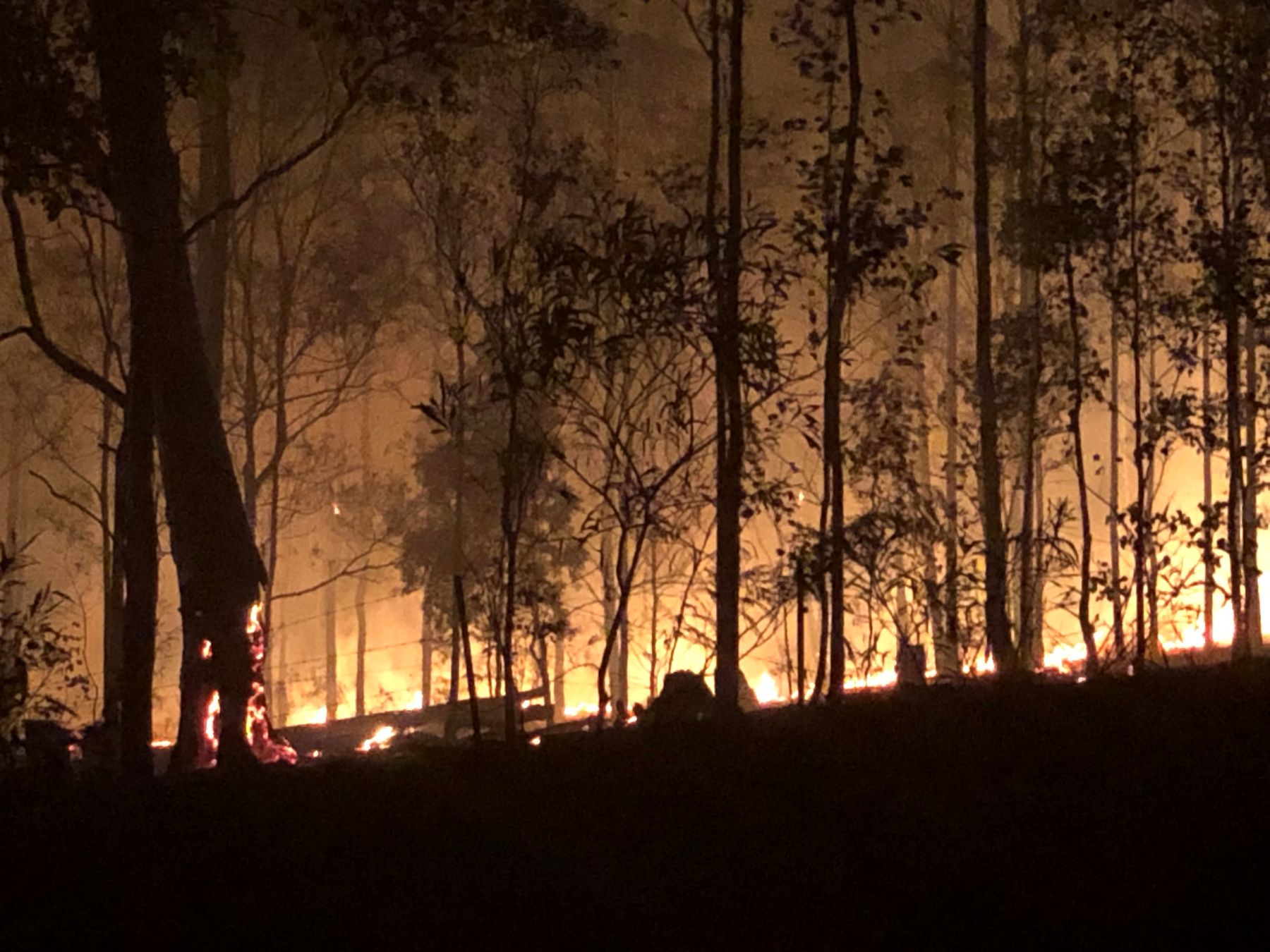