Today’s Jesus and Mo strip, called “cheek”, came with the email note, “Today Jesus and Mo have an argument about an argument.” It’s unusual for the boys to argue in this manner, and I don’t quite get the last panel, unless Mo, in light of the “turn the other cheek” dictum, counts Jesus’s self defense as retaliation. 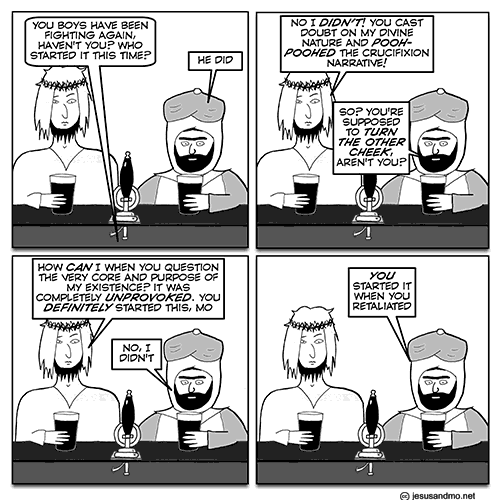 At any rate, if you have a few spare bucks, even the price of a Starbucks latte (that’s an overpriced $5 these days), I urge you to keep Jesus and Mo going by becoming a patron (here).

Remember, in 2014 a completely innocuous panel from the strip, reproduced on a tee-shirt worn by two students, was banned from the University of London’s School of Economics “fresher’s fair”.  Here’s the panel that caused such trouble (it upset Muslim students). Really blasphemous, right? 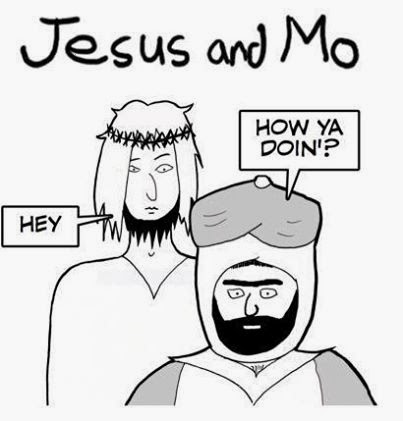 But worse—when the BBC reported on the story, it showed the panel, with judy Mo censored out!  Here’s what appeared on the BBC: 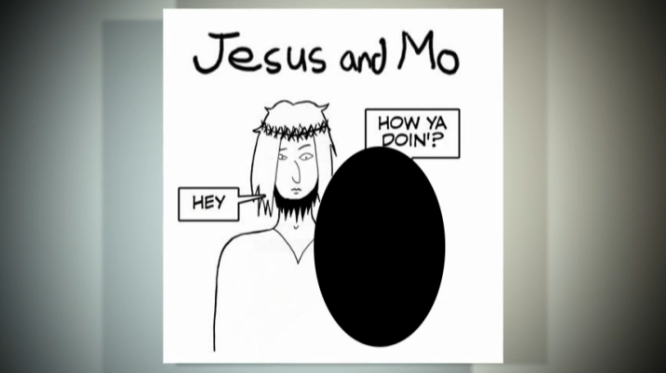 As The Friendly Atheist reported at the time,

Reporter Katie Razzall, heard in the voiceover, said, “We’ve taken the decision to cover up the picture of Mohammed so we don’t cause offense to some viewers.”

Some viewers! We know who they were, and they weren’t followers of Jesus. Crikey but the BBC is censorious!