In Poland, Hili tells a variant of an old joke:

Hili: Work has always fascinated me.
A: I know, it’s good that you are at least on the other side of the window. 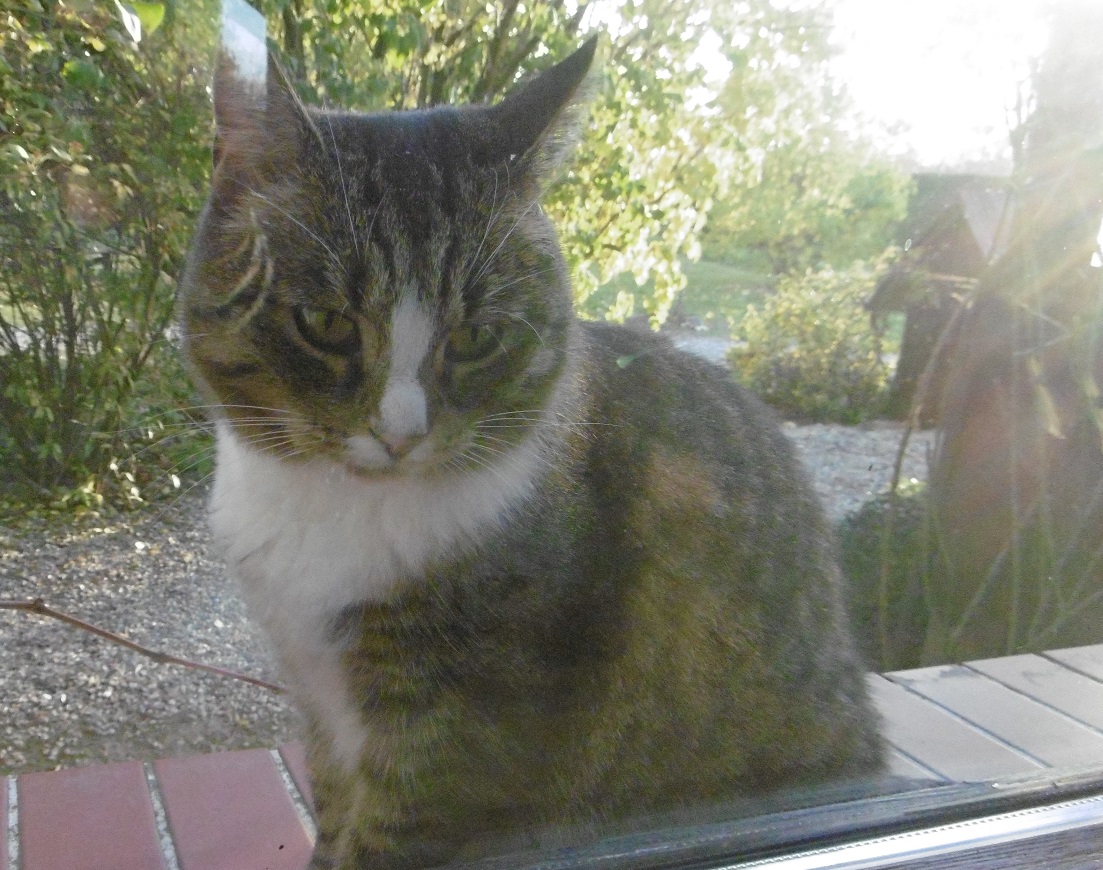 In his commentary, Chris, who runs the farm and makes the videos (which is “an education & wellbeing charity in Devizes UK for young people”, mentions that tonight is Bonfire Night in the UK, which involves both bonfires and fireworks displays (this year it has nearly coincided with the Hindu festival of lights, Diwali, so it has been non-stop banging and crashing of fireworks round our way for more than a week). For non-Brit readers who don’t know, Bonfire Night is when people all over the country burn the effigy of a catholic, Guy Fawkes, who attempted to blow up Parliament in 1605. Whatever happens over Brexit, no doubt the British public will get over it quickly… If you want to know more about the whys and wherefores of the Gunpowder Plot, I wrote this explainer for the LA Times in 2006.

Not understanding anything about American “football”, I don’t get this, but I get the cat.

Kevin Harlan’s call of the black cat on the field is CLASSIC 😂😂 pic.twitter.com/cL1euA3IKg

And some tweets from Heather Hastie:

The power of cat:

This is a dog tweet, but it’s too good to ignore:

"SERIOUSLY? Of all the fucking places, Brian"

Getting that tummy warm:

What I'm actually doing when I tell people that I'm too busy to go out on Saturday night.

Cat camouflage in a modern world:

"cat? no idea, we're all towels aren't we, lads?" pic.twitter.com/JhYcdaxs6f

And to finish, a cat with pretty impressive leaping skills: