I’m sure the ducks at Botany Pond will have flown south when I return at the end of November, so here are the last photos and videos I took of this year’s crop.

Before I left, our beloved waterfowl were coming and going every day, as is their wont before the Big Migration. The lowest number was about ten, the highest (imparted to me last night by our Secret Duck Farmers) was 23. I’m not sure how many of the adult mallards were this year’s babies returning, but the fully greenheaded drakes were surely not this year’s crop. (I am proud that we fledged 27 ducks this year, only one fewer than were hatched. That’s only a 3% mortality rate.)

Here’s the daily feeding on land (more efficient in ensuring that all ducks get noms). First a photo, then a video: 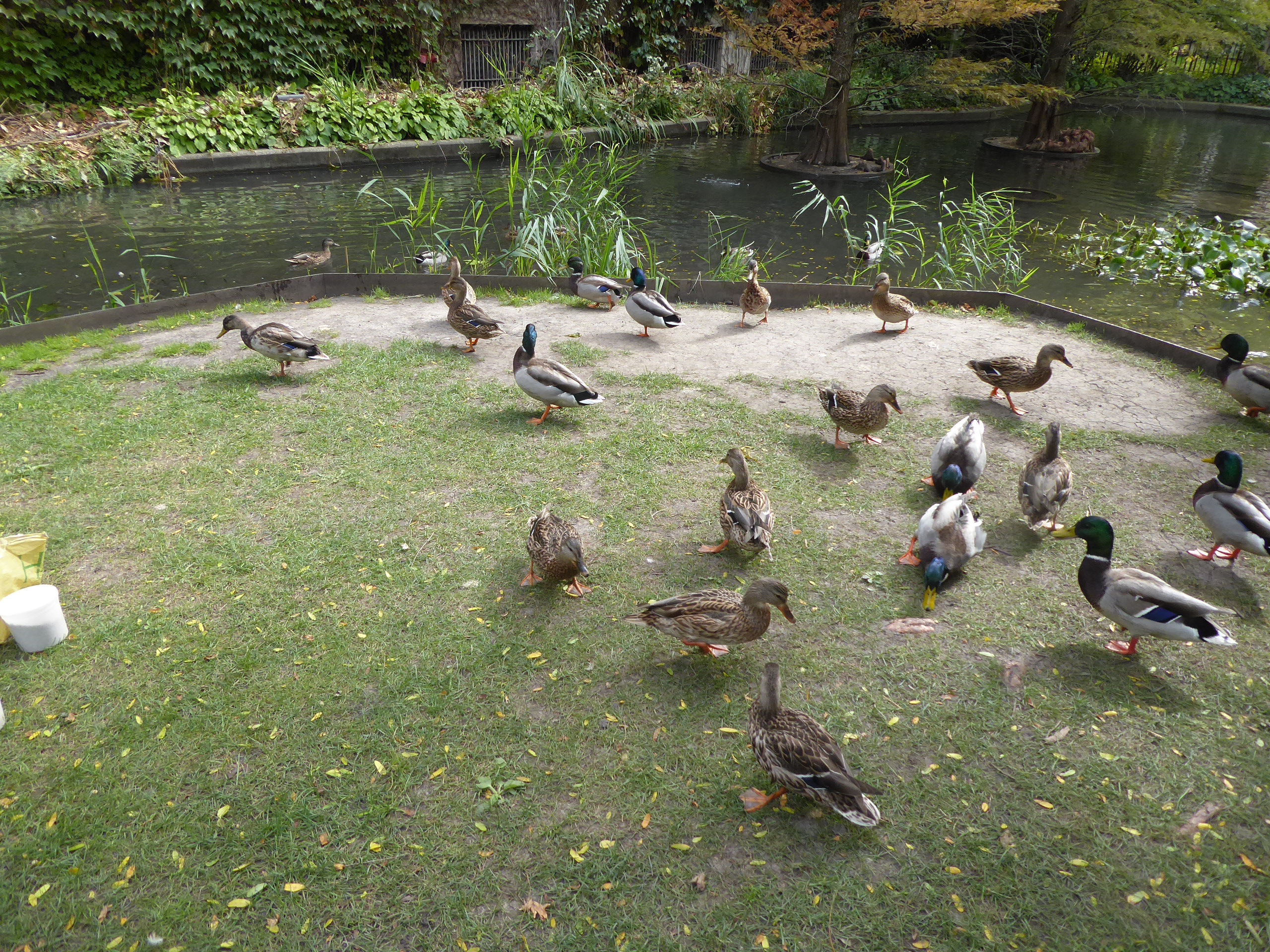 A video with quacking, mostly the muted quacking that drakes make. You can see the frenetic competition for duck pellets, and the mean drakes chasing others and even pulling feathers from the females’ breasts.

What we were faced with in the pond. These adults eat a lot: I went through four quarts of duck food at each feeding (3 per day), as well as mealworms and corn on the side. It’s a good thing I ordered another fifty-pound bag to have for our Duck Farmers to use in my absence 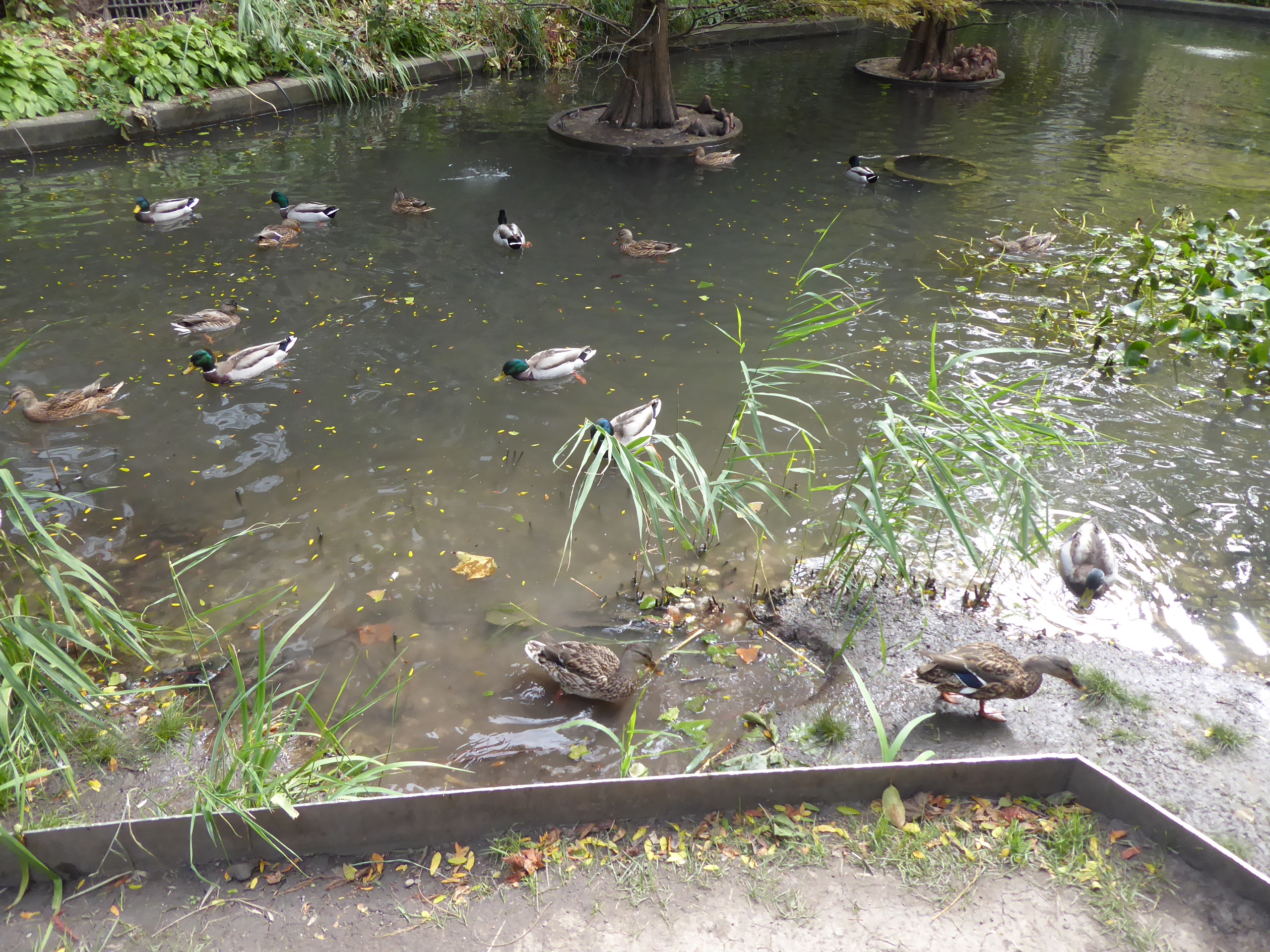 Below: courtship, as drakes and hens suss each other out and start to pair up (pairing begins before the migration south). The drakes often race each other, which could be chasing (though there’s no fighting) but could also be evolutionarily homologous to drag races by young boys, the technological equivalent of genital-size competitions: