Out in Poland, Hili is a modest cat with little to be modest about.

Hili: Modesty is a virtue.
A: There is no denying it.
Hili: I go in for it in my moments when I am free from other chores. 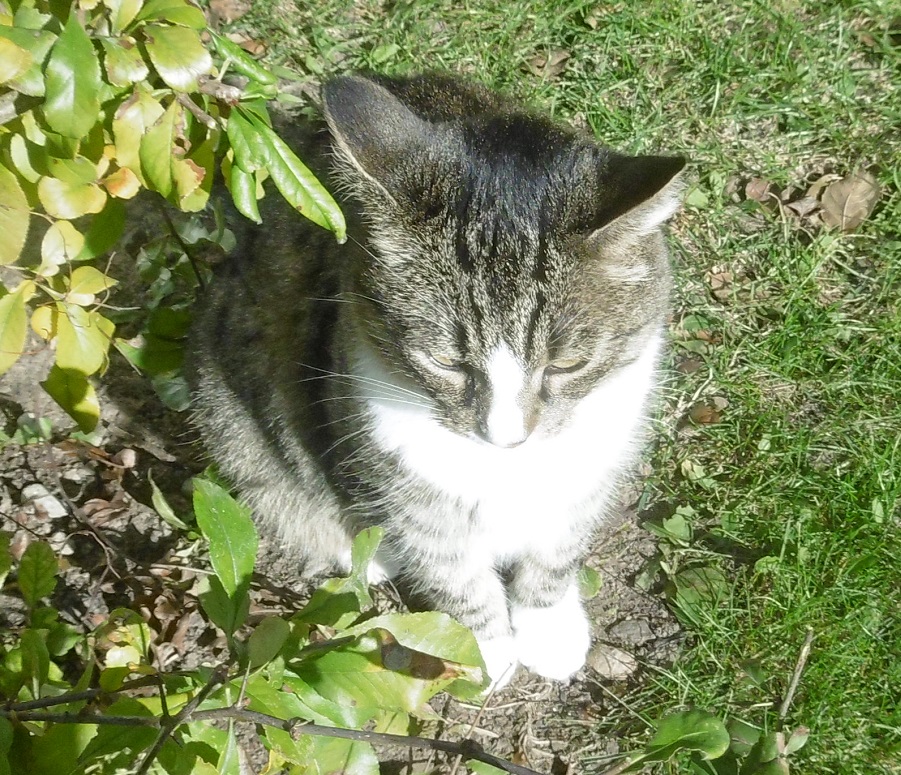 Look at this beast (note it is kneeling down to eat):

You’ve been visited by the Halloween moose. May god have mercy on your soul. pic.twitter.com/buldjLg92B

A rather terrifying Irish legend that, perhaps, Grania could have told us more about…

The Dullahan is a headless rider in Irish mythology. He carries a whip made from a human spine, his wagon wheels are made from human thigh bones and its covering is dried flesh. When the Dullahan stops riding and calls a name that person will die immediately. #FolkloreThursday pic.twitter.com/m4nPXxlgy1

Mancunian monsters (I haven’t spotted these yet – Jen Williams is one of our local journalists (yes, they still exist) who does brilliant work on housing and politics and stuff):

A creepy encounter in a wood. Who knew deer ears were so tough?

Something slightly freaky about a deer skull with the ears still attached…sadly I missed this corpse at the stage when diptera were active. ☹️ pic.twitter.com/1ZMWWIjMwp

And now something real to give you nightmares:

The nation’s leader describes political opponents in his own party: “human scum.”
I can’t get used to this. Tinpot despots talk this way. Hitler and Mussolini talked this way. No American president, ever before. pic.twitter.com/51qfiVs0km

And to close, two raves from the 70s. First, fab fashion:

How to blend in… #1970s #fashion pic.twitter.com/XBNyFlYRaI

And last, film of the final flight of Concorde, which took place On This Day in 2003. A beautiful machine as long as you don’t think of the stream of partially-combusted kerosene it left behind it, the dreadful carbon footprint and, above all, the incredible racket it made. When I lived in south London in the early 1980s, we had to stop trying to talk when Concorde flew over my flat at around 6:30 pm each evening. Looking at how long it takes to get into the air, despite the four Olympus engines, I wonder what proportion of its total take-off weight was fuel? (Yes I know Wiki could tell me in an instant, but to use one of Jerry’s favourite English phrases, I can’t be arsed – feel free to chip in).