I didn’t think I’d learn anything, and I really haven’t. The only change in my attitudes is that I like Elizabeth Warren less and Pete Buttigieg more, and everyone else pretty much the same as before. Even though “Mayor Pete” seems to have little chance to be the Democratic nominee, Warren’s evasion of questions grates on me. She dissimulates too much.

At least Bernie admits that “Medicare for All” will entail an increase in taxes for everyone, but says—and this is the way to couch it—that although taxes will go up, medical care costs for the poor and middle class will go down more. In net, he says, they’ll be paying less. I’m not sure that’s true, and I don’t favor “Medicare for all” (I favor a public option), but at least he’s honest. Warren can’t even admit that.

I don’t think I can watch any more. Meet the new debate, same as the old debate. But if you want to watch it, click on the screenshot below. And weigh in in the comments. 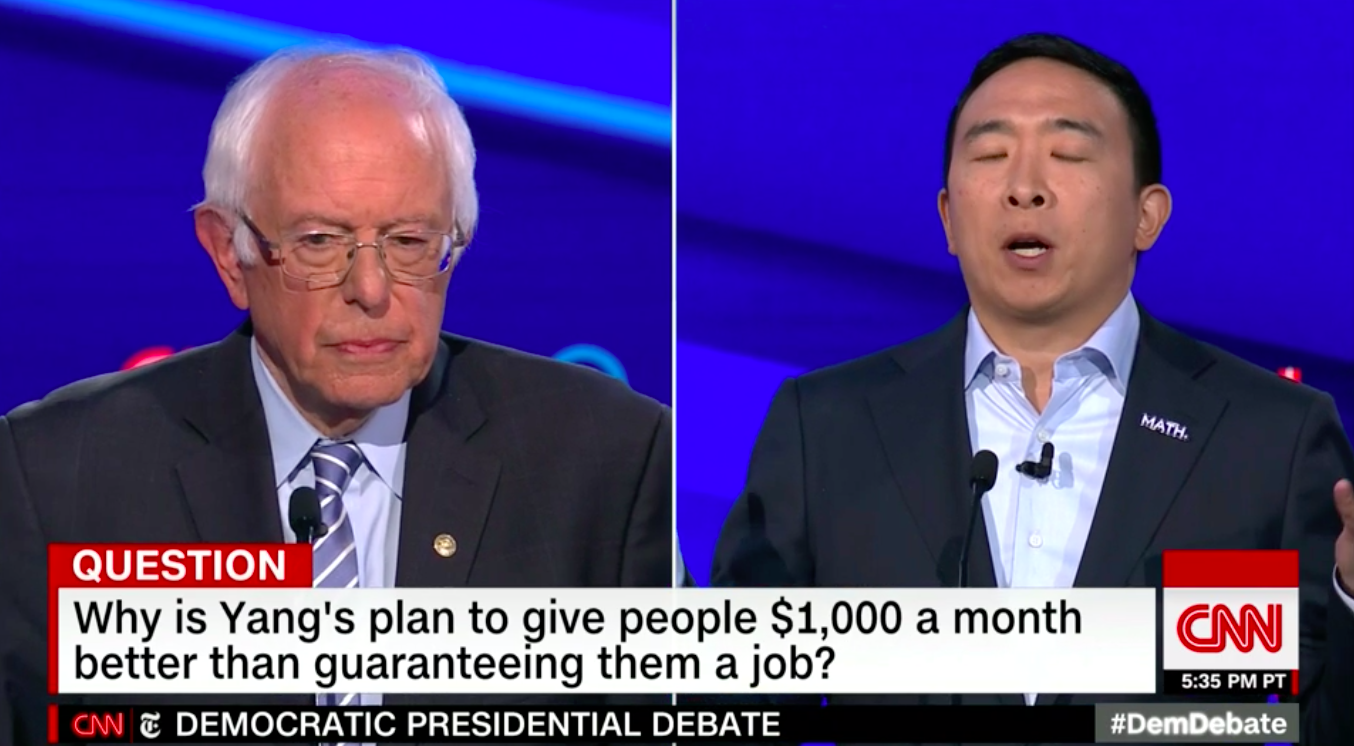