It’s Tuesday, October 1, 2019, which means it’s time to post Thomas Wolfe’s paean to October from Chapter 39 of Of Time and the River. Wolfe is one of my favorite writers, even though I realize that his writing was uneven and even though my English-professor friends tell me that his books are juvenile and overwritten, and that I shouldn’t like him. Yes, he’s uneven, but there’s also wonderful writing like the following, truly expressing the soul of the season in America: 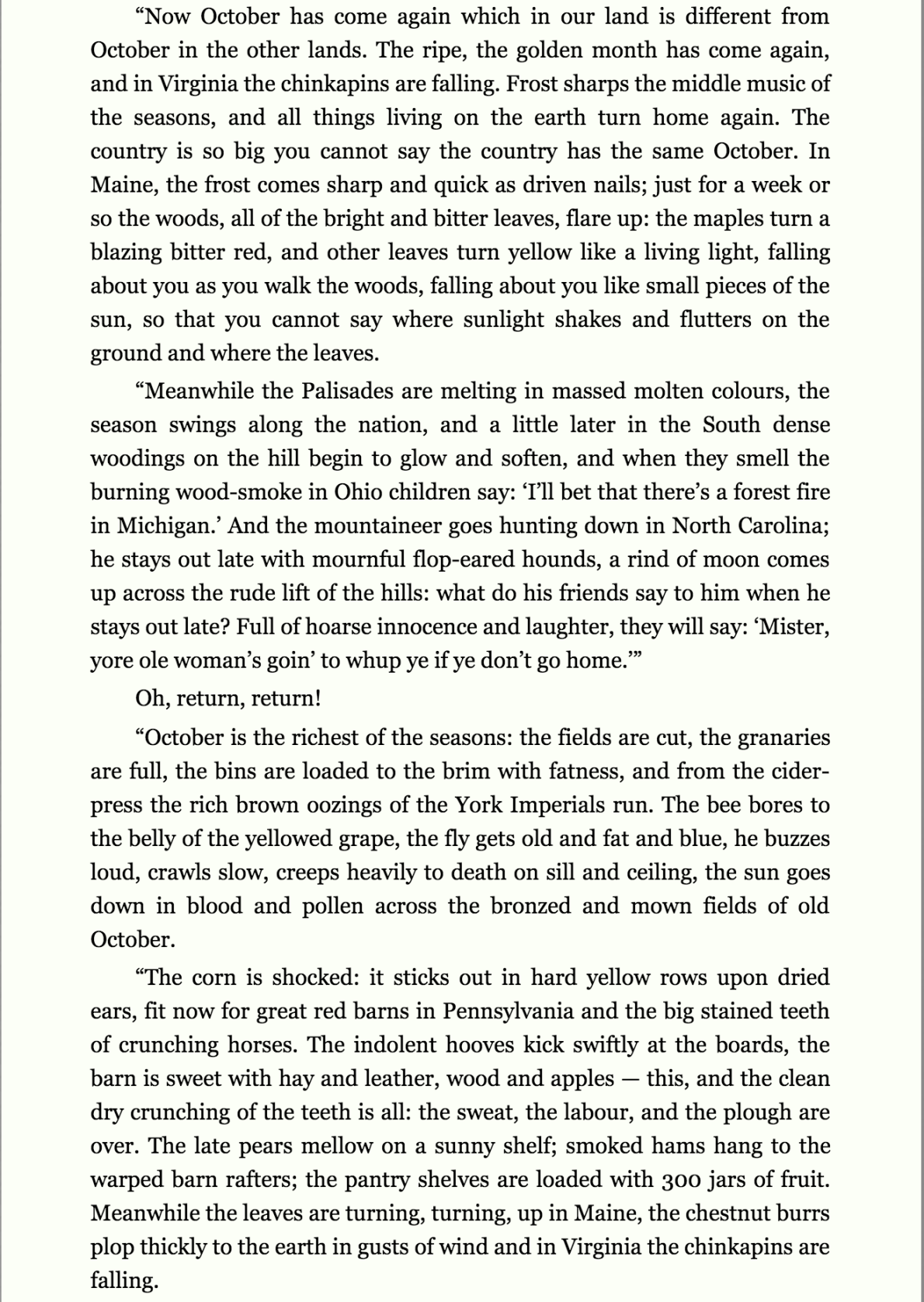 It’s National Pumpkin Month, but that goes along with today being (ugh) National Pumpkin Spice Day. Whoever thought up the idea of putting this stuff in coffee created a monster—and a lot of bad drinks. It’s also World Vegetarian Day, International Coffee Day, and, best of all, International Raccoon Appreciation Day. Please appreciate a raccoon today. I love them! Here’s a mom and her brood climbing a tree, with mom helping the reluctant kits:

It’s also the International Day of Older Persons, a UN holiday. I guess I qualify, but the link doesn’t define “older persons.”

News of the Day: Too much to tell, with lots of impeachment stuff happening, and now the Australian prime minister is involved in Trump’s political manipulations. Read the New York Times for everything.  And both Napoleon Chagnon and Jessye Norman died yesterday.

I met Norman once, as she was inducted into the American Academy of Arts and Sciences on the same day I was. She even sang a bit during the ceremony. When I approached her, all I could say was that I was a fan (and got her autograph).

This is my favorite song of hers, Richard Strauss’s “Beim Schlafengehen” (“Going to sleep”), one of his Vier Letzte Lider (“Four Last Songs”). It’s appropriate as a memorial to this remarkable artist:

Today’s Google Doodle (below) honors Dr. Herbert Kleber (1934-2018), and clicking on it goes to an Internet compilation of articles about him. As C|Net notes:

Dr. Herbert Kleber dedicated more than half his life to treating drug addiction, spending more than 50 years studying the causes of substance abuse and developing treatments to reduce the effects of withdrawal. His work changed the way addiction is viewed and treated and helped save countless lives.

To honor the American psychiatrist and pioneering substance abuse researcher’s work, Google on Tuesday is dedicating its Doodle to Kleber on the 23rd anniversary of his election to the National Academy of Medicine, a volunteer organization that provides advice on health and medical advice.

. . . Kleber developed his “evidence-based treatment,” treating addiction as a medical condition instead of a failure of moral character. [JAC: a deterministic rather than a free-will approach!] His approach stresses the importance of research, employing the use of medication and therapy to prevent patient relapses.

Stuff that happened on October 1 includes:

The inflation calculator says that this price then is equivalent to $24,052 today, which would buy you a spiffy Honda sedan with lots of extras.

Many of you know that at its annual meeting, the Freedom From Religion Foundation raffles off “clean money”—currency minted before 1957—as a prize.

Famous people who bought it on October 1 were also few, and include:

Hili: Life must be treated with a pinch of salt.
Sarah: Why?
Hili: An excess of solemnity may indicate narcissism. 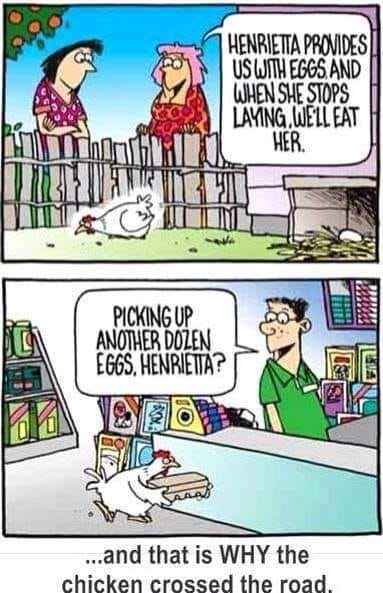 From Su: Ducks as fashion accessories: 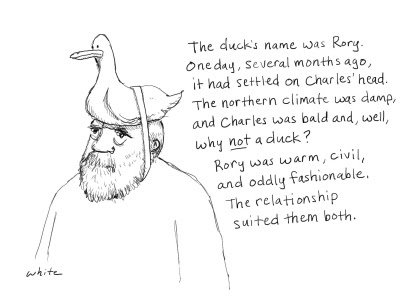 On International Blasphemy Day, I have to point out the false equivalence, demonstrated here by Pakistan's Prime Minister, between killing people who belong to a religion and criticizing the tenets of a religion. Murder is a crime, blasphemy a nonviolent product of free speech. https://t.co/mNxXHByXy7

A tweet from Claire Lehmann. It’s amazing how few people noticed the wombat, but it’s like the famous basketball-passing video in which people fail to notice a guy in a gorilla suit.

Did anyone else see a wombat enter the front door in the midst of the scuffle? https://t.co/b9wx1PRM1n

White liberals have to start listening to me when I tell them; you can’t be more offended than the victim. There is a weird self-loathing going on, and it’s not helping anyone. #WhiteShame #HonkyTax pic.twitter.com/tUI7aPCanF

Lordy, this guy is good with the ball!

From Barry: an elk bugling (I’d never heard it before, and it’s not what I expected!):

Have you ever heard an elk's voice? 🎶

A tweet from Heather Hastie, who’s about as anti-gun as I am. She says about this one, “Via Ann German. I don’t even know what to say here. The whole idea of giving this stuff out in the first place is beyond my comprehension.”

Florida gave a Glock, magazines and body armor to an educator as part of its *school guardian* program that arms faculty. He then pawned it all three times in two months for gas money.

. .  and two tweets from Matthew Cobb. This first one puzzles me: are you supposed to give the staff some money and then one time out of ten they’ll give you a toy?

How to have fun in Hornsea. pic.twitter.com/oso3TfPNXy

This one’s bizarre but seems mostly real (except for the concealed identity). Read the thread for more info, including:

Thinking about how the Dutch police arrested a bird for taking part in a robbery, put it in a jail cell with bread and water & when the media reported on it they put a little black bar over the face to protect its identity pic.twitter.com/2ly0zsoAw6