Today we have some lovely photos from Florida taken by David Campbell, whose notes are indented. And kudos to David for fighting for evolution in the South!

A few for the hopper from a long time reader in northeast Florida.  I am twice retired, once from the Navy and once from teaching high school biology where I not only taught evolution but was part of the group that wrote the first Florida Science standards that contained the actual word.  Photography is a long time avocation.

American Alligator (Alligator mississippiensis)  An eleven-foot adult basking on a cool day at Payne’s Prairie Preserve near Gainesville, Florida.  A sign at the entrance to the trail where this photo was taken reminds people that the prairie isn’t a theme park and that the animals are real and wild and potentially dangerous.  A few minutes after taking this photo (using a nice, looooonnnnnggg telephoto lens) I watched a male teen walk up to the same alligator and stop only eight feet in front of its nose.  He then turned his back to it, knelt  down, and took a selfie. 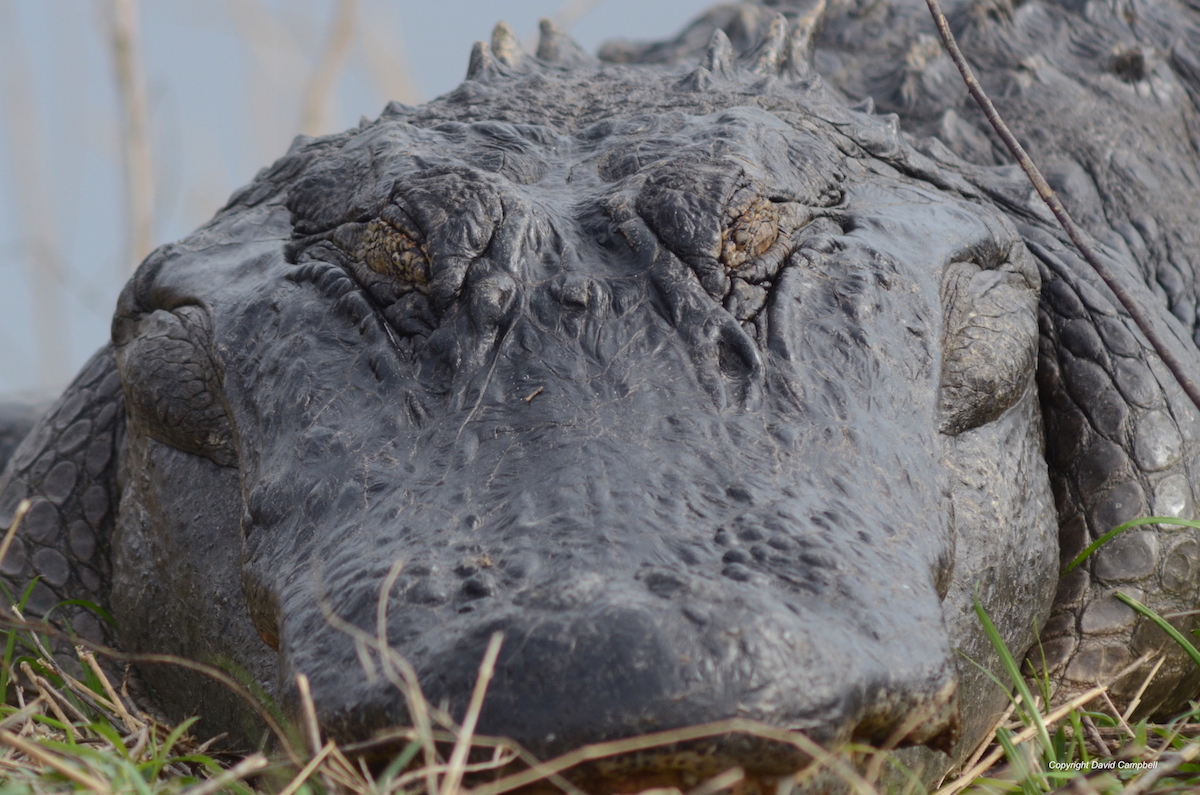 Florida Cottonmouth (Agkistrodon piscivorus conanti). This neonate was found in Duval County, Florida.  Immature cottonmouths look like their close relatives, copperheads, but darken with age.  Young Agkistrodon have yellow tails that can be used as lures to entice prey within striking range.  Some authorities consider this a distinct species, Agkistrodon conanti. 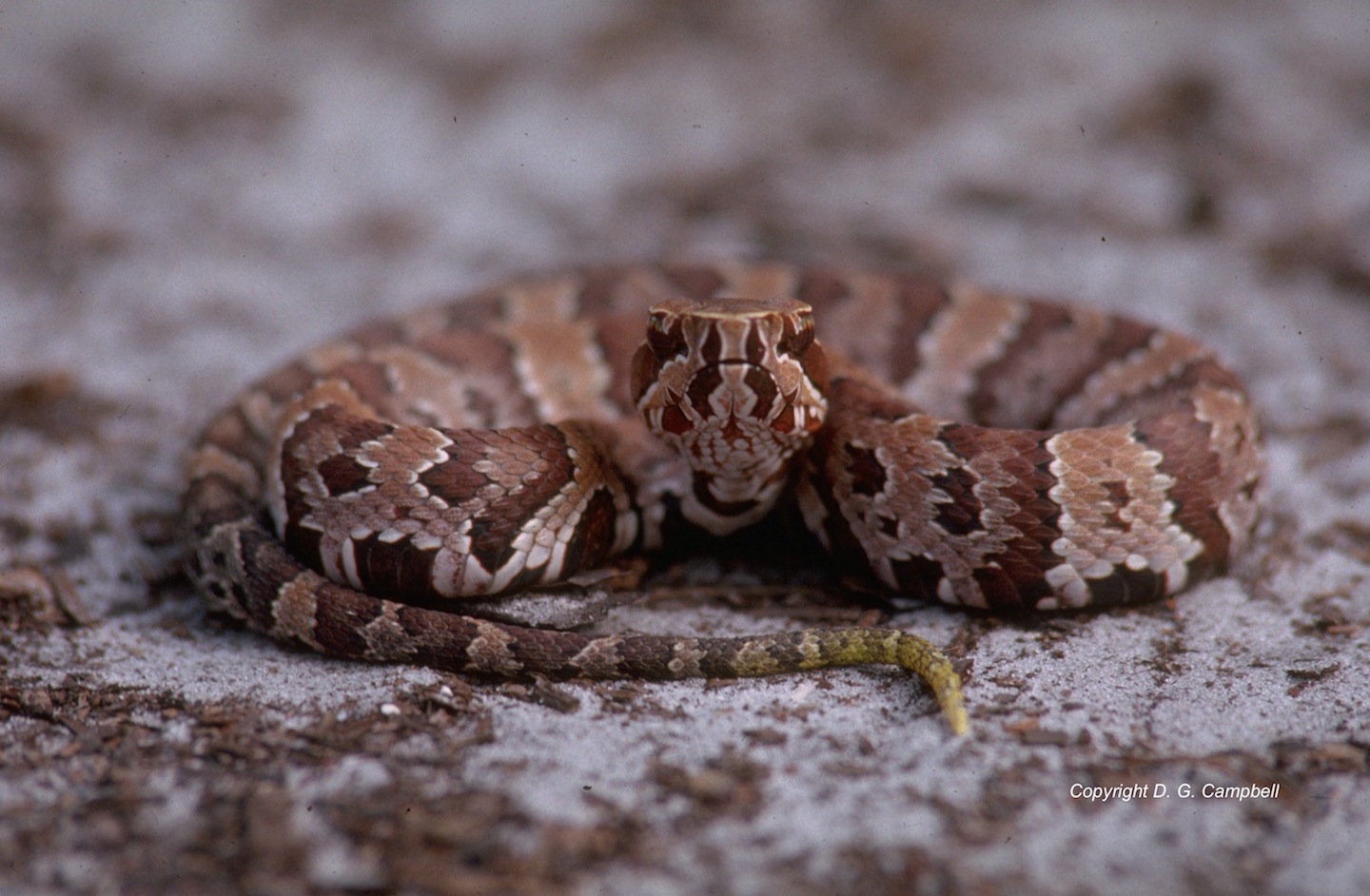 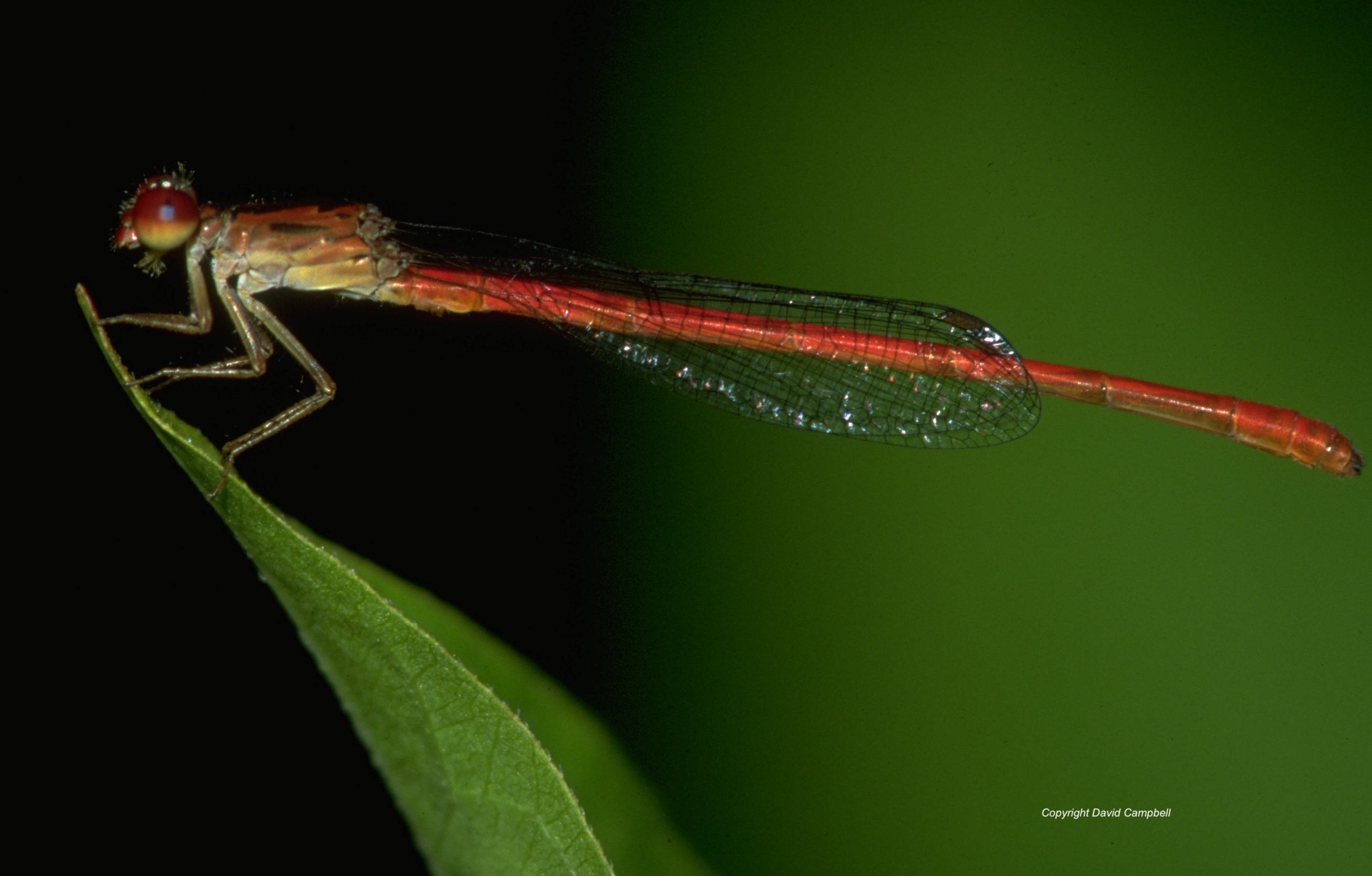 Canopy Jumping Spider (Phidippus otiosus).  Photographed at Kanapaha Gardens in Gainesville, Florida.  This Phidippus is seen less often than some of the others in my area because it lives higher up in the trees.  I was fortunate to find this one on a blue ginger at a plant sale. 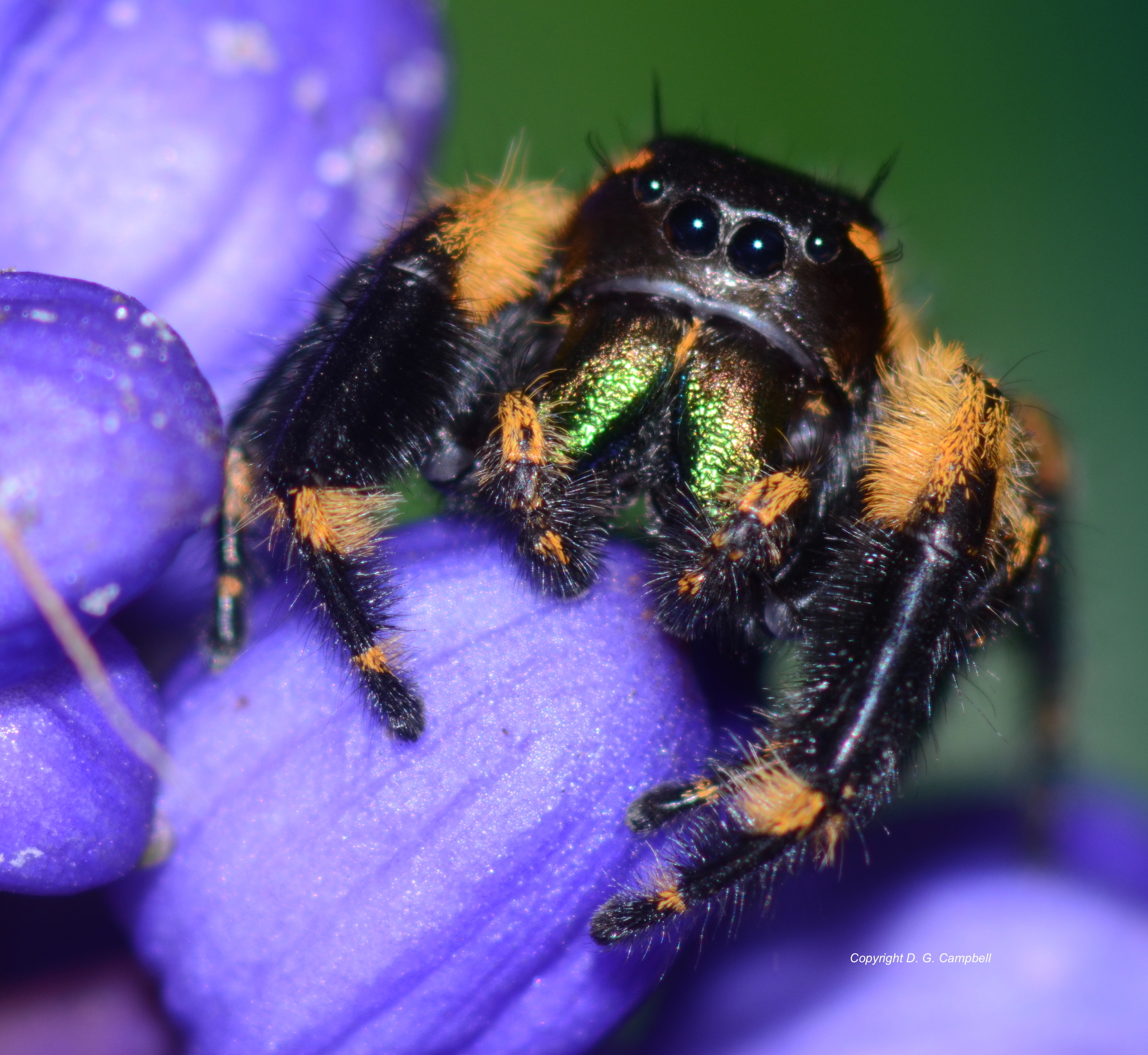 Caracara (Caracara cheriway).   A long-legged falcon with a localized distribution in Florida, this bird was spotted feeding on carrion near Myakka State Park. 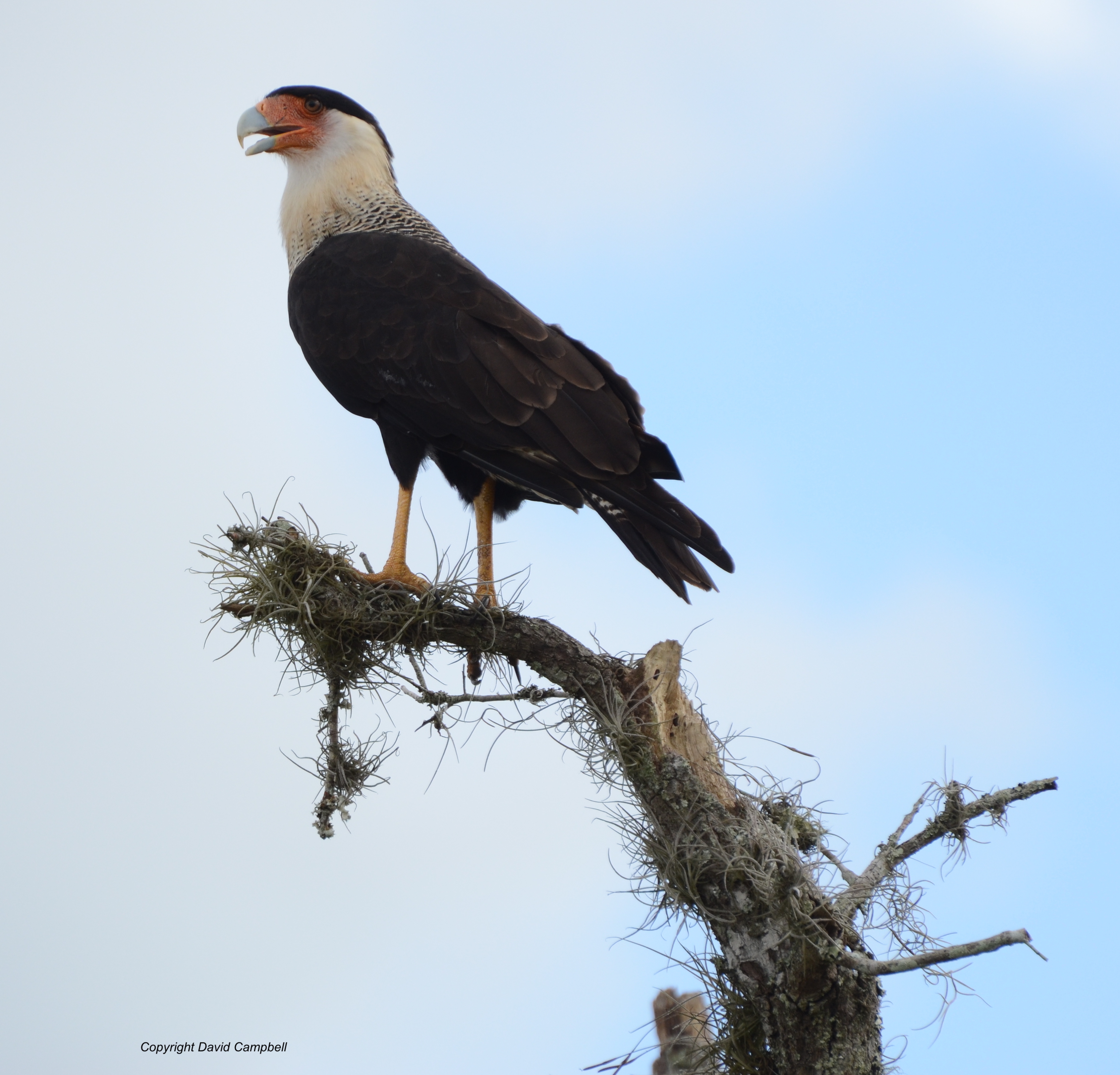 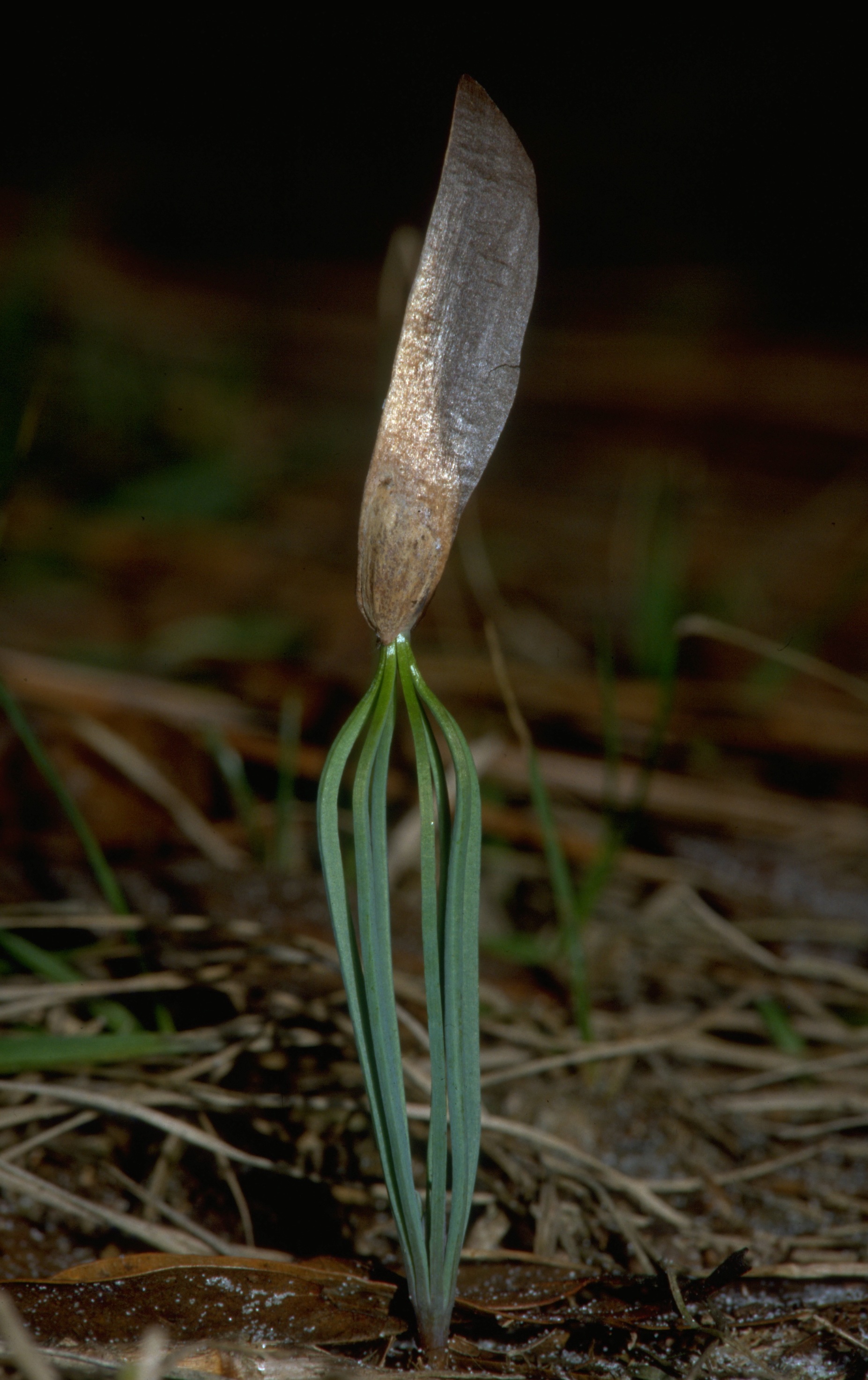 Eastern Diamondback Rattlesnake (Crotalus adamanteus) found crawling through our horse pasture in broad daylight.  Impressive and beautiful, this is the largest venomous snake in North America.  Temperaments vary from skittish, high strung, and aggressive (this snake) to very calm and docile. 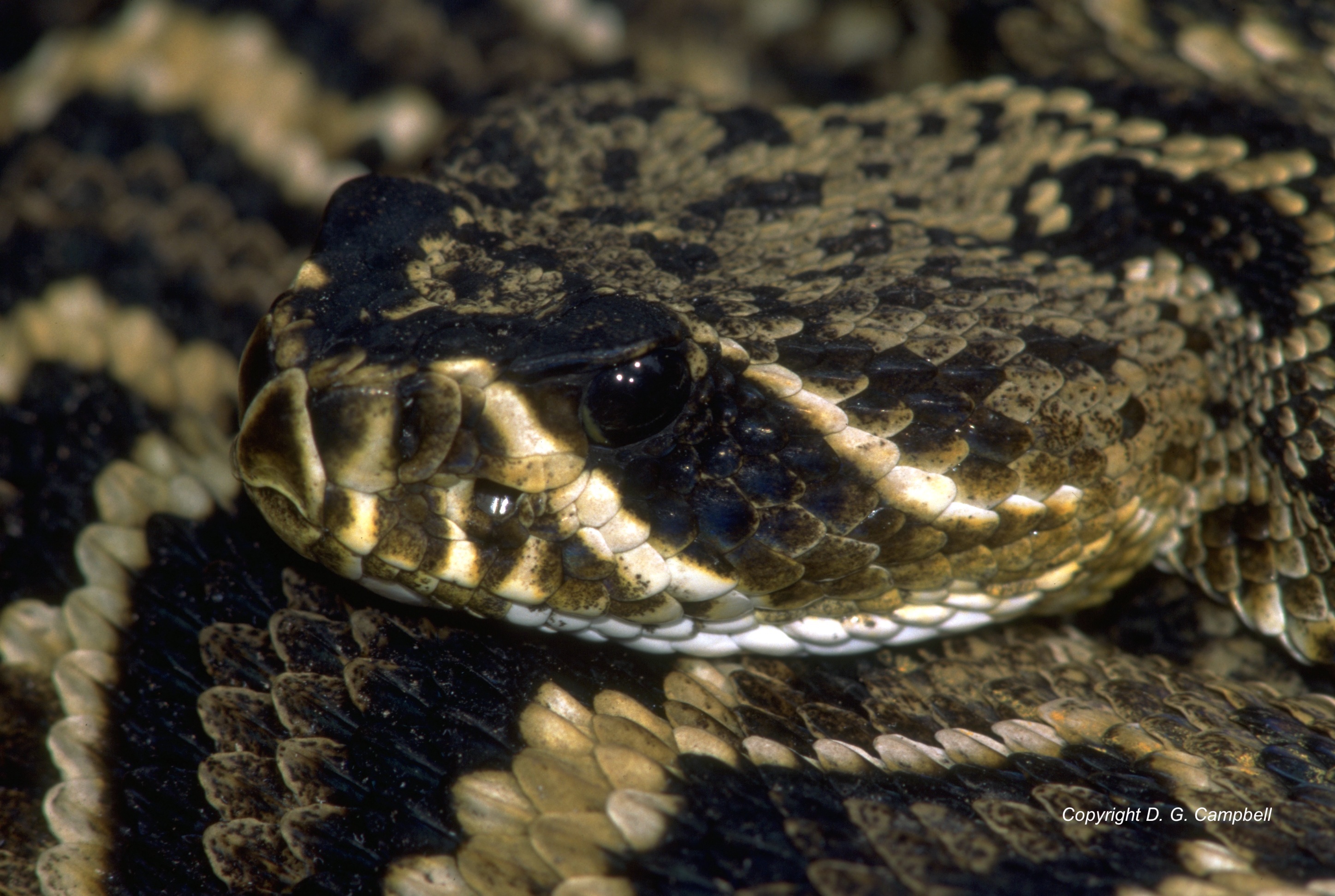