I’ve received considerable opprobrium for giving Steve Pinker a forum to answer critics who accused him of somehow being complicit in the sex crimes of Jeffrey Epstein. I’m not going to reproduce the hateful emails, comments, or Twitter accusations I’ve received for providing that forum, or for speaking out on Pinker’s behalf, but I will reproduce one below. Since it accuses me of a crime, I have no compunction about reproducing the entire comment, IP address and all. In its direct accusations of criminality it is not typical, but its tone is quite similar to that I’ve seen in many comments and emails.

Note as well the gratuitous and anti-Semitic addition of “Goldbergs and Cohens” (yes, every name on the list is Jewish). 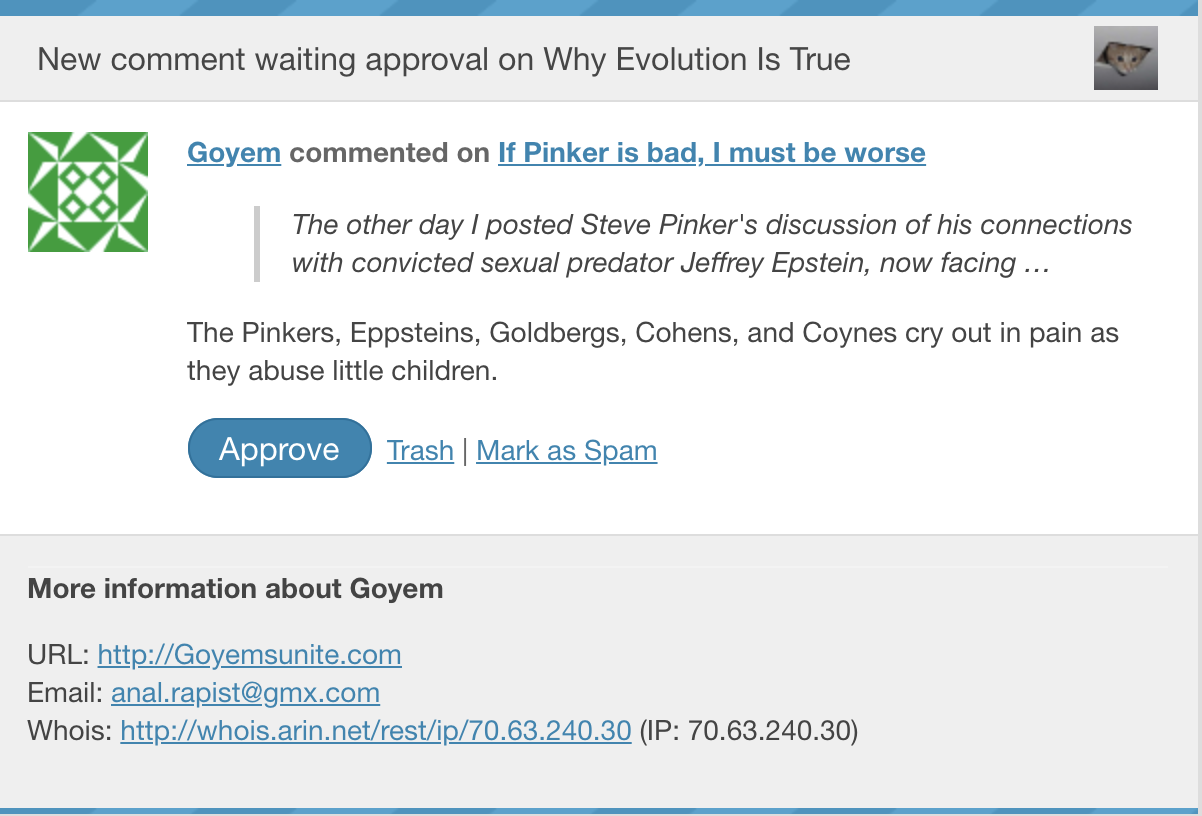 Needless to say, the comment won’t appear, and perhaps “Goyem” will cry out that he—I suspect these people are usually men—was banned. Free speech!

Years of writing on this site have more or less inured me to nonsense like this, but what I’ve never gotten used to is how horribly people behave on the internet—in ways they’d never behave were they to address you face to face. I’m not asking for sympathy, as I let myself in for this stuff by taking strong stands in a public forum. Still, I often wonder if posting under one’s real name would cure this behavior. A reader informed me that a new study says no, using one’s real name might actually exacerbate bad behavior. And, at any rate, I’m not going to force people to use their real names.  I can take stuff like this, but I don’t have to publish it.

It is this kind of low behavior that erodes my faith in humanity and drives me to seek solace among my ducks.