It’s also Fresh Spinach Day and, for you herpers, World Snake Day. If you have a pet snake, celebrate it today. And, as you see below, it’s the 50th anniversary of when the Apollo 11 mission took off for the Moon. The mission lasted eight days, and we’ll celebrate the landing in a few days.

Stuff that happened on July 16 includes:

I tried looking up why it began on this day, and I can’t find an easy answer. Muhammad is said to have died on June 18, 1632, and his birth date is unknown, so please enlighten me.

Here is one of them from the Sveriges Riksbank site . They were accepted readily, but eventually the public lost confidence in them as they weren’t backed with any reserves, and the Banco in Stockholm failed: 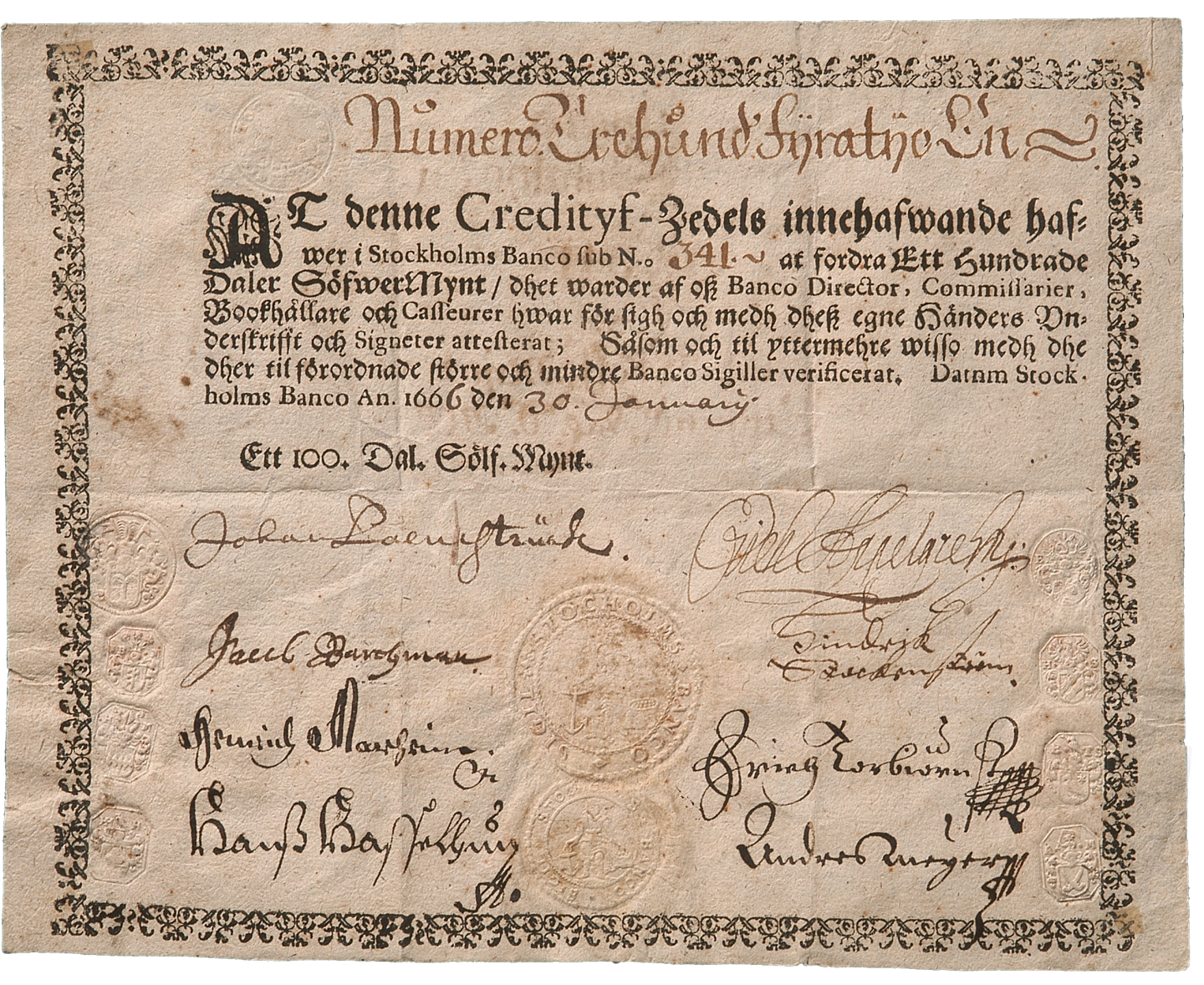 History.com adds that the Park-O-Meter cost 5 cents an hour, and was beloved by retailers as it forced turnover of cars—and customers. Here’s a Park-O-Meter (the first one is now installed in a museum in Oklahoma): 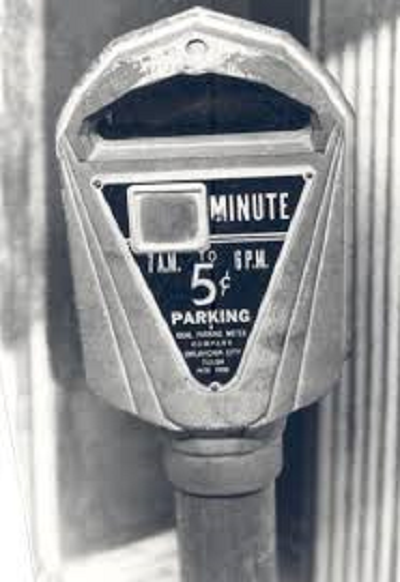 Do you remember Dekker’s reggae song “Israelite“, from 1969.  It’s catchy, but the lyrics are a bit hard to make out. (Here’s a transcription.) As for what they mean, well, here’s what Wikipedia says:

Dekker composed the song after overhearing an argument: “I was walking in the park, eating corn [popcorn]. I heard a couple arguing about money. She was saying she needs money and he was saying the work he was doing was not giving him enough. I related to those things and began to sing a little song: ‘You get up in the morning and you’re slaving for bread.’ By the time I got home, it was complete.” The title has been the source of speculation, but most settle on the Rastafarian Movement’s association with the Twelve Tribes of Israel. In the 1960s, Jamaican Rastafarians were largely marginalized as “cultish” and ostracized from the larger society, including by the more conservative Christian church in Kingston. Destitute (“slaving for bread”) and unkempt (“Shirt them a-tear up, trousers is gone”), some Rastafarians were tempted to a life of crime (“I don’t want to end up like Bonnie and Clyde”). The song is a lament of this condition.

Below is Dekker and company singing “Israelite” live on the BBC; you can hear the original release here.

Other births on this day:

Those who joined the Choir Invisible on this day include:

I learned to appreciate Johnny Winter only after his death. Here he is singing and playing “Mississippi Blues”:

Meanwhile in Dobrzyn, Hili is thinking about sleep:

Hili: It’s evening again, and I have to decide what to do with the night.
A: You can sleep with us in the bed.
Hili: I slept during the day so I’m in danger of a bout of insomnia. 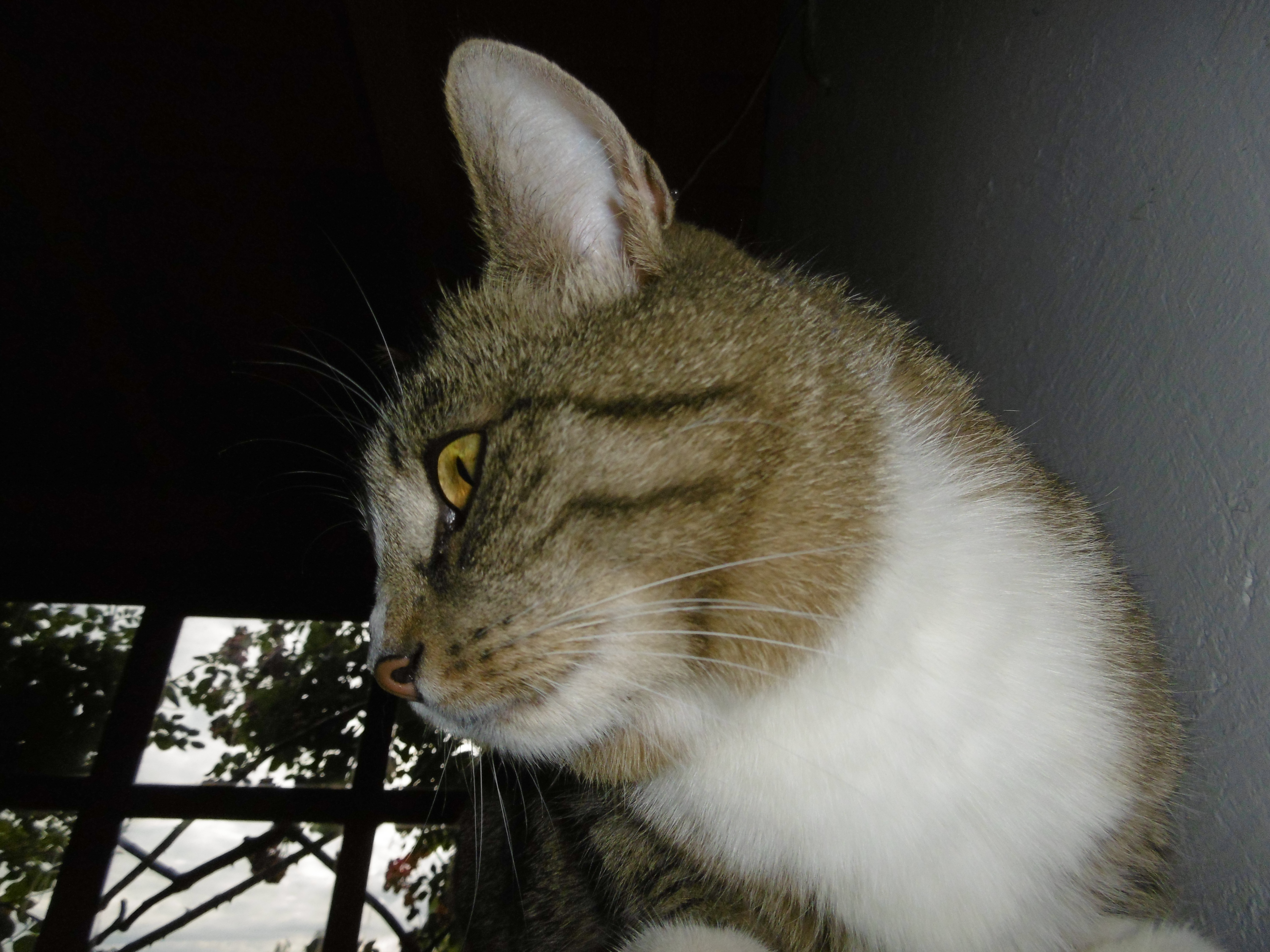 A product seen on Facebook. Now you don’t have to wait for a miracle: you can see Jesus on your toast every day! Sadly, it’s “currently unavailable” at Amazon, and if you do some digging you’ll find out why. 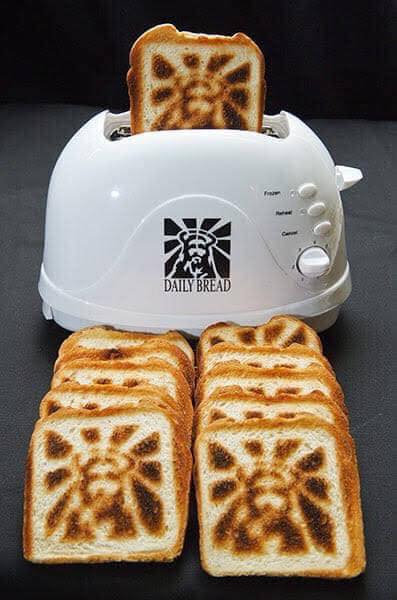 And the ever-popular cat cartoon: 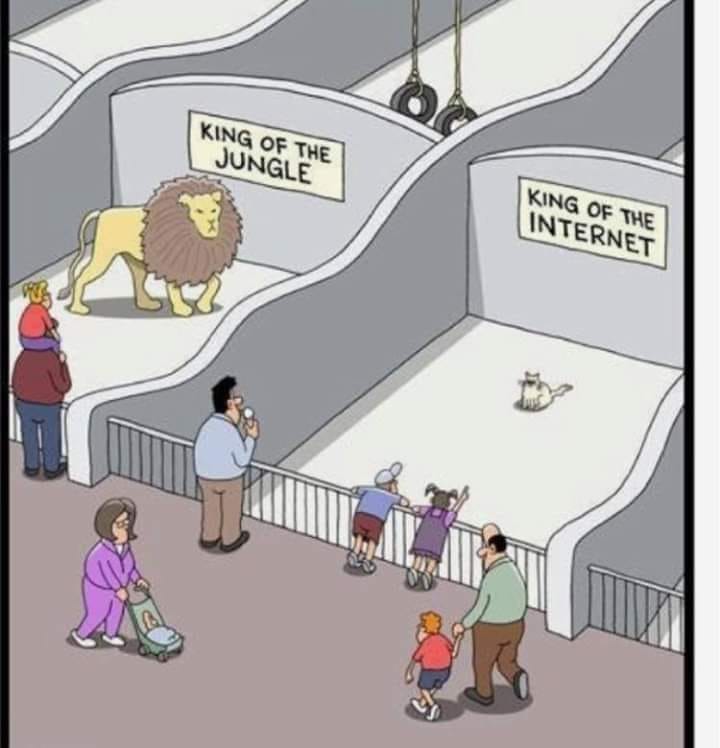 One of the lost tweets of Grania, from October of last year. She called this one “a new version of clever Hans”:

This is the smartest puppy in the world 🐶 pic.twitter.com/9w8JdgXZVV

The female orchid mantis is a master of disguise. The S.E. Asian native patiently waits for unsuspecting prey to mistake it for a flower. When pollinating insects such as bees & butterflies come closer to check it out, the mantis strikes. [📸: Sebastian Janicki from @PBSNature] pic.twitter.com/vYN3mKKfkP

Reader BJ has a long explanation for his tweet:

it’s my favorite tweet I’ve seen in many months. Even though you’re not an ice hockey fan (I’m making an assumption from your general posting history), I’m sure you know how special the Stanley Cup is. And, of course, it’s even more special for Torontonians. When a team wins the Stanley Cup, every player gets to spend a day with the Cup so he can do whatever he wants with it. Many throw parties, take it in the swimming pool, drink out of it, eat cereal, etc. Michael del Zotto of this season’s Cup-winning St. Louis Blues brought it to downtown Toronto on his day, letting fans look at, touch, and even drink from it, walking through the streets with it and bringing it to random bars. Here’s a great clip of a woman getting to celebrate her 81st birthday by drinking a shot out of the Stanley Cup as it’s held by a veteran hockey player.
What a great moment. Hockey players are known for their kindness and community work off the ice, and this is a nice reminder of that. And how could you not love an octogenarian getting to celebrate her birthday by drinking out of something she probably never thought she’d have the honor of touching? Talk about a surprise party! To even touch the Cup is considered one of the greatest honors in sports (the person who is the keeper and presenter of the Cup has to wear white gloves any time he handles it), and we all know how much Canadians love their hockey. What a birthday present!

And here you go. I don’t see any white gloves here!!

Michael del Zotto treats a nice young lady to a shot out of the Stanley Cup on her 81st birthday. pic.twitter.com/todj0mLHAX

Two tweets from Heather Hastie, who adds (to appeal to me), “This is a dog, but it’s a real tear-jerker. I can’t help thinking about her life before she was rescued. How can people be so cruel? I just don’t get it.

It is a tear-jerker.

This dog's skin turned to "stone" — but now she's BEAUTIFUL 😍 Thank you for sharing @AnimalAid_India pic.twitter.com/wYjo3Ki70C

This clever octopus was using a shell as a home, and managed to get back to the sea (via Ann German):

ESCAPE ARTIST: A shellfish caught by a Japanese fisherman wasn’t quite what they expected. https://t.co/471dDTB801 pic.twitter.com/X2dYYTb06e

And some tweets from Matthew Cobb. First, another octopus. Look at that camouflage!

Avian bagpipes! It took me a minute to figure out what was going on here. You could make smaller duck bagpipes, too. . .

And a sneaky chipmunk: