This is very hard to write, and is written through tears. Grania Spingies, a very good friend—though I never met her in person—and someone who, as you probably know, did an enormous amount for this website, passed away yesterday in Cork, Ireland. She was only 49, and would have turned 50 on the 23rd of June.

She leaves behind a mother and two sisters, Gisela and Gunda. Grania’s father was murdered by a burglar in South Africa 18 months ago. Her mother is bedridden and doesn’t recognize anyone, so perhaps it’s a mercy that she doesn’t know her daughter died.

Those who follow this site will know Grania’s involvement with it: she was always there to cover for me when I was on trips, to advise me when I had a website issue or wanted to know if I should write about this or that, and to discuss ideas for posts with me (she gave me plenty of them). She also wrote many of her own posts over the years, keeping us up to date on issues like abortion in Ireland and blasphemy laws.

But more than that: we Skyped nearly every day and exchanged a gazillion emails. She had a pretty solitary existence in Cork, but I made sure we kept in touch. She was a great pleasure to talk to— always rational and sensible, but with a fantastic dry wit. As I said, I never met her, though we were in constant touch for at least eight years. She often spoke of wanting to visit America, and I tempted her with all the great food she could try here that wasn’t available in Ireland, like good Southern barbecue.

On Wednesday she became ill with what seemed to be a stomach ailment. Over the next few days it didn’t go away, and I suggested that she see a doctor. She didn’t like doctors, and simply bought pain medication at the pharmacy. Her illness persisted, and by Friday I began harassing her heavily to get medical attention. On Saturday she still wasn’t better, and I made her promise to go to the doctor—an emergency clinic in Cork—by Sunday at the latest.

Here was our last email exchange from yesterday:

Are you going to the doctor today AS YOU PROMISED????

That was her last email; she never made it to the doctor. According to one of her friends, “As far as we can tell, she collapsed just outside the doctor’s office some time on Sunday and had no pulse. They did CPR and rushed her by ambulance to the hospital.” They will do an autopsy to see what killed her.

It’s 5 a.m. in Hawaii, and my brain isn’t clear enough to write more, but let me post some pictures of Grania sent to me by Gisela.

Grania was born and raised in South Africa. She went to the University of Cape Town and then spent several years teaching small children in a remote area of KwaZulu. About twenty years ago, she decided to leave South Africa and take a job with Schlumberger in Ireland, where she did financial accounting. She was a feminist, a secularist, an atheist, and formerly an active member of Atheist Ireland. She loved animals, and often spoke of her cats Trinket and Pippen and her beloved dog Frodo.

A photo of her in Africa: 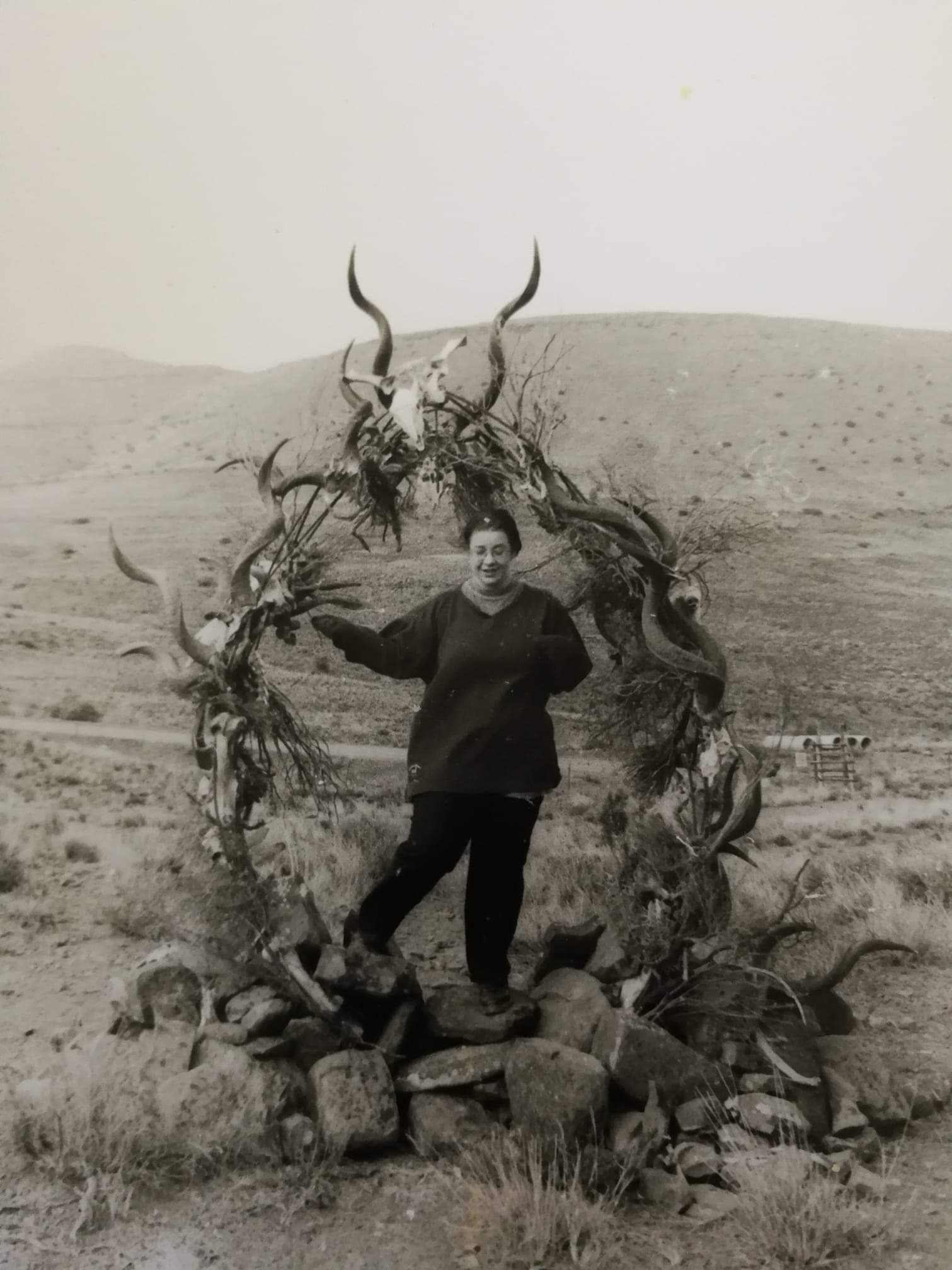 Grania just before she moved to Ireland in 1999. 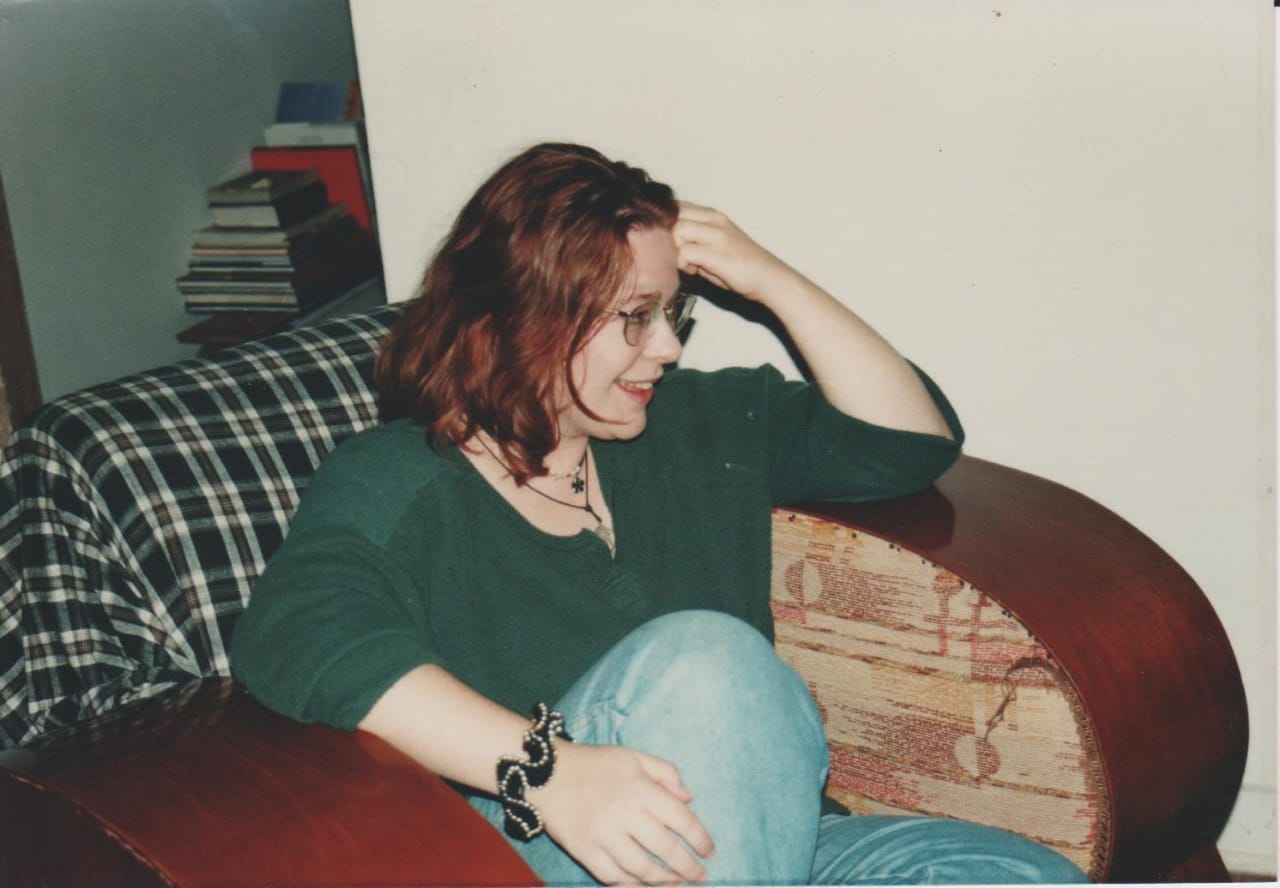 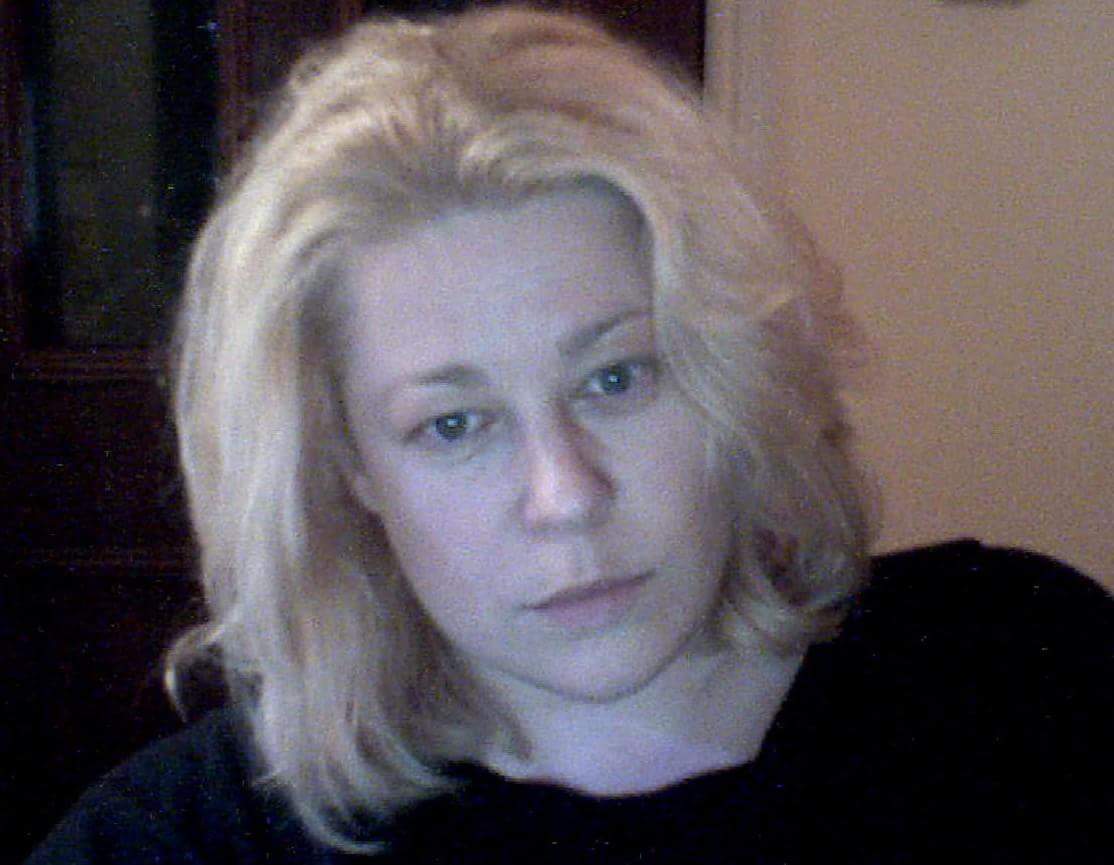 As an atheist, Grainia would simply laugh if she heard me say, “Rest in peace, dear friend”. So all I’ll say is that she brought a lot of light into my life, and into this site—often in ways you don’t know about. I will miss her terribly, as will her family and friends, and my heart goes out to those who were privileged to know her.

This is the way I’ll remember her: with that slight smile I’d see on Skype when she pondered the craziness of the world. 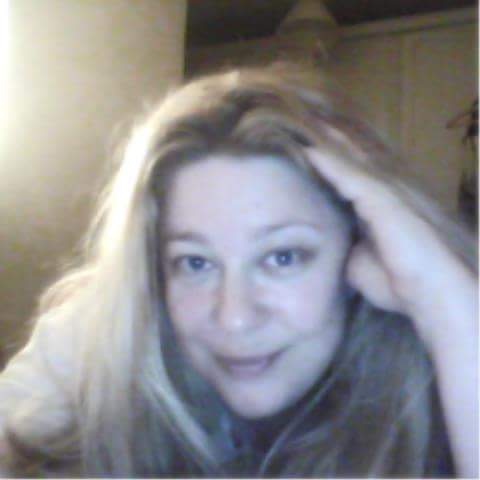