It’s a sad Tuesday now that Grania’s gone, but I know she’d want me to soldier on. And so I will, but in her honor today (and perhaps in the future) I’ll use the bullet-point format for events, births, and deaths that she used. (The points are taken directly from Wikipedia.) Normally I would prepare these posts the night before and, now being five time zones ahead of Chicago, ask Grania to insert the Hili dialogue—which Malgorzata sends me during her morning in Poland—for posting at 6:30 a.m. Chicago time. That will no longer happen—another sign of Grania’s departure, and of her importance to this site.

Today’s animated Google Doodle (below) click on screenshot) celebrates FALAFEL, which I love. But it’s very unusual for a Doodle to celebrate a foodstuff—and for no apparent reason. As C|Net reports:

This isn’t the first time Google has put food in the Doodle spotlight. In 2017, Google cooked up a slideshow to honor the rice noodle, and last year, Google celebrated the Fourth of July with an interactive map highlighting food from across the country.

Chickpea-based falafel, which can be prepared in many ways, is high in protein, complex carbohydrates and fiber, making it popular among vegetarians and vegans looking for an alternative to meat-based foods. Chickpeas are also low in fat and contain no cholesterol.

You can also make them as big as you like. In 2012, 10 chefs in Amman, Jordan, worked to create largest falafel ball ever — a 164-pound mammoth.

And now on to Grania’s format for events on June 18. Note the event in 1858, which precipitated the publication of On the Origin of Species.

A note: Here’s the famous bit of Churchill’s famous speech (the entire 30-minute speech is here). What a writer and rhetorician he was!

Those born on this day include:

Those who expired on June 18 include:

Meanwhile in Dobrzyn, Hili, who knows her scripture, quoted Matthew 6:26:

Hili: The birds of the air: they do not sow or reap but they are delicious.
A: Luckily, they can fly.
Hili: And that’s a problem. 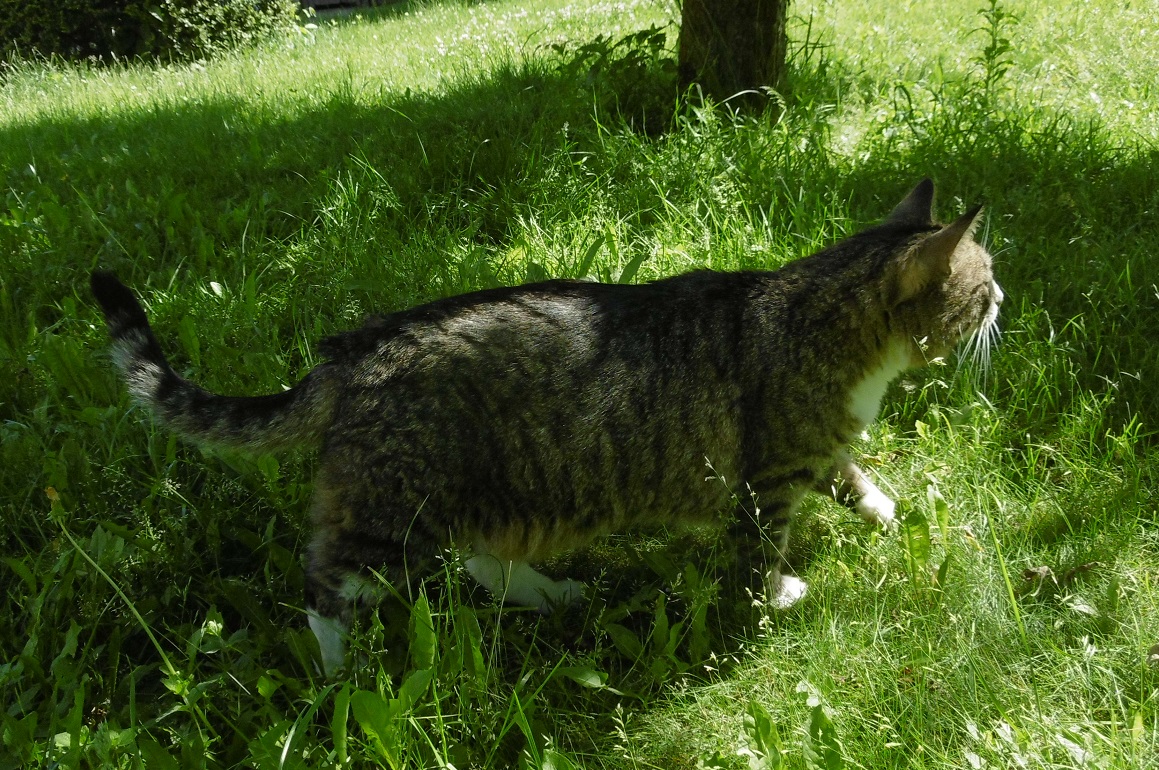 And all of today’s tweets came from Grania: these are from the last batch she sent me, and I’ll put up the final six tomorrow. I won’t comment on them.

One comment: I saw two Hawaiin green turtles haul themselves out of the water yesterday to bask on the beach on Oahu’s North shore. I’ll post about that later. Here’s a rare leucistic one.