I did not convey the full extent of this situation before, but I think I mentioned that Cyrus, the aged dog of my dear friends Andrzej and Malgorzata in Poland, has not been well.  You have seen Cyrus many times if you read the daily Hili dialogues.

Well, this week things went downhill for the poor guy: he stopped eating, appeared to be in pain, and the vet said it was time to let him go.

This morning Cyrus was put to sleep.  He was the fast friend and companion not just of Andrzej and Malgorzata, but of Hili as well. The animals often shared Cyrus’s bed and went on walks together. And of course Cyrus’s human staff are devastated.

Cyrus’s history can be told briefly: he was found nine years ago wandering the streets, starving to death. He had clearly had an owner before, as he was already well trained and sweet. Cyrus was taken to the local animal shelter, and there he languished for 4 years, with nobody wanting him. When Malgorzata and Andrzej’s last dog died, they adopted Cyrus from the shelter, and had him for five years.

I knew him over the last five years, and he was a sweet dog. He had a wonderful life in Dobrzyn: he got fine dog food, lots of treats, and love from everyone, especially Malgorzata, Andrzej, and Hili. But 14 or 15 years is old for a dog, especially a big one like Cyrus, and he began falling apart. Today his suffering ended, and here’s what Malgorzata had to say about it:

The vet did this in an absolute painless way, putting Cyrus first to sleep like for an operation  and then giving him the deadly injection. Andrzej wrote a few words on his Facebook and posted 10 pictures of Cyrus. A man is here, digging a grave under the hazelbush where Darwin and Emma are. [JAC: those are their previous dogs.] But Cyrus is still behind me, looking as if he were asleep, but there is no longer any laborious breathing.

[Later]  He is now buried and soon we will remove all his things from the house. Hili is behaving very strangely. She is meowing constantly but I cannot know whether she knows something is very wrong and, even so, what “wrong” really means to her.

Here’s Andrzej’s announcement on Facebook, and I’ve used the automatic translator, which isn’t that great: 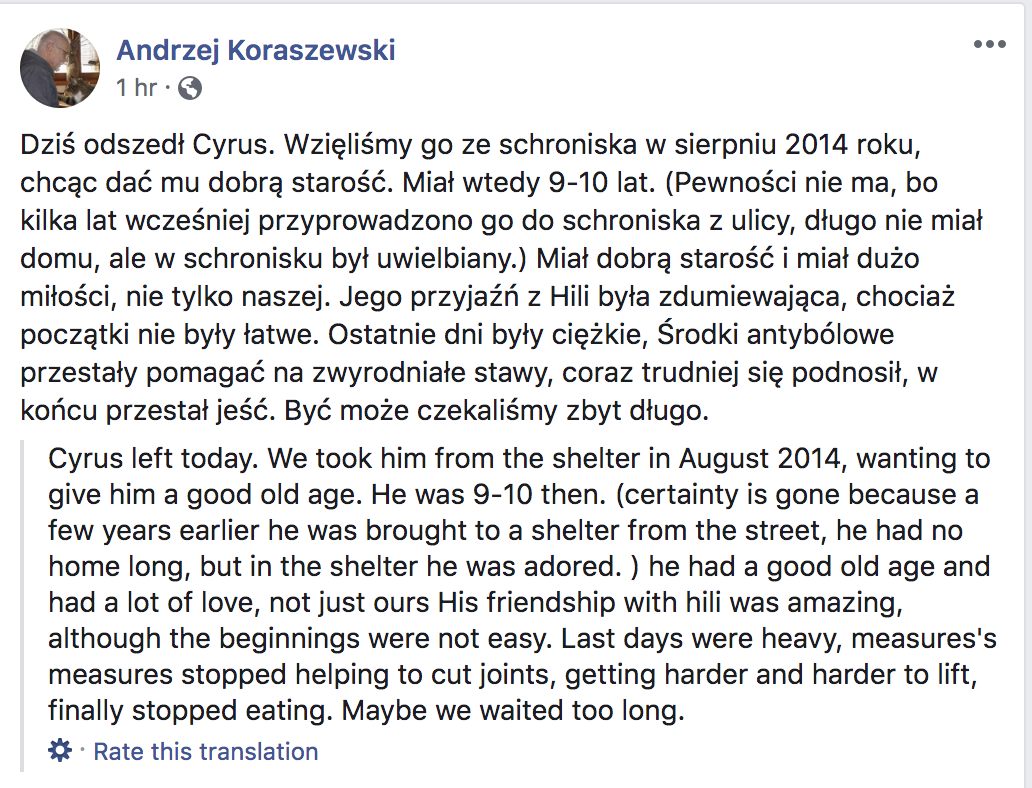 RIP, sweet dog.  If you have any words for Andrzej and Malgorzata, please put them in the comments.

Here are some of Andrzej’s pictures of Cyrus from the last five years. 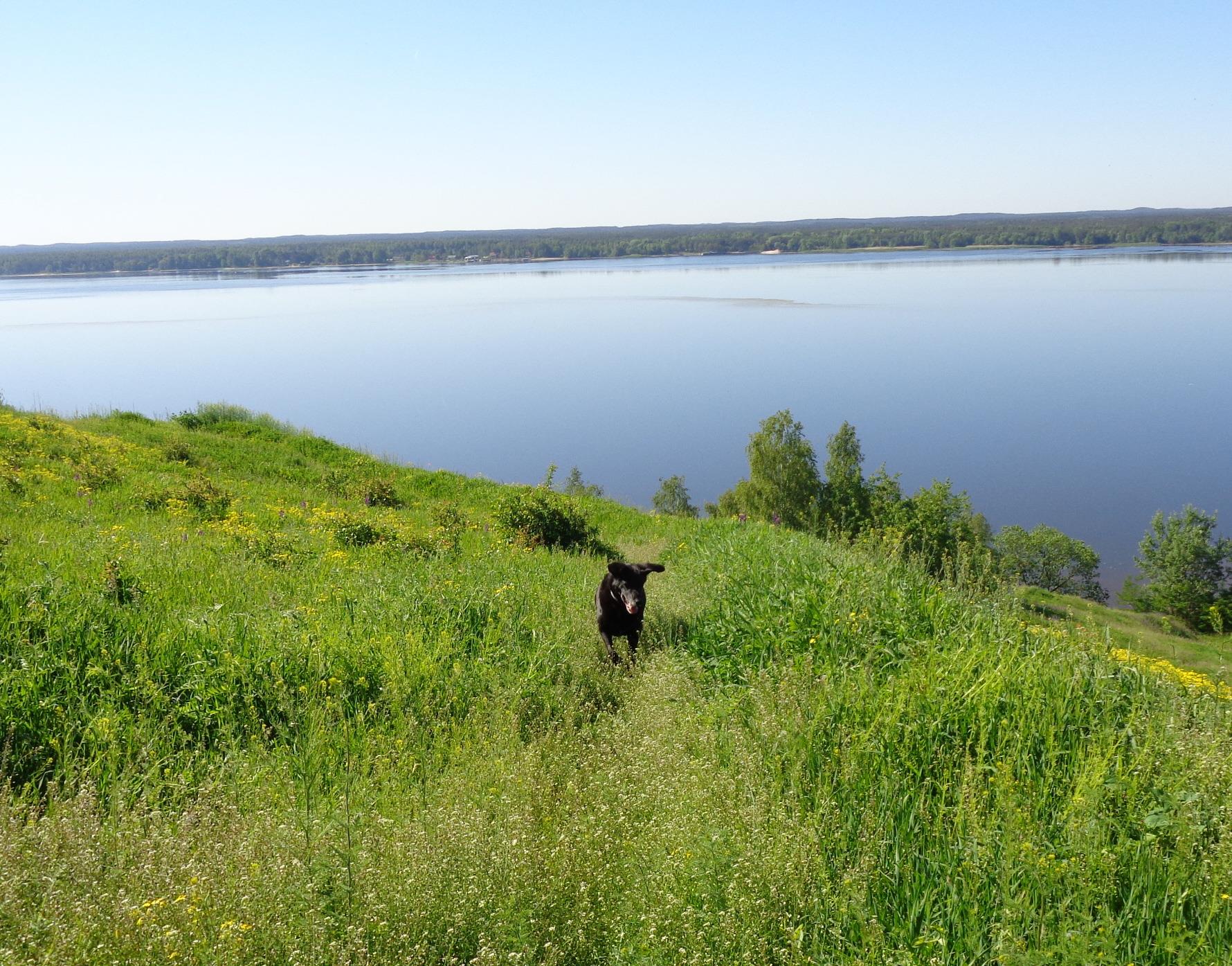 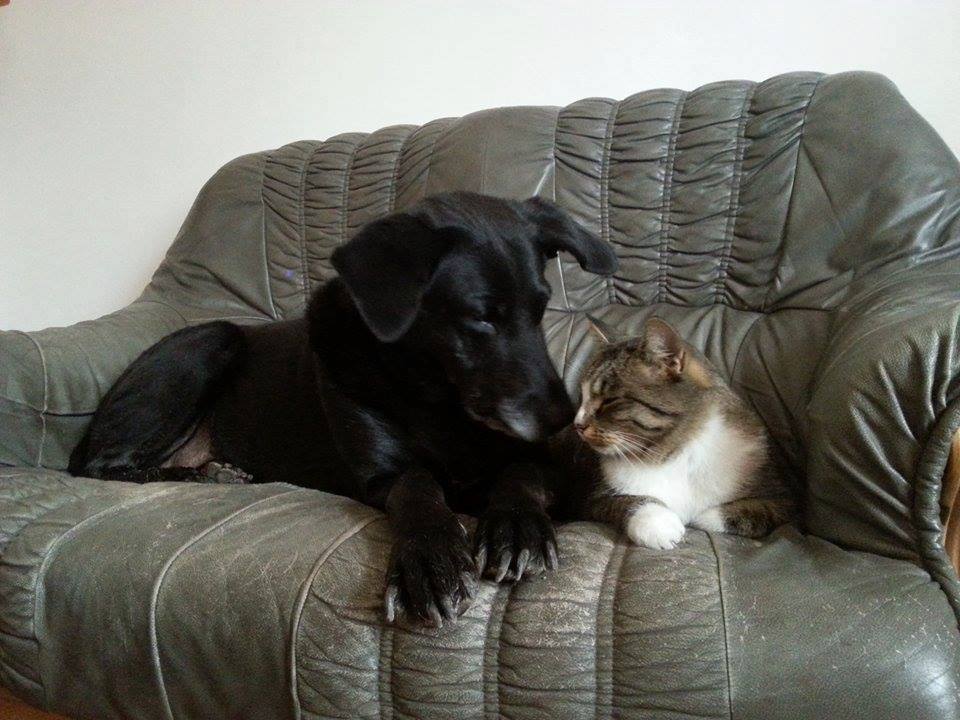 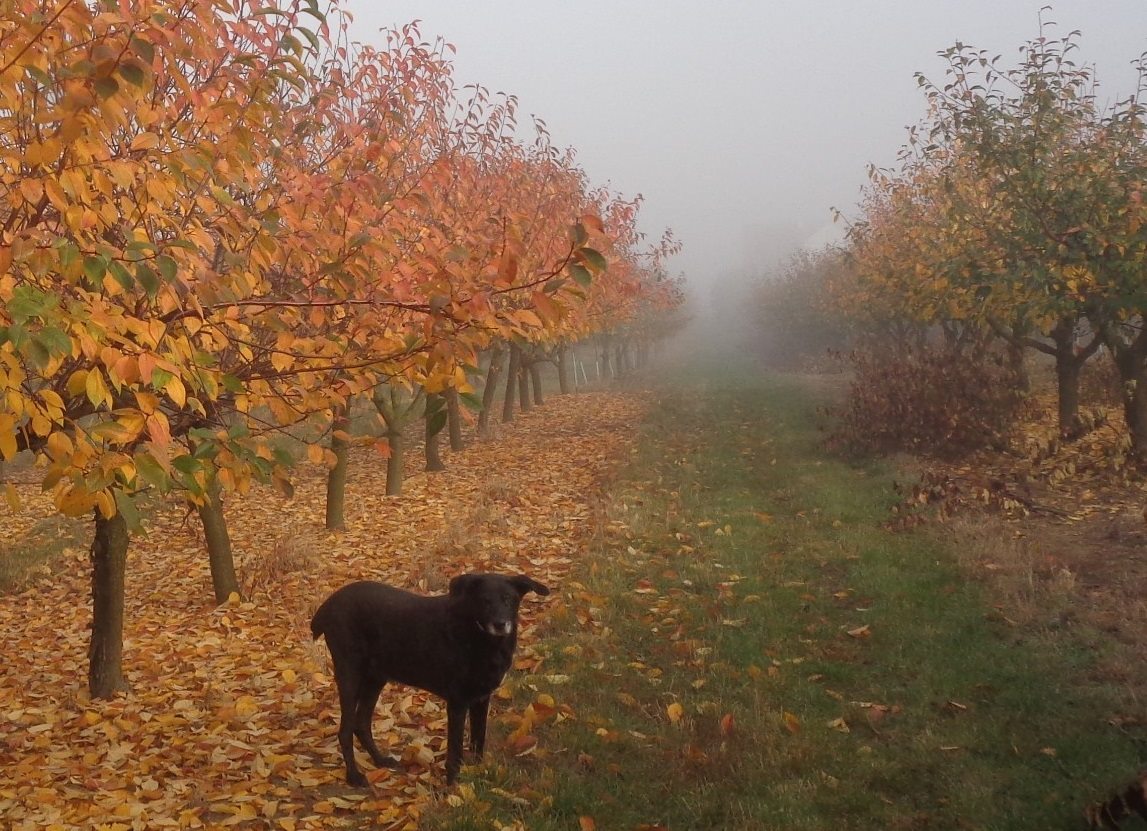 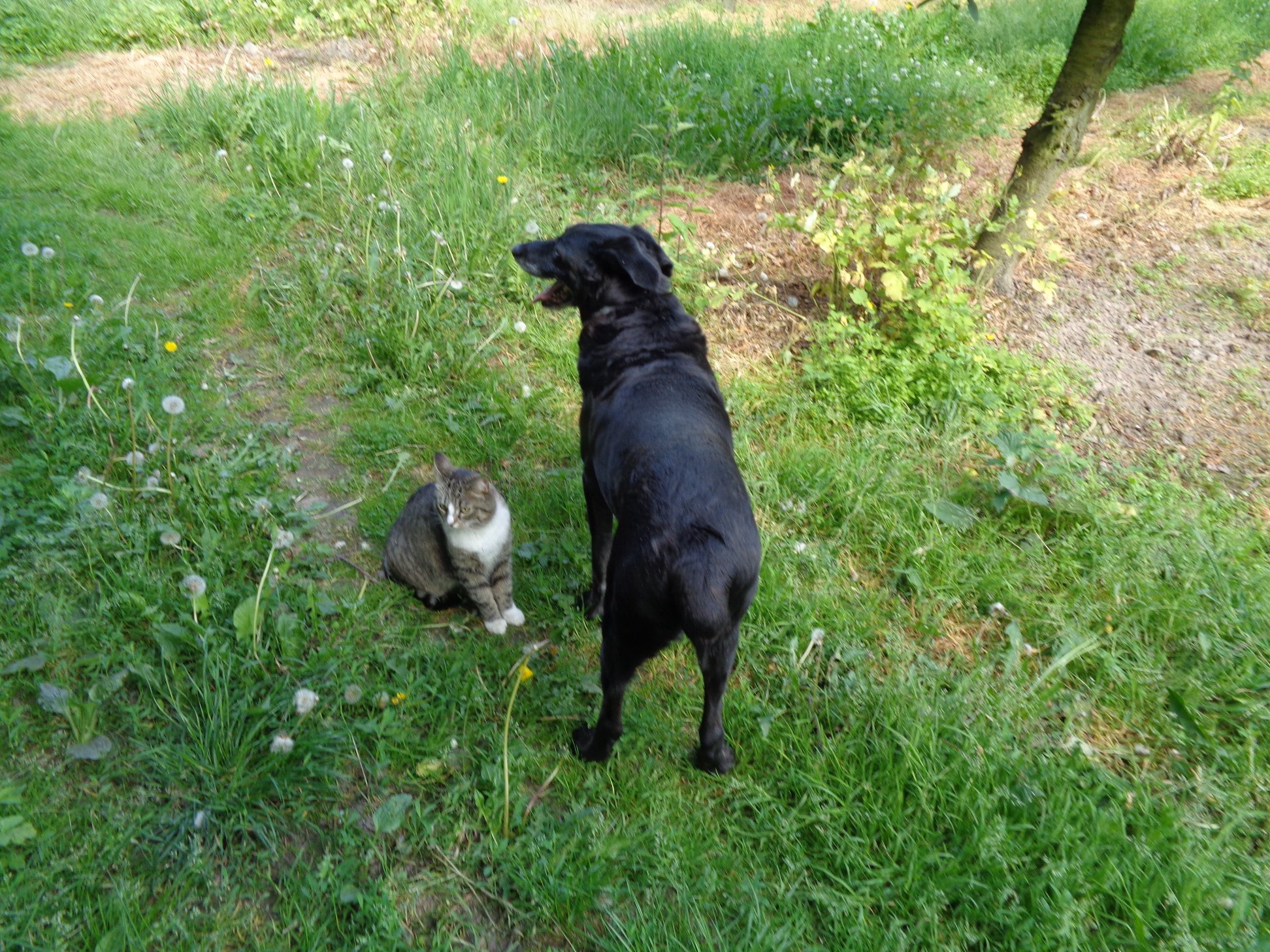 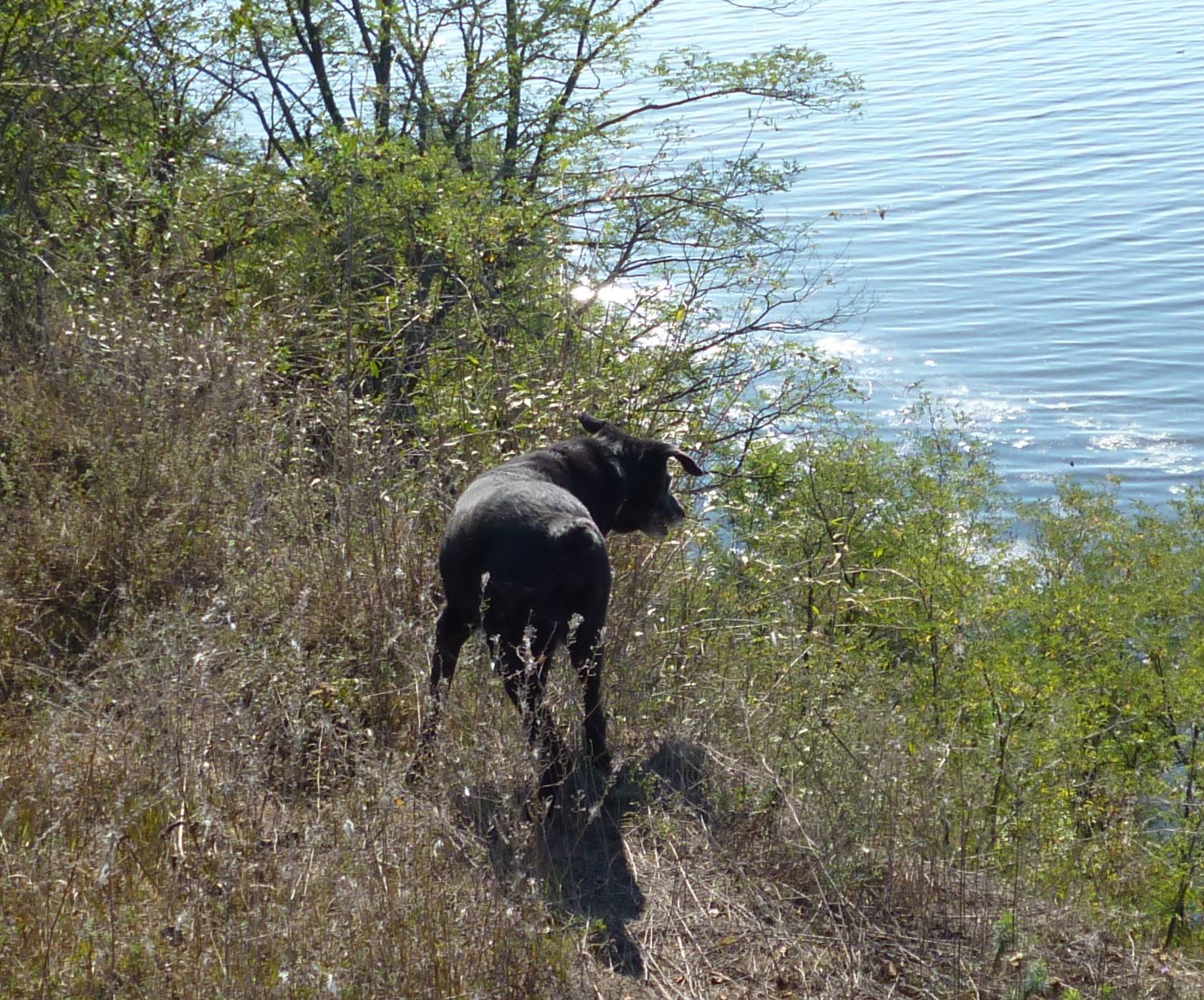 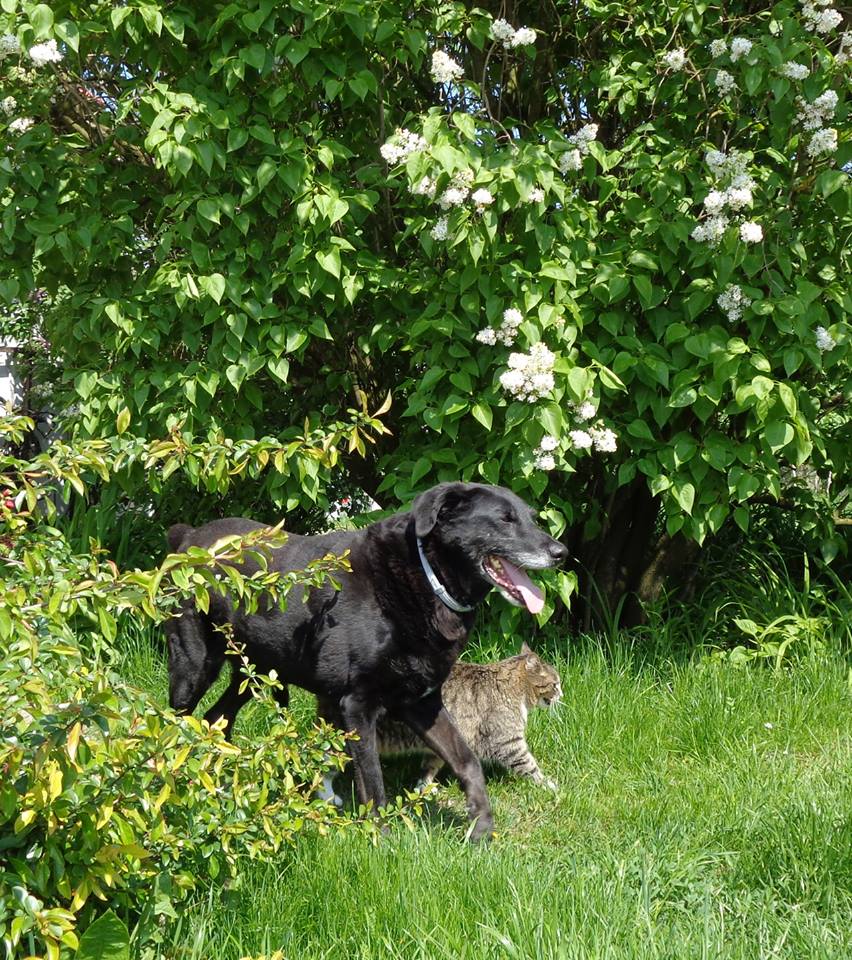 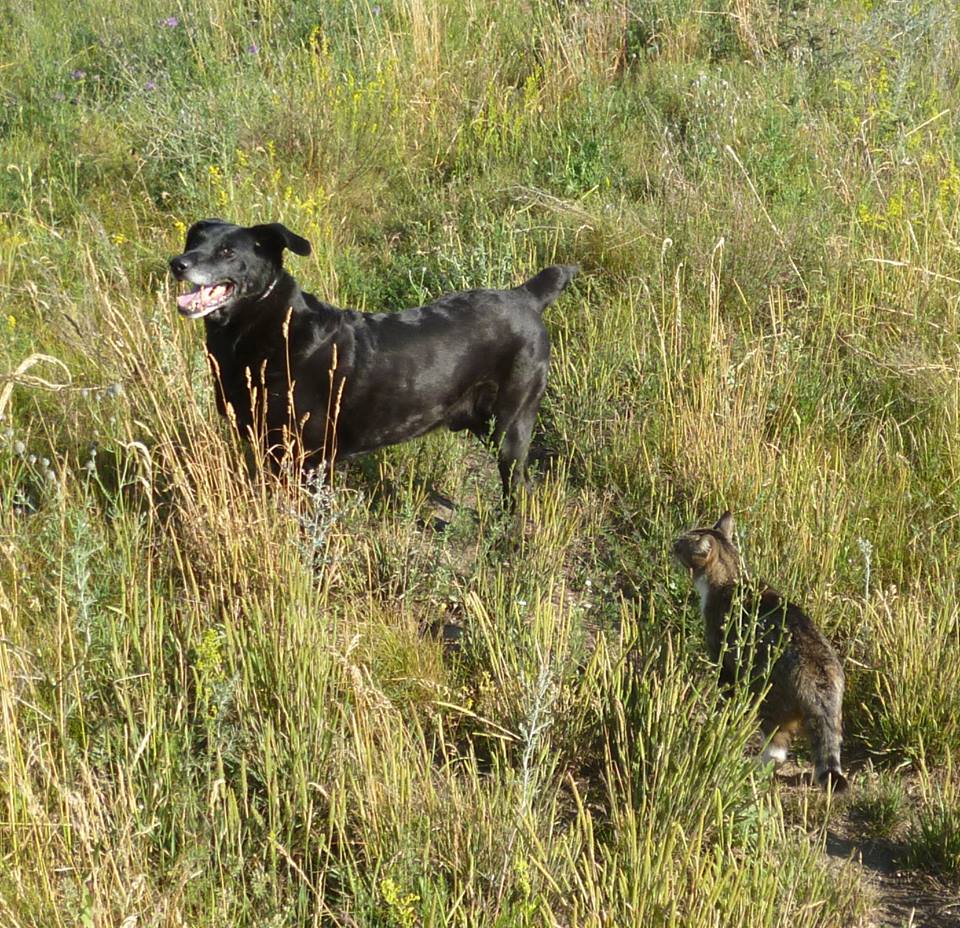 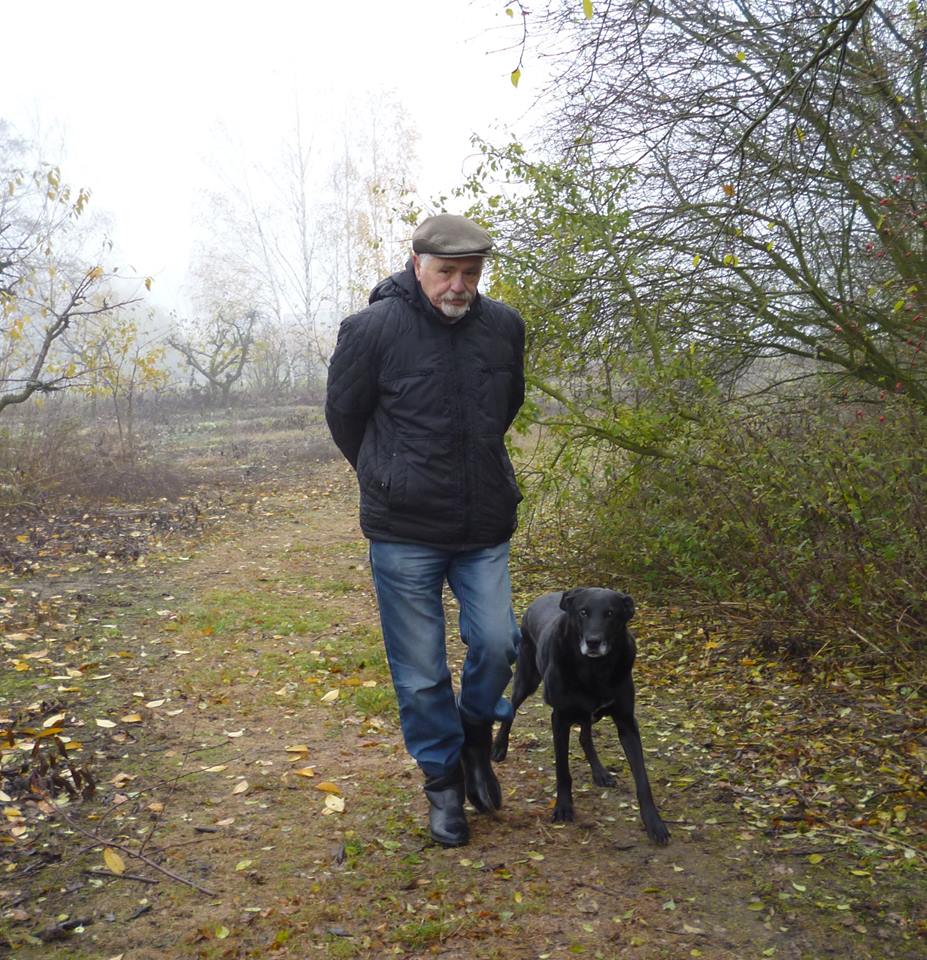