It’s Monday, June 3, 2019: National Egg Day. Have one or three, since they’re no longer seen by doctors as verboten food. Neither is butter, but now a daily aspirin (which I took for years) is. Why don’t they make up their minds? It’s also World Bicycle Day, though I haven’t ridden mine (a ten-speed Raleigh Competition) in years. Anybody want to buy it? I am a bad person with a big carbon footprint.

On this day in 1140, the French scholar Peter Abelard was found guilty of heresy. He later became a monk but, of course, his star-crossed relationship with Héloïse d’Argenteuil is one of the saddest love stories of history.  On June 3, 1538, Fernando de Soto claimed Florida for Spain. And on this day in 1889, says Wikipedia, “The first long-distance electric power transmission line in the United States [was] completed, running 14 miles (23 km) between a generator at Willamette Falls and downtown Portland, Oregon.”

On June 3, 1942, Japan began its Aleutian Islands Campaign by bombing Unalaska Island. I had no idea the Japanese had a campaign up there, but they occupied two American islands for about a year before being driven off.  A highlight for us mountain lovers: on this day in 1950, Maurice Herzog and Louis Lachenal reached the summit of Annapurna, the first 8,000-meter peak conquered (it was 8051 m).  Here are the Annapurnas, which I hiked around when I was in grad school, as well as a photo of Herzog at the summit, taken by Lachenal. The sight of these mountains from the valleys below is one of the most beautiful things on Earth. Only Everest in situ is prettier. 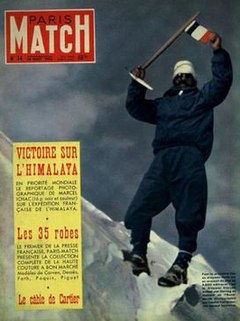 On this day in 2012, there was a pageant for Elizabeth II’s Diamond Jubilee (60 years a Queen) on the River Thames. On June 3, 2013, the trial of U.S. Army private Chelsea Manning (then Bradley Manning) started in Fort Meade, Maryland. For her role in leaking classified material to WikiLeaks, Manning was sentenced to 35 years in prison, a sentence commuted to time served by President Obama in 2017.  But now she’s back in prison for refusing to testify before a grand jury.

Finally, on this day two years ago, the London Bridge attack took place: eight people were murdered and many civilians wounded by Islamist terrorists, three of whom were killed by police.

Meanwhile in Dobrzyn, today’s dialogue is a bit opaque, but Malgorzata explains: “Hili would love to get to the nightingale and consume it, song and all. And Cyrus knows that her admiration is not of the bird’s song but of the bird’s taste.”

Hili: Do you hear the song of a nightingale?
Cyrus: You hypocrite! 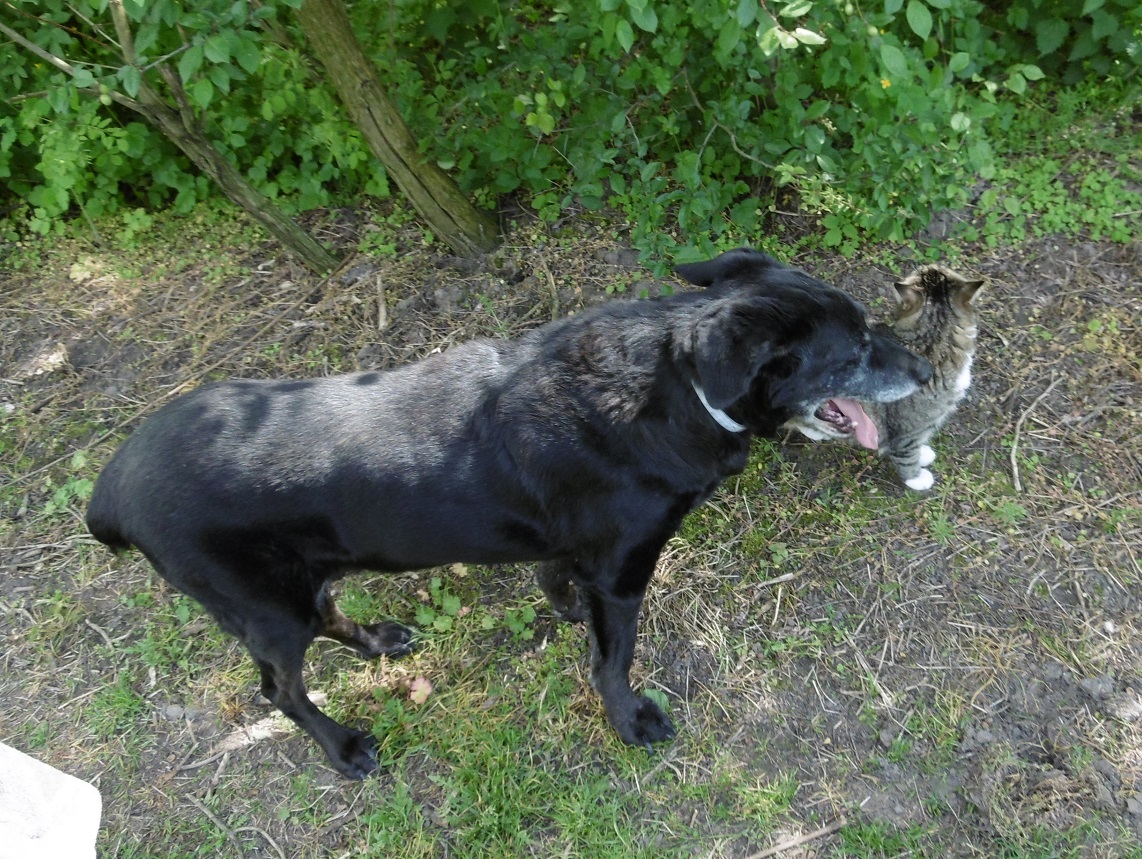 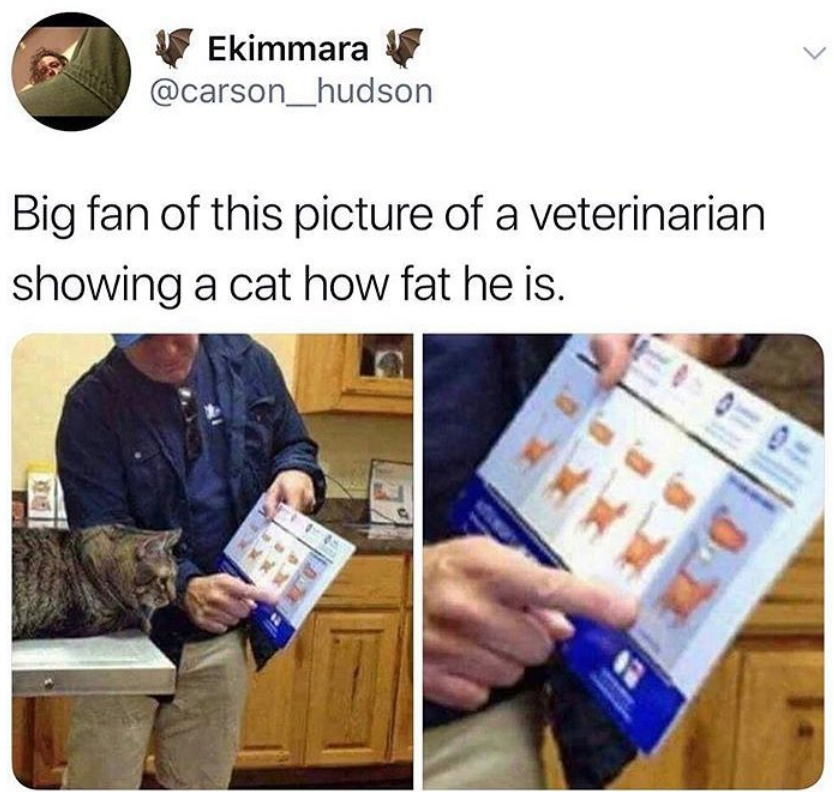 I found this pretty funny: 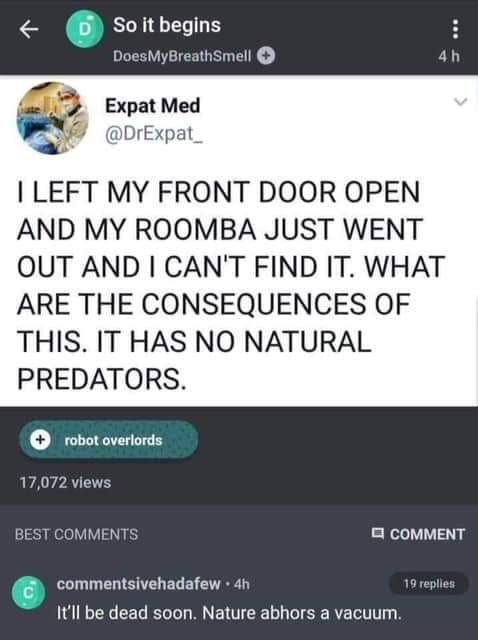 A field guide to Australian birds, probably from Facebook (I forgot). Give their real names! 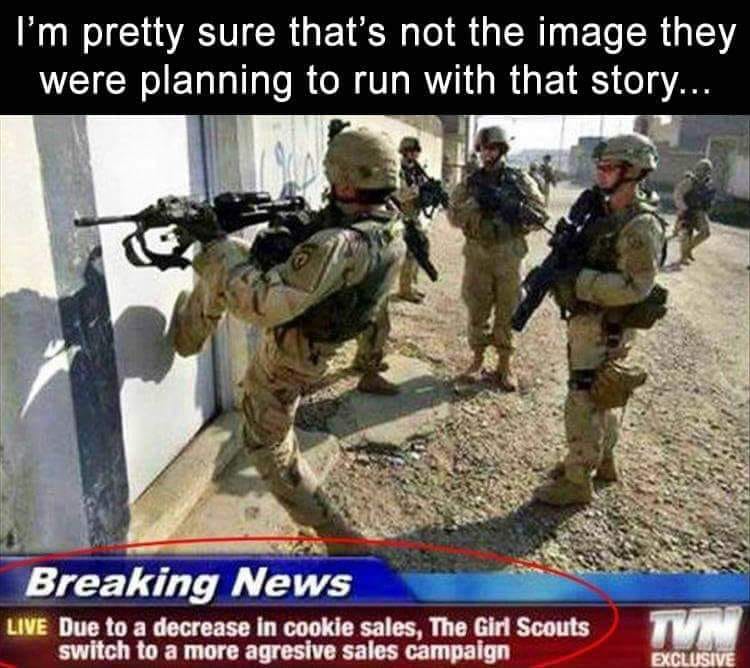 Tweets from Grania: She says, “It’s a gaming thing”, but even Professor Ceiling Cat recognizes Pac-Man. It’s pretty amazing that the Swedes would do this, though.

This is mesmerizing and then horrifying:

The absolute horror of this, it’s as if millions of voices suddenly cried out in terror and were suddenly silenced. pic.twitter.com/W8WfQfdsl5

Write in your cat! (But where did they get cat-specific stickers?)

#IrelandSouth For all those wishing to vote for your cat… A voter made stickers to vote for their own cat! pic.twitter.com/xsdXkOdL89

Your Cuteness for Today:

This is an ad for Sky News, and it pulls no punches:

Trump getting the UK reception and coverage he deserves:
pic.twitter.com/qEiJMIgp02

Tweets from Matthew, the first a day-flying moth (most moths are nocturnal). The colors are one indication, though not a perfect one, that it flies by day, as those colors wouldn’t be visible at night. They may be “aposematic”, or a form of warning coloration indicating the insect is toxic.

I wonder if the cats accepted this beast as one of their own:

A cruise ship slams into a river boat and a dock in Venice, injuring five. See the story here. Perhaps they should stop landing cruise ships in an already overwhelmed city.

This evangelist really is insane. This video is mesmerizing and horrifying, even more so than the calligraphy video above. The guy is bonkers, and yet makes millions as a “prosperity gospel” preacher.

This … is incredible.
American televangelist Kenneth Copeland never foresaw that buying a private jet with money raised by his church would prompt difficult questions.
Reporter does an AMAZING job.
The man actually looks unhinged. pic.twitter.com/JK0zwUdSvO