If you don’t like ducks or are tired of them, skip this post. But I thought it would be nice for at least some people to share my fun as I watch the ducklings grow up.

There are still ten ducklings, and they are eating me out of house and home. I have just ordered 100 pounds of Waterfowl Starter Chow, which is far more than I’ve ever had on hand. That’s on top of 3 2.5-pound bags of mealworms at $26/pop. These are gonna be expensive ducks to fledge, but they’re worth every penny.

So, here are some pictures and videos:

Their feathers are growing, and now their little wing stubs are feathered. It doesn’t look quite so pathetic when they flap them, which you can see in one of the videos below. Here they are foraging among the floating gingko fruits floating in the pond from last year. 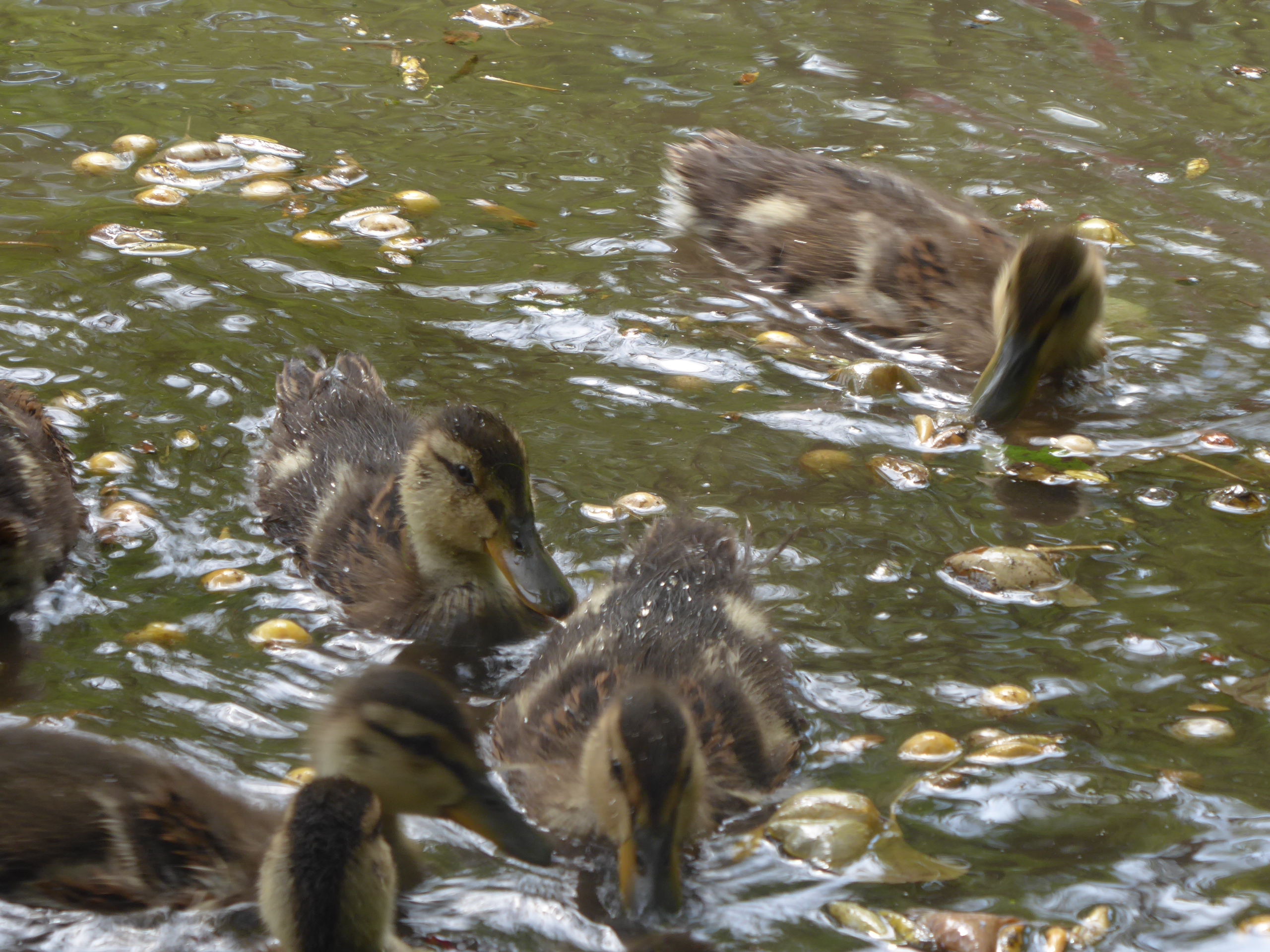 A brash young one getting its spiky punk look. Little do they know that some day they’ll spread those wings and take to the air. They have no idea! 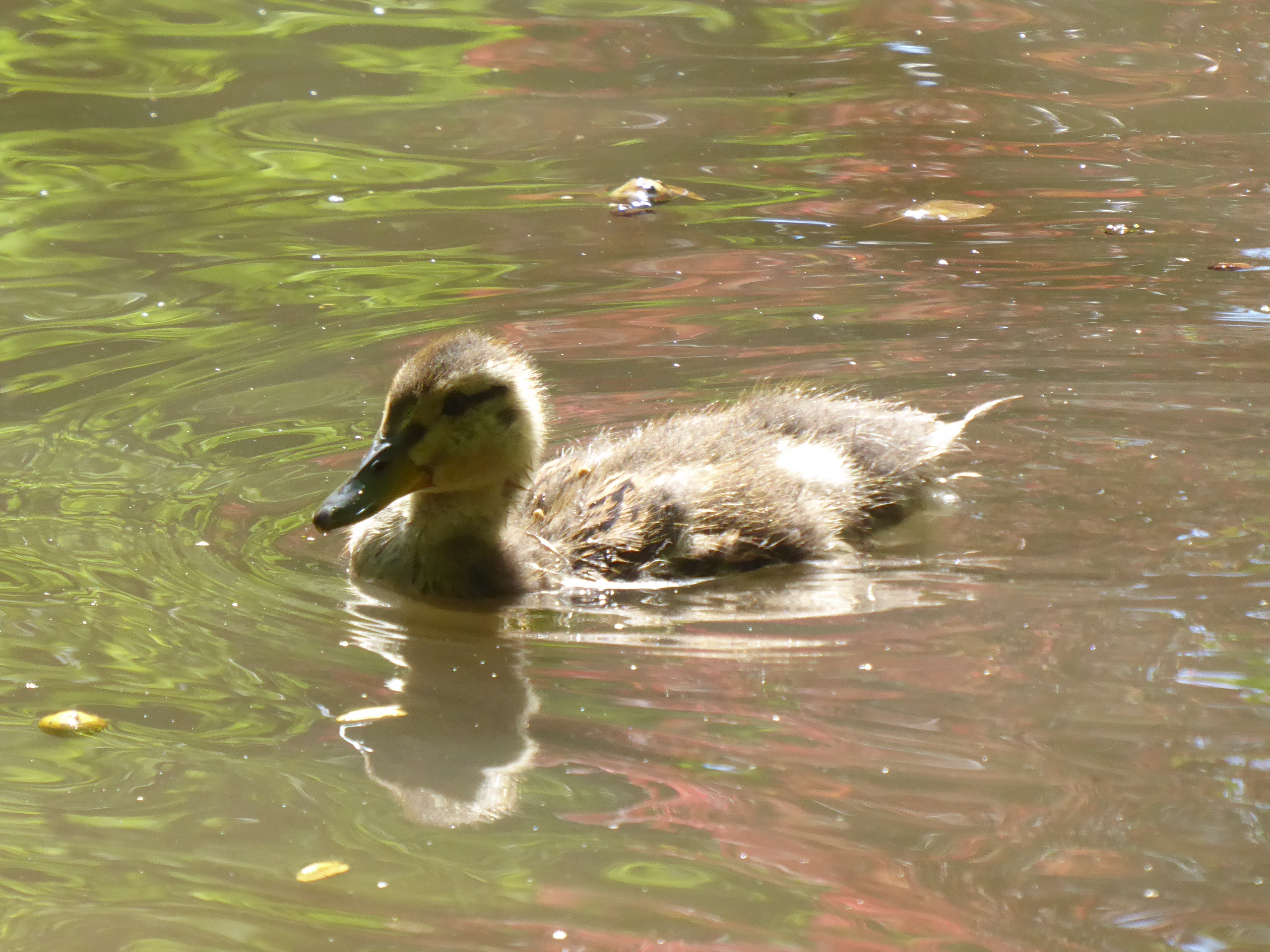 You can see how they come to me when I call:

Katie cocks her head as she watches her brood: 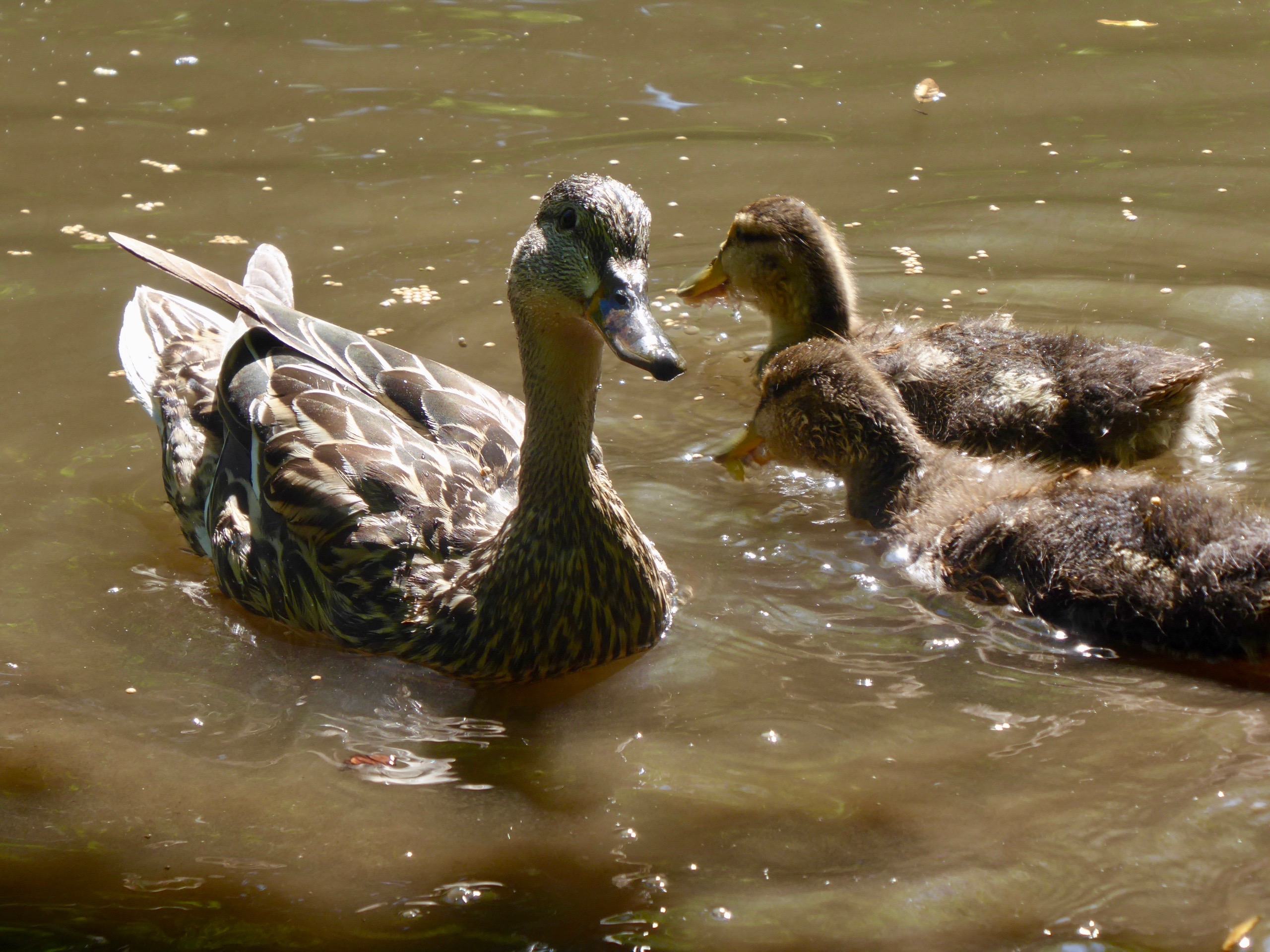 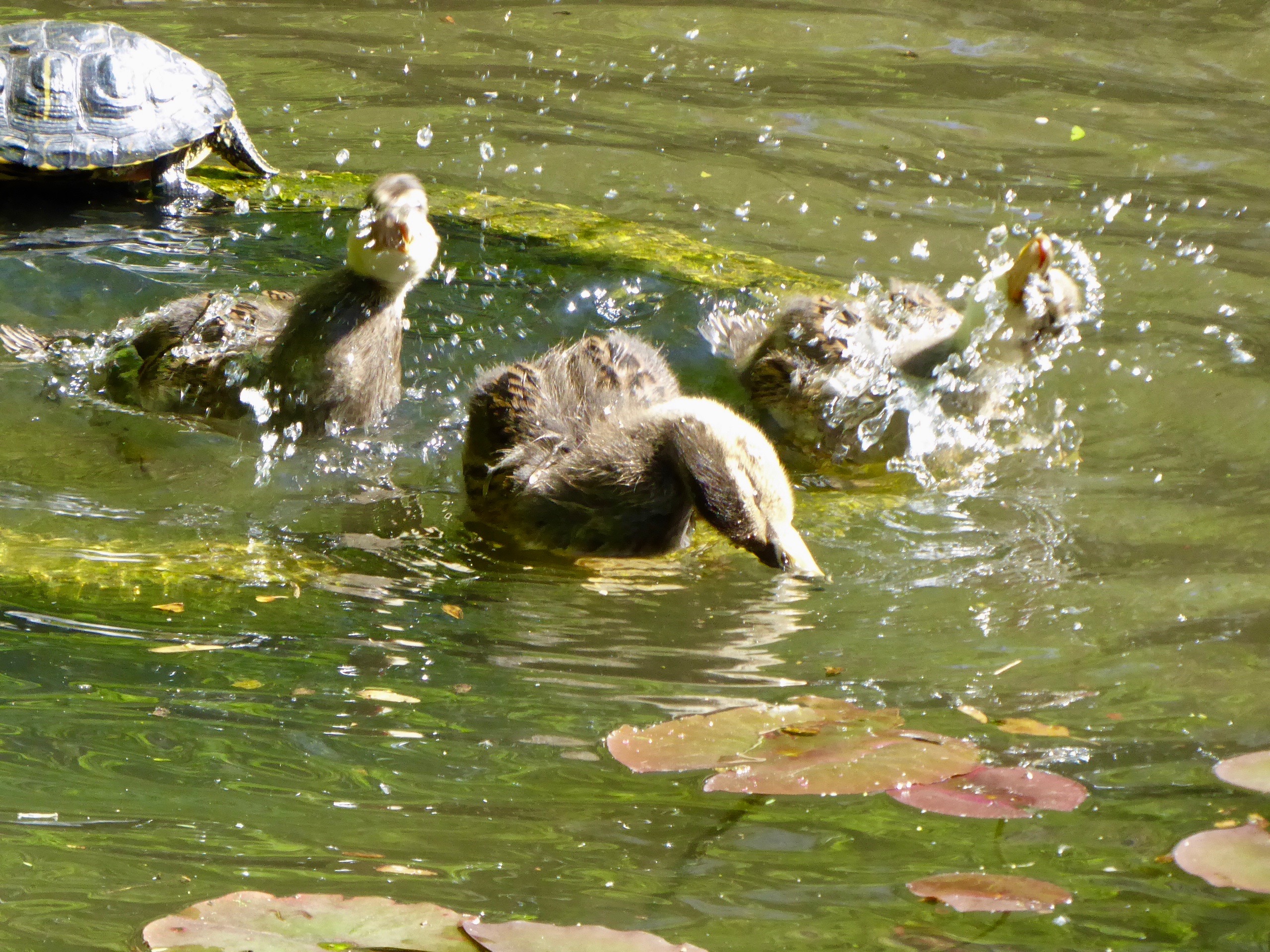 Breakfast a few days ago:

The indomitable Katie Peck. What a good mom she is! Note that her bill is marked very differently from Honey’s. 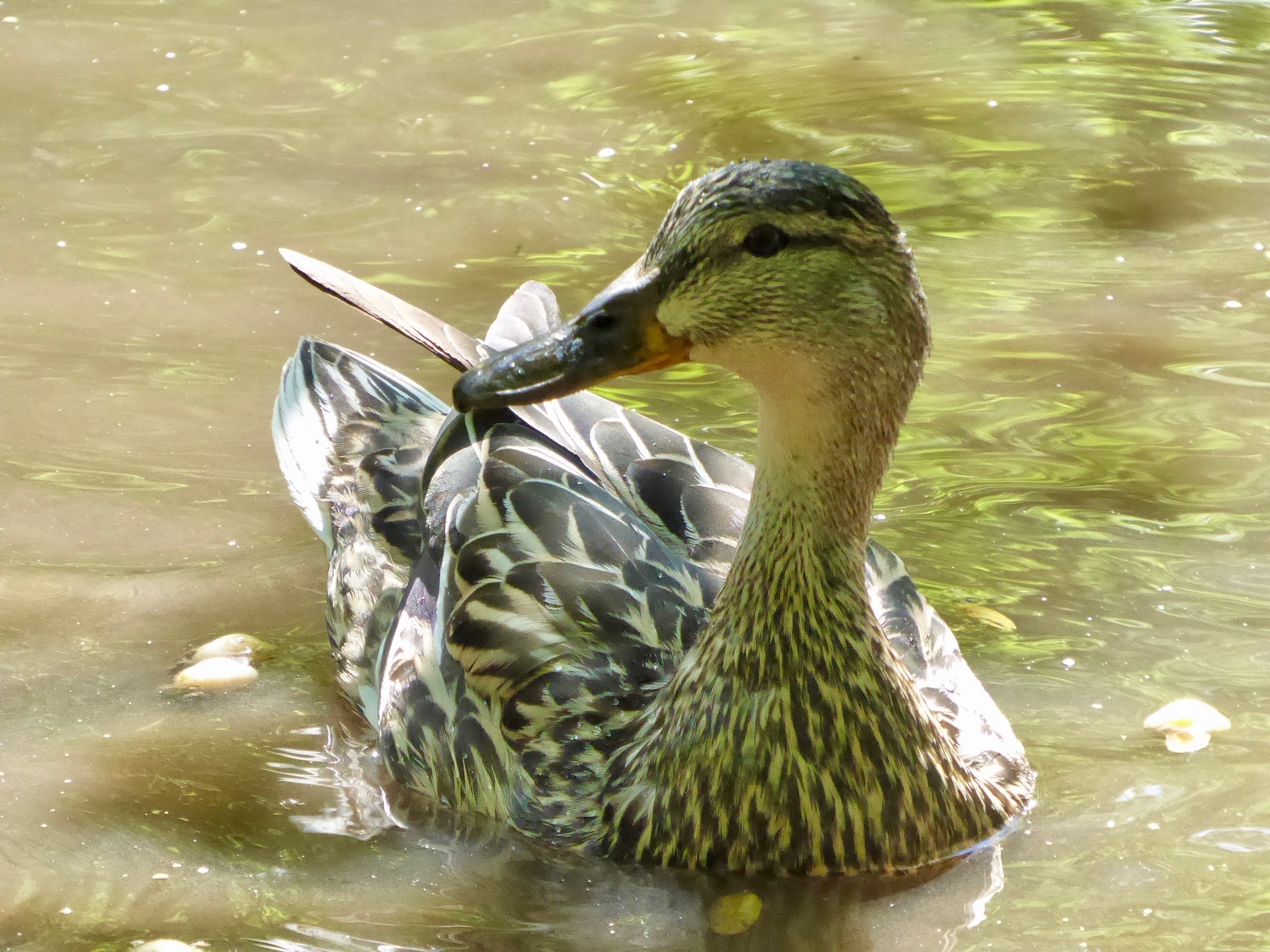 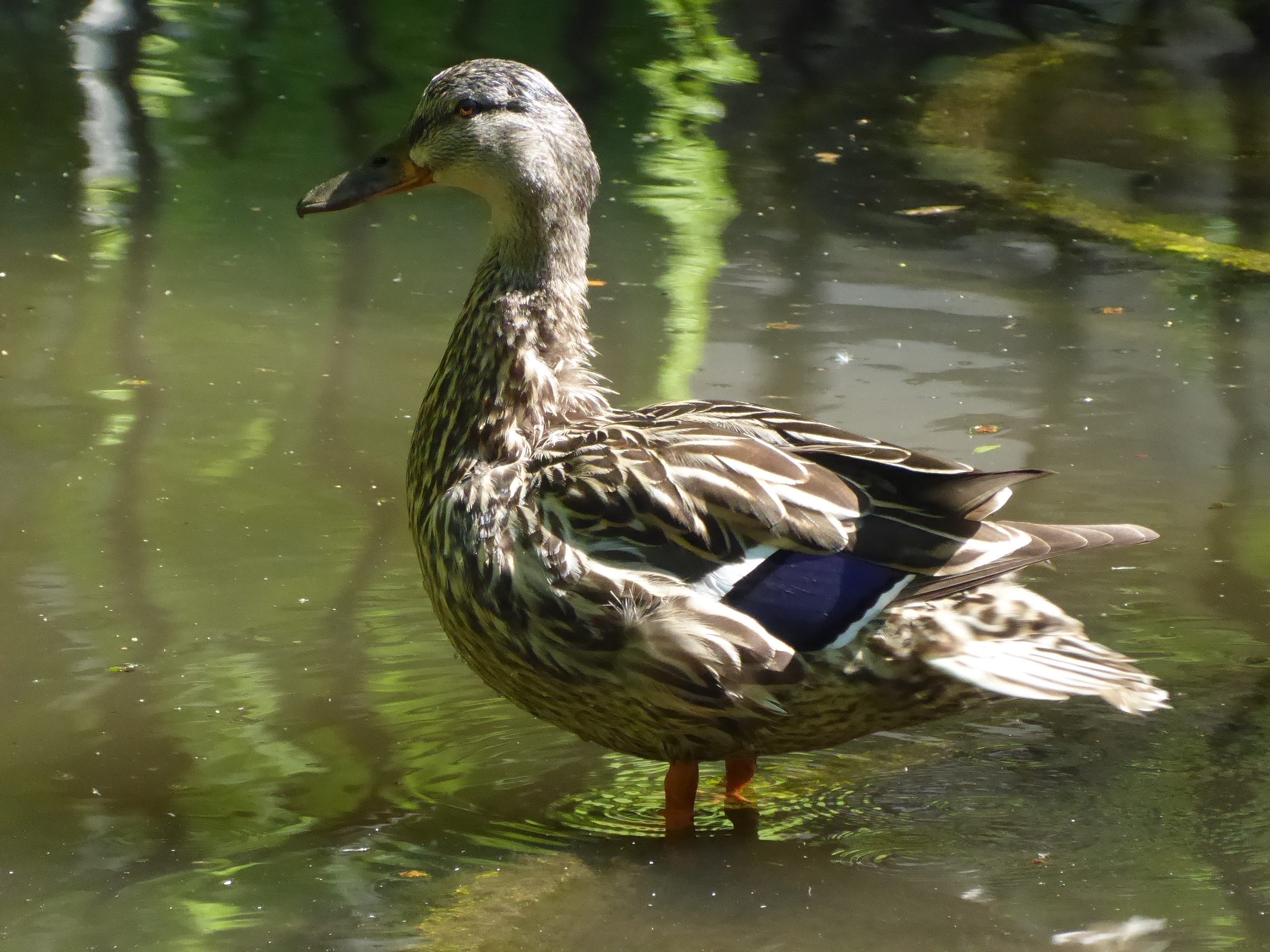 Ducks have an oil gland at the base of their tail; they slick up their beak with the oil and spread it over their feathers, sometimes dipping their bill in the water in the interim, as Katie does here. I’m not sure why, but the water may help spread the oil somehow. This, at any rate, is why ducks are waterproof.

The turtles are still around, of course: 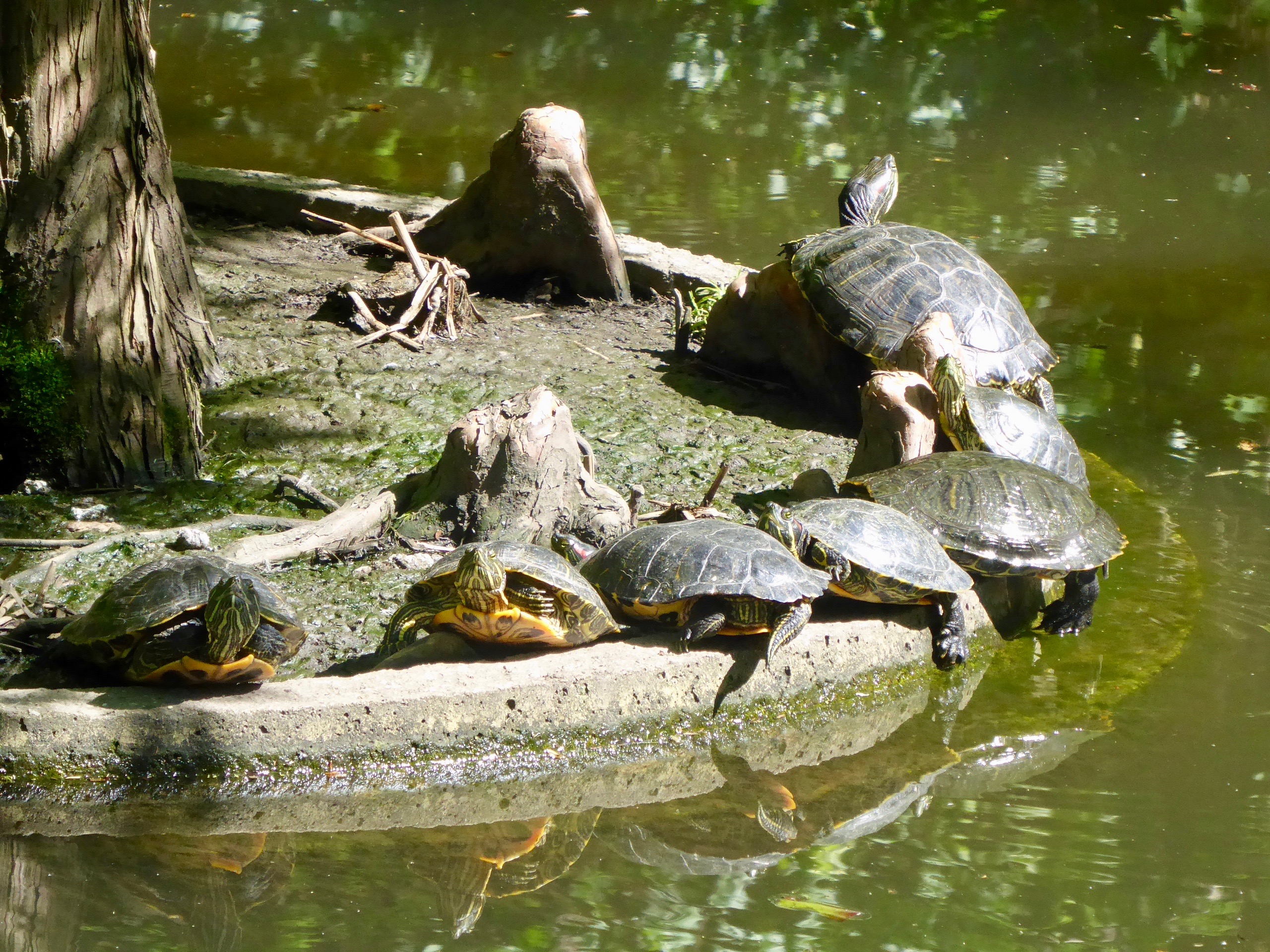 And “Ducklings” by Claude Monet: 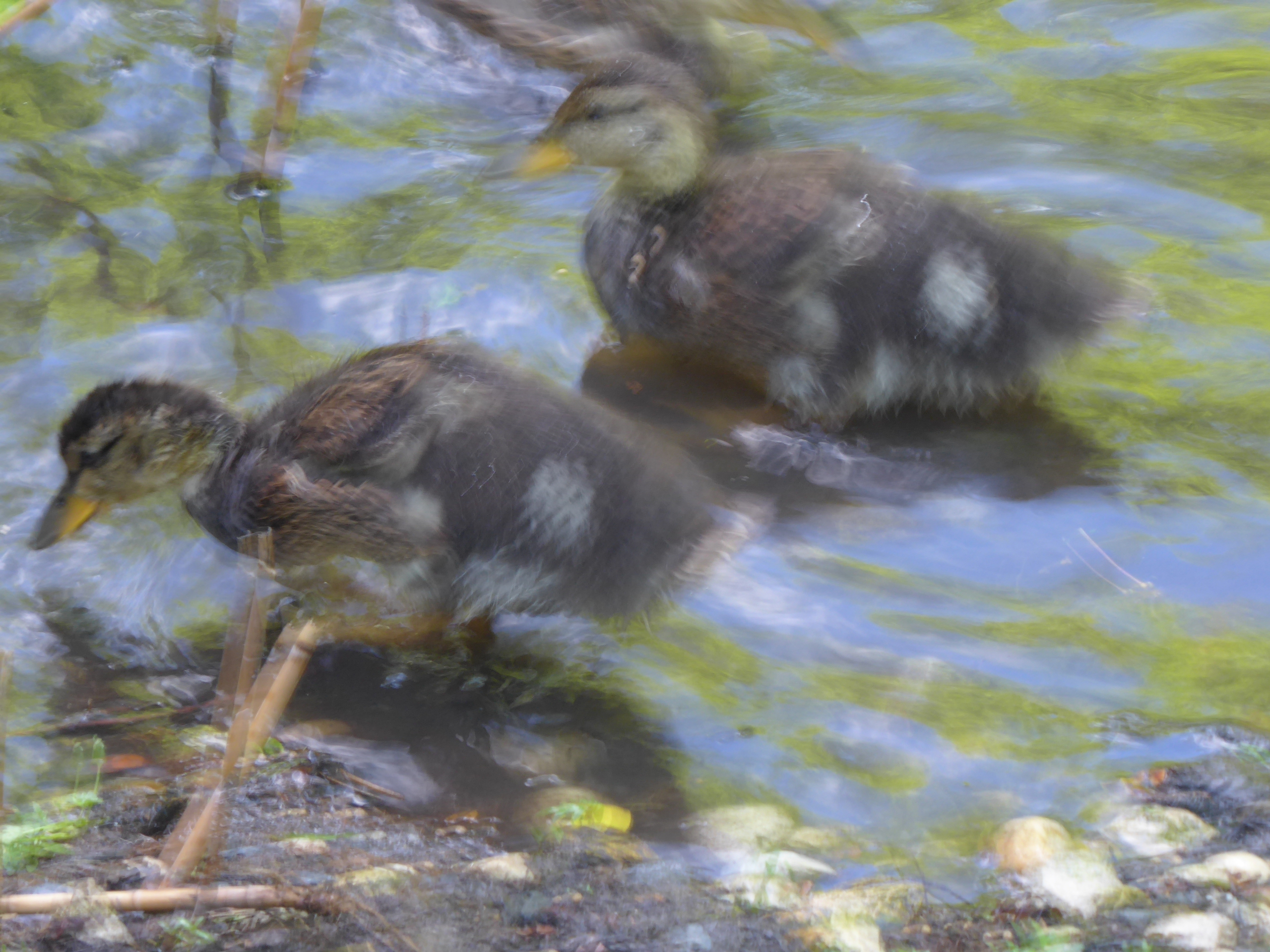 Finally, Nilou found a 1932 cartoon map of the University of Chicago, which has many interesting features (enlarge it). I’ve circled the spot of interest, but have a look around. Hull Court, the region around Botany Pond, hasn’t changed at all since then, though the Pond has been landscaped and given a cement rim and other good features: 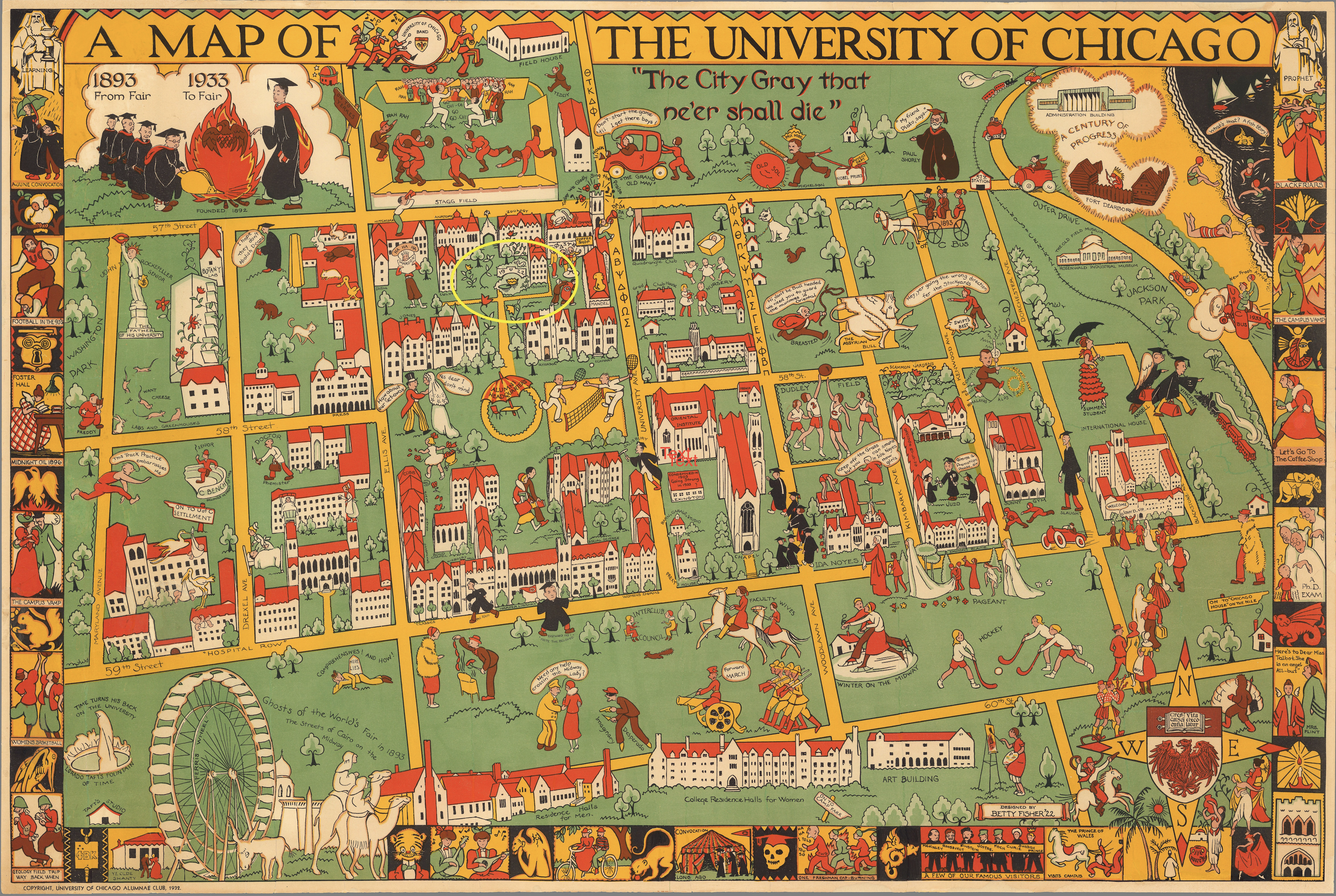 And look! There’s a duck there—in 1933. Continuous habitation by waterfowl for at least 86 years! (The Pond was created in 1902, but more about its history at a later date.) 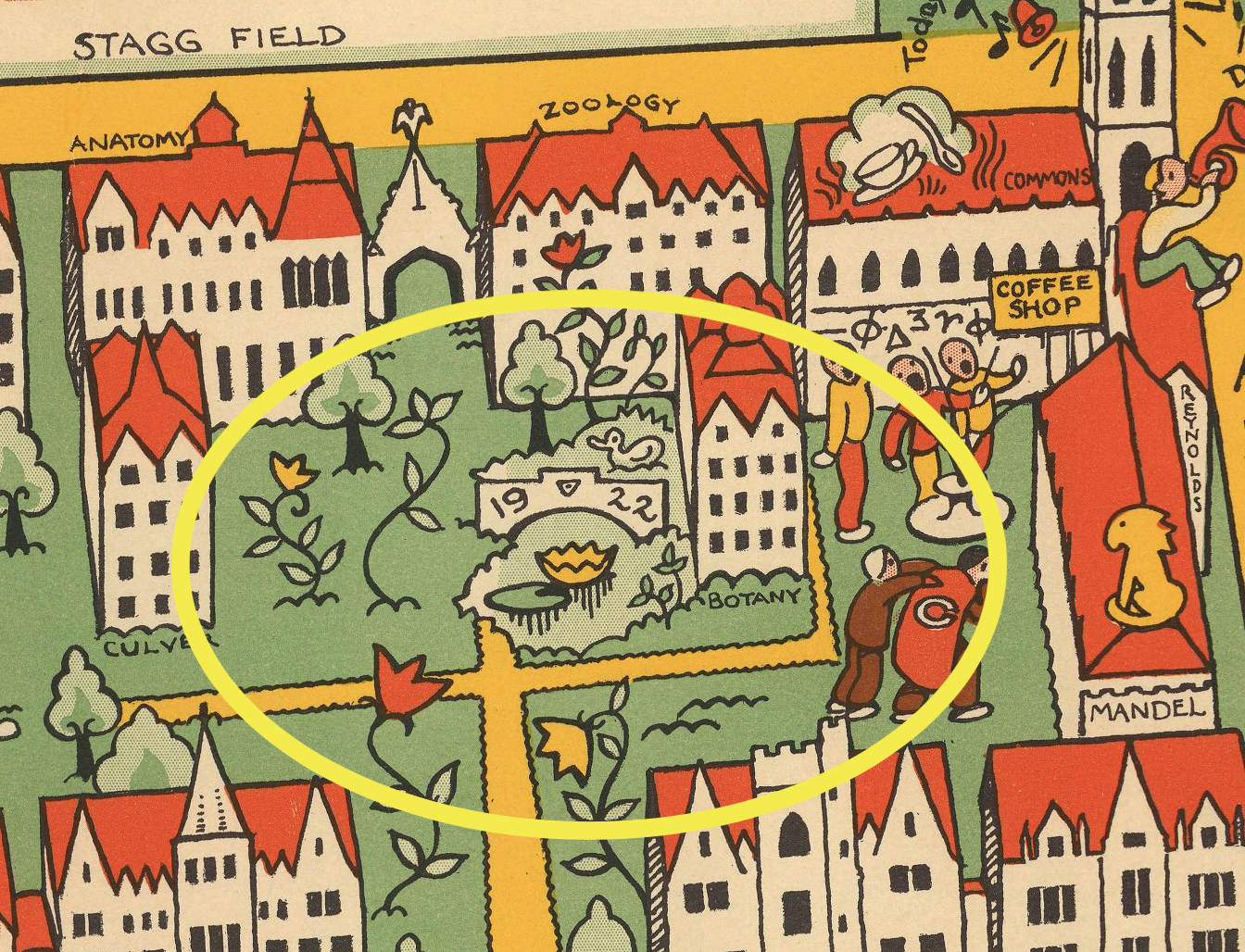