I see the termites have dined well, and have finally reached Leeds University. Yes, the student union of that school saw fit to issue this tweet today on its Facebook Page (click on screenshot to go there and see replies): 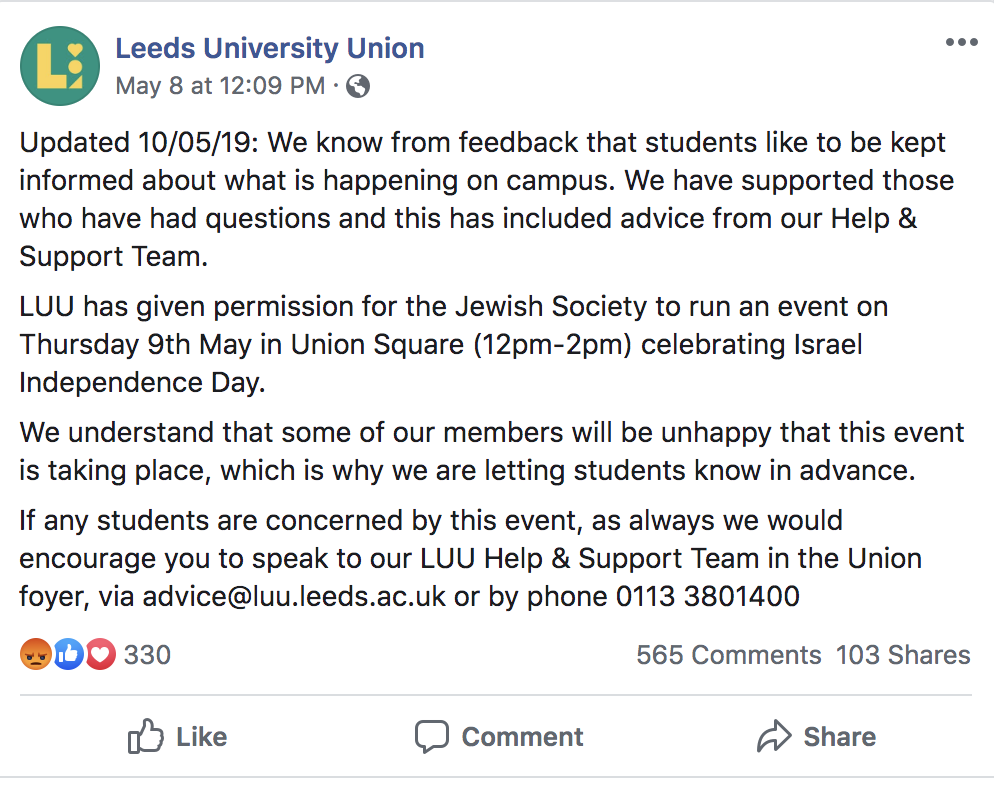 The anti-Semitism here is clear. This is just a celebration of the anniversary of Israel’s founding, not a celebration of Israel’s politics. Nevertheless, the Leeds University Union saw fit to remind students that “some of our members will be unhappy that this event is taking place.” What does that mean? Well, the unhappiness is apparently a reason to “let students know in advance.” If the Union were the Mafia, this would read, “Nice celebration you want to have there. Too bad if something were to happen to it—or you.”

And, of course, there’s the requisite offer of help and therapy to those tender students triggered by an Israel Independence Day celebration. I wonder if they’d issue the same statement for a celebration of Palestine? You know what the answer would be.