Reader Tim Anderson, who lives in Cowra, southeastern Australia sent some lovely parrot photos (he adds that there’s a poem about his region by Banjo Patterson).

Attached are pictures of Superb Parrots (Polytelis swainsonii), which are currently visiting my neighborhood. This species is somewhat endangered in this area, as land clearing has reduced the number of old trees with suitable nesting holes.

Nevertheless, this is a Superior Bird, as you can tell from its name. It does not associate with other, less well-endowed species, and when it deigns to speak at all, it converses only in Latin. 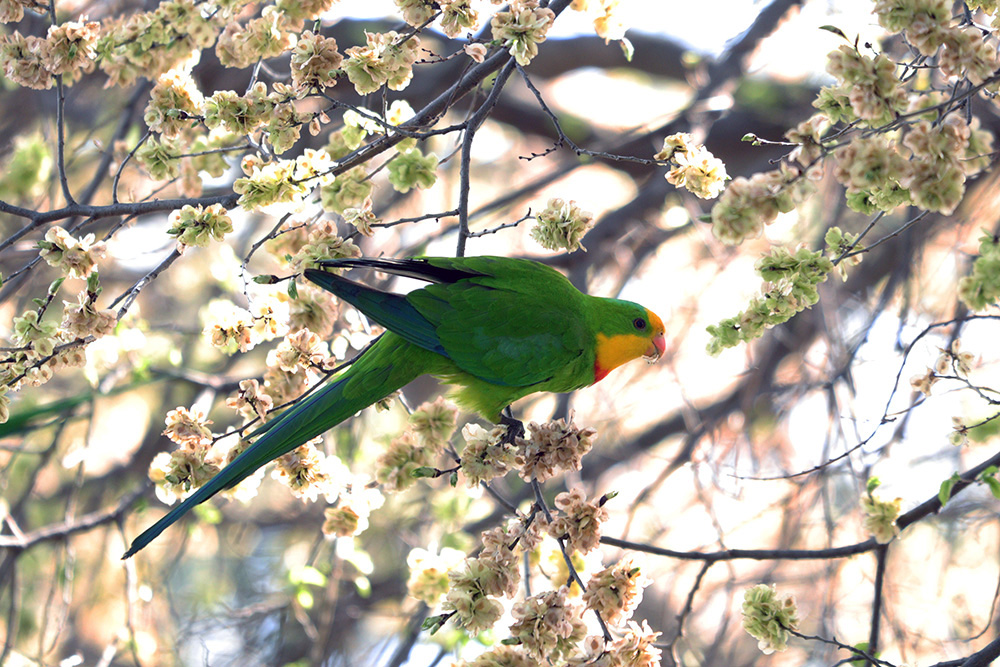 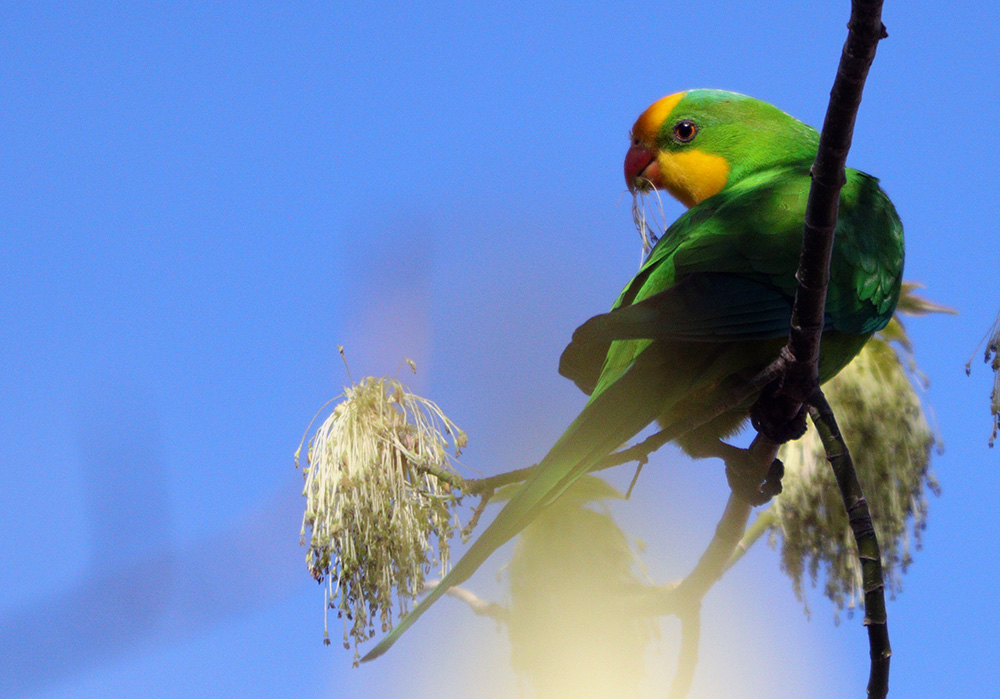 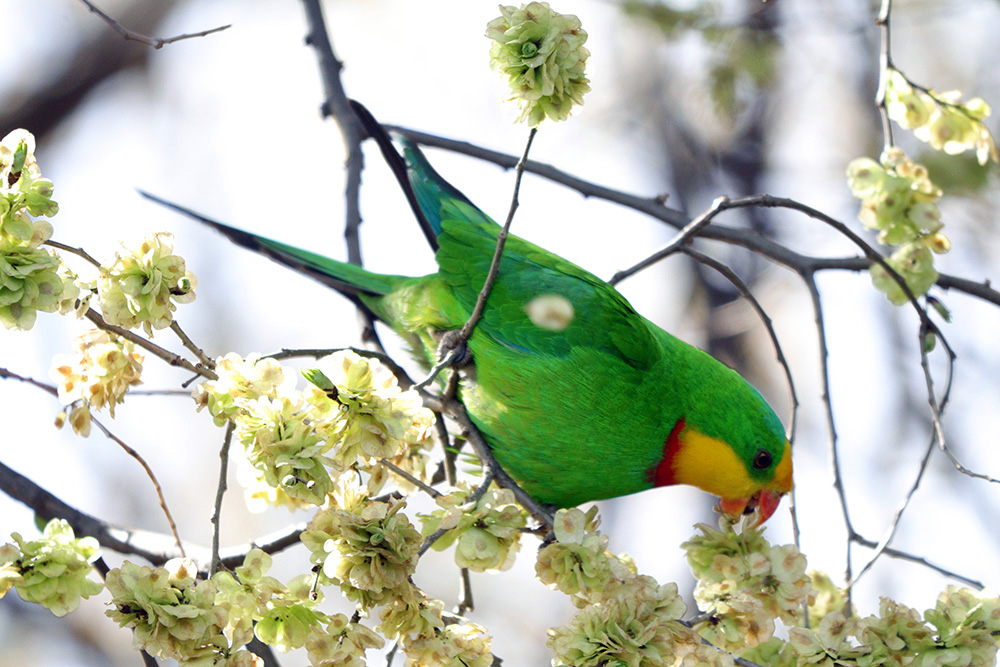 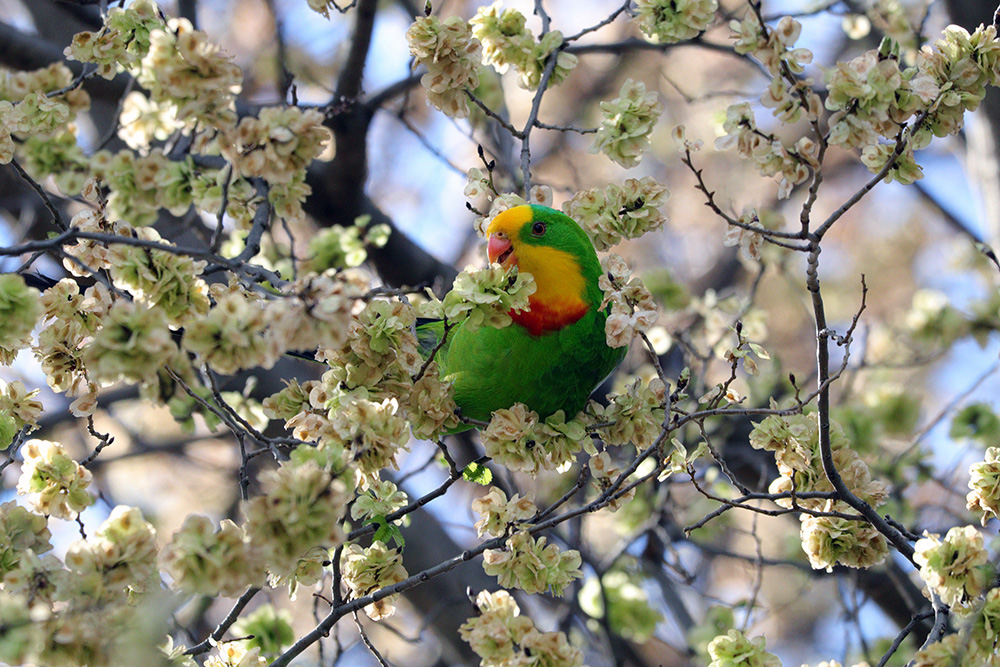 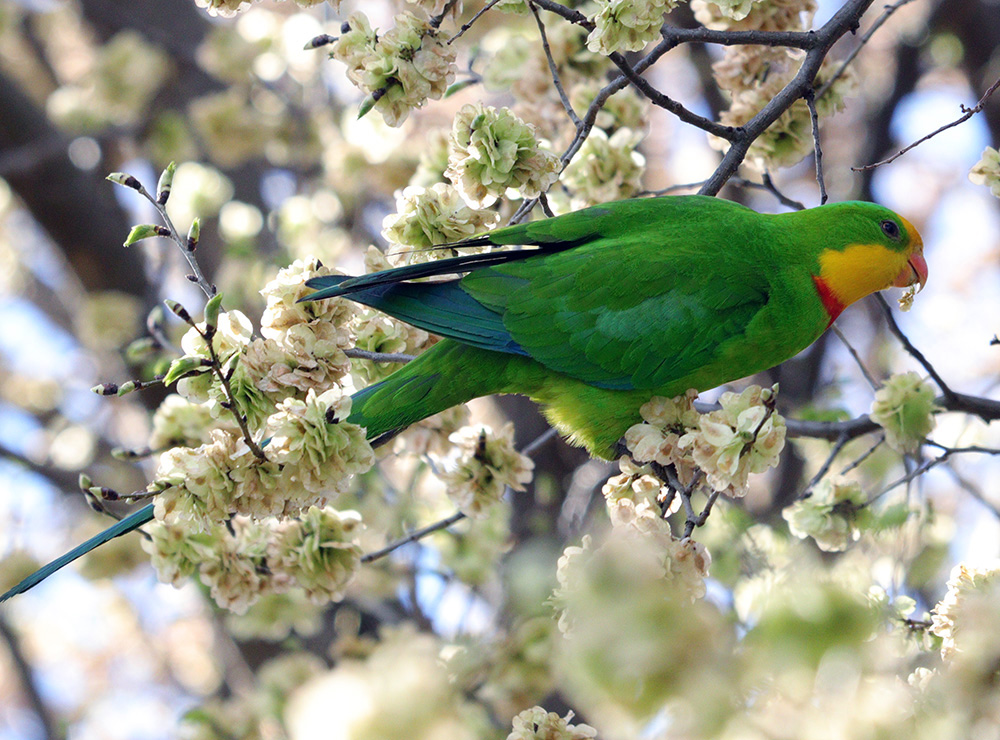 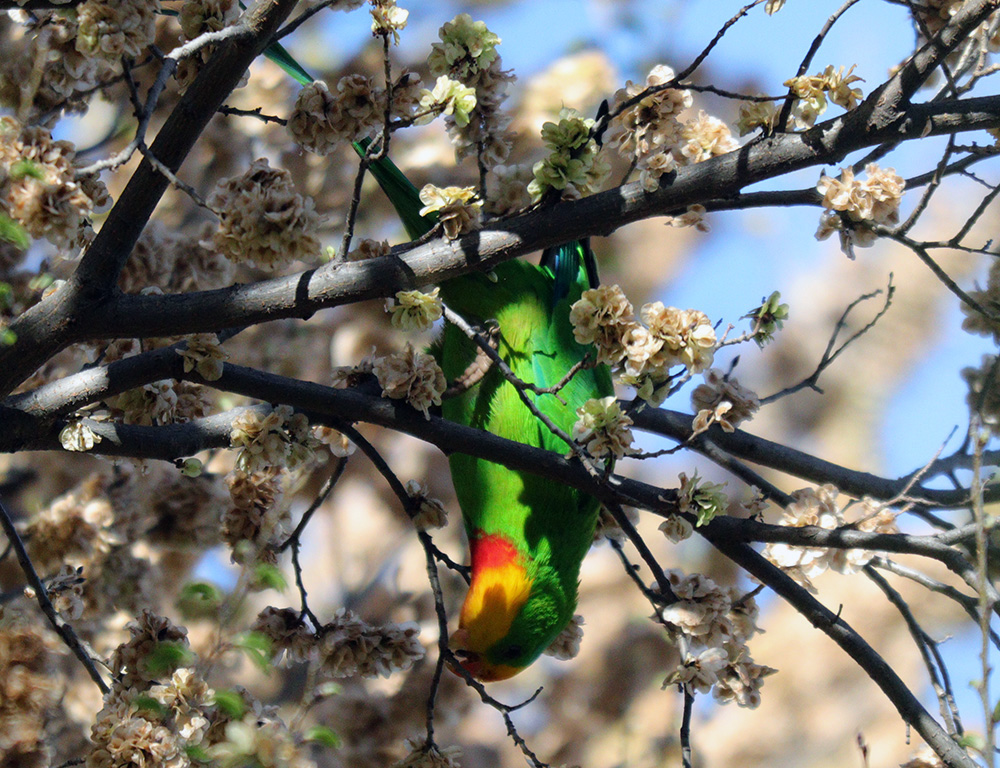 A landscape and a mammal from Stephen Barnard in Idaho:

The oddly shaped peak in the far background is called Queen’s Crown. I don’t know where it got the name, but I’m pretty sure it wasn’t from Game of Thrones. 🙂 It may have something to do with Paul Scott’s The Raj Quartet, but that may be asking too much from rural Idaho. 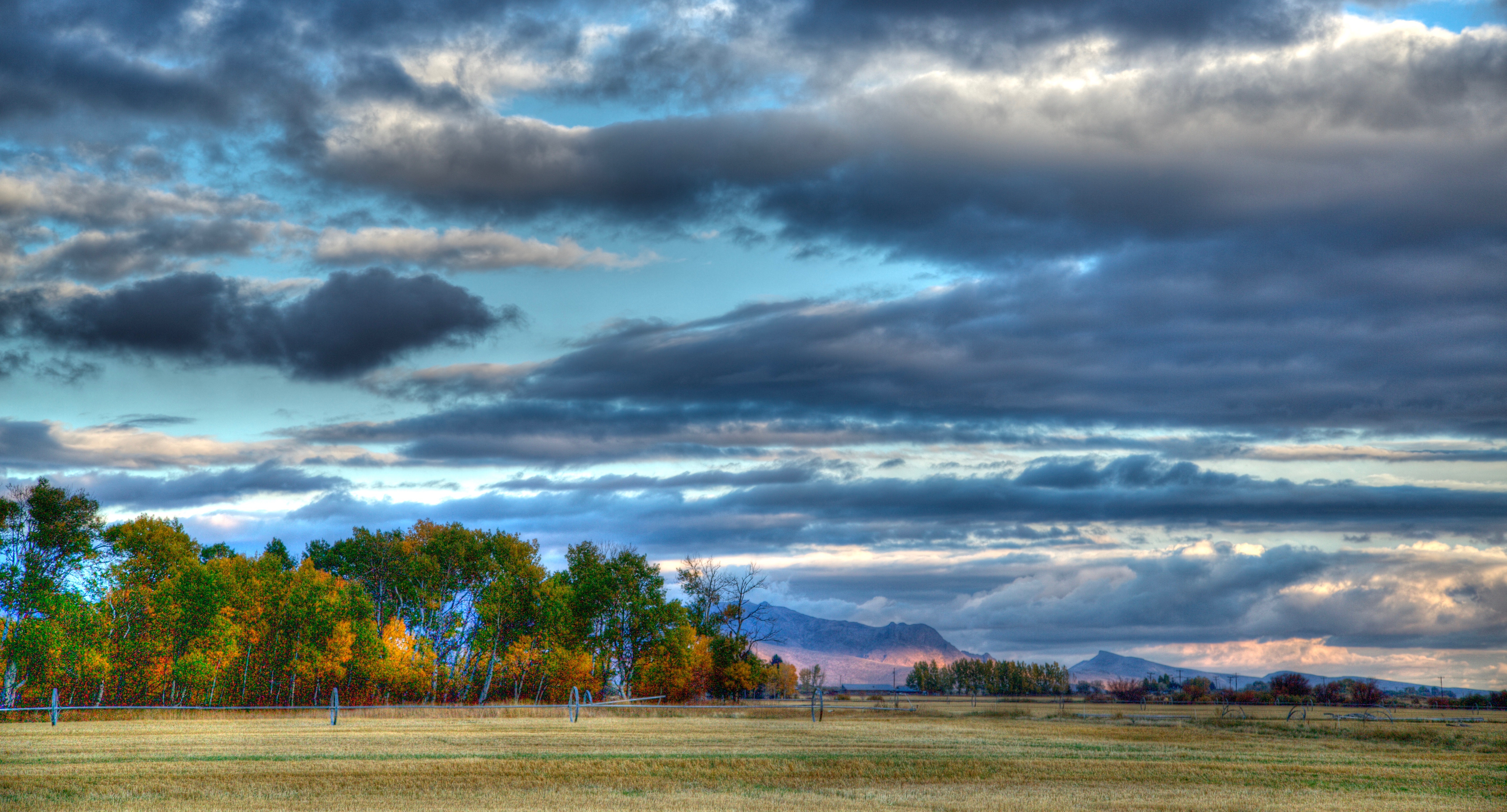 And a striped skunk (Mephitis mephitis). [JAC: Stephen adds that it was ambling fearlessly along the path, munching on worms, and was wet because it had recently rained. That is one fat mustelid!] 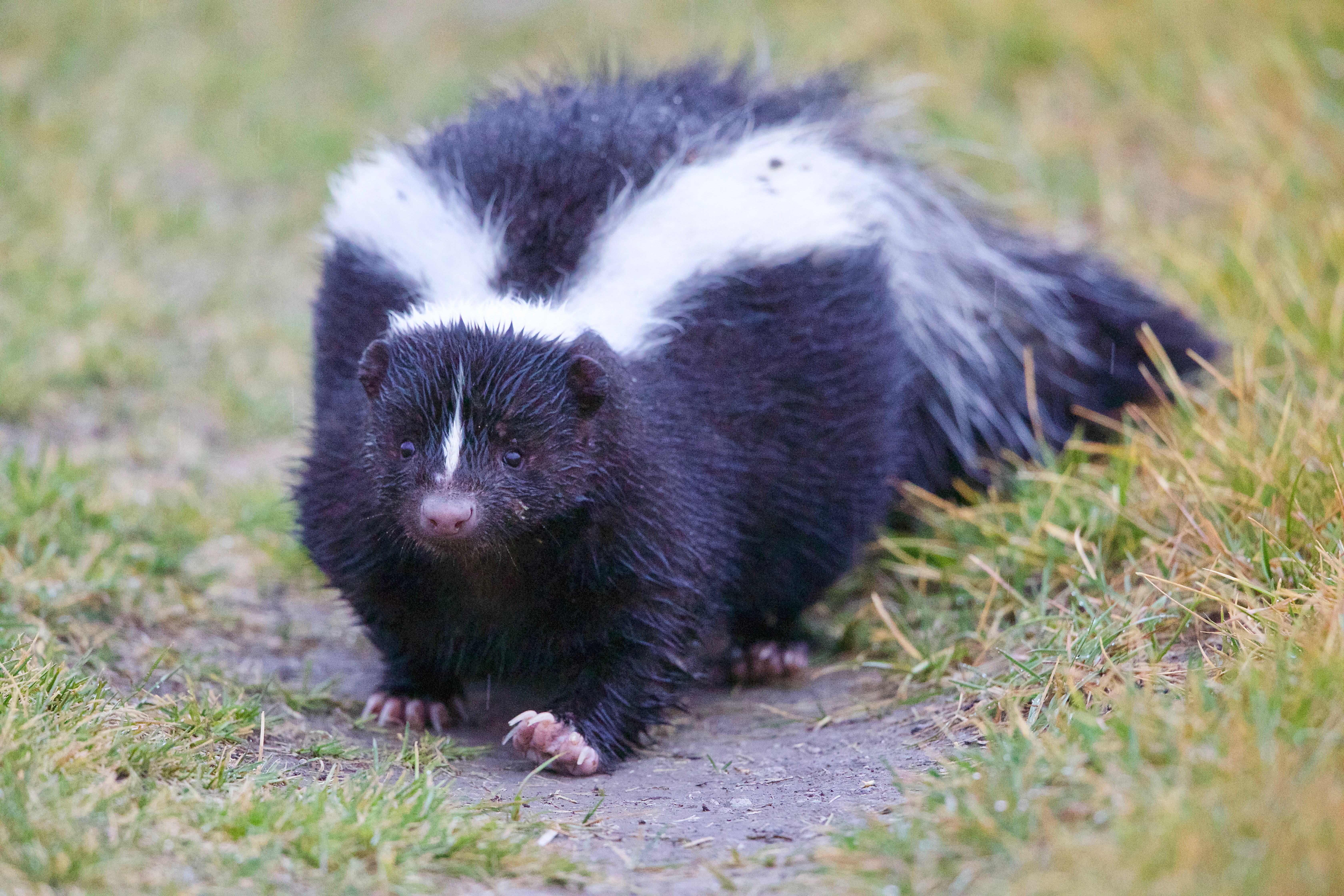