The Center for Science in the Public Interest (CSPI) has given out its Xtreme Eating Awards for 2018, and, I found some of these beyond belief. Now if you’re a regular here you know that I occasionally eat large meals, especially on vacation, and sometimes food considered “bad”, like rib tips and fries. But more often I eat healthier, and am doing so even more since I started fasting two days a week (I have lost considerable weight and am considering cutting back on the fasting). Today, for instance, I had a latte with 2% milk for breakfast, a salad and an apple with lunch, and tonight I’ll have an omelet with green peppers and some baguette, as well as a glass of decent wine. But if I couldn’t binge out once in a while, I’d consider life not worth living.

But here are some items that stretch the boundaries of badness. Have a look at the page, but here are some of the CSPI’s winners, along with their rationale (just below):

Each of these restaurant items manages to cram in close to a day’s calories, often accompanied by at least a day’s saturated fat, sodium, or added sugar.

That’s not easy. After all, a typical restaurant entrée has “only” about 1,000 calories. That’s one reason why “only” two out of three adults and one out of three children or teens are overweight or obese. But these dishes go the extra mile…just so more of us can start looking for extra-large-size apparel.

THE WINNER (for calories). I have to say, though, that I’d probably eat this as a binge food: 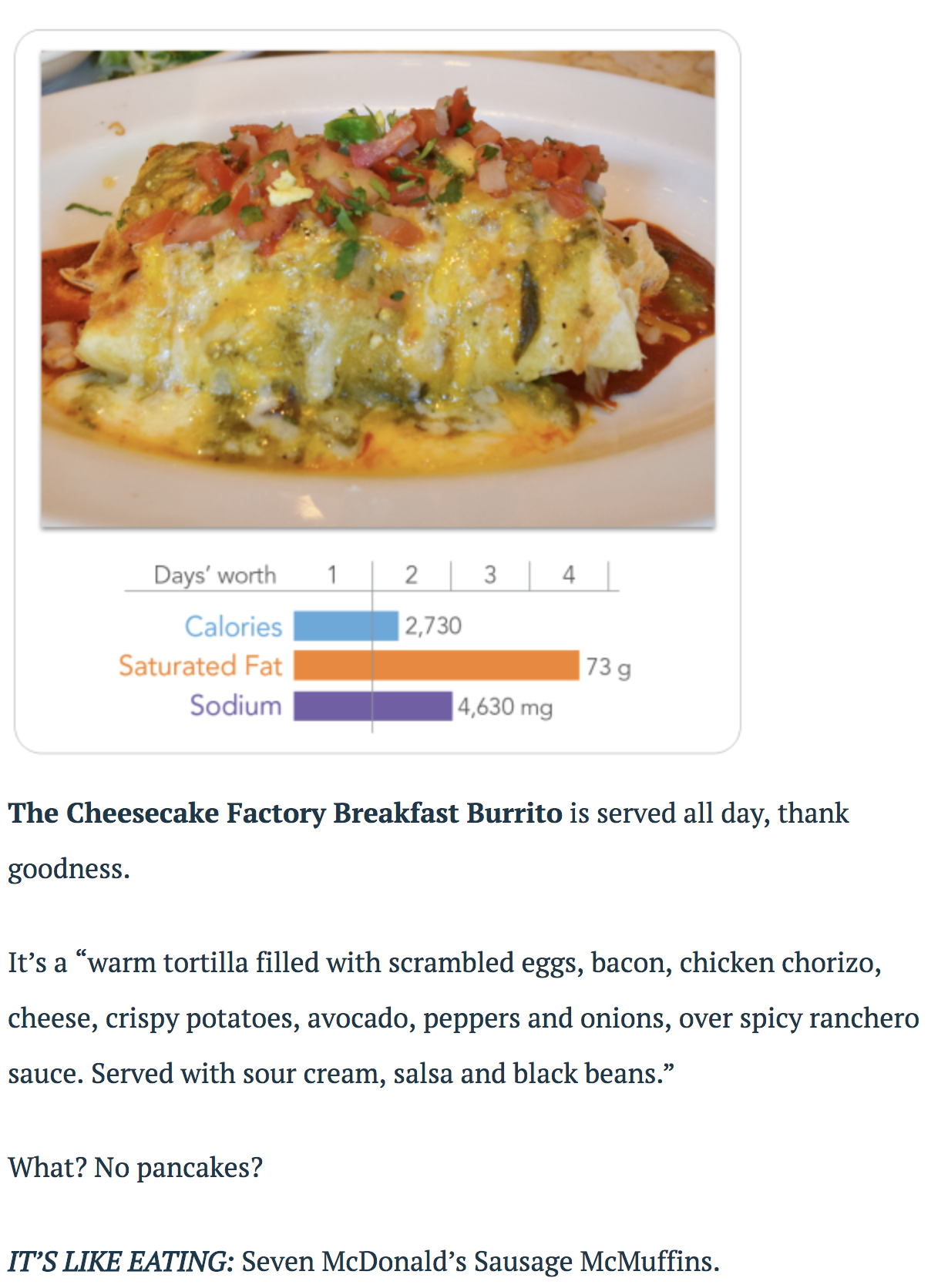 This one surprised me. When I was a kid in Germany, I used to eat soft pretzels, but haven’t had any in America that are close to the German version. Plus I almost never eat at the movies: 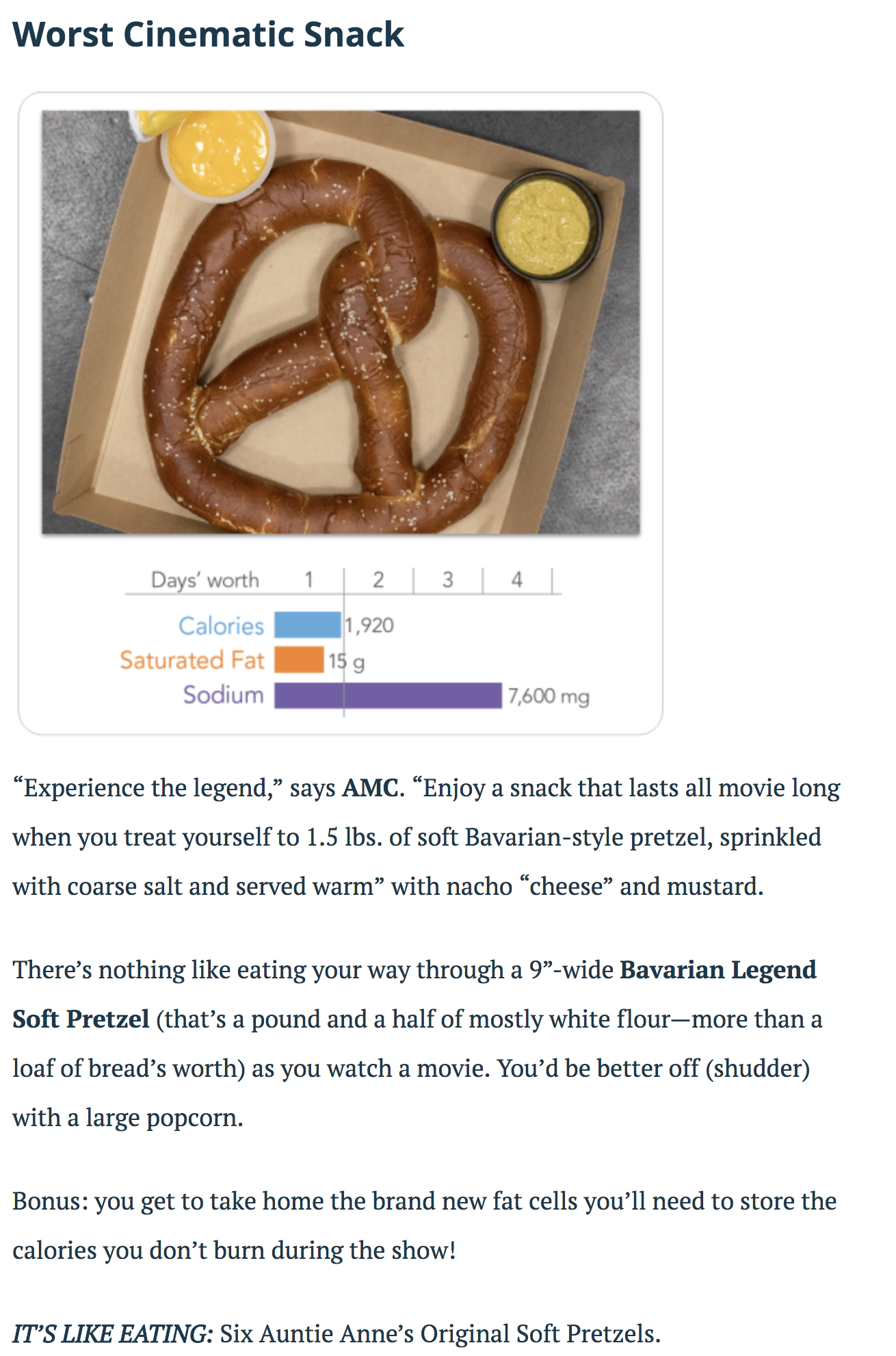 Now this doesn’t appeal to me at all, and look at the food-equivalent at the bottom:

Now, some of my guilty pleasures: An entire pint of Ben & Jerry’s ice cream (I haven’t done this for a while), the large rib tips with mild sauce and fries at Uncle J’s BBQ on 47th Street (eaten as two meals), the giant Costco apple pie (eaten in about six goes).

I believe it was A. J. Liebling who said his aspiration was to think, on his deathbed, that “There have been kings who haven’t eaten as well as I.” And that’s the way he went!