It’s Saturday, July 28, 2018, and soon August will be upon us. It’s National Milk Chocolate Day and World Hepatitis Day, which have no connection.

On July 28, 1540, Thomas Cromwell, charged with treason, was beheaded on the order of Henry VIII of England. On that very day, Henry married his fifth wife, Catherine Howard. She too was beheaded in November of the next year. On this day in 1794, both Maximilien Robespierre and Louis Antoine de Saint-Just, leaders of the French Revolution, were hoist with their own petard—or rather with their own guillotine. On this day in 1821, José de San Martin declared that Peru was independent from Spain. In 1868, the 14th Amendment to the U.S. Constitution was certified, establishing that blacks were United States citizens and deserved equal protection of the law.  On July 28, 1914, Austria-Hungary declared war on Serbia—the official beginning of World War I. On this day in 1939, the Sutton Hoo Helmet was unearthed in Suffolk, an amazing artifact from the 7th century. Wikipedia describes it:

The Sutton Hoo helmet is a decorated Anglo-Saxon helmet which was discovered during the 1939 excavation of the Sutton Hoo ship burial. It was buried around 625 and is widely believed to have been the helmet of King Rædwald of East Anglia, and its elaborate decoration may have given it a secondary function akin to a crown. The helmet is “the most iconic object” from “one of the most spectacular archaeological discoveries ever made,” and one of the most important Anglo-Saxon artefacts ever found. Its visage features eyebrows, nose, and moustache, creating the image of a man joined by a dragon’s head to become a soaring dragon with outstretched wings. It has become a symbol of the Dark Ages and also “of Archaeology in general.” It was excavated as hundreds of rusted fragments, and was first displayed following an initial reconstruction in 1945–46, and then in its present form after a second reconstruction in 1970–71.

Here is a reconstruction (with original bits) from 1970-71 and a replica showing its original appearance: 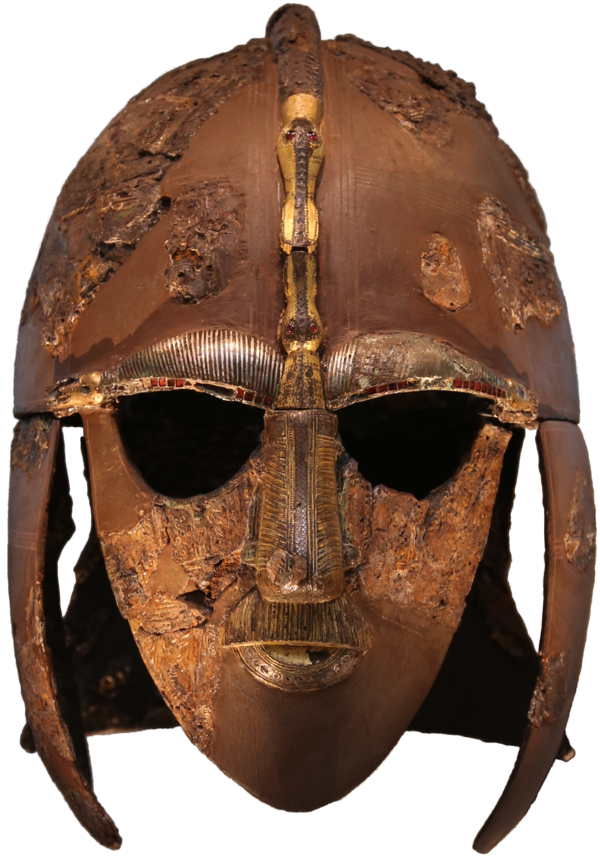 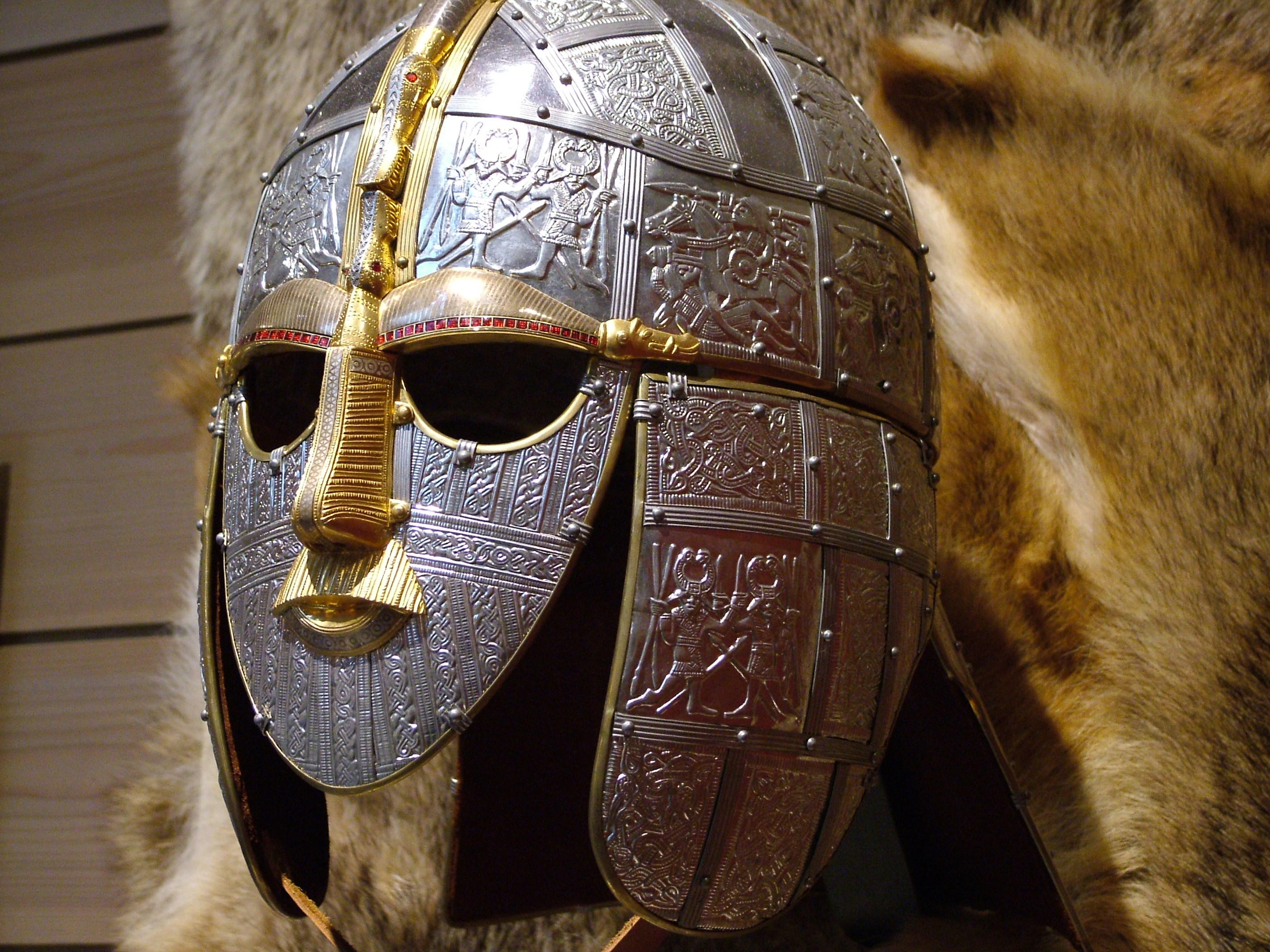 On July 28, 1973, the Summer Jam celebration took place at Watkins Glen, with a rock festival crowd of around 600,000. Yours truly was there with a pal, and I’m told it was the biggest rock festival in history. Finally, on this day in 2005, the Provisional IRA ended its 30-year armed campaign in Northern Ireland.

Hili: Where to look for happiness?
A: I don’t understand.
Hili: In the kitchen or in the garden? 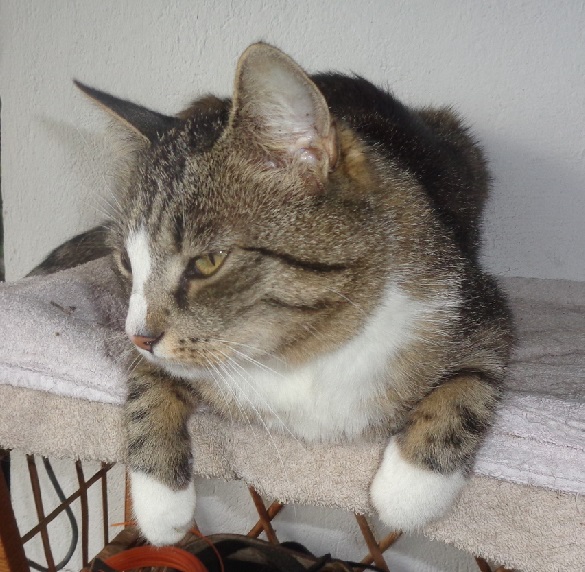 Look at this baby giraffe struggling to stand up only a few minutes after birth. With lions about, it better!

A newborn giraffe is 1.7–2 m tall and in the few first minutes after birth, it struggles to take its first steps, but within a few hours of birth, the calf can run around and is almost indistinguishable from a one-week-old https://t.co/78wRdPvvHv [gif: https://t.co/zePAGwr1O5] pic.twitter.com/2qptvATRH1

What did your cat do tonight? Mine took 124 screenshots of my desktop and uploaded it to dropbox pic.twitter.com/PiQcsysytU

Here’s something you didn’t know, but might have guessed given that the clitoris and penis have related developmental origins:

HEY, LISTEN UP FRIENDS. Yes, penis bones (bacula) are a thing in many animals but then so are clitoris bones (baubella). Here's a picture of a walrus and a squirrel baubellum, alongside the peens. pic.twitter.com/0iVMicEvtG

Dune collapse might not have been the main cause of death in the Cretaceous Gobi Desert, but it was a major cause of fossilisation. Here are five unlucky Protoceratops that met their demise that way, almost perfectly preserved in their death throes. #FossilFriday #dinosaur pic.twitter.com/tr0zSiRP0T

This footage is amazing:

Wow. 20 years of real footage of stars orbiting the black hole in the center of our Milky Way from @ESO. You can even see the instrumentation/image quality improve over time! pic.twitter.com/slXGzV6WLF

Note the absence of women, which wouldn’t occur were this picture taken today. See how many evolutionists you can recognize. I’ll name one: my academic grandfather Theodosius Dobzhansky, fourth from left in the top row.

Now, this is a proper bunch of evolutionary biologists in one photo (go through the link to find out who’s who)https://t.co/8hCiSHYgit pic.twitter.com/g0M71PlqAT

Tweets from Grania. First, an article (click on screenshot) about an Egyptian zoo scamming people: 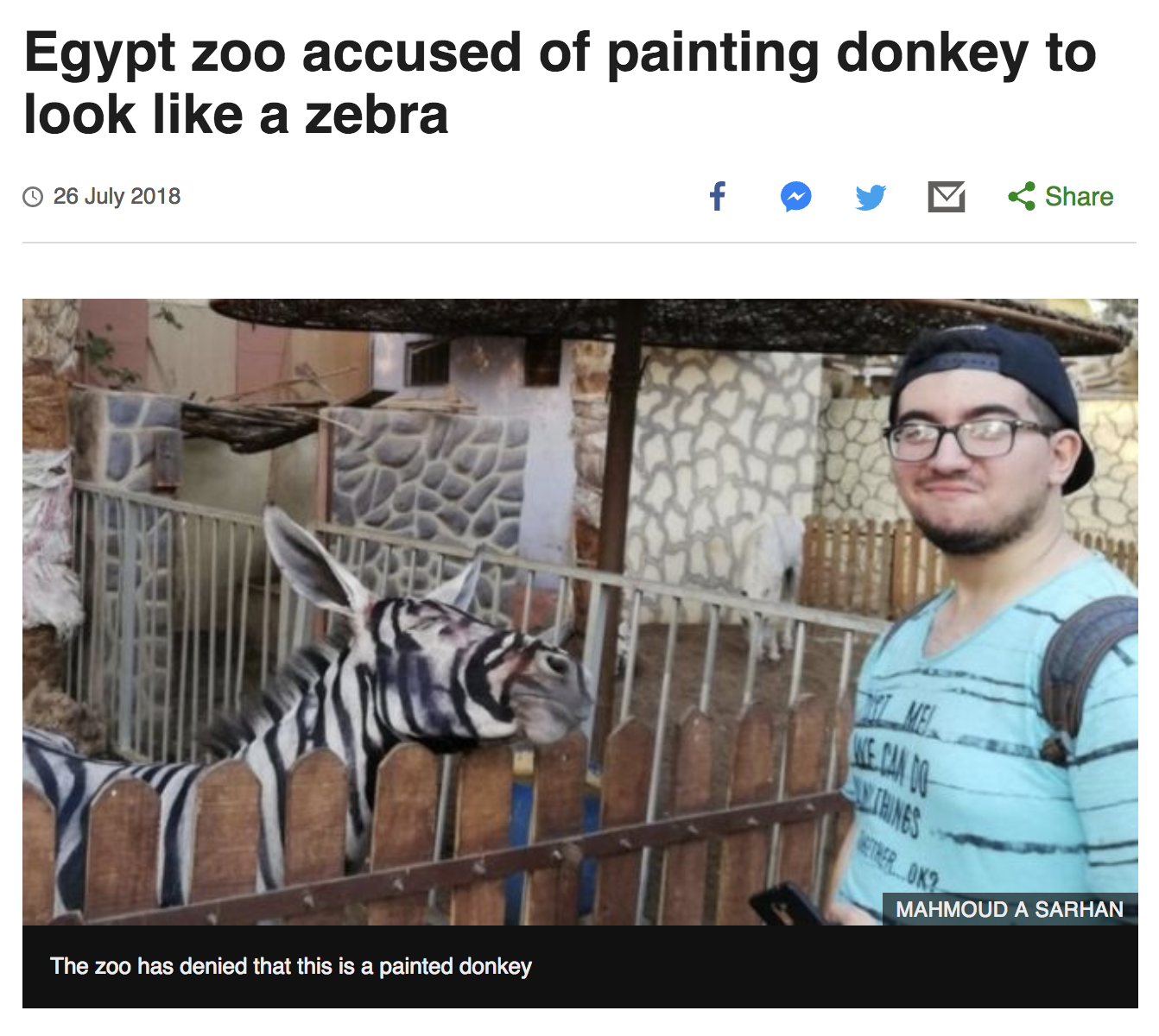 “Ruth has denied that this is a painted dog” pic.twitter.com/jjzAi1KGnW

I am here for this idea. See attached pitch collateral, have your people contact my people, etc. etc. pic.twitter.com/f8srhAdGMt

It’s been bloody hot and dry in Britain; look at these pictures!

From green to brown in one blistering month.
(thanks @esa for the clear imagery) pic.twitter.com/ohGI6gwKQT

And “Determinism Man,” a panel from the comic strip Bliss submitted by several readers. It commits the fallacy of asserting that intervention is useless if determinism be true. 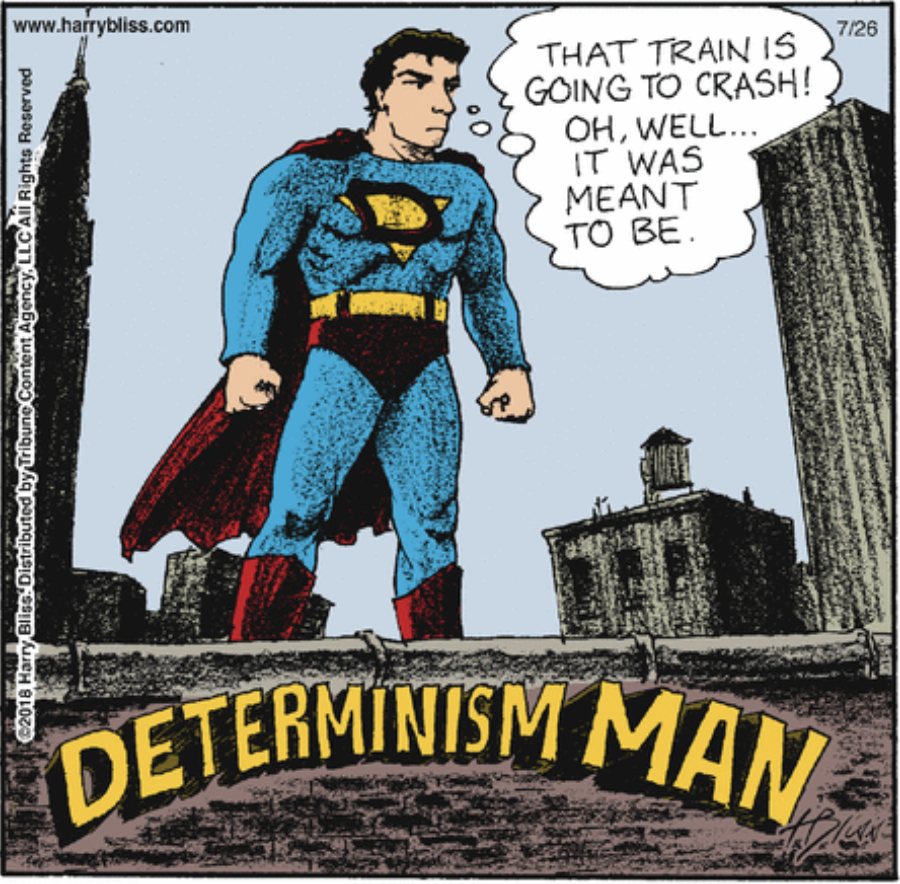