It’s Ceiling Cat’s Day: Sunday, July 22, 2018, and National Penuche Day. What is penuche? It’s a fudge-like candy made without chocolate but with brown sugar, butter, and milk. I’d eat it. It’s also Pi Approximation Day, which, according to Wikipedia, “is observed on July 22 (22/7 in the day/month format), since the fraction 22/7 is a common approximation of π, which is accurate to two decimal places and dates from Archimedes.”

On July 22, 1298, William Wallace and his Scotsmen were defeated by the forces of King Edward 1 of England in the Battle of Falkirk.  In 1793, Alexander MacKenzie, reaching the Pacific Ocean, became the first known person to completely traverse North America. This preceded the journey of Lewis and Clark by twelve years.  On July 22, 1793, during the Battle of Santa Cruze de Tenerife, Admiral Nelson was wounded, leading to the amputation of his arm. 96 years later, again according to Wikipedia, “Katharine Lee Bates writes America the Beautiful after admiring the view from the top of Pikes Peak near Colorado Springs, Colorado. If you’re not an American (we all know the song), here’s a Ray Charles version:

On July 22, 1942, the deportation of Jews from the Warsaw Ghetto began. You know where they went. Finally on July 22, 2011, there were two terror attacks in Norway committed by  Anders Behring Breivik: the first a bomb attack in Oslo that killed 8 people and injured 209. In the second, Breivik attacked a youth camp on the island of Utøya, killing 69. He’s serving 21 years in prison, the maximum sentence in Norway, but that can be extended by five-year increments if he’s found (as is likely) to be unsuitable for release.

Don Henley, of course, did many great songs with the Eagles, but this solo song, about a man remembering his wild youth, especially resonates with this aging professor. “Boys of Summer” was released in 1984. It’s a great example of good ’80s rock:

Meanwhile in Dobrzyn, Hili professes a general anxiety, but I suspect she’s worried about her food. Note that she’s especially cute today.

Hili: I’m more and more anxious.
A: About what?
Hili: About the future of the world. 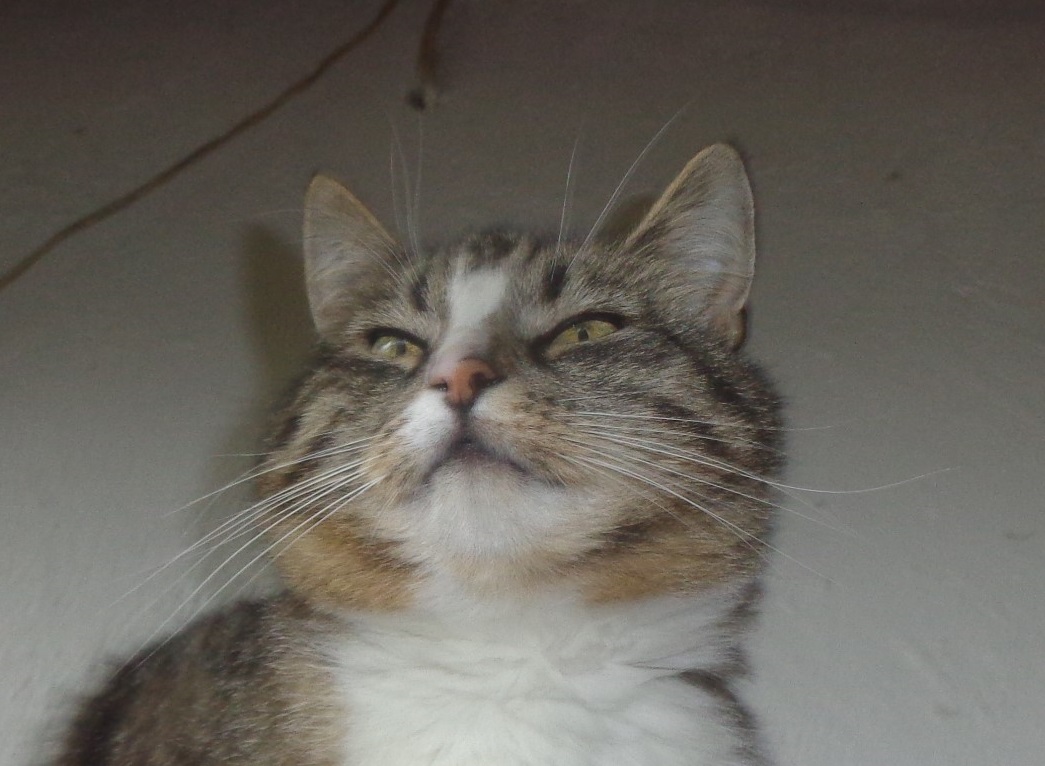 Here’s a tweet from Grania (once called “Miss Grania” by her South African students in KwaZulu-Natal):

Some tweets from Matthew, the first showing an otter teaching its unwilling babies to swim:

I believe these are prairie dogs, with one using ASL (animal sign language):

Learn your collective animal names. For cats it’s a “clowder”:

Lovely pictures of Saturn’s moon Titan, which has a diameter 40% that of Earth:

The veil has lifted.@CassiniSaturn has delivered the clearest views ever of moon #Titan: https://t.co/sHvnWudIrZ pic.twitter.com/ItGRLAmoXL

Now this would be something to see!

Hildegard Von Bingen was a German nun with a scientific bent, but also a visionary/spiritual one, both seen in this drawing of hers:

Look at that yawn!

Today I learned that pelicans have the grossest yawn ever. pic.twitter.com/VWR4qEiB04

An amazing species of Chinese drama:

Bian Lian is an ancient Chinese dramatic art that is part of the more general Sichuan opera. Typically, performers change from one face to another almost instantaneously with the swipe of a fan, a movement of the head, or wave of the hand https://t.co/Z3eiE3KWqA pic.twitter.com/yzAXe6i8qe

I’m not a big cricket fan but I know we have fans reading here. Perhaps someone can identify this incident and the match:

Strewth, just have a look at it. 👀 pic.twitter.com/m1G25HUsXL

A cat on a hot stone floor:

The gravel is lava. pic.twitter.com/N99eaIfaHV

War is peace.
Freedom is slavery.
Ignorance is strength.
Would is wouldn’t.

Tweets from Heather Hastie; the problem of sleeping with cats:

This is truly bizarre:

Heather notes about this one: “I don’t care what USians seem to think of Jimmy Carter and Ronald Reagan. I think the former is great and I’ve never understood why the latter was lionized.” And yes, Carter is the very model of a modern ex-President.

Former President Carter has more class and integrity than @realDonaldTrump could ever dream of having. pic.twitter.com/QAZenvHQUh