July is waning, and it’s Saturday, July 21, 2018, and we’re back at National Creme Brulee Day, a dessert I find not only insubstantial, but vastly overrated.

Breaking news from the BBC (h/t Kevin; click on screenshot). Remember this next time you hear all police dismissed as fascists or pigs:

On this day in 356 BC, The Temple of Artemis in Ephesus, one of the Seven Wonders of the World (can you name the others?), was destroyed by an arsonist who set fire to the building’s roof beams. He was put to death.  It was located near what is now Izmir, Turkey. What did it look like? here’s a model of the temple in a park in Istanbul: 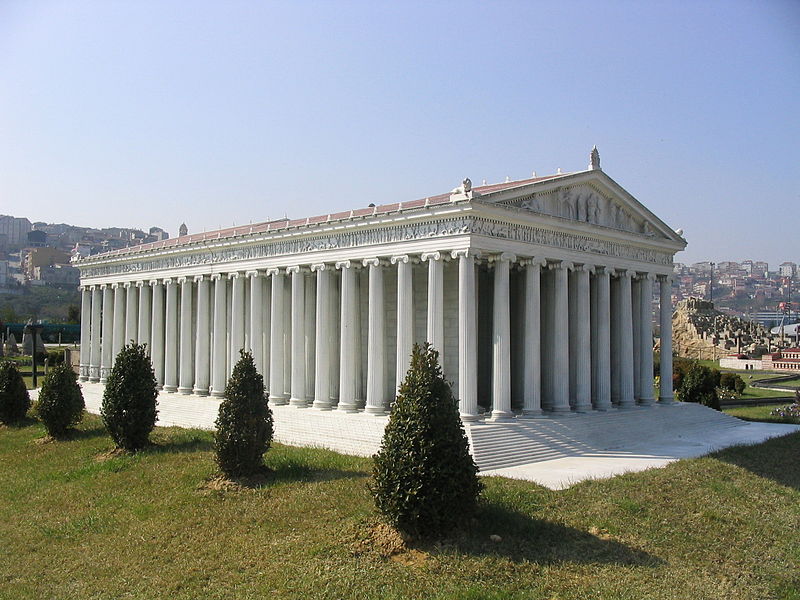 On this day in 1861, in the first major battle of the American Civil War, the Confederates licked the Union at the First Battle of Bull run at Manassas Junction, Virginia. Northerners, who thought the war would be over in a matter of days, were taken aback, and of course the war lasted four more years. In the main square of Springfield Missouri on July 21, 1865, Wild Bill Hickock shot and killed Davis Tutt in what is seen as the first “showdown” in the Old West. The duel was over Tutt’s wearing in public a gold watch he’d won from Hickock in a pocker game. On this day in 1873, in Adair, Iowa, the first successful train robbery in the Old West took place, with Jesse James and his gang lifting $2,337 from the safe in a baggage car. On July 21, 1904, according to Wikipedia, “Louis Rigolly, a Frenchman, becomes the first man to break the 100 mph (161 km/h) barrier on land. He drove a 15-liter Gobron-Brillié in Ostend, Belgium.”

Here’s Rigolly and his record-breaking car: 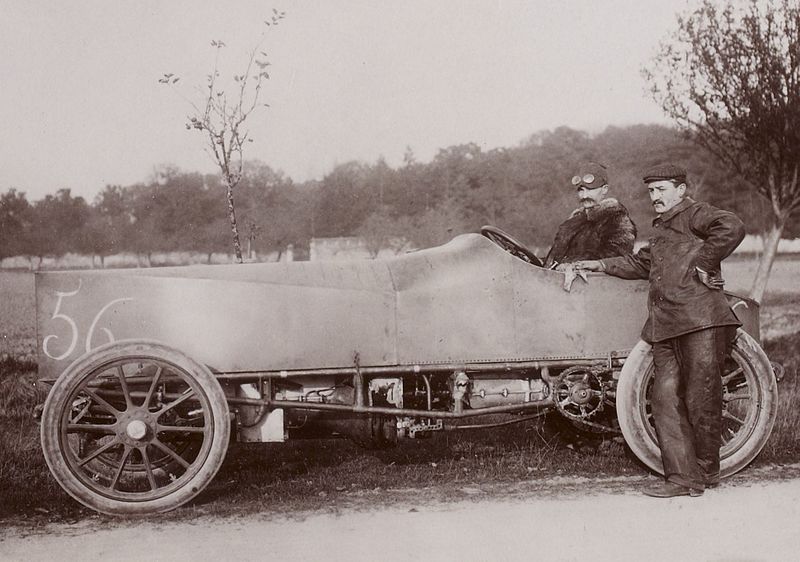 A day in the history of evolutionary biology: on July 21, 1925, in the “Monkey Trial” in Dayton, Tennessee, John Scopes was convicted of teaching evolution in a high-school biology class. He was fined $100, though the conviction was later overturned because the judge rather than the jury levied the fine. Another speed record was set on this day in 1925: Malcolm Campbell, driving at Pendine Sands in Wales, became the first man to exceed 150 mp in a vehicle on land. His car was a Sunbeam 350HP, and here he is with the car: 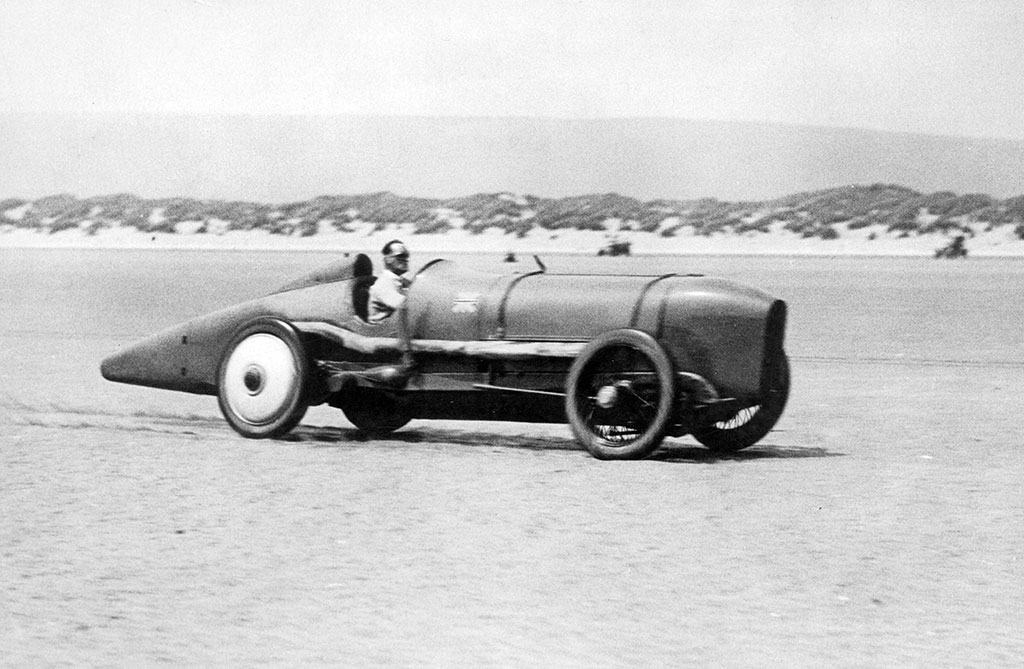 On this day in 1944, shortly after the unsuccessful attempt to assassinate Hitler, Claus von Stauffenberg and his co-conspirators were executed by a firing squad in Berlin. You can see a re-enactment of the execution from the movie “Valkyrie” here.

And if you count Greenwich mean time (now UTC), today was the day on which Neil Armstrong became the first person on the moon (it was viewed the evening of July 20 in the US). Here’s a relevant tweet:

49 years ago tonight, these 3 gave me the confidence to try and turn myself into an astronaut. Eternal thanks. pic.twitter.com/FY5sfPzaDW

On Juy 21, 1983, the world’s lowest recorded temperature in an inhabited spot was marked at Vostok Station, Antarctica. It was a cool −89.2 °C, or −128.6 °F. Finally, on this day in 2012, the Turkish-American Erden Eruç finished the world’s first the first solo human-powered circumnavigation of the world. It took him, using bicyles, rowboats, and his feet, 5 years, 11 days, 12 hours, and 22 minutes. Read about it at the link to his name.

Meanwhile in Dobrzyn, Hili is doing ornithology, which in this case is NOT useful to birds:

Hili: Notice the astonishing feathers of this bird.
A: This is a little ringed plover.
Hili: I haven’t eaten one yet. 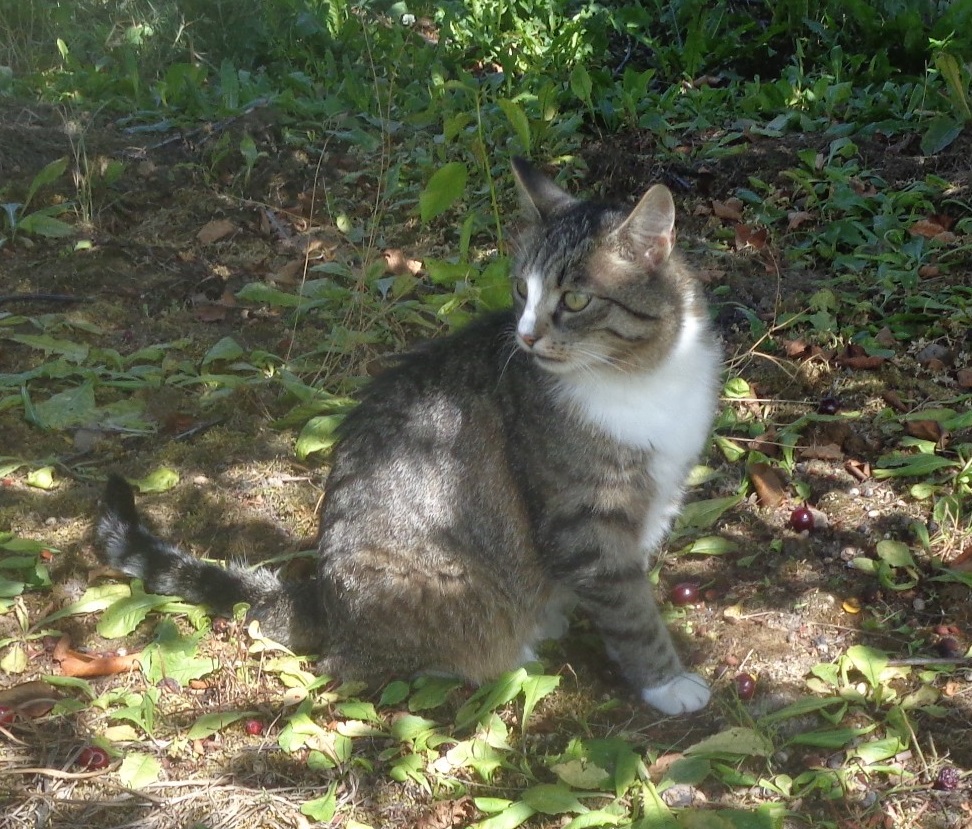 Catsitting for a bud and this angry little land bat won’t stop SHOUTING AT ME pic.twitter.com/DA4uV6wzCX

And some tweets from Grania. A thirsty frog takes a bath:

This is indeed true; see the tweet right below it to find out how the trolling was done:

Hahahaha…man, type in the word "idiot" and check the results of google image search. This is hilarious…. pic.twitter.com/KRjnHf8YPg

If you want to read how this trolling was done, go here.

Another miracle of Jebus:

I know the song is from “Saturday Night Fever”, but I’m not familiar with “Blackadder”:

Well you can tell by the way I use my walk I’m a turnip man
I go well with pork
…via @JimMFelton pic.twitter.com/Le5tq0Lbkt

Tweets from Matthew, and I HIGHLY recommend you read the thread:

Holy shit. This is the BEST THREAD.

I had no idea how much I needed monthly Naughty/Good penguin rankings in my life.

So. Y'all remember this picture, right? It's adorable, charing and all over the shop since it first appeared in June last year. Well, there's more. Thing is, the National Aquarium of New Zealand has done it, as advertised, EVERY MONTH since then and, folks, it's a ride. Strap in. pic.twitter.com/FgQ7NBpGUB

Amazingly, Utrecht has torn down freeways to make waterways. Have a gander:

Utrecht in 2009 from google street view and my photo from last week pic.twitter.com/sCvYgwnXo6

And a video about the restoration of canals:

https://t.co/MEI3EDv0Ep This video is about that proces.

Bette Davis with a hawk. #BetteDaviswithahawk

I’m not sure I’d have believed this was an image from a telescope, not a spaceprobe. Glorious! https://t.co/7NDJmsEm8H

A giant ammonite. Matthew says: “Go to Paris and see this.” It’s in the Natural History Museum, of course.

Ceci n’est pas un chien. What animal is this below? Go to the link to find out.

Looks can be deceiving. https://t.co/WJvlaVcCyo

I’m not sure what the collective noun for a group of ticks is but these cakes by @BambiraptorDT to celebrate the birthdays of our two tick researchers @HenryLydecker and Casey at today’s lab meeting were spectacular. pic.twitter.com/5OJJAb3eVj

Matthew is somewhat of a socialist, and calls these items to our attention: