Reader James Petts sent photos of deer, young and mature. His notes are indented. “Whitey” refers to a leucistic deer that has, mirabile dictu, survived being hunted for several years.

The location is Freeland, WA, on the west coast of Whidbey Island. It is adjacent to Admiralty Inlet, the main N/S body of Puget Sound. Columbian Black-Tailed Deer [Odocoileus hemionus columbianus] are common in this area.  The house is part of a community HOA, and everyone appreciates having the deer around. I have also attached a picture of a young buck in velvet.

I love the expressions and determination of these little guys. 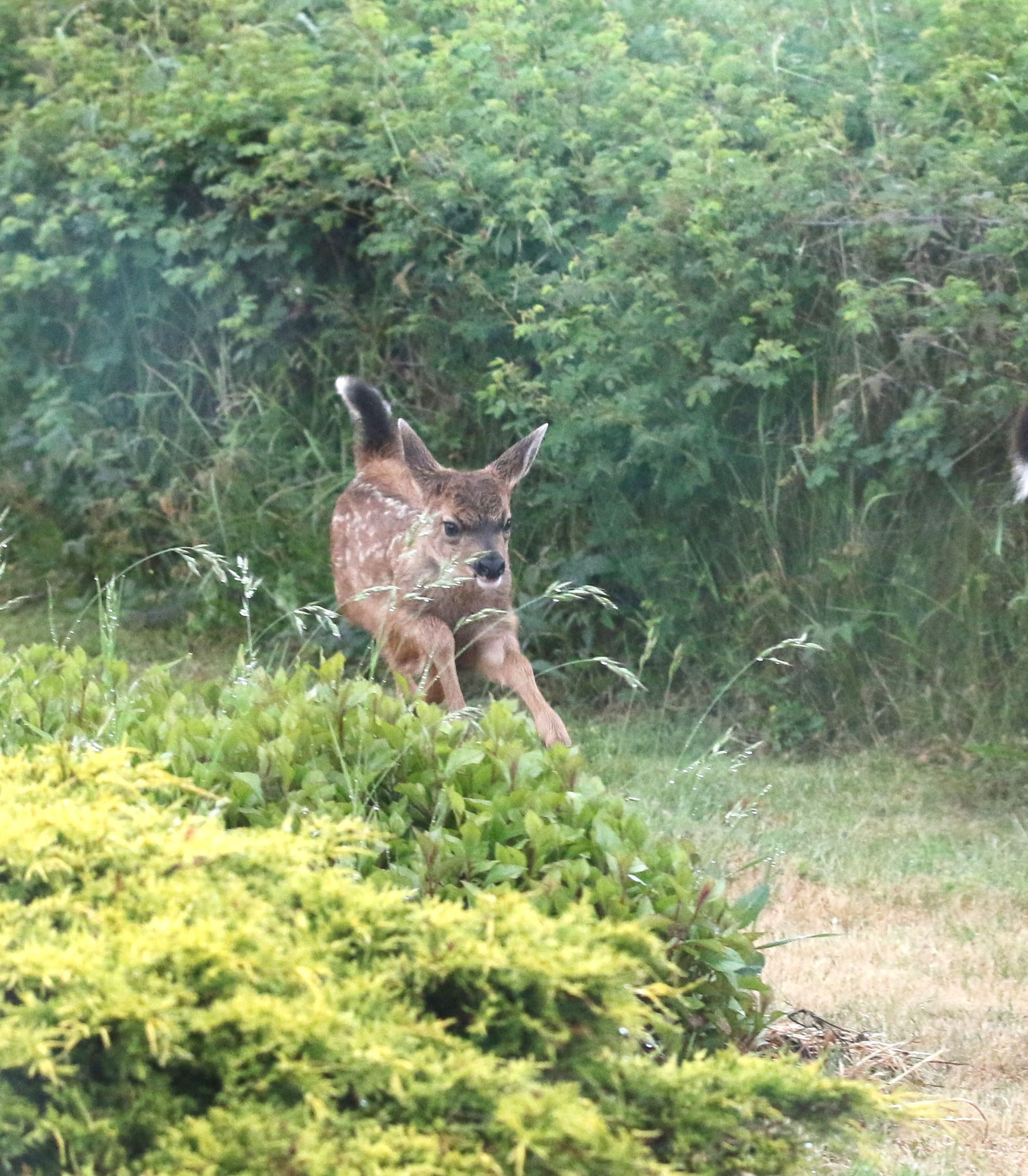 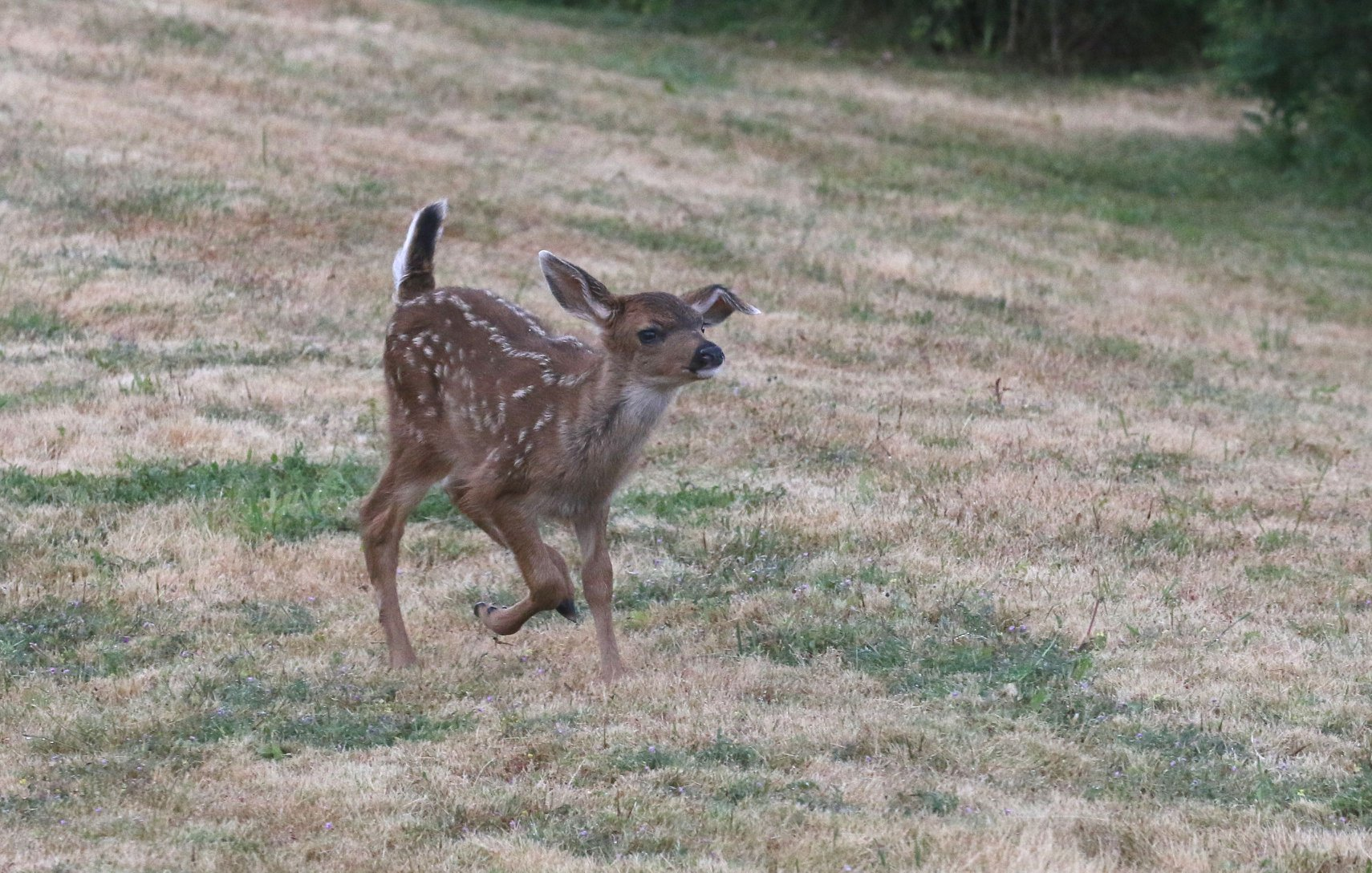 There is a short video of them playing around on Ripley’s FB page.You can see a couple of bunbuns in the background, so this is like a double Bambi/Thumper clip…[JAC: Click on screenshot to see the video of gamboling fawns. I believe Ripley is the contributor’s cat.] 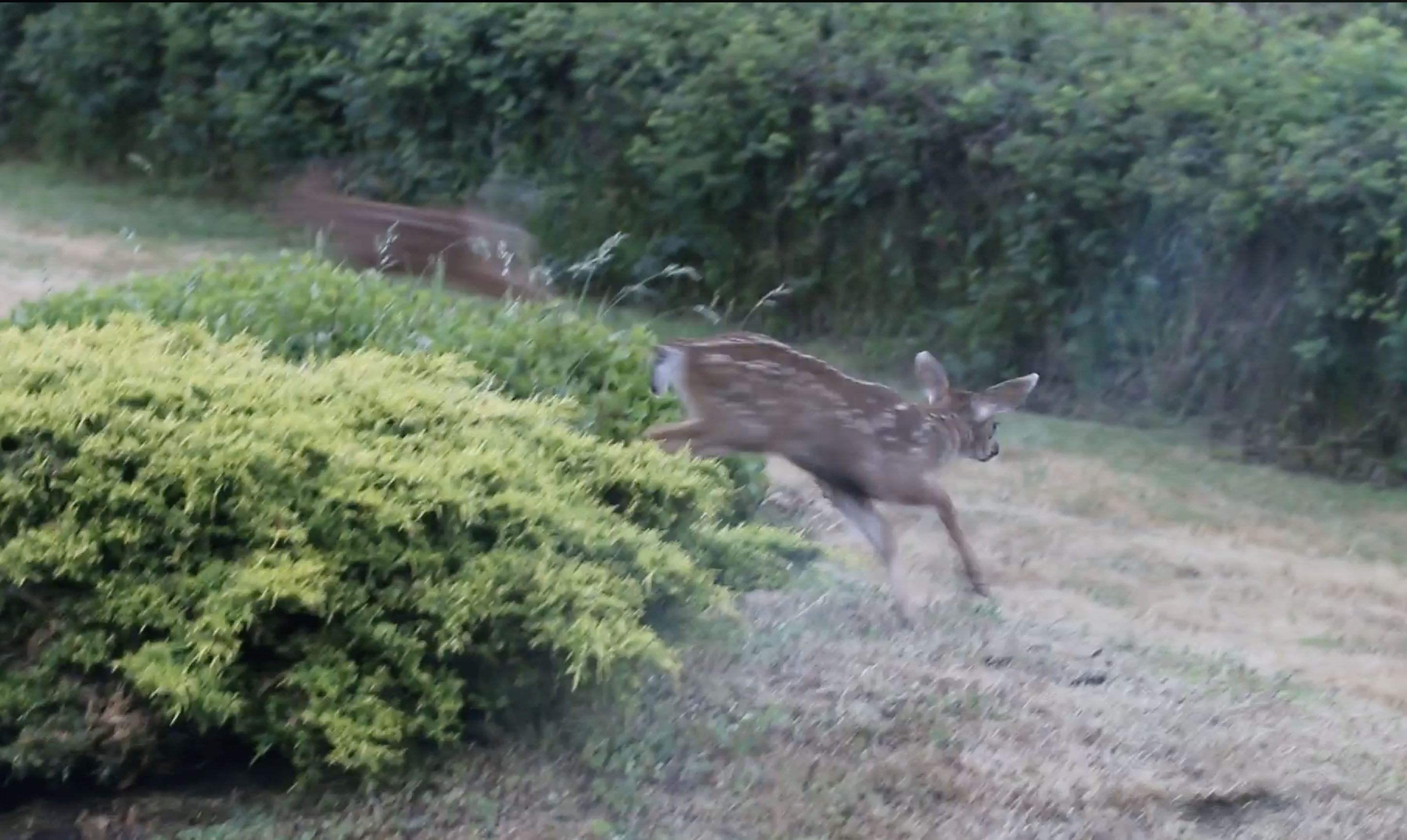 Whitey was born in May 2016 and has been a constant visitor to our yard since then. [JAC: James says that Whitey appears pregnant in this photo but the fawns above are not hers.] 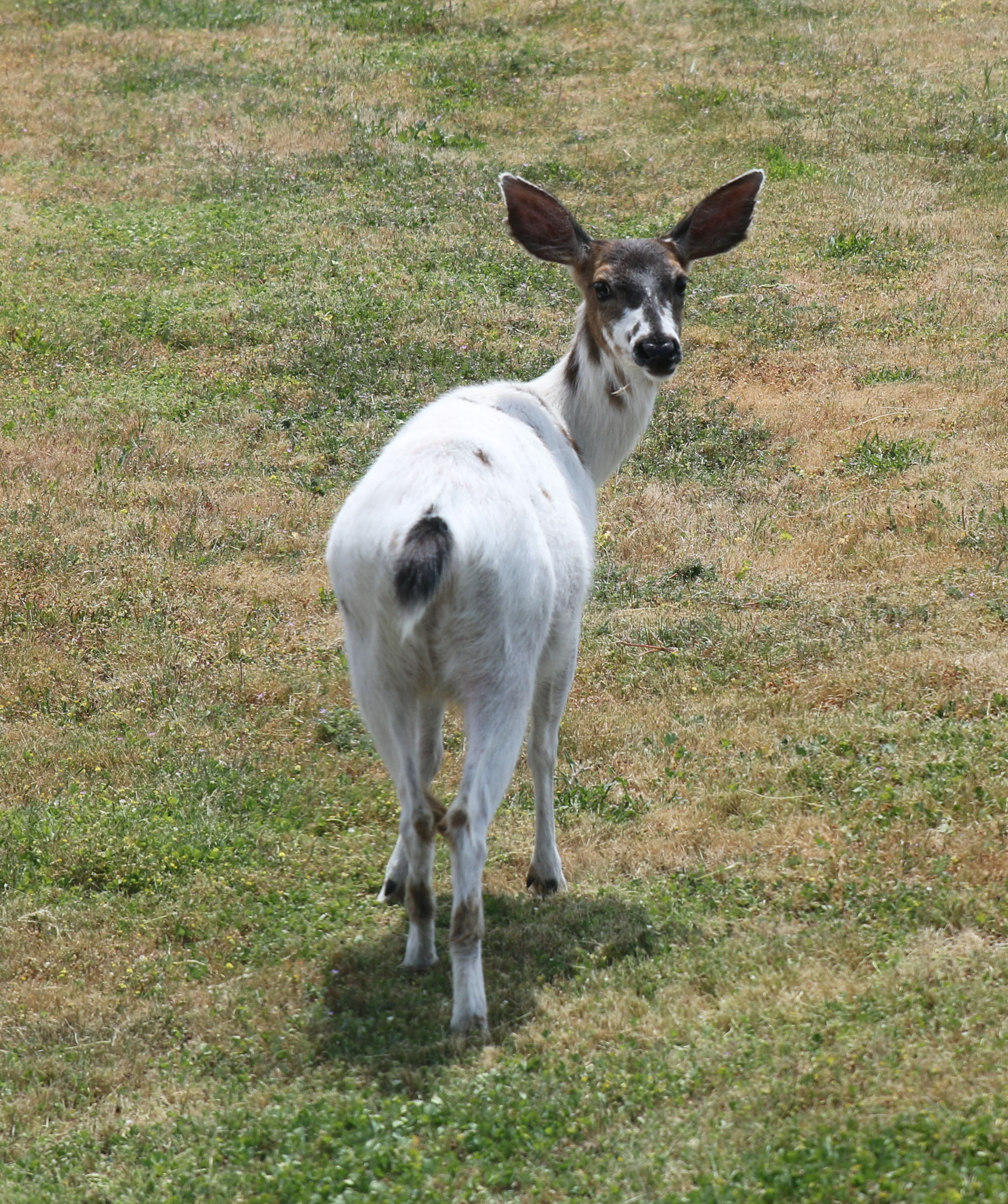 I’m not sure how old the buck is – I think he is two, but can’t say for sure. The picture was taken through a window screen and was a little blurred, but I have sharpened it up a touch. 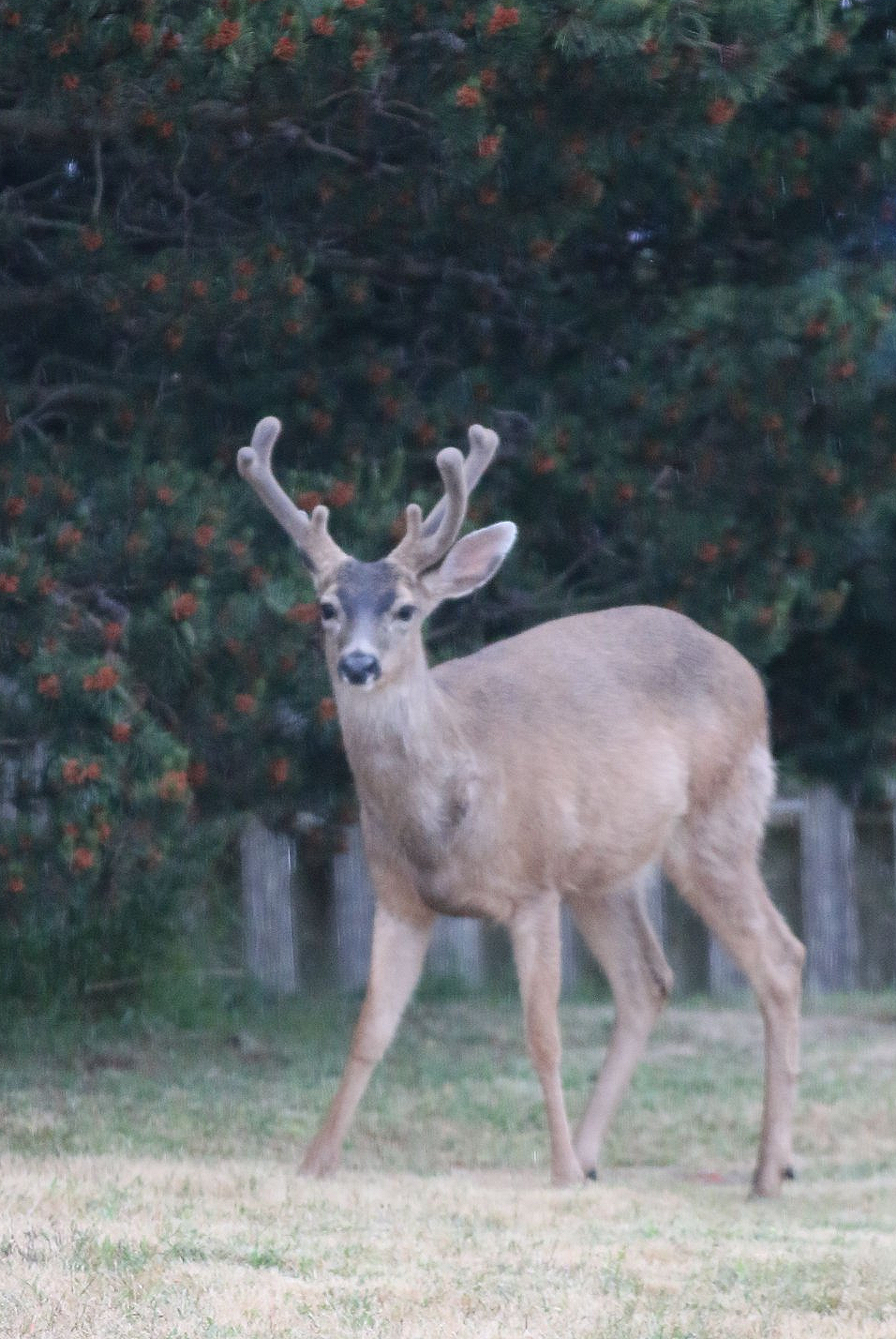 Reader Bob Felton sent a lovely amphibian, but I lost the email with the species ID. Readers: can you tell us what this is? 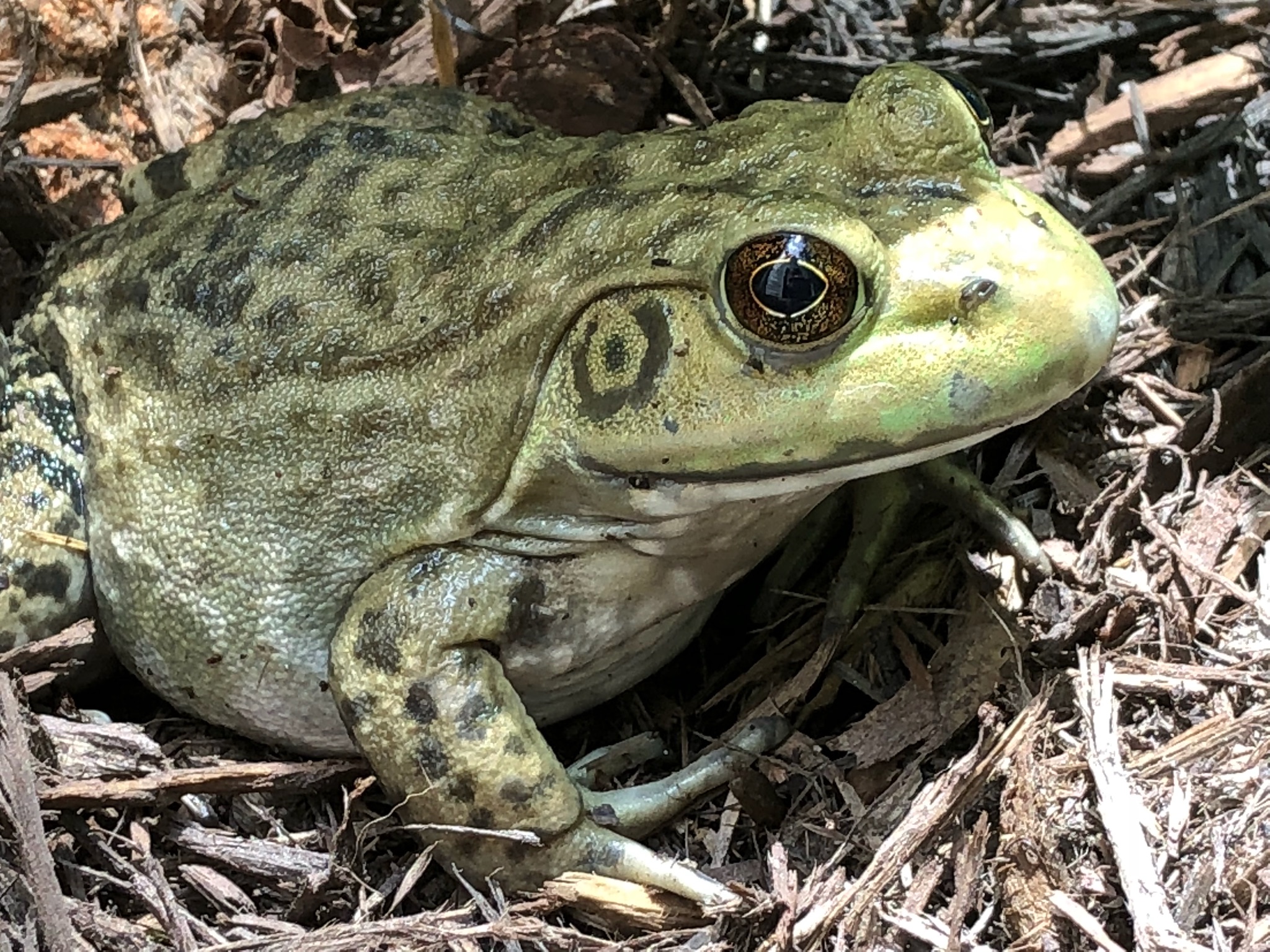