It’s Saturday, my Day of Rest: June 16, 2018, and National Fudge Day. And in Sussex it’s Sussex Day. And of course it’s Bloomsday; see below. The weather will be HOT for the next three days in Chicago, with high temperatures exceeding 94°F (34°C) each day.

But I’m totally bummed that I’m missing the World Cup. I don’t have cable, and the only way to see it is to go downtown early in the morning and watch it at a bar. Who wants a beer at 6 a.m.? Here are yesterday’s (and today’s) results, with France vs. Australia having 21 minutes to go as I write. 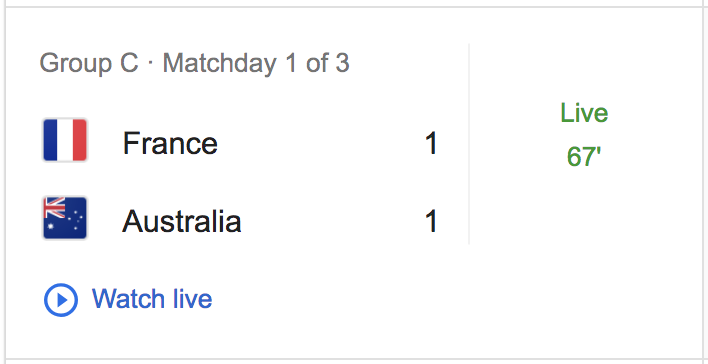 Ronaldo scored a hat trick for Portugal, denying Spain a win, and you can see the highlights here. (With 84 international goals, Ronaldo just tied that record for a European player.) I don’t want any damn highlights; I want to watch the games. Readers who can help are welcome. Sigh. Over in Manchester, Matthew is happily watching all the games.

Watch these Spain/Portugal highlights soon, as FIFA will force the video to be taken down:

On this day in 1858, Abraham Lincoln delivered his famous House Divided speech in Springfield, Illinois. Although it didn’t gain him the Senate seat for which he was running, he was prescient about the coming conflict:

A house divided against itself, cannot stand. I believe this government cannot endure, permanently, half slave and half free. I do not expect the Union to be dissolved — I do not expect the house to fall — but I do expect it will cease to be divided. It will become all one thing or all the other. Either the opponents of slavery will arrest the further spread of it, and place it where the public mind shall rest in the belief that it is in the course of ultimate extinction; or its advocates will push it forward, till it shall become lawful in all the States, old as well as new — North as well as South.

On this day in 1903, the Ford Motor Company was incorporated. And of course, on June 16, 1904, James Joyce began his relationship with Nora Barnacle, who became his wife, and he commemorated that day by setting the entire novel of Ulysses in Dublin on that very day. On this day in 1944, George Junius Stinney, Jr. became the youngest person executed in the U.S. in the 20th century. He was black, of course, the trial was in South Carolina, and it was basically over in a day: guilty of murder. Stinney was executed at age 14. Read the horrible details at the link. On June 16, 1961, Rudolf Nureyev defected from the Soviet Union during a gig in Paris.  Exactly two years later, during the Vostok 6 mission, Cosmonaut Valentina Tereshkova became the first woman in space. Finally, on this day in 2010, Bhutan became the first country in the world to totally ban tobacco.

Notables born on Bloomsday include Adam Smith (1723), Geronimo (1829), Stan Laurel (1890), Barbara McClintock and George Gaylord Simpson (both 1902; McClintock was a Nobel Laureate in Biology and Simpson one of the greatest paleobiologists of the last century), ecologist Archie Carr (1909), Katherine Graham and Irving Penn (both 1917), Joyce Carol Oates (1938; she’s 80 today), and Tupac Shakur (1971).

Not many notables died on this day; those who expired include Wernher von Braun (1977) and Helmut Kohl (last year).

Meanwhile in Dobrzyn, Hili is doing a cold reading:

A: What are you doing?
Hili: I’m reading a mind.
A: Whose mind?
The one of that mouse sitting in the burrow.

From reader Paul, we have a kitten who wants to be a bridesmaid:

From reader Gethyn, a bad pun but still funny:

From Grania: Princess Anne describes a failed attempt to kidnap her in 1974.

Princess Anne talking about her 1974 kidnap attempt is peak 💅

Matthew’s tweets. This first one is a doozy! (What species is that woodpecker?)

Two kids awed by Ronaldo before his game against Spain:

A striking visualization of the amount of water on the planet, though I don’t know the dimensions of those drops (the “all water” one looks pretty small):

From big to small:

Water really is a rare commodity…

Hamster on the loose!

My sister’s hamster escaped from it’s cage 3 nights in a row so I decided to finally make use of my Xmas-present camera trap and I’ve got to say the results make the whole thing worth while 🐹 #hamster #cameratrap pic.twitter.com/XVjZjKdrdt

Matthew tweeted part of an unhinged letter he got from a flat-Earther:

I get mail (it continues like this for several pages)… pic.twitter.com/TBif0yxyLS

Some lovely video from the BBC Springwatch:

This is the most relaxing thing we've seen all week! 💙 🐬#Springwatch pic.twitter.com/WlEUgE3iMs

Are those capybaras or buses? The caption is clever.

You wait ages for one and then three come along at once… pic.twitter.com/MMx95K5CVo