Photographer BriAnne Wills has a site called “Girls and their Cats” (GATC); she’s described as “a Brooklyn-based fashion photographer who moved to New York in September 2014 with her husband and two rescue cats.” and the site is “a photo series created by BriAnne as a way to showcase cat-owning women in a positive light. She’s photographed over 200 women so far.” There’s a summary of photos at her site but also at a WordPress site. Here are a few choice images with descriptions; click on the name to see more.

There are a lot more at the GATC site.

This is a lovely story from The Dodo (click on screenshot to go there):

Stevie, a blind five-year-old cat, was picked up from the streets of Richmond Virginia and taken to a shelter.  He was wary and didn’t trust anyone. 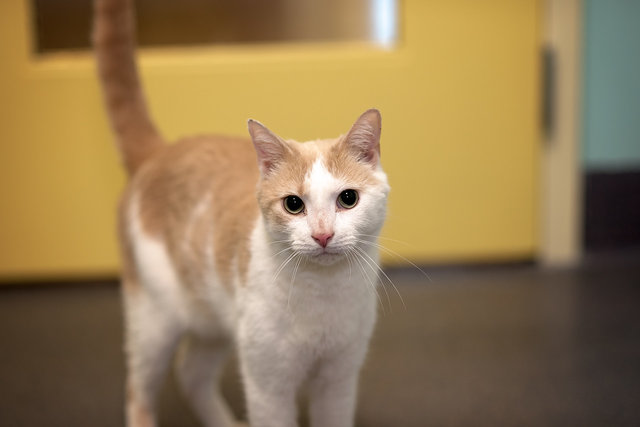 Transferred to a group living area, Stevie met Price McIntyre, a 19-year-old shelter volunteer, who decided to try to make the blind cat more comfortable around humans; he’d do that by reading Harry Potter to Stevie. Price would go to the shelter and read to the cat for several hours every day.  At first Stevie was wary, but over time he warmed up, and then became a loving lap-sitter: 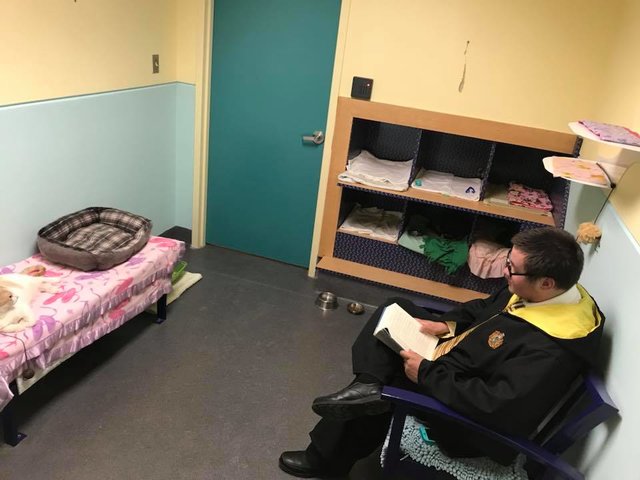 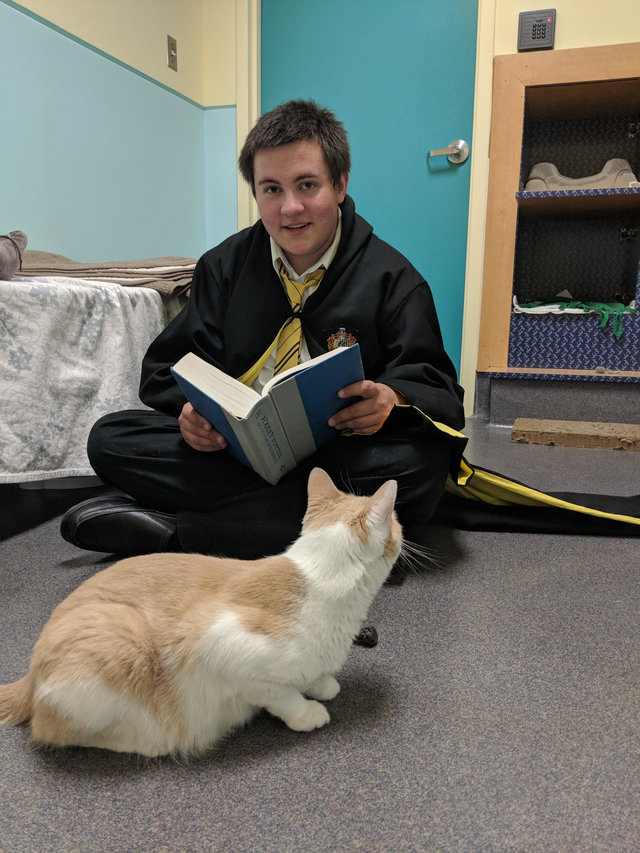 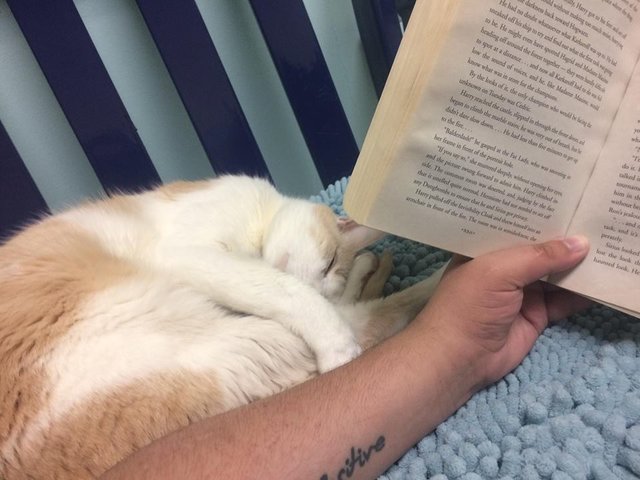 And a happy ending:

Since he’s become so close with Stevie, McIntyre is hoping to be able to adopt him in the near future.

. . . “As soon as I get the green light from my mother, I’m marching there and adopting him,” McIntyre said.

“He lets me pet him now and kiss his head, and he’s become such a sweetheart,” McIntyre said. “It took a while, but it’s worth it.”

Finally, two new issues of Simon’s Cat. The first is a Simon’s Cat Logic video, which has information about how to find a missing cat (imparted by Nicky Trevarrow of Cats Protection) and Simon Tofield’s own story about how he recovered his lost cat. 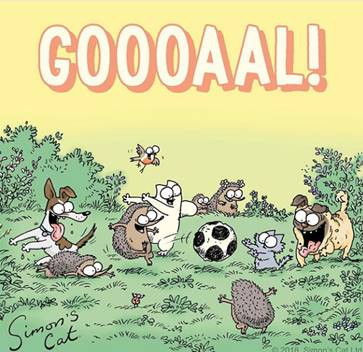