It’s a hump day: Wednesday, June 13, 2018, and it’s “National Cupcake Lover’s Day“, but the placement of the apostrophe implies that there is only one cupcake lover, and this is his/her day. Either ditch the apostrophe or put it after the “s”!

It is one of those days when I arrive at work having no idea what I’ll write about on this site. Posting may be light, but, like Maru, I do my best.

The biggest news after the Trump/Kim Jon-un debacle is the ascent of a 20-odd story building in St. Paul, Minnesota by an errant raccoon. It took the creature nearly a day to make it to the top, and much of the climbing was on sheer vertical walls. Mr. Procyon lotor rested on ledges from time to time, and was still ascending when I went to bed.  And then there were reports that it was trying to climb down. I thought it was a goner for sure! But it’s okay! The report from the link below:

A raccoon who scaled the UBS tower in Minnesota with death-defying nerve has made it safely to the top of the building after close to 20 nail-biting hours for internet viewers worldwide.

The animal was originally spotted on the roof of a nearby office block and was safely removed by maintenance workers. But rather than find safety elsewhere, it jumped over to the UBS tower, one of the largest skyscrapers in the city, where it scaled the building all day – moving up, down and sometimes sideways.

MPR News, the local public radio station, helped break the story and since then the world has been following the plight of the raccoon on the hashtag #MPRraccoon.

Matthew was also gripped by this story, but I’m happy to report that as of this morning, the creature made it to the top (see below), and is being rescued, hopefully given food and water immediately, and then relocated to a place without skyscrapers. You can read the full story at the Guardian.

Now this is free climbing!:

My picture from the 13th floor around noon. Hope he makes it down OK! #mprraccoon pic.twitter.com/gfVWysn9iO

the #mprracoon making it to the roof straight in at no 5 happiest moments of my life https://t.co/6QekTezNAU

UPDATE: The raccoon has been trapped and will be located to a less dangerous place!:

Snippets of good news: #mprraccoon finished climbing to the roof overnight, & was successfully lured by kibble into a trap to get human-assistance for the trip back down.

This is one of those days when not much happened in the world. On June 13, 1525, Martin Luther, defying the Catholic rule that priests and nuns must be celibate, married Katharina von Bora. She had been a nun, had six children with Luther (two died young) and also raised four orphans. As Wikipedia notes, “The marriage of Katharina von Bora to Martin Luther was extremely important to the development of the Protestant Church, specifically in regards to its stance on marriage and the roles each spouse should concern themselves with.”  On this day in 1966, over four centuries later, the U.S. Supreme court ruled in Miranda v. Arizona that suspects could not be questioned until they’d been informed of their rights. Exactly one year later, Lyndon Johnson nominated Thurgood Marshall to be the first black justice on the U.S. Supreme Court. Four years after that, the New York Times began publishing the Pentagon Papers. Leaked by Daniel Ellsberg, they went a long way to turning America against the Vietnam War, by showing that the U.S. government had lied systematically to the public. Finally, exactly 18 years ago, the first North Korea-South Korea summit took place, with Kim Dae-jung, President of South Korea, meeting Kim Jong-il in Pyongyang. I doubt anything came out of it; perhaps there were some family visits allowed.

In honor of Johnson’s birthday, here’s my favorite scene of his, which I’ve put up before. It’s from my very favorite American movie, “The Last Picture Show“. Johnson, playing Sam the Lion, a tiny Texas oil town’s small-time entrepreneur (he owns the pool hall, movie theater, and cafe), tells his young friend Sonny (played by Timothy Bottoms), about his young but intense love for a married woman.  It’s very sad but so realistic and true. (The woman was Ellen Burstyn, playing Lois Farrow, who was unhappily married to an oilman).

This may be my most favorite scene in all American movies:

Meanwhile in Dobrzyn, Hili makes a reference that I asked Malgorzata to explain, “About ‘Neither Marx nor Jesus’: there is a book by a French philosopher, Jean-Francois Revel, ‘Ni Marx ni Jesus’, which was translated into quite a few languages. In English the title was ‘Without Marx or Jesus’, but in Swedish, ‘Neither… nor. . .” It was better for this dialogue to use the translation done by a Swedish translator..”

Hili: Neither Marx nor Jesus.
A: What then?
Hili: Mice. 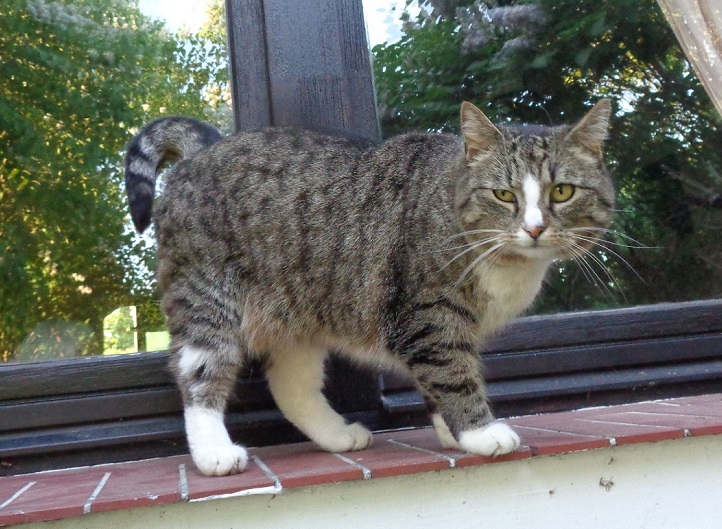 And up in Winnipeg, Gus is straining at the leash. He got it tangled around a pot and became frustrated after unsuccessfully trying to get free. 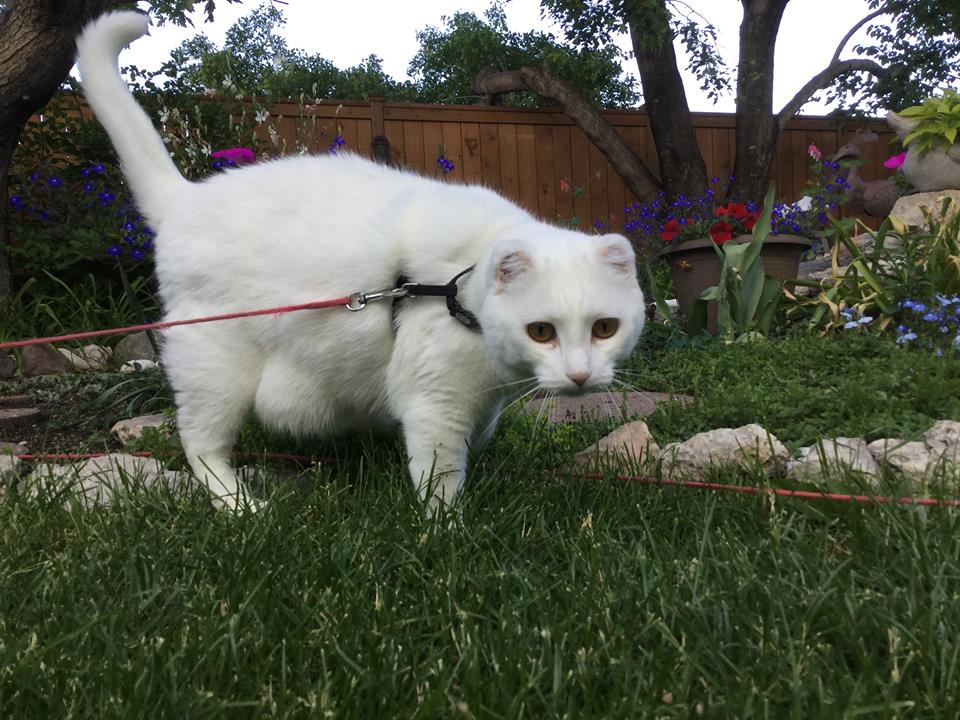 Reader Barry notes that although this tiger looks as if it were going for a kill, the “kill” isn’t what it seems:

From Grania, “He jump”. Indeed he does!

Matthew sent a few biology tweets. Be sure to watch the transformation:

Amazing transformation. A larva metamorphoses into a baby starfish just 0.2mm in diameter and changes from bilateral to radial symmetry on its journey from the sea surface plankton to the seabed. pic.twitter.com/z4lGMGRP69

I’m sure I’ve posted this before, but the camouflage is stunning:

An octopus can disguise itself using colour-changing cells called chromatophores!

A bee with light-blue legs, apparently from Thailand:

A lovely day on Mars!

And a plethora of fireflies:

Fireflies at the LeQuire Cemetery in #CadesCove. i stood there and said i can't believe what i'm seeing about 20 times. it's like watching a miracle. not a photoshop trick.. 90 seconds worth of fireflies in this shot. crazy!
June 11, 2018#GSMNP #Summer #ThePhotoHour pic.twitter.com/up2Grcufgt

Ignore the troll attack and look at the hilarious Muybridge cat photos!

Why Muybridge's pioneering work in photographic studies of motion did not include cats. pic.twitter.com/ytnz0orgJC

Duck parade! The chicken is at the bottom of the class.

Lagniappe: if you need a present for someone, reader Pliny the in Between offers The Official Trump Chess Set: 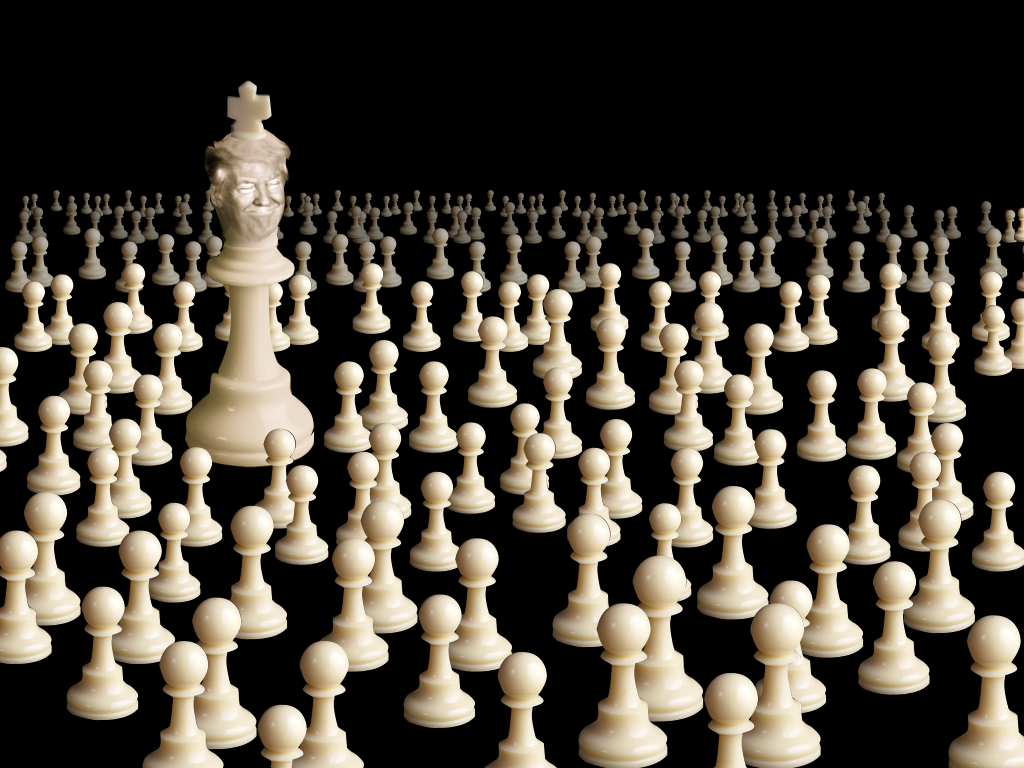