Who is Prince Edward, you might ask? Well, he’s the youngest of Queen Elizabeth’s four children (remember? the woman who rules over the UK, Canada, Australia, and New Zealand), and now tenth in line to succeed to the throne. Well, he’ll never make it, and any more children of the two older brothers will push him down even further.

But he has one thing over the other Royals: he wears CAT TIES. And he even wore won at the wedding of Prince Harry and Meghan Markle. According to Town and Country,  “A historical review of photos shows that Queen Elizabeth’s youngest child has always had a thing for feline-themed ties though. Below, take a look for yourself.”

At the latest royal wedding with his wife Sophie (Countess of Essex): 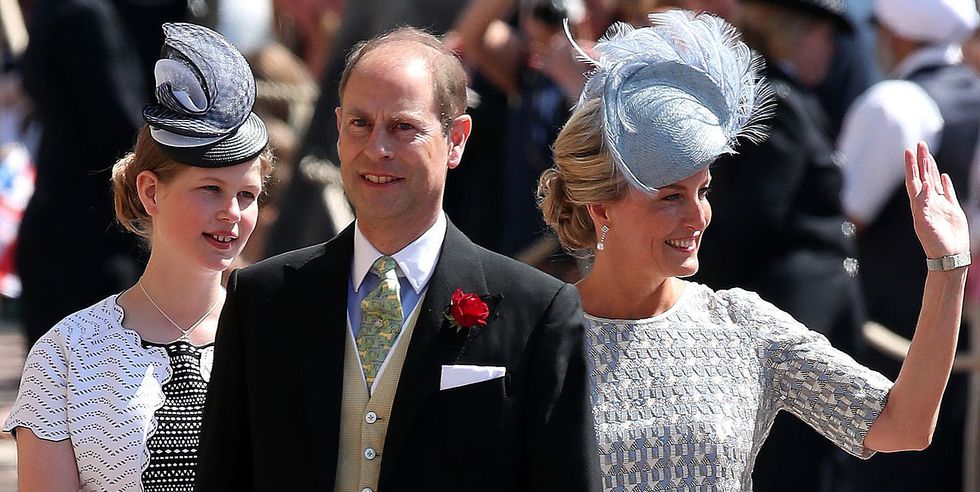 At a garden party at Buckingham Palace on May 16 of last year: 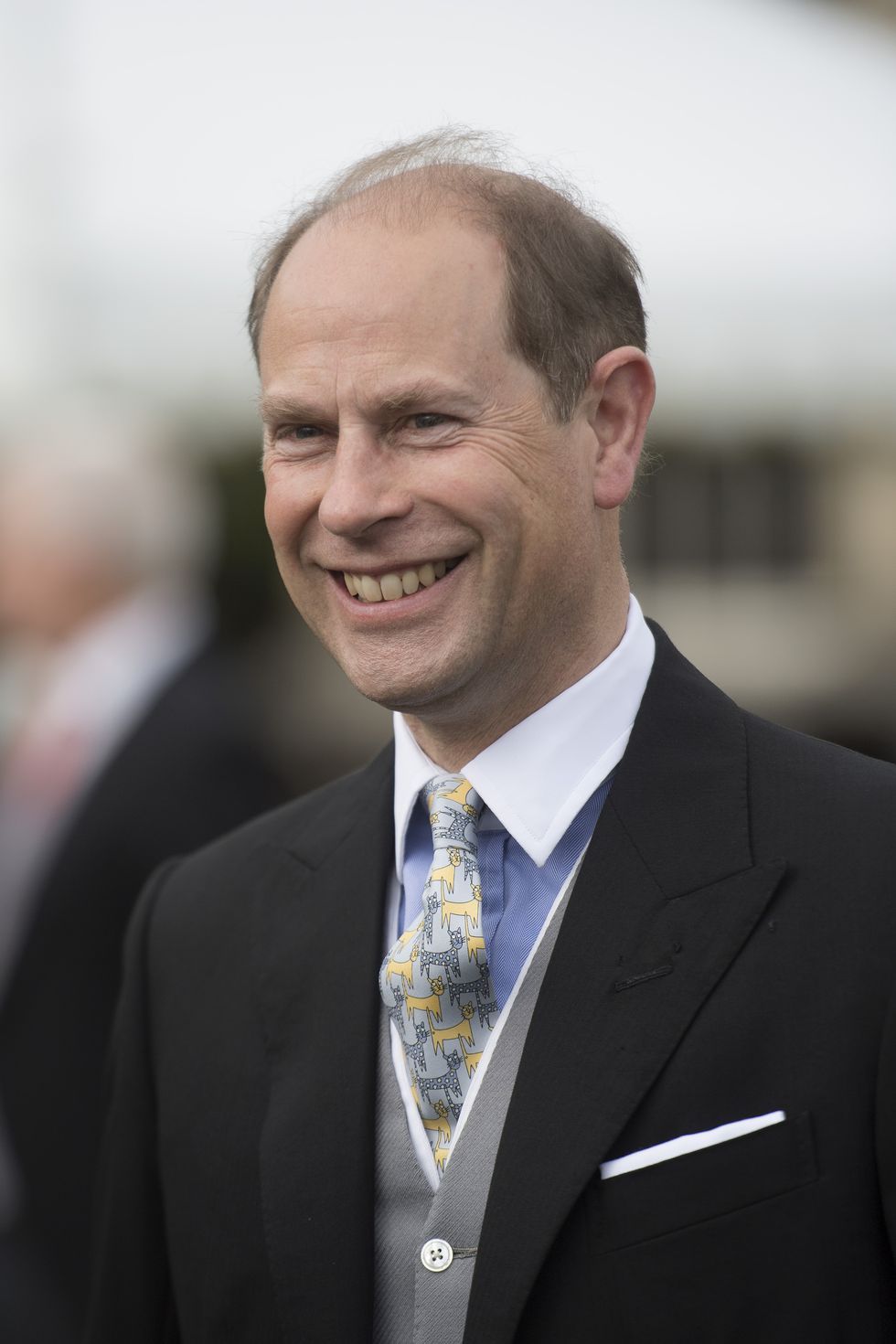 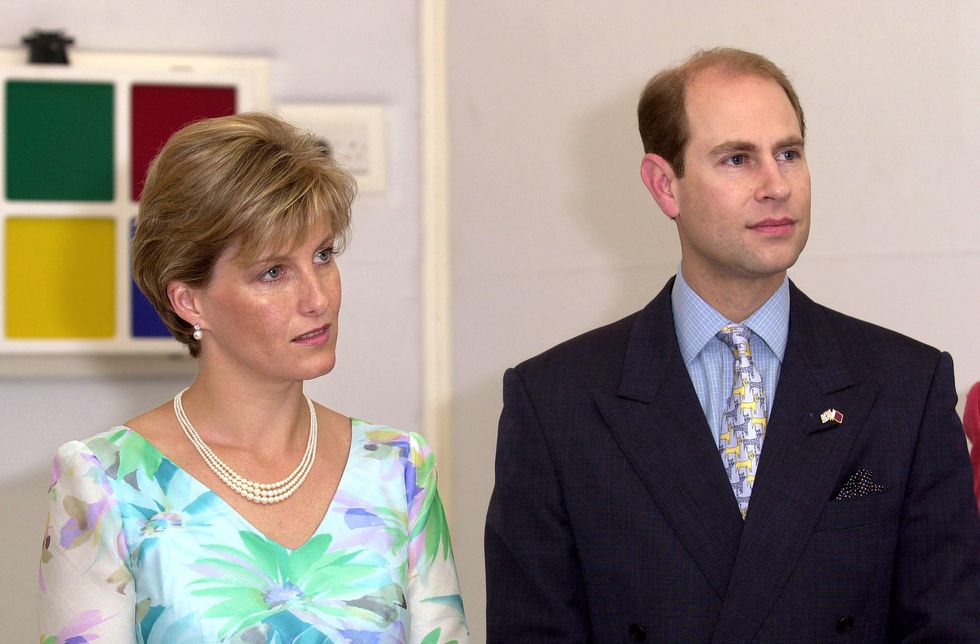 On his own wedding day, June 19, 1999, at Windsor Castle with Prince Charles and Prince Andrew: 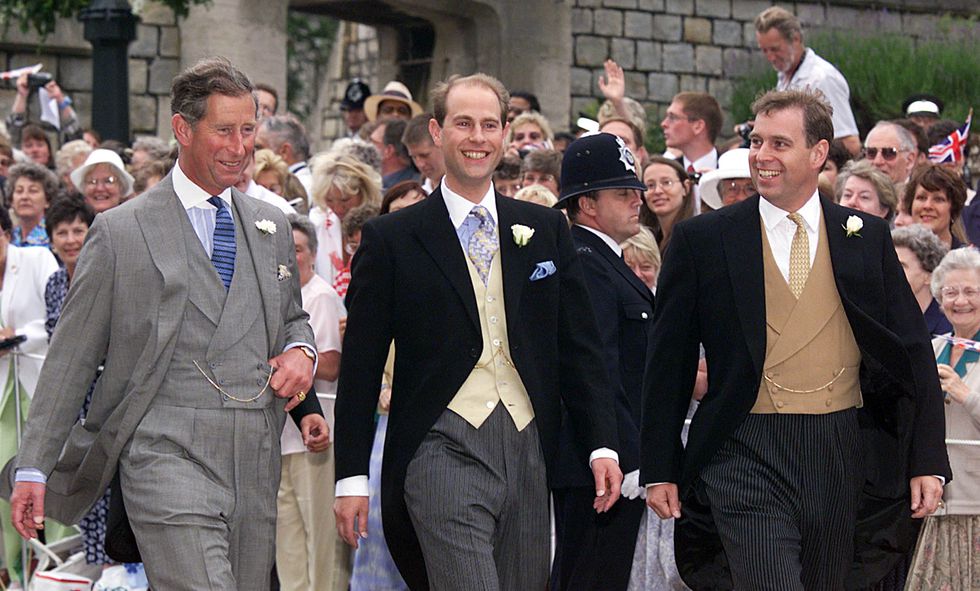 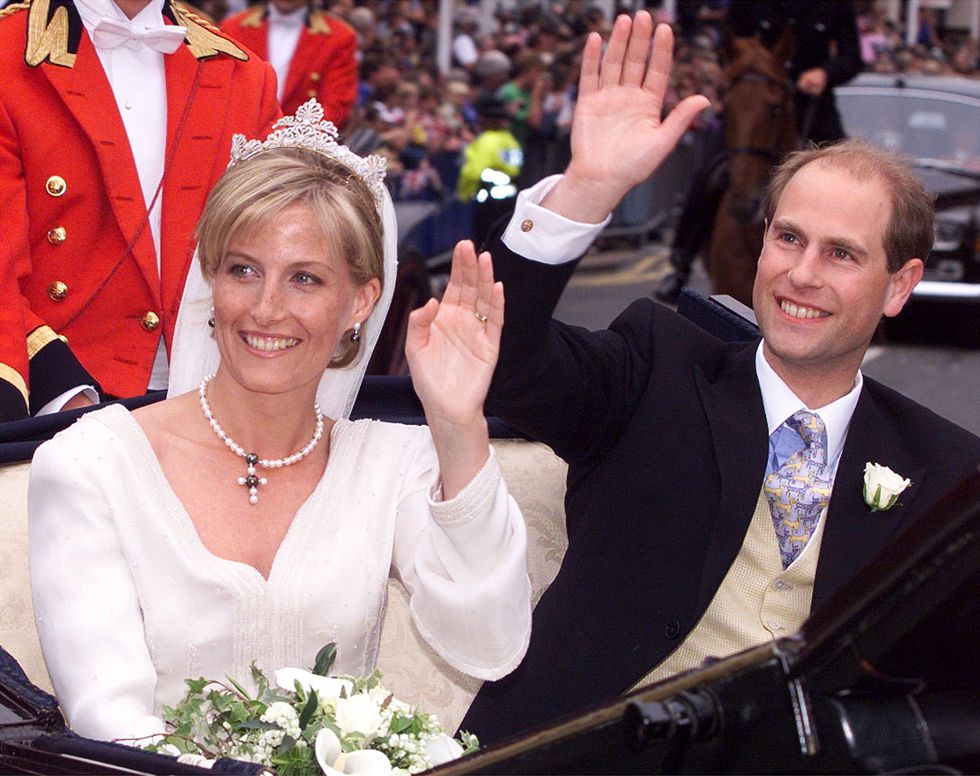 The thing is, he seems to have only two cat ties, or two kinds of cat ties. Could his family and friends please give him some new cat ties?

This cat was accidentally on the roof of a car when the driver took off, going 60 miles per hour down the highway in Omaha, Nebraska. A kindly woman called the driver’s attention to the cat:

But of course you’re wondering if the cat was all right. Well, according to Vice, it was:

The minivan slowed down, veered off to the side of the highway, and disappeared behind them, taking the uncertain fate of the daredevil feline with it.

But on Thursday, ABC affiliate KET7 managed to track down the cat’s owners, and discovered that—miraculously—the cat, aptly named Rebel, was still alive. And he hadn’t even gotten injured. Michelle Criger, the Rebel’s owner, told KET7 she had no idea that he had been surfing on top of their van. Apparently the cat likes to hang out around the car, and Criger knows to look under the van and inside of it before she drives anywhere. But she didn’t think to check on top of it—until the Rankins flagged her down.

“When I got him off the roof of the van, he wasn’t scared at all,” Criger told KET7. “He wasn’t shaking, heart racing, nothing. We were more scared than him.”

Here he is; his name is Rebel:

🙀 This is “Rebel,” the curious cat going viral for riding on top of a van at 60 mph down an Interstate in Omaha without owner knowing. He was not hurt & van belongs to owner. #catonvan #rebelthecat 😻
Live update: https://t.co/XIOXodWbBM @KETV reports: https://t.co/0SIQb6eQ4s pic.twitter.com/67u8IRCL2h

And so Rebel the cat lives on, presumably, as his name suggests, gearing up for his next death-defying feat of bravery. Maybe he’ll graduate from hitchhiking and move on to scaling very tall telephone poles, or perhaps, feeling bit by the travel bug, he’ll try to make his next getaway via plane. And why not? He’s still got eight lives left.

🐱UPDATE: “Rebel,” yes, that’s the curious cat’s name, had no injuries, and as many may have hoped, the van belonged to his owner. So he’s back home and back to being rebellious. 😸 #catonvan #ketvcat #iskittyok #rebelthecat pic.twitter.com/hYMKYSeiRe