I have both domestic and foreign wildlife photos from reader Joe Dickinson, but let’s look at some pictures from his recent trip to Australia and New Zealand. His notes are indented.

Here is a first installment from my recent trip to Australia and New Zealand.  One of the most remarkable wildlife sightings I’ve ever experienced was in Cairns, our first stop.  Right in the heart of the city there are many city blocks lined with trees in which roost fruit bats (the spectacled flying fox, Pteropus conspicullatus) numbering in the thousands—maybe tens of thousands.  The first shot shows part of one tree.  Now extrapolate to six or eight such trees on each side of a block and perhaps 15-20 similar blocks .  Simply amazing. 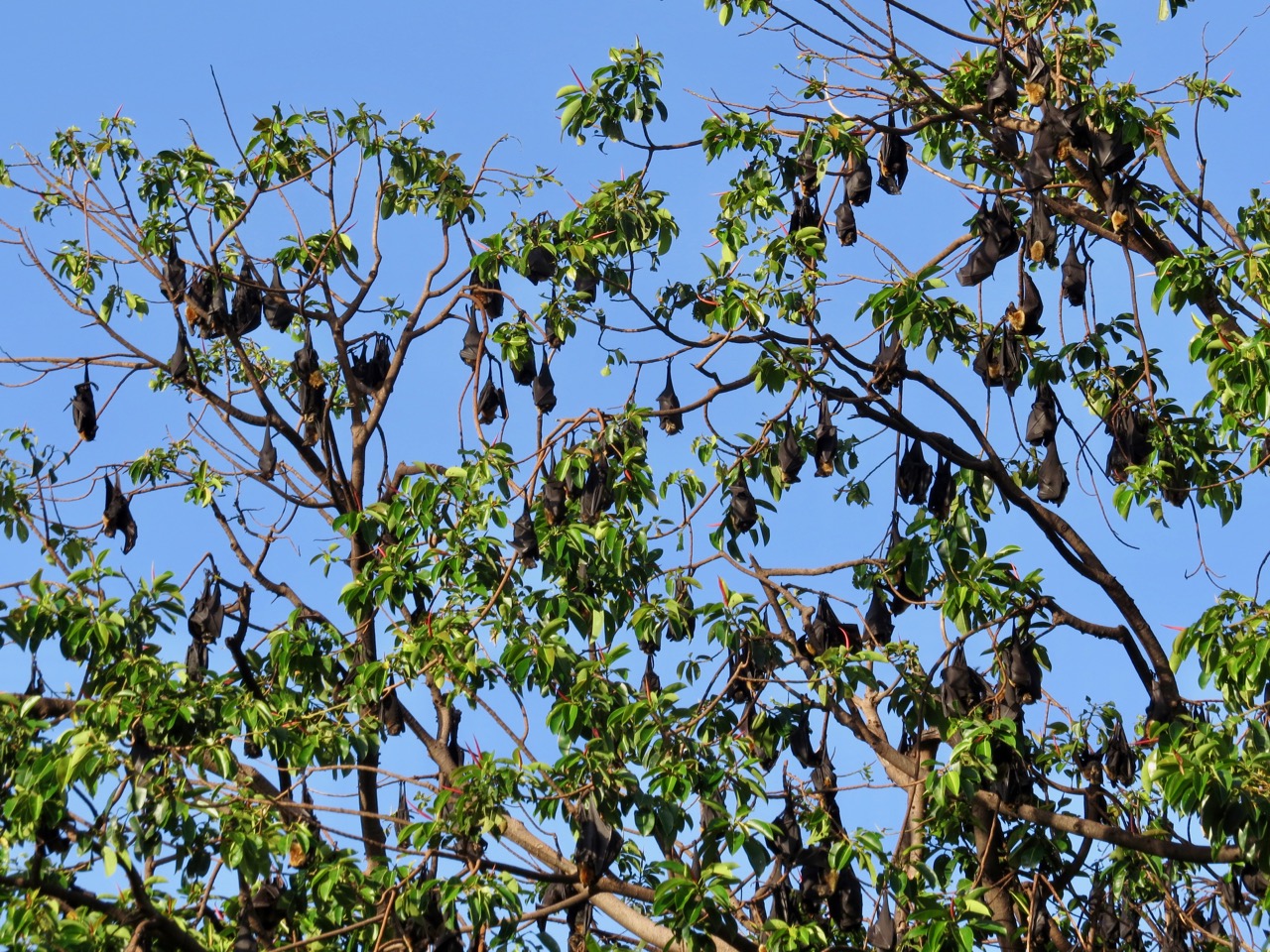 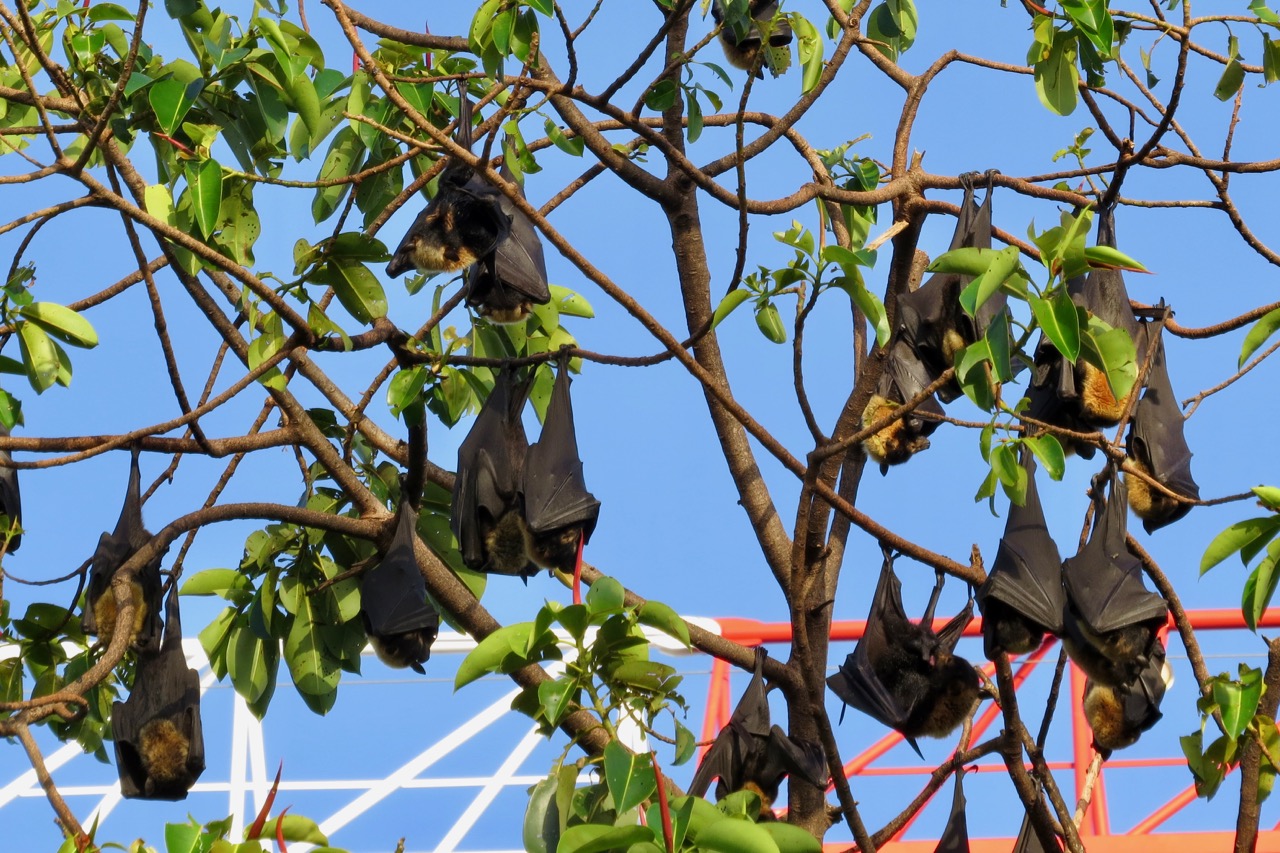 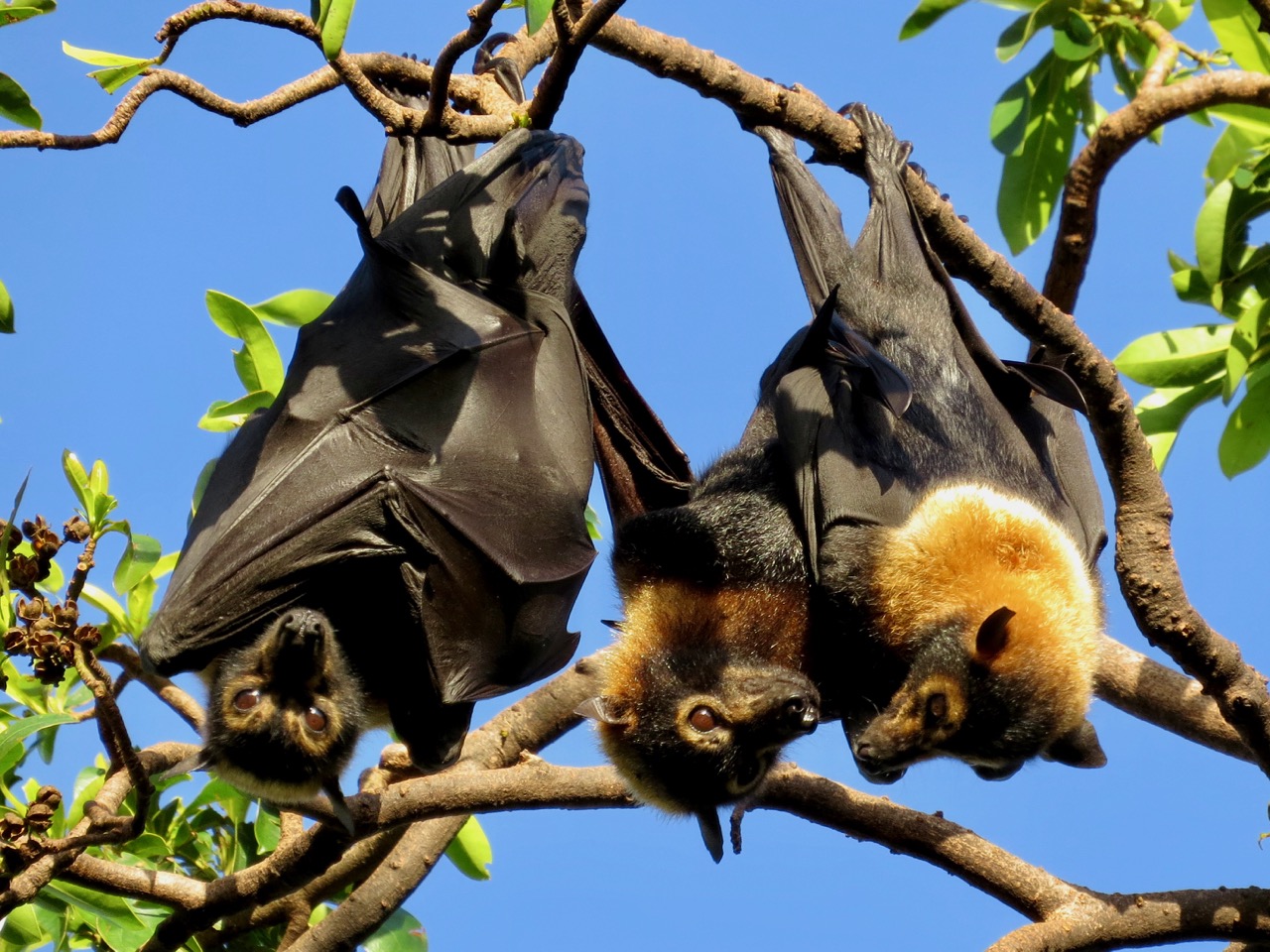 Most of the bats take flight at dusk.  The camera I am willing to lug halfway around the world does not have a lens fast enough to “freeze” bats in flight in that light, but these shots at least capture some of the feel. 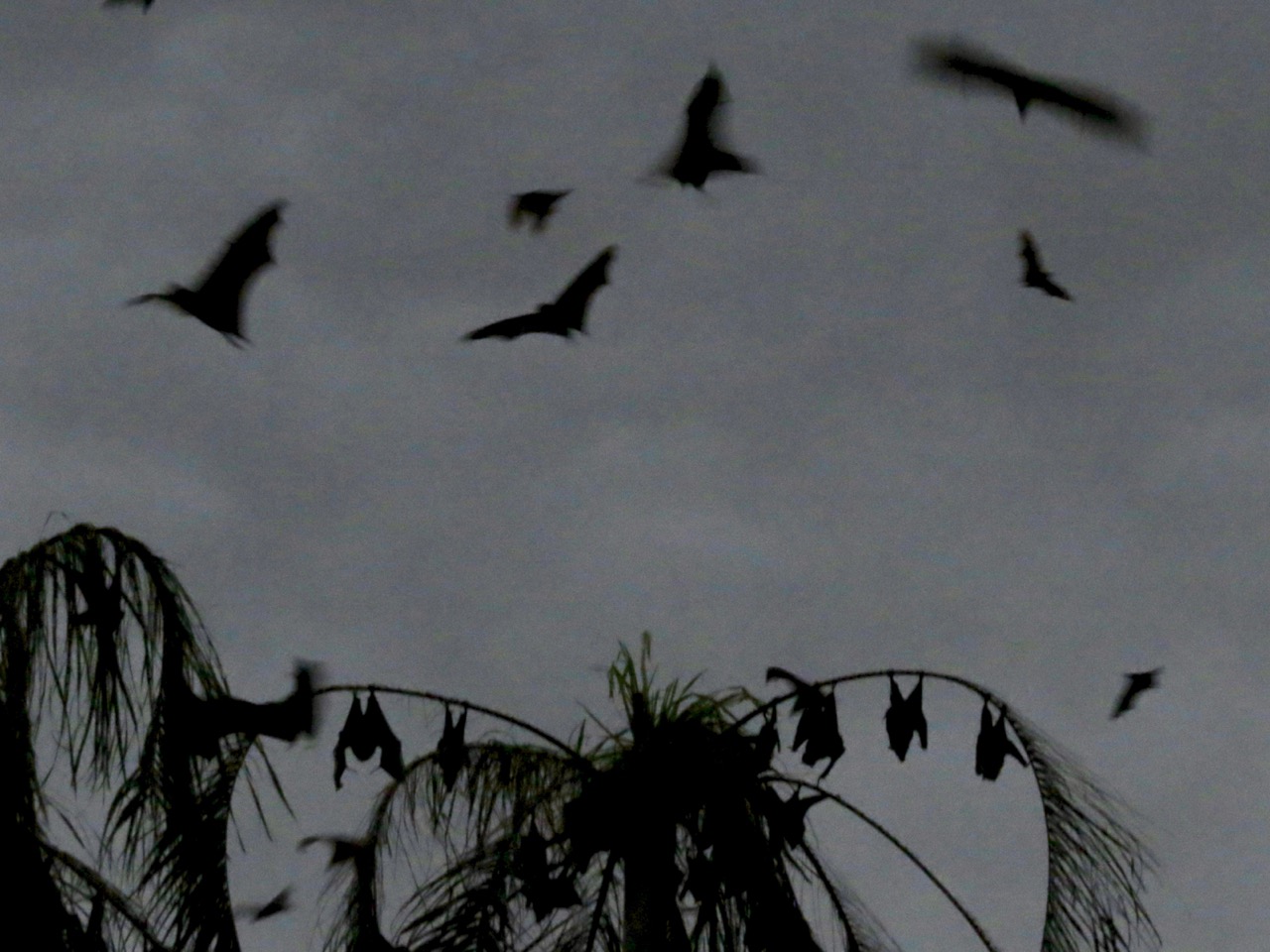 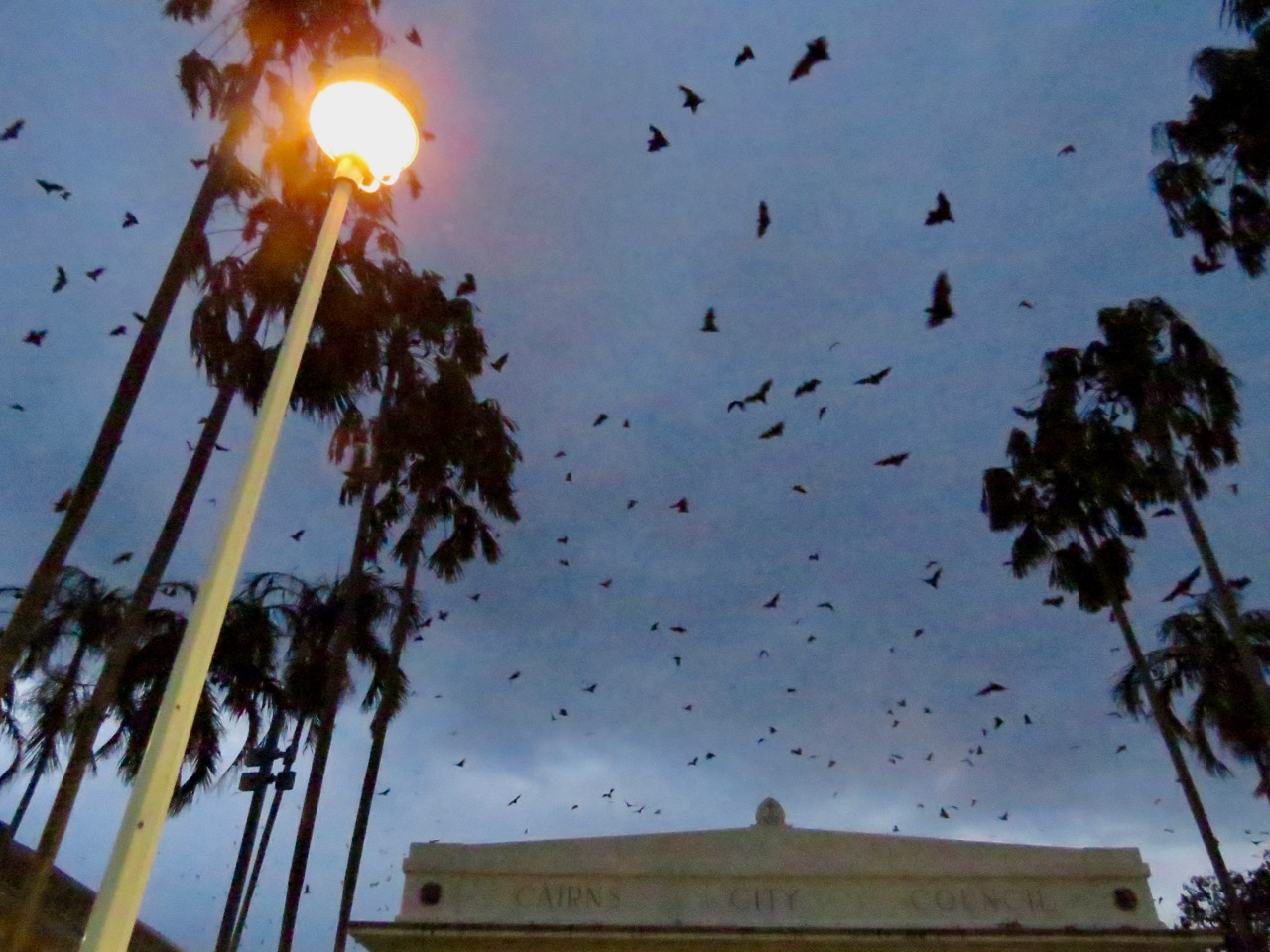 The mountains around Cairns support a lush rainforest in which golden orb spiders are very common (probably genus Nephila but I don’t know the species). 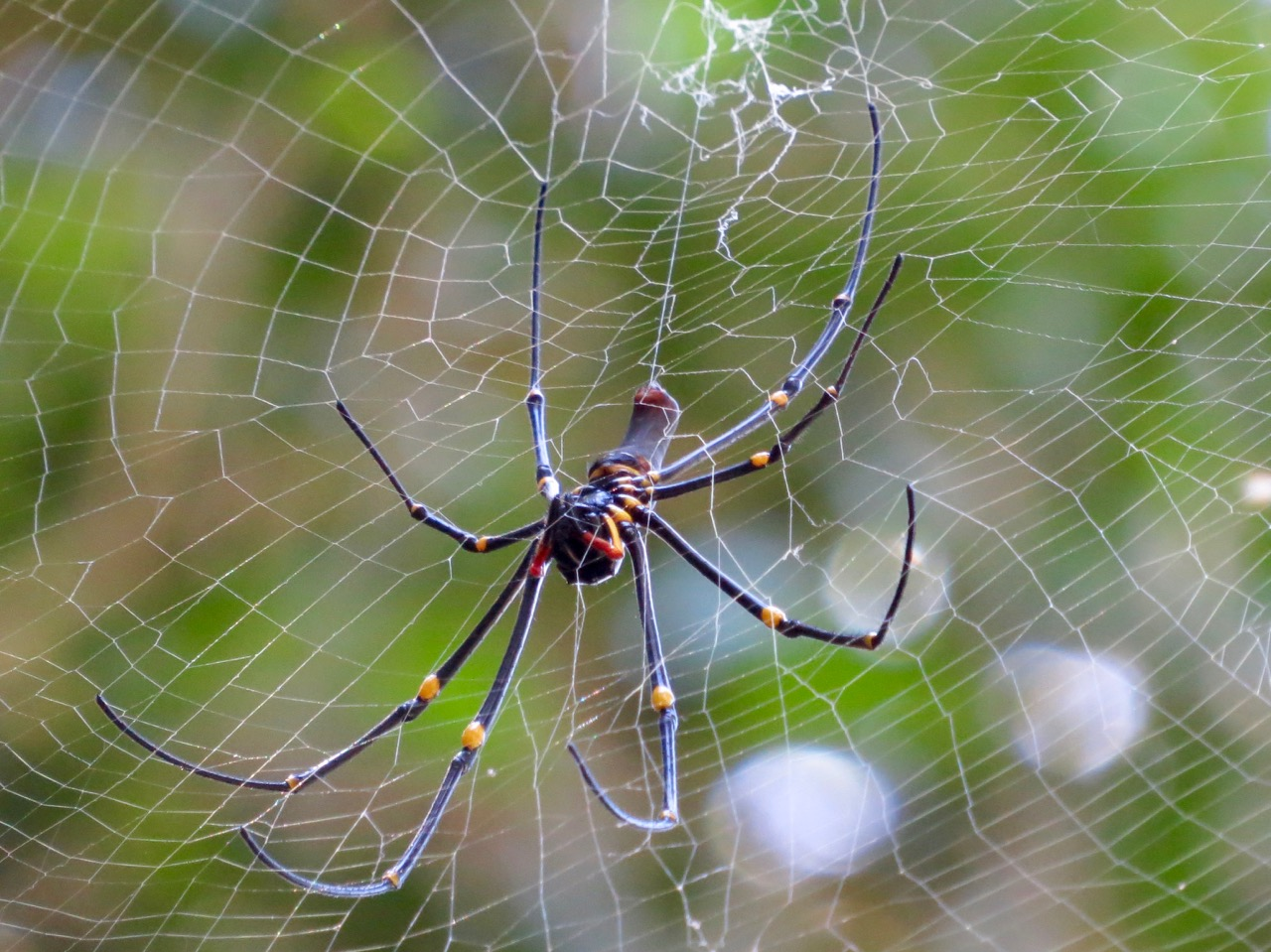 Cairns also was our base for a day trip out on a tiny island that is part off the Great Barrier Reef from which we could snorkel off a beach.   Most impressive there were the giant clams (Tridacna gigas).  This one is at least a meter in diameter. 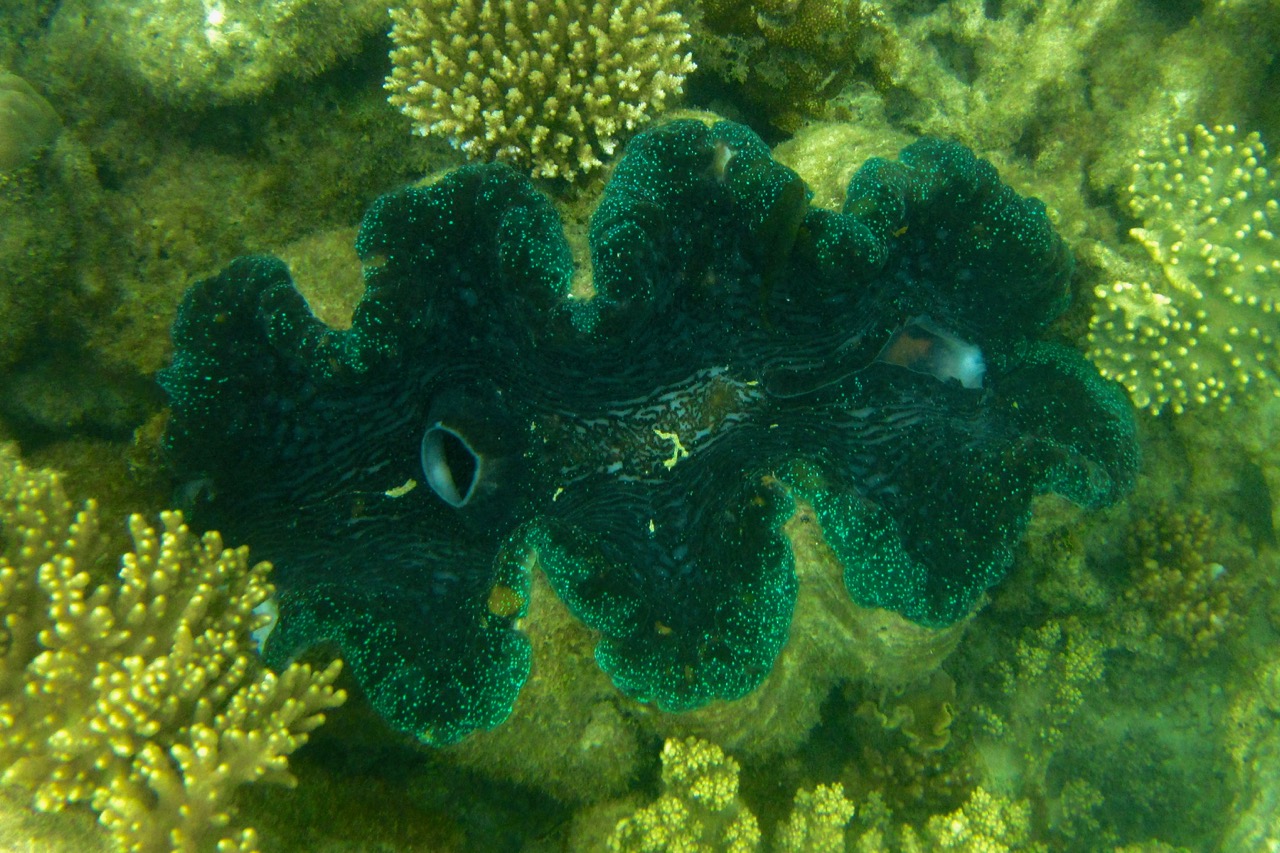 The colors in the mantle are wonderful and highly variable.  This actually may be another species, the “small” giant clam (T. maxima). 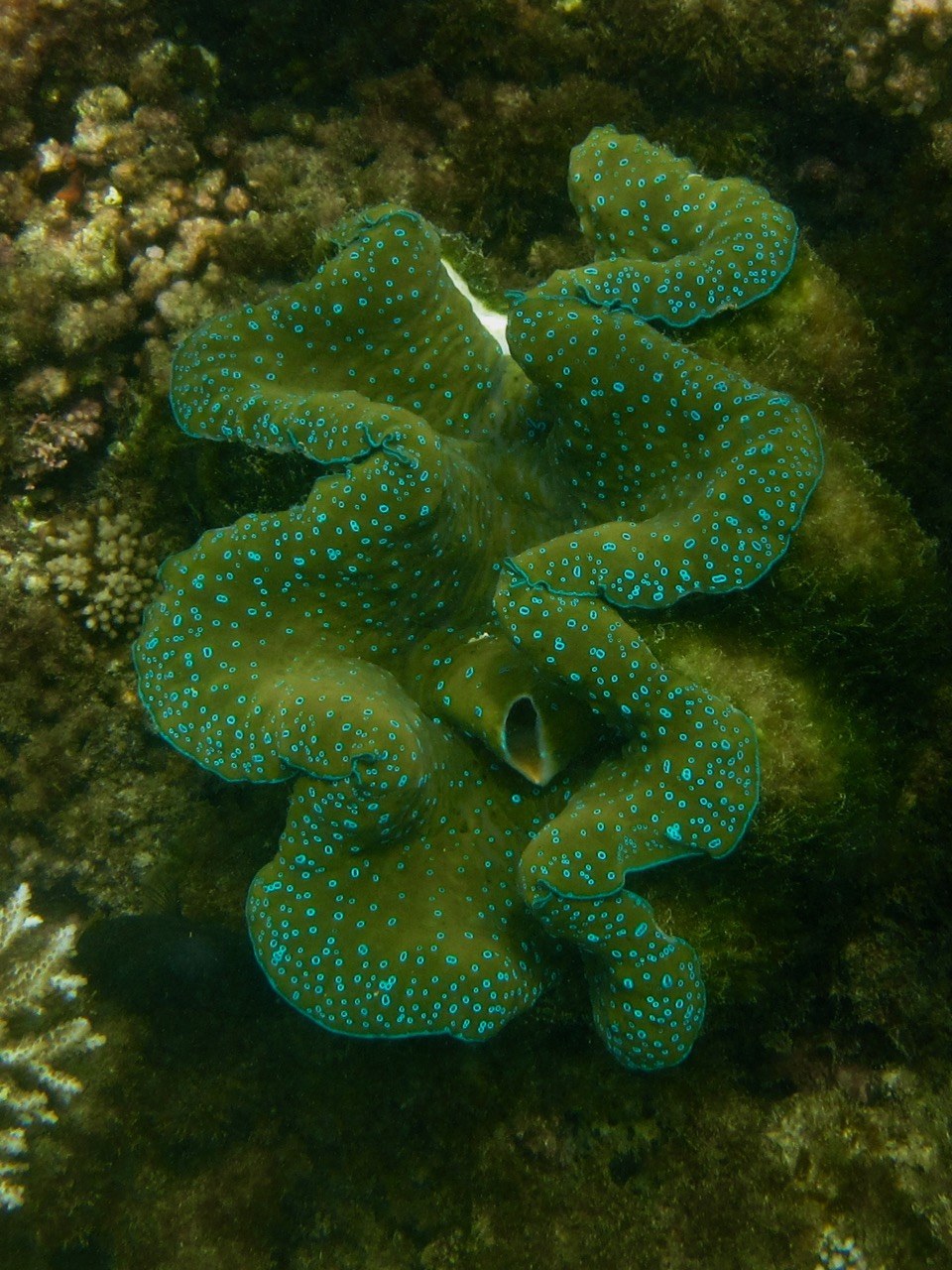 And this is a much smaller species, the burrowing clam (T. crocea).  I think this is the species that I took to be T. gigas when I snorkeled in French Polynesia. 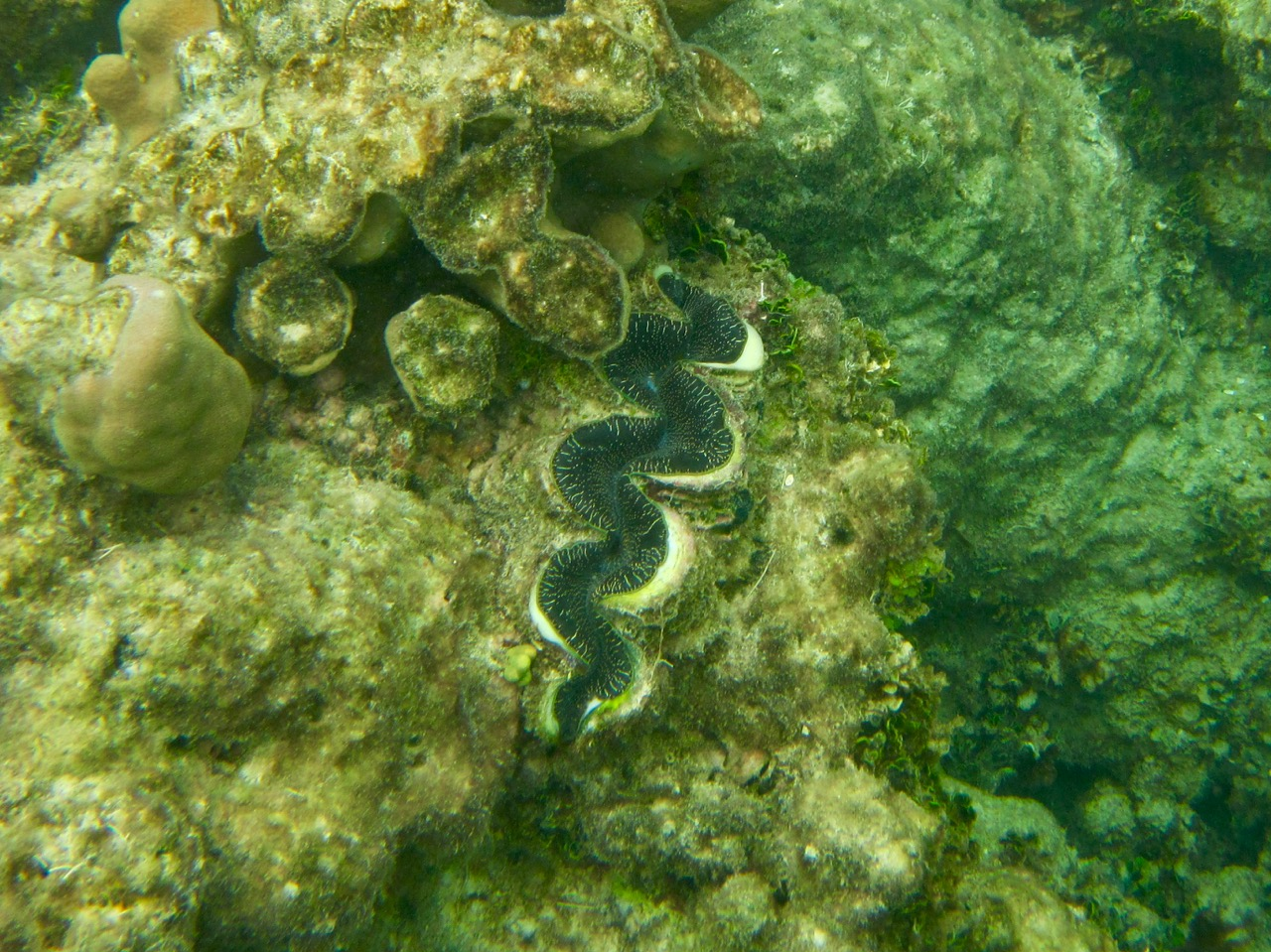 Speaking of Polynesia,  we had the feeling that we saw there a greater diversity of colorful reef fish than we did at this Australian site.  Nevertheless, here is one of the prettiest ones.  I have not been able to identify it despite looking at many pages of on line photos of Australian reef fish.  Perhaps one of your Aussie readers can help. 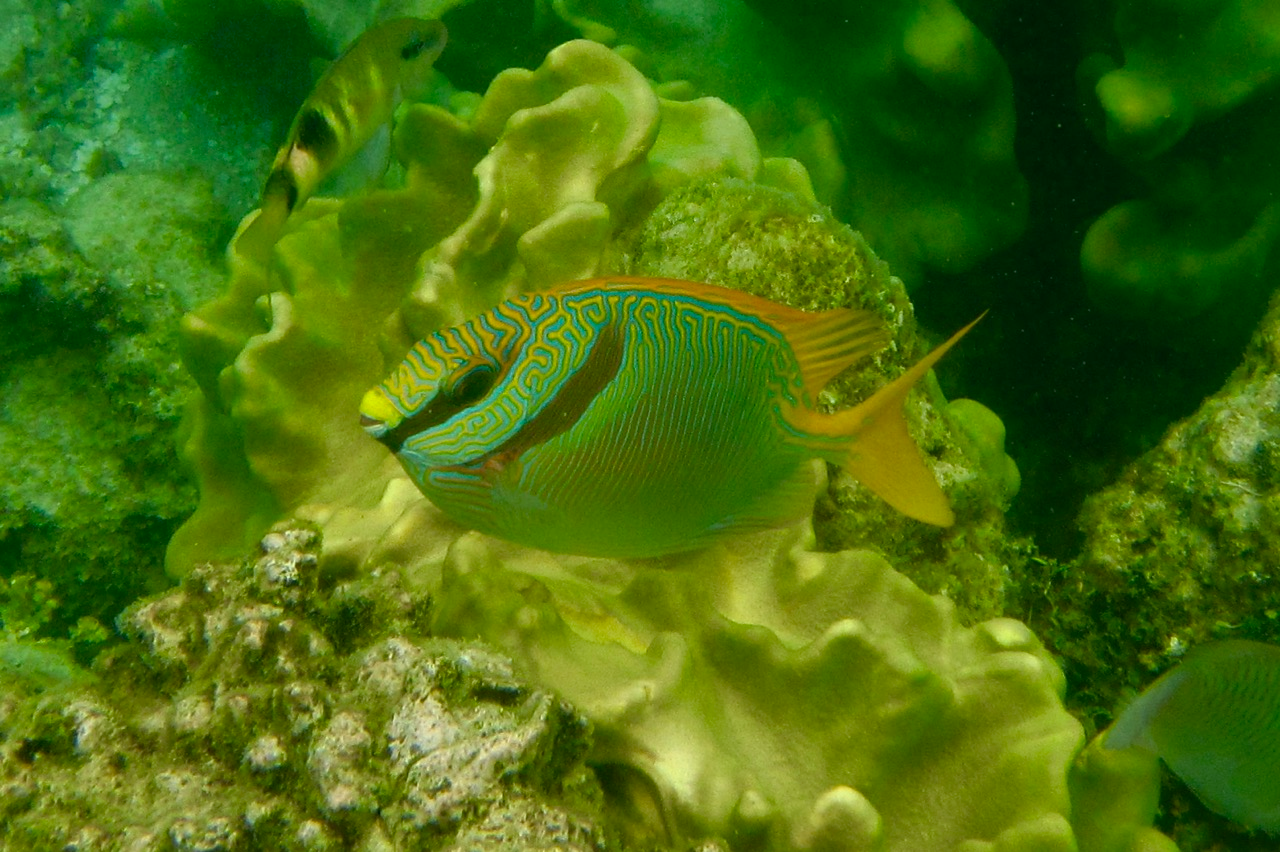 The little island from which we snorkeled is primarily a bird refuge.  The most abundant birds were the greater crested tern (Sterna bergii) and black noddy (Anous minutus).  It is a nesting colony and, although we could not see any nests, many of the terns at least clearly are juveniles (mottled plumage). 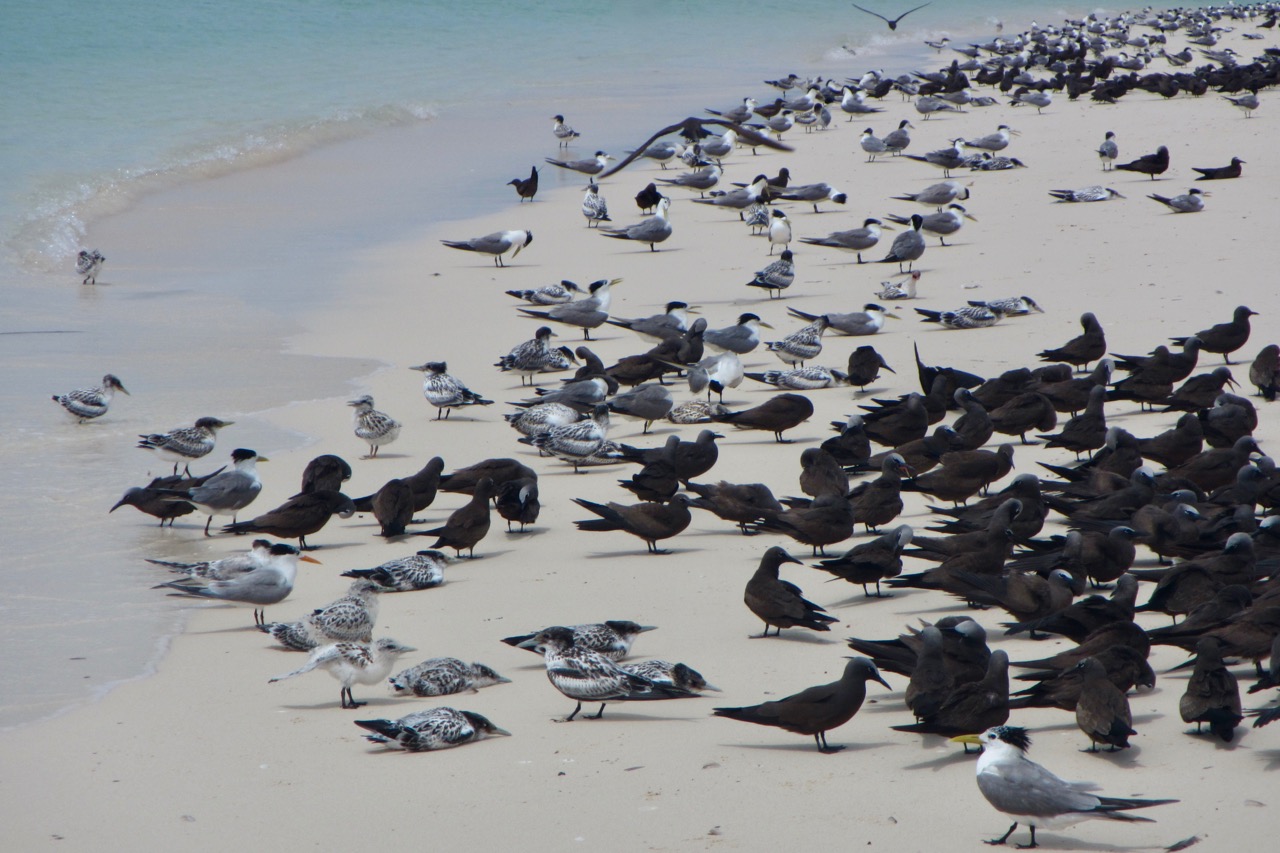 Here is a closer look at a noddy, perched on the rope that formed a boundary to keep us from encroaching on the birds’ part of the island. 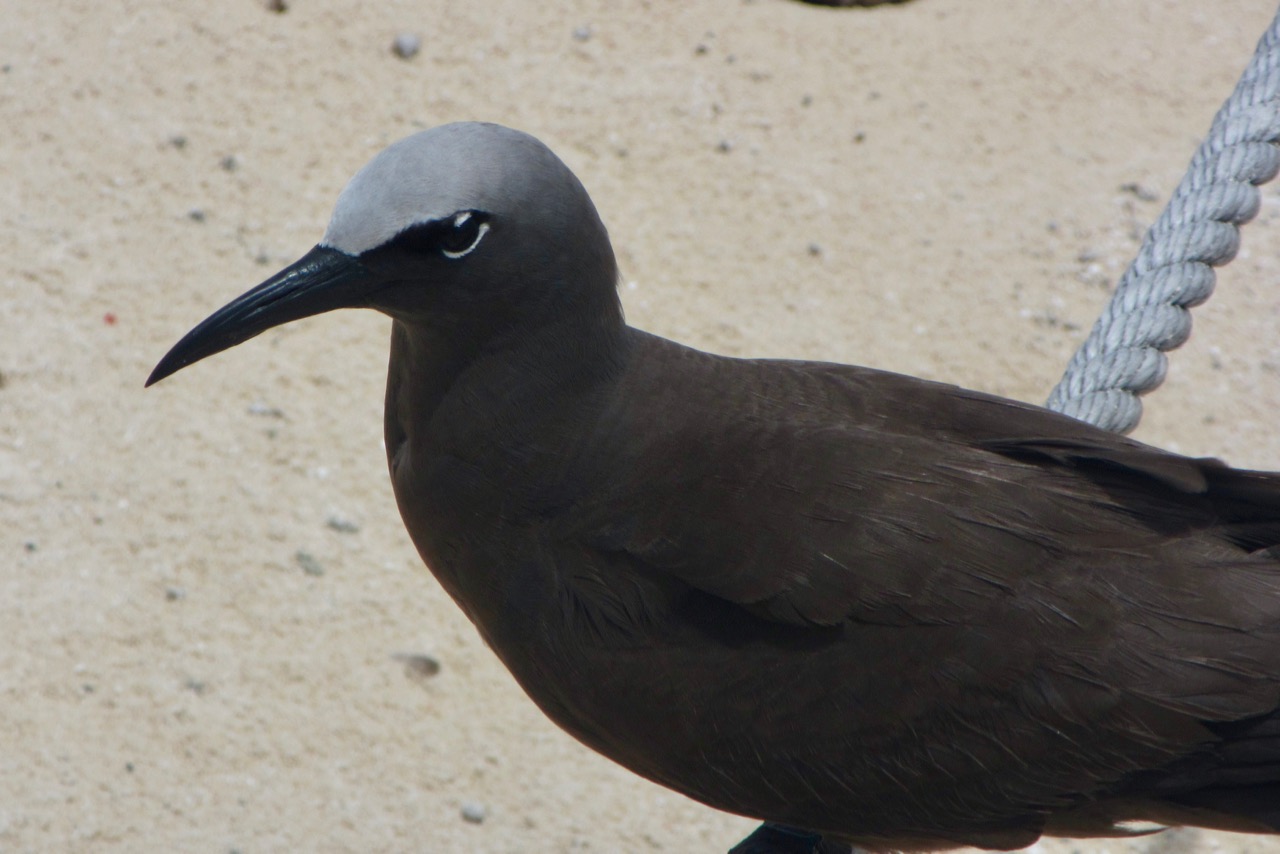 This is a juvenile brown booby (Sula leucogaster). We did see adults, which allowed me to identify the species, but I did not get any worthwhile shots of them. 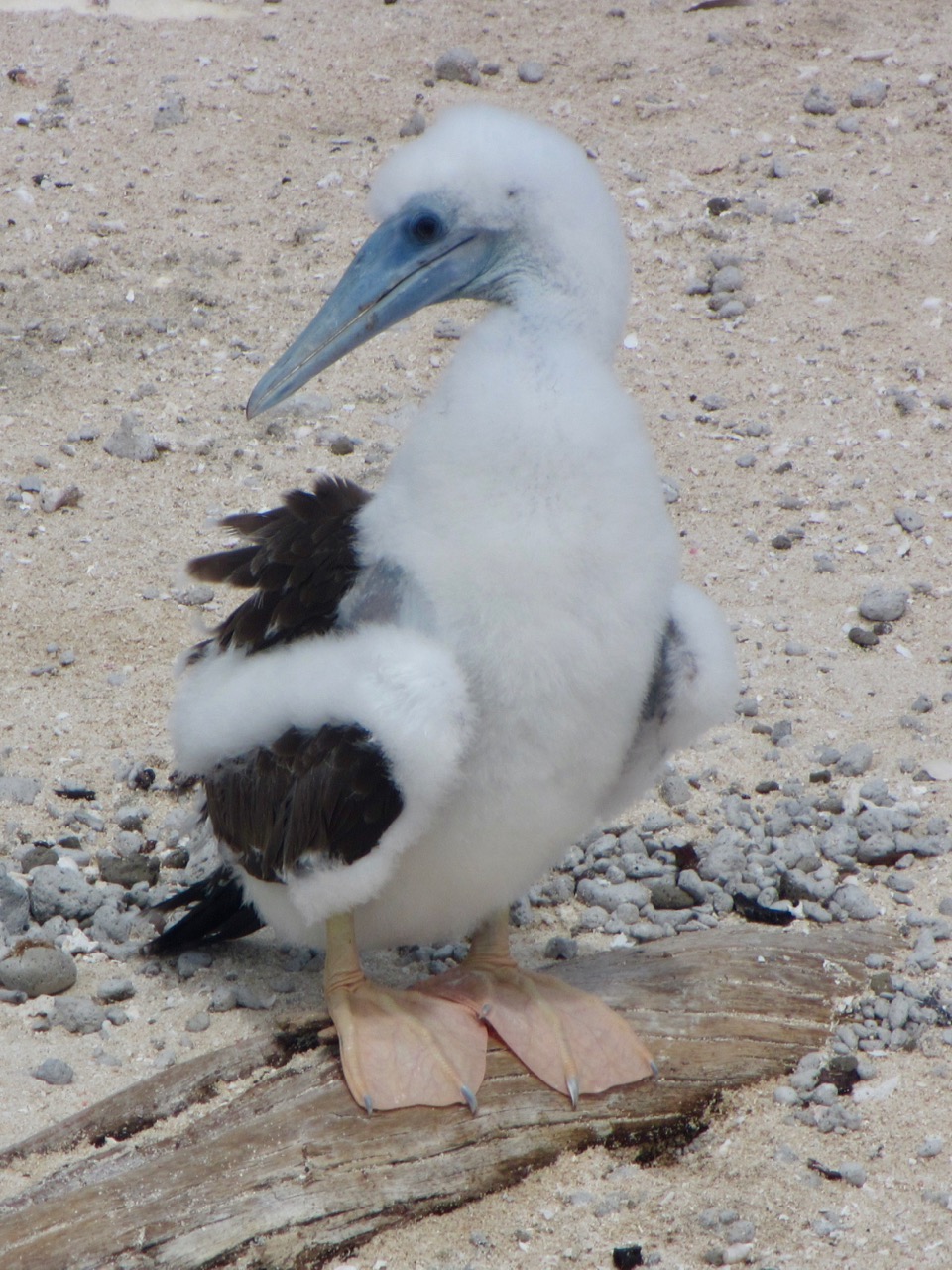