We’re getting close to June, as today is Monday, May 28, 2018, the Memorial Day holiday in the U.S. and National Brisket Day, a holiday for both Jews and Texans. It’s also Menstrual Hygiene Day, a day instituted by a German NGO. As it’s a holiday, and nobody is at work, I am insane for being in the office. But there are ducks to feed.

On this day in 585 B.C., a solar eclipse occurred, and one predicted by the Greek philosopher and scientist Thales. It took place while Alyattes was battling Cyaxares in the Battle of Halys and the astronomical event led to a truce. As Wikipedia notes, “This is one of the cardinal dates from which other dates can be calculated.” But I’m amazed that they could predict such an eclipse so long ago. On May 28, 1588, the Spanish Armada (130 ships, 30,000 men) set sail from Lisbon, heading towards England.  It took three days for all the ships to depart. The assault failed, of course, and a third of the Spanish ships failed to make it home. On May 28, 1871, the Paris Commune fell. And 21 years later to the day, John Muir organized the Sierra Club in San Francisco.

When I was young, the Dionne quintuplets, born to a French-Canadian family in Ontario, were a big deal. Born on this day in 1934, they were the first quintuplets known to have survived infancy. These days this isn’t such an unusual event, but back then they were very famous, and were even presented to Queen Elizabeth II. Here they are at the age of 13. Two of them are still alive: 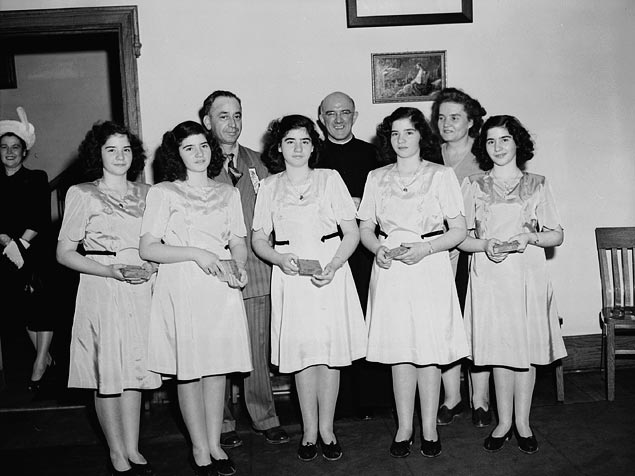 On this day in 1937, the German automobile company Volkswagen was founded. And exactly five years later, Nazis in Czechoslovakia killed over 1800 people in retribution for the assassination attempt (successful) on Holocaust architect Reinhard Heydrich. As Wikipedia reports, the assassins were linked “to the villages of Lidice and Ležáky. Both villages were razed; all men and boys over the age of 16 were shot, and all but a handful of the women and children were deported and killed in Nazi concentration camps.”  On May 28, 1987—and you may remember this—the West German pilot Mathias Rust (age 18), landed a private plane in Red Square in Moscow. Detained, he was released on August 3 of the next year.  Here’s a short documentary on Rust’s achievement:

On May 28, 1999, Leonardo’s “The Last Supper”, after undergoing renovation for 22 years, was put back on display. And on this day in 2002, the last girder was removed from the World Trade Center site after the terrorist attack. The end of “cleanup” was celebrated with a ceremony at Ground Zero.

Hili: Memory has an optimistic feature.
A: And that means?
Hili: I’m always thinking that it was better in the past. 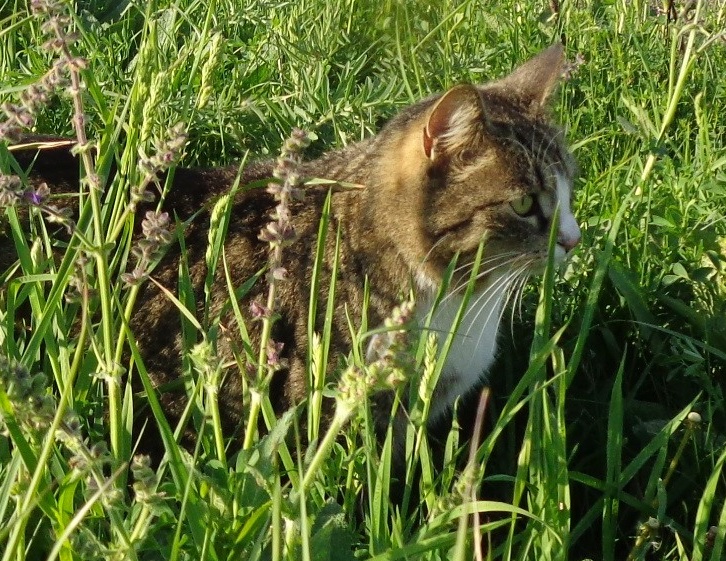 And in Winnipeg, Gus shows his “third eye”: 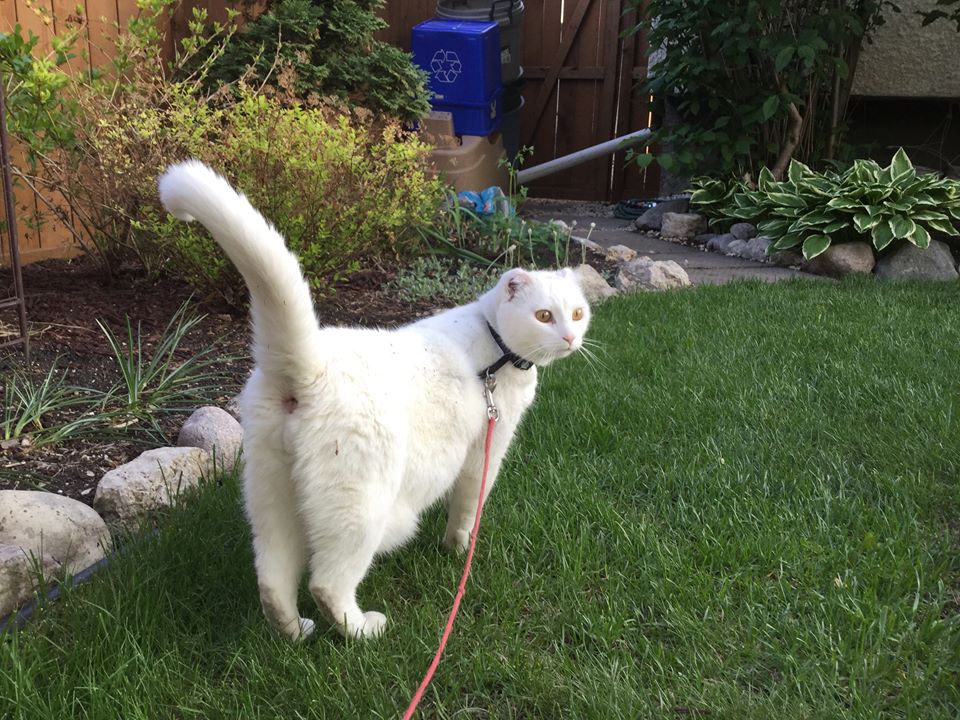 Tweets from Grania. The Catholic Church, butthurt by the outcome of the referendum, is calling their believers who voted for repeal “sinners”. Nya nya nya, Vatican!

"Bishops says Catholics who voted Yes have sinned and should go to confession.

A BISHOP HAS said that voting Yes in the Eighth Amendment referendum was “a sin” and those who did so should… https://t.co/StNH63Jxi0

. . . and here are some tweets that affirm this: 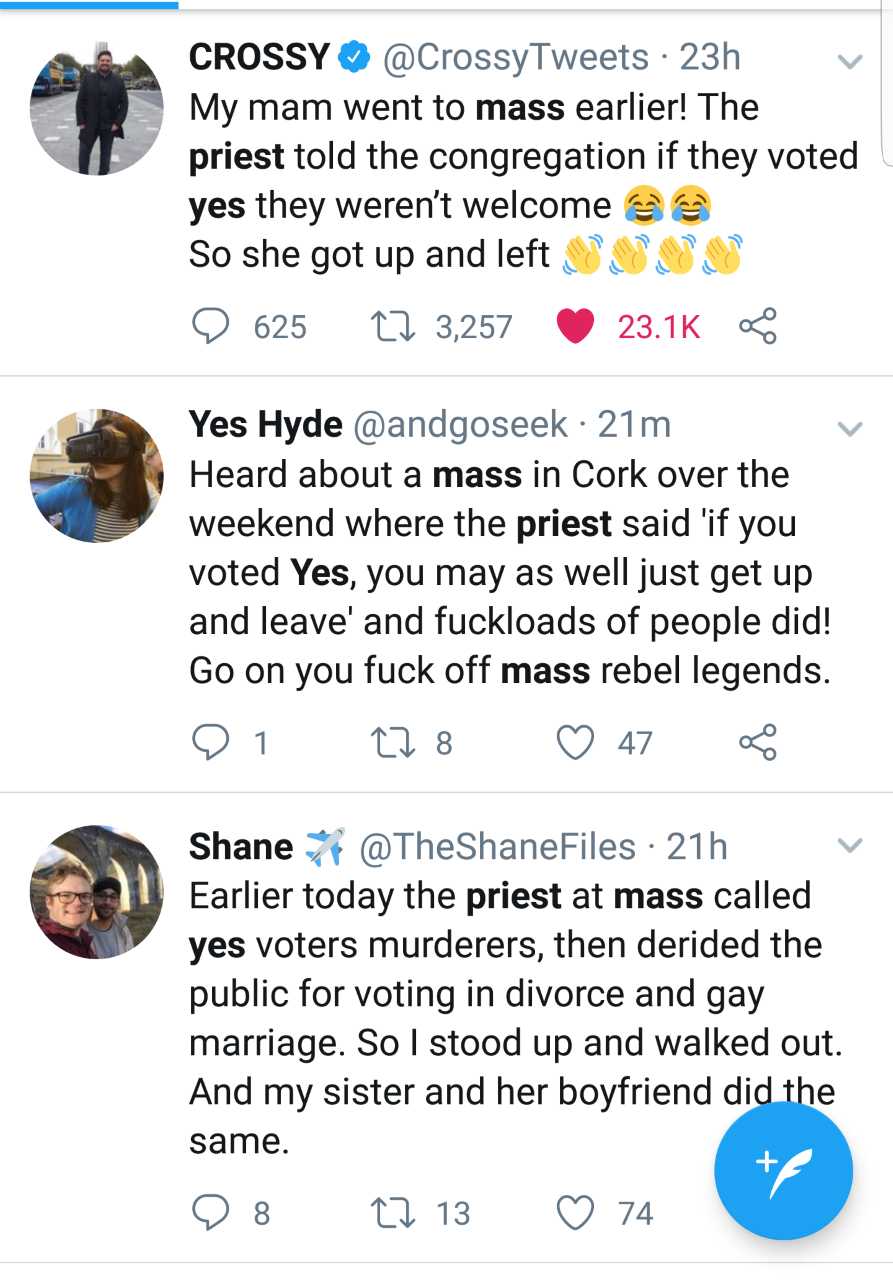 CubeSats have never gone this far into space: this is the view of Earth and Moon that Mars Cube One-B (traveling with @NASAInSight) took when it was at 1 million kilometers (620,000 miles) from Earth on May 8, 2018 https://t.co/RBxhsAOjzX pic.twitter.com/UWDJX0LMRn

These consorting felids are caught in the act; the black one gives the stink eye to the camera:

Matthew sent honeyguides; they are brood parasites of other species and the eggtooth is for killing not their siblings, but their unrelated nestmates:

Roses are red
Violets are blue

Baby honeyguides have a special eggtooth for stabbing their nestmates to death pic.twitter.com/BpxF4OUmHi

It’s spring, and all baby animals are out. Which reminds me—it’s time to tend the ducklings:

Who's ready for their breakfast?! 🙋‍♂️

Our cameras are about to go LIVE from 9am and #Springwatch returns tonight at 8pm! We can't wait to see you there! 💚 https://t.co/gIA23qZAHX pic.twitter.com/Tdf4Kjl2Sj

Look at the tongue on this numbat. There are several species, but all eat termites:

They say yawning is contagious, but we are not sure if that’s tr….yaaawn! Seriously though, check out the length of that Numbat tongue! pic.twitter.com/pKcAbmbnQk

Okay, you tell me why camels have “filters” on their cheeks.

I’m just going to tuck this in here. pic.twitter.com/zt2IPazNux

And guess who this evolutionary geneticist is.  I knew him. Hint: he’s dead now.

A puffin soaring on thermals:

And on a more sober note, this is how Palestinian children graduate from kindergarten (h/t Malgorzata):