Until July 15, the Musée Malliol in Paris is hosting an exhibit of artwork by the Japanese artist Léonard Tsuguharu Foujita (1886-1968), who acquired French nationality and a French first name. At the Great Cat site, a gold mine for feline-themed art, you can read about him and his work, which centered largely on cats.

UPDATE: I saw this exhibit today; photos tomorrow (I hope).

Here are a few excerpts: 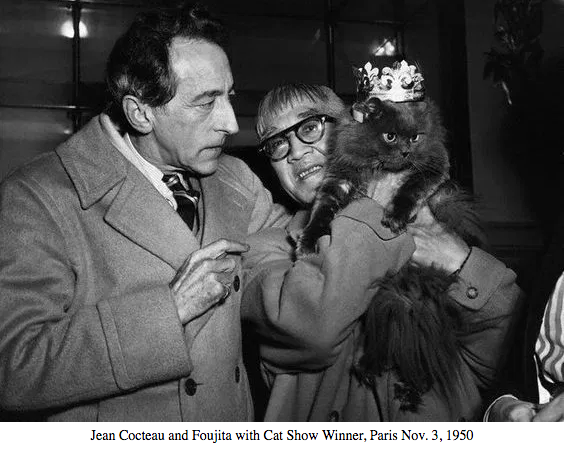 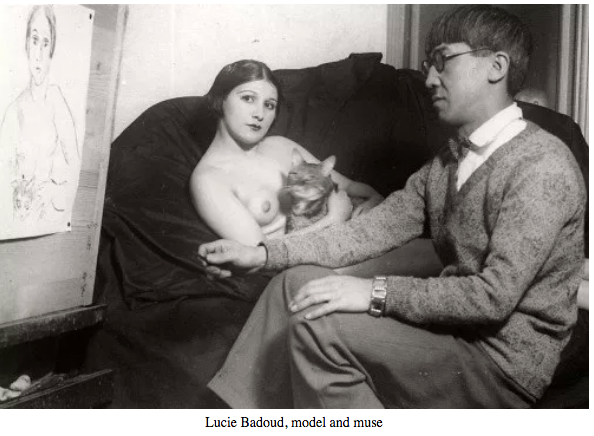 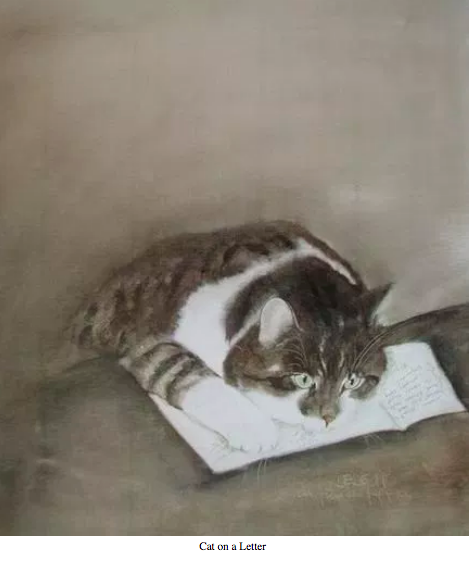 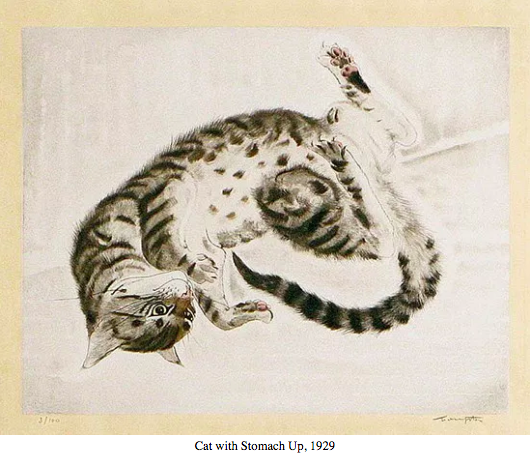 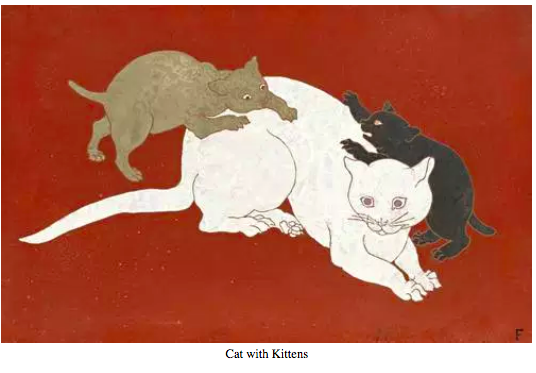 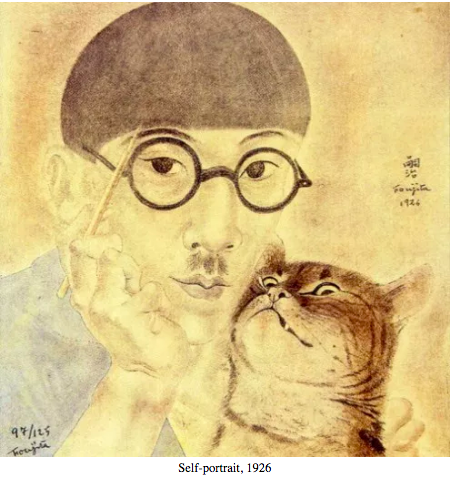 The Bengal Cats site tells the story of two inseparable companions, Bengallegends Sam, a Bengal cat, and Pip, an Asian Small-clawed otter. They’re being housed by a zookeeper who took Pip home because her mother didn’t have enough teats to suckle five pups, and Pip was the odd otter out. (It’s not clear whether Pip is eventually going back to the zoo.

In the meantime, the keeper got a Bengal cat (her dream cat, like mine) to keep the otter company. As hoped for, they bonded big time, as you can see in this video: 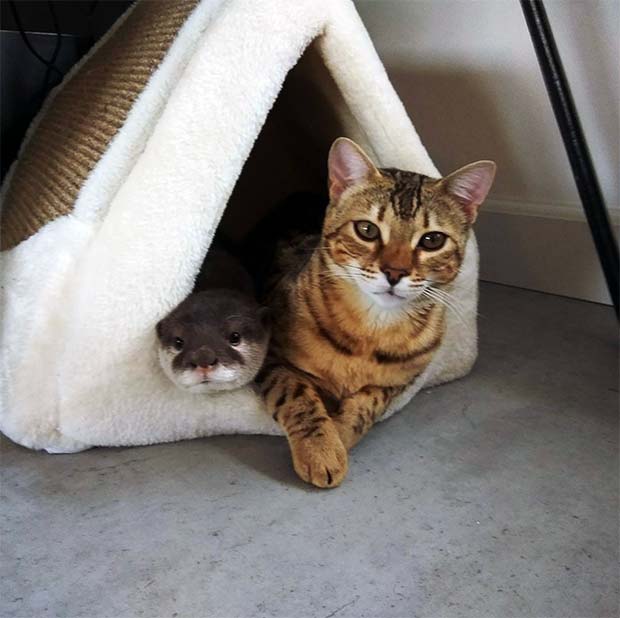 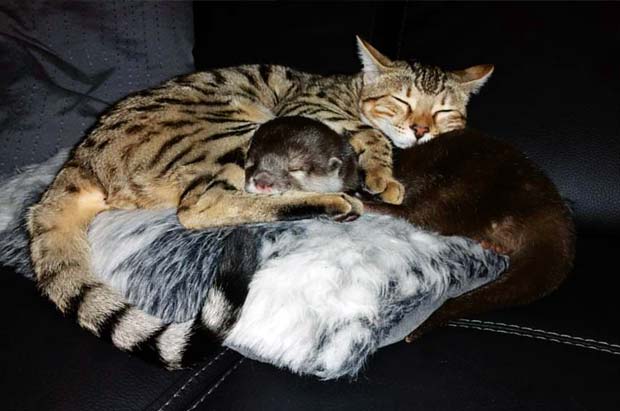 The Independent has a sad yet ultimately heartwarming story of Toby, a long-haired ginger cat who was given away to another family, but walked 12 whole miles back to his original home in Raleigh, North Carolina.  Instead of taking him back, the stupid family took him to a local animal shelter to be euthanized. How could they??

The shelter, though, put Toby up for adoption, and the cat now has a loving owner. Click on the screenshot below to go to the video and the story: 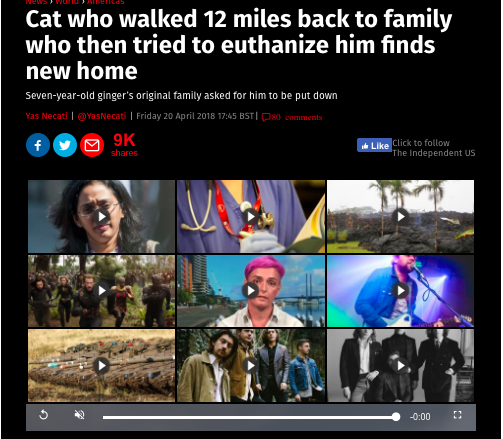 Toby and his new owner: 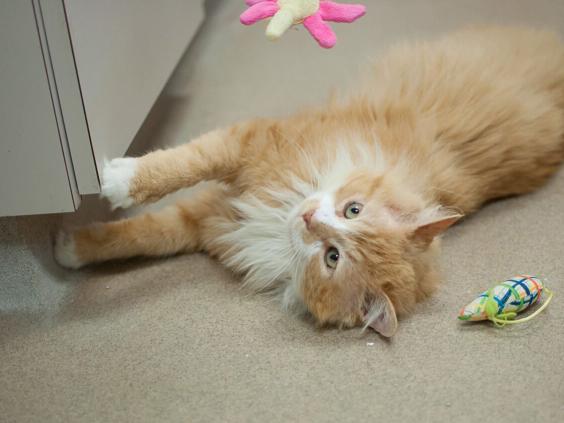 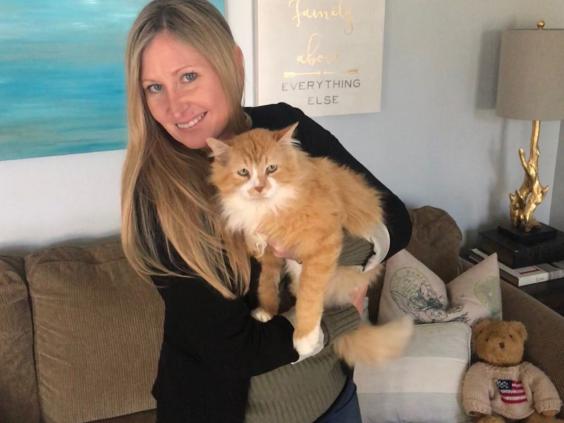 The people who wanted him to be killed after finding his way back home, well, I won’t say they should be euthanized, but they should be shunned and demonized.

13 thoughts on “Caturday felids: Foujita, artists of cats; Bengal cat and otter are BFFs; Cat who walked 12 miles to find his staff, who then wanted him killed, finds a loving home”