It’s Wednesday, May 2, 2018, and National Chocolate Truffle Day. Alas, I have none of these things. And in Bhutan, where I’d like to go if they’d rescind their huge per-diem tourist fee it’s the birth anniversary of Jigme Dorji Wangchuck the 3rd Druk Gyalpo, who began Bhutan’s first steps toward modernization.

On May 2, 1611, London printer Robert Barker published the very first King James Version of the Bible. I still claim it is not a great work of literature, even in that version. On this day in 1920, the first game of Negro League baseball was played in Indianapolis. Blacks weren’t allowed in “major league baseball” until Jackie Robinson started for the Brooklyn Dodgers on April 15, 1947.  On this day in 1945, after the suicide of Hitler and Eva Braun, the Soviet Union announced that Berlin had fallen.  And on May 2, 1952, the world’s first ever commercial jet airliner, the De Havilland Comet 1, made its first flight: from London to Johannesburg. On May 2, 1986, the city of Chernobyl was evacuated six days after the uncontrolled nuclear reaction and explosion. Finally, it was on this day 18 years ago that President Bill Clinton announced that GPS technology would no longer be restricted to the U.S. Military. “Let there be Siri navigation!”

Here is drone footage of the abandoned city of Chernobyl, filmed between 2013 and 2016, 27-30 years after the accident:

Meanwhile in Dobrzyn, Hili is practicing her ornithological skills:

A: What are you looking at?
Hili: I’m trying to see what kind of bird that is. 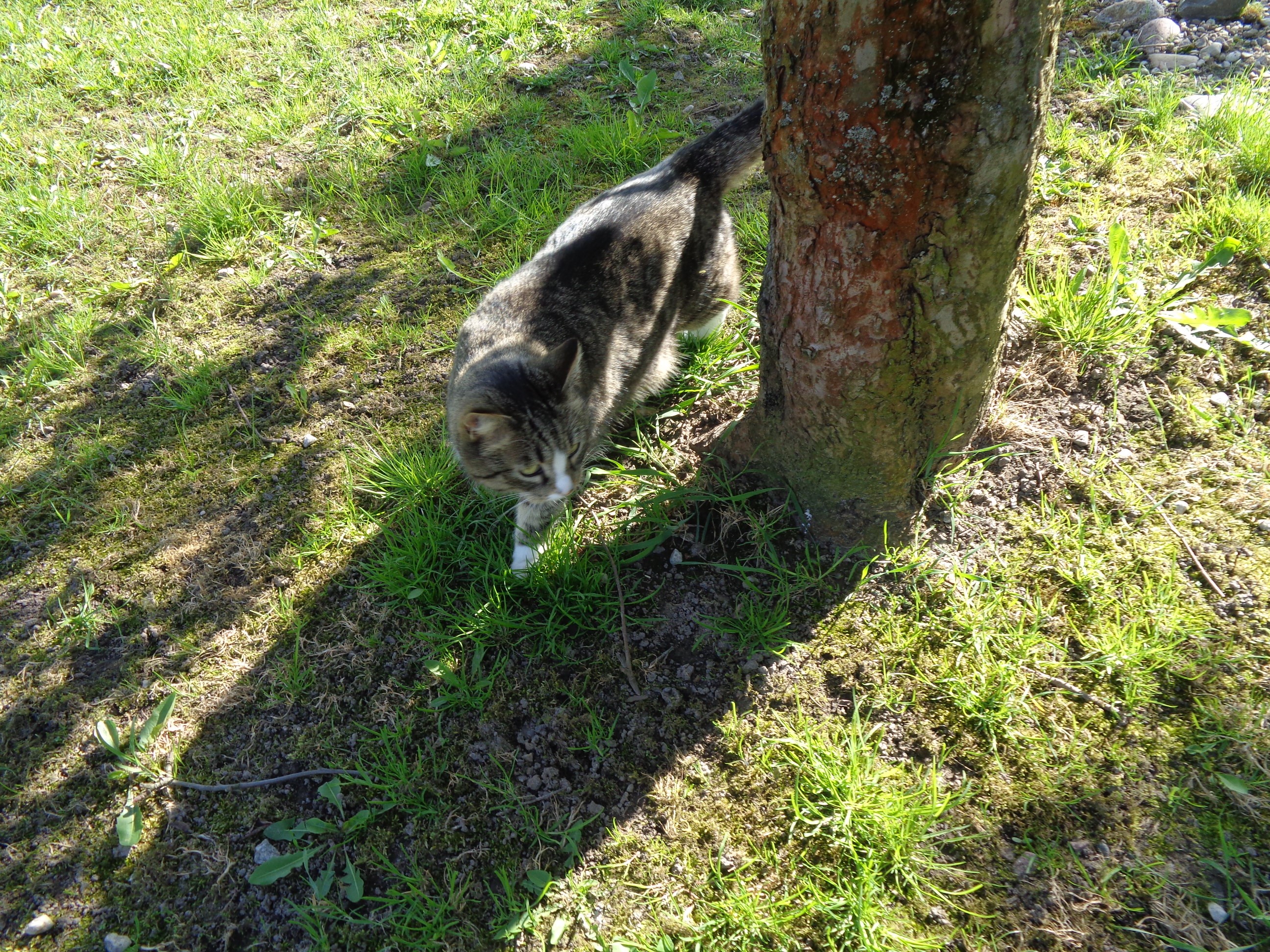 And Leon is still staking out his future home, suggesting a new plant for the garden:

Leon: Catnip aromatherapy? We could try.

Some tweets from Grania; this one shows a concealed-carry kitten:

I keep that mf THANG on me pic.twitter.com/FR9VnmXo9m

A sneaky sheep. Look at that coat!

This belongs in the National Enquirer, but it’s true:

It grieves me to admit this, but your psycho ex is better than mine. pic.twitter.com/D0KehyOwXS

And what did you expect given that the letter said that Trump was “the healthiest President ever elected”? What? With all that junk food he eats?

A lovely full moon over the high mountains of Pakistan:

Pakistan has many wonders! Had the privilege – and luck – to photograph this new moon over the Karakoram this weekend. With all the day to day turmoil, it is calming to see such a sight. Pakistan has so much to offer! pic.twitter.com/r6S9cLq6sq

From Matthew; a spry grandma:

Kimiko Nishimoto, 89 year old Japanese grandmother who began taking photographs at 72 and is known for her humorous and deceptive self-portraits #womensart pic.twitter.com/h1RRwR6HR4

And a painting with a GOOD picture of a cat:

The Einsteins test out a movie gimmick. Watch out, Albert!

A previously unknown, three minute long film of Albert and Elsa Einstein "driving" a car in front of a rear projection screen. Discovered by @beccbender, it was shot at Warner Bros – First National studio in Hollywood in 1931.https://t.co/zARZV4lRjS pic.twitter.com/EcG1jkC1QI