We have photos from a new contributor today: Neil Dawe. And it is OWLS, which are H0norary Cats™. Neil’s notes are indented, and be sure to see his pair of “spot the owl” pictures at the end.

All these photos were taken on Vancouver Island in a small wooded area in Parksville, BC.

My wife and I walk Sophie, our Golden Lab, through a wooded area that, late last year, became home to a pair of Great Horned Owls (Bubo virginianus). Usuall, we would see or hear Barred Owls (Strix varia) during our walks. But that all ended about mid-December when we heard a pair of Great Horned Owls calling to each other and haven’t heard or seen the Barred Owls since. [JAC: here’s the barred owl]: 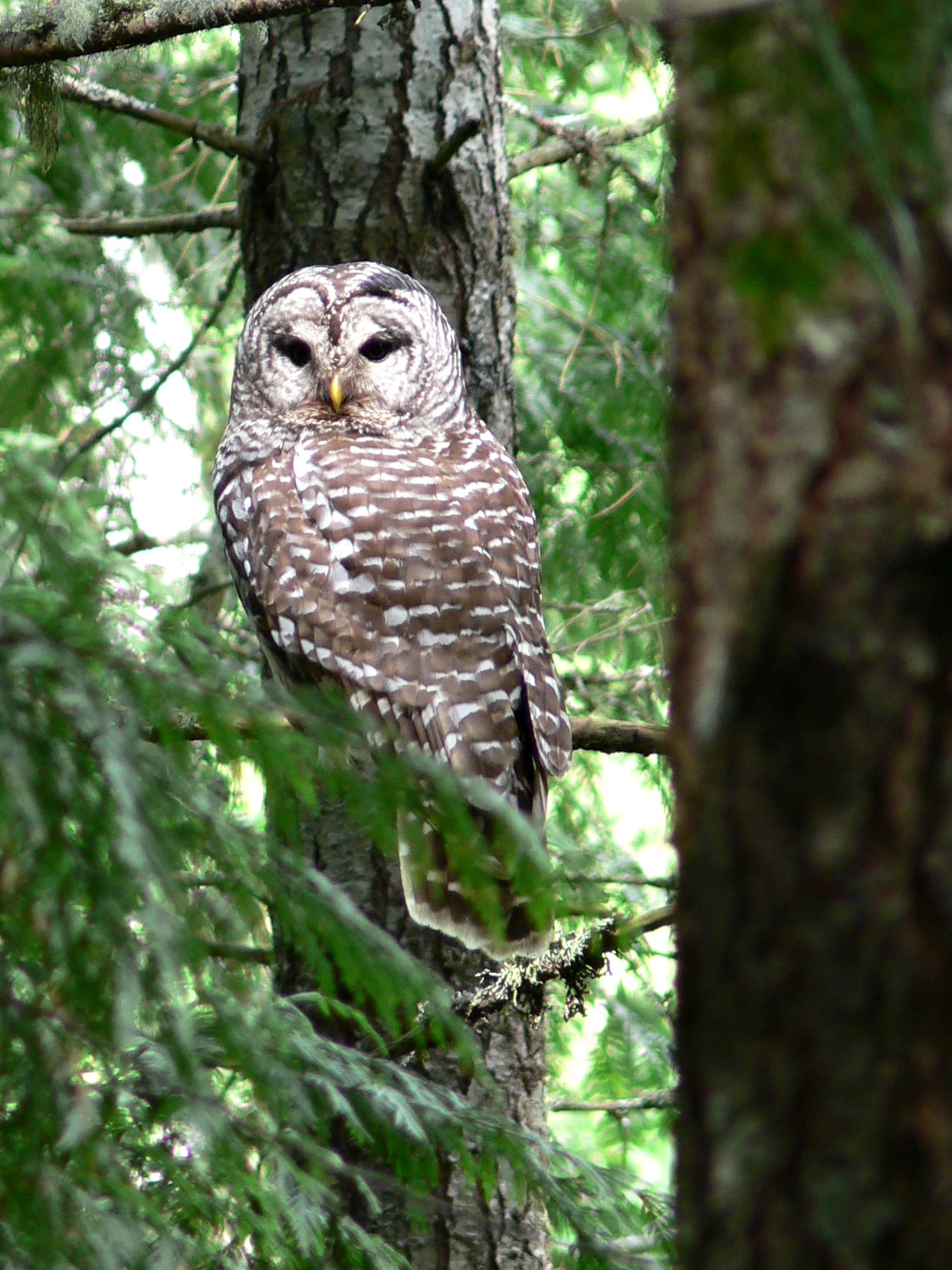 Our first glimpse of the horned owls came in February when we found the male perched in a western redcedar (Thuja plicata). The female, who does all the incubation, was likely on eggs. 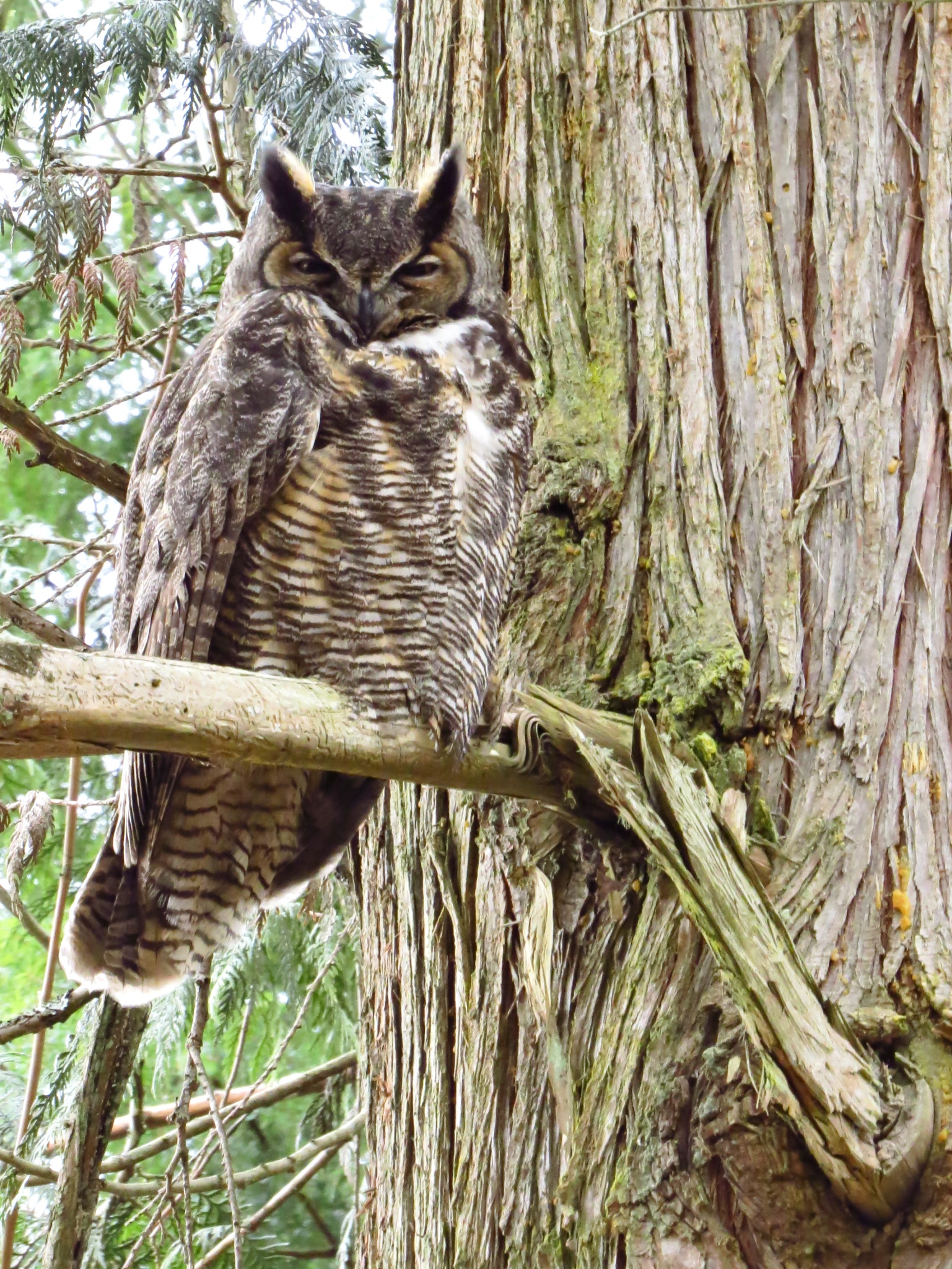 Later, in April, we would invariably find the female perched in the same area on a bigleaf maple (Acer macrophyllum) branch in the open, suggesting a nest with young was nearby. 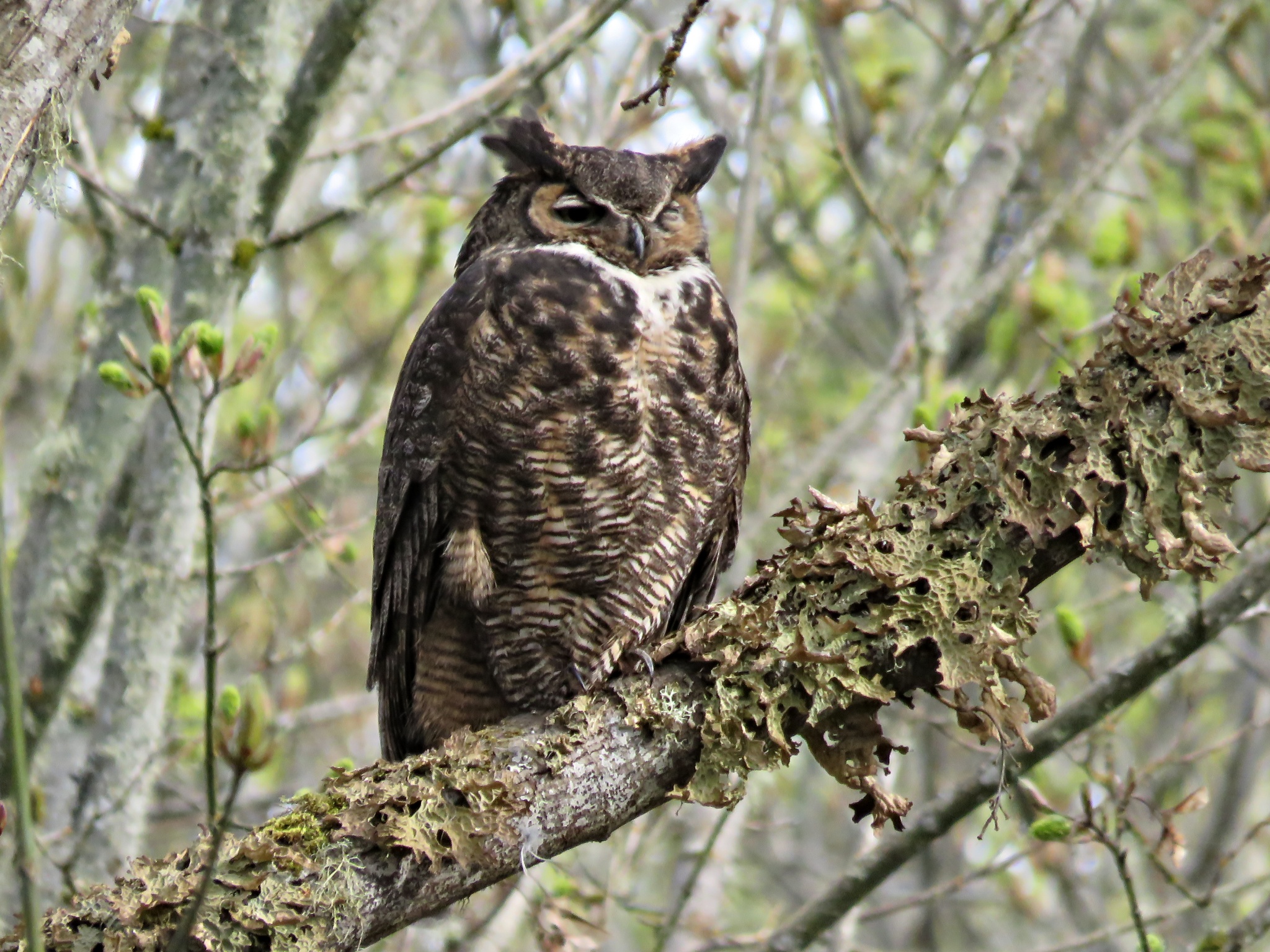 She would keep her eye on us as we walked a trail some distance from where she was perched and where she often demonstrated her remarkable head-turning ability. Here she is looking at us with about a 220° counter-clockwise rotation of the head… 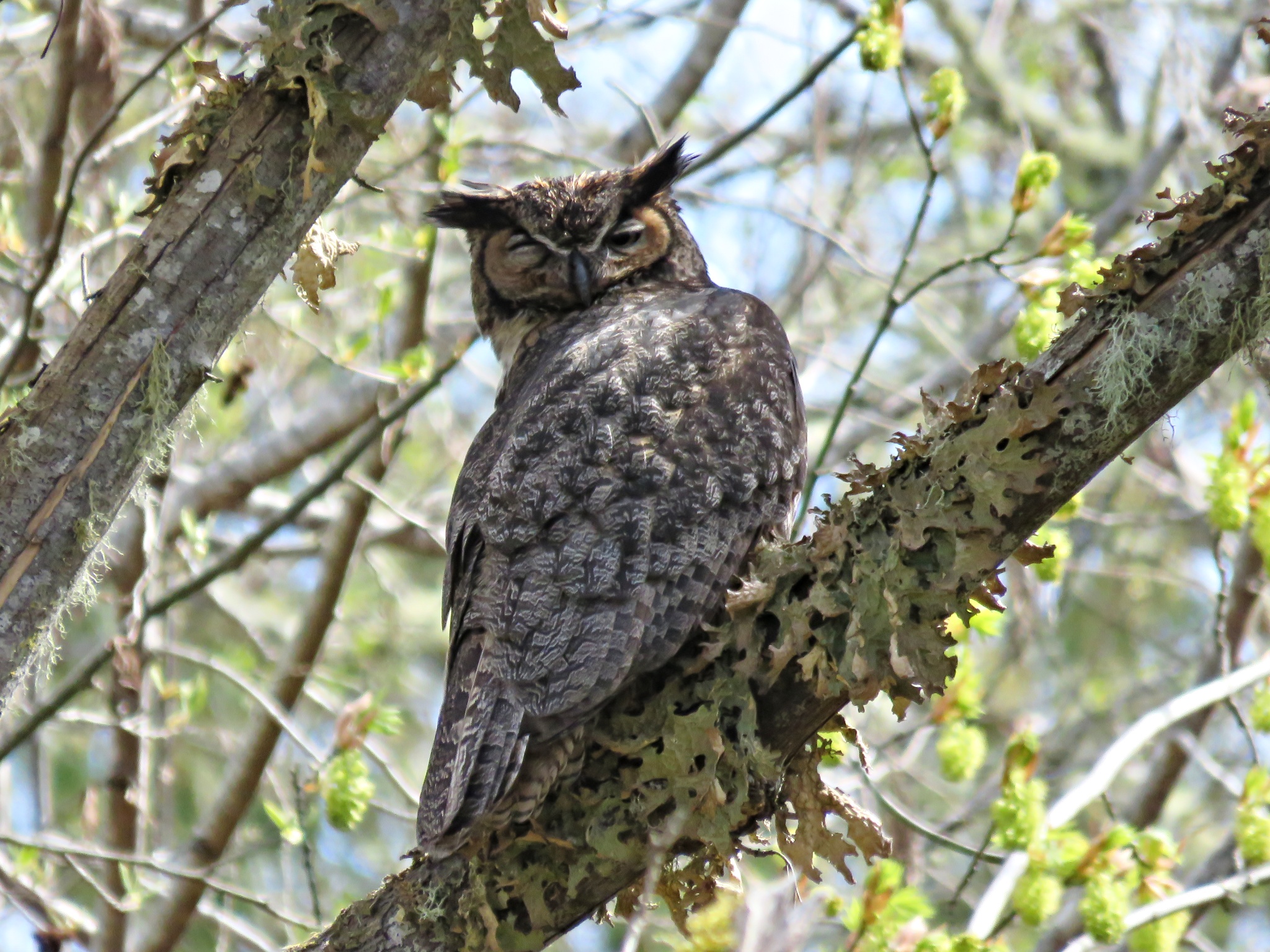 …and from the same position with about a 120° clockwise rotation. 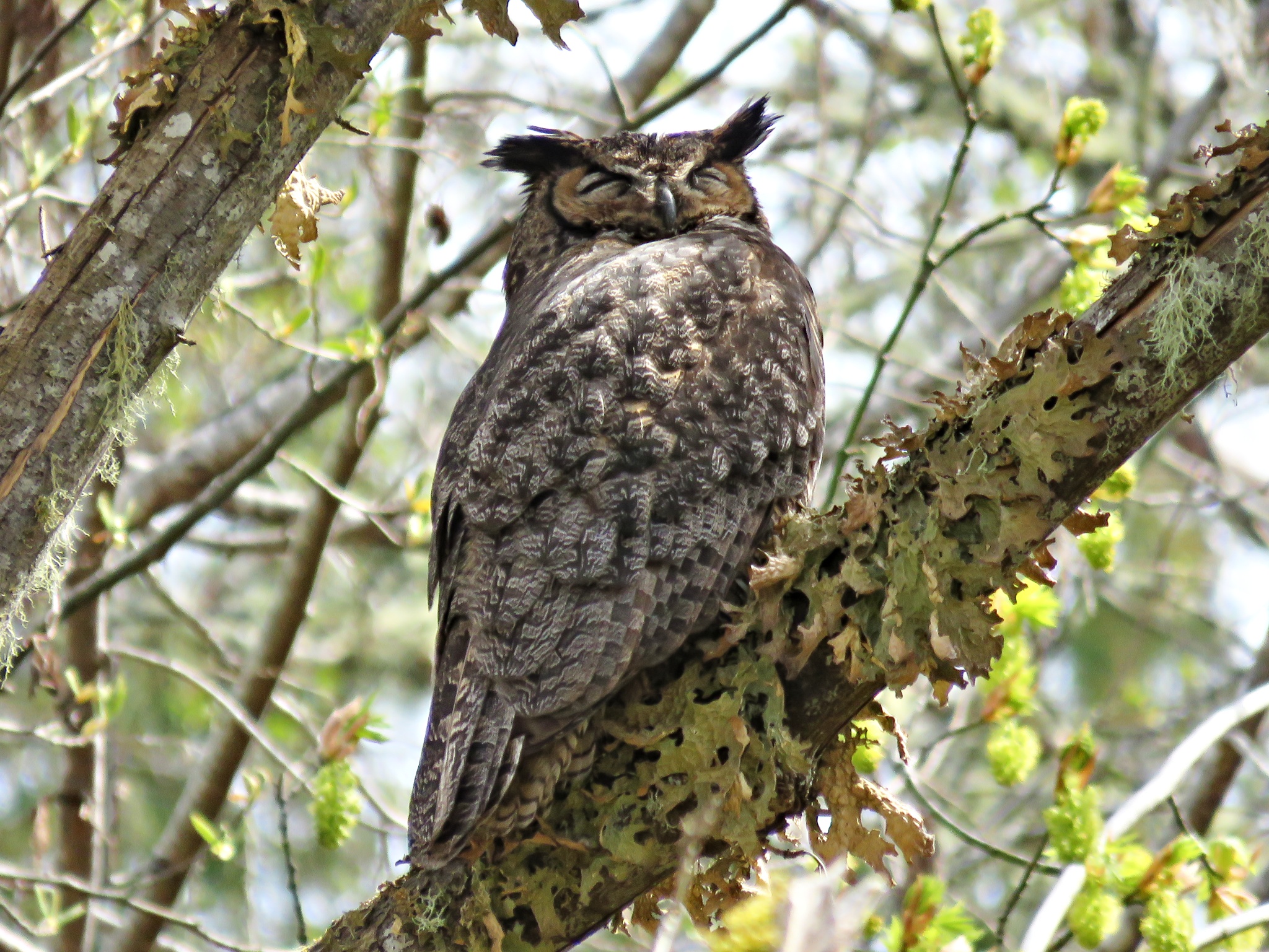 We subsequently found the male who was usually perched in trees with more cover, such as this western red cedar (Thuja plicata). 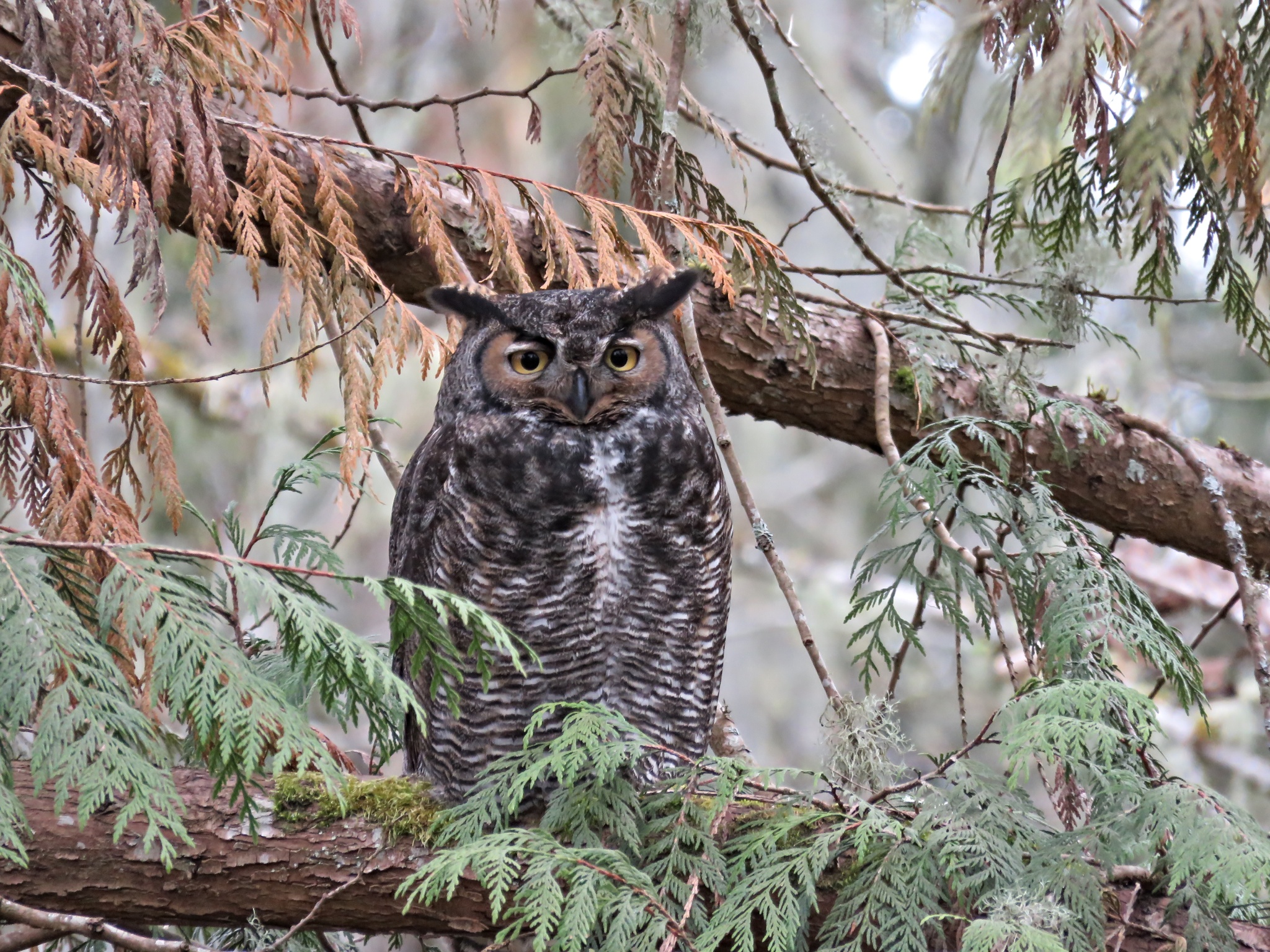 One day, a friend spent an hour searching for the nest and found it in a cavity 8 m off the ground in a bigleaf maple close to where the female usually perched. Three young were in the nest. Here you can make out two of the young, one facing the camera and a downy head to the right of it (13 April). 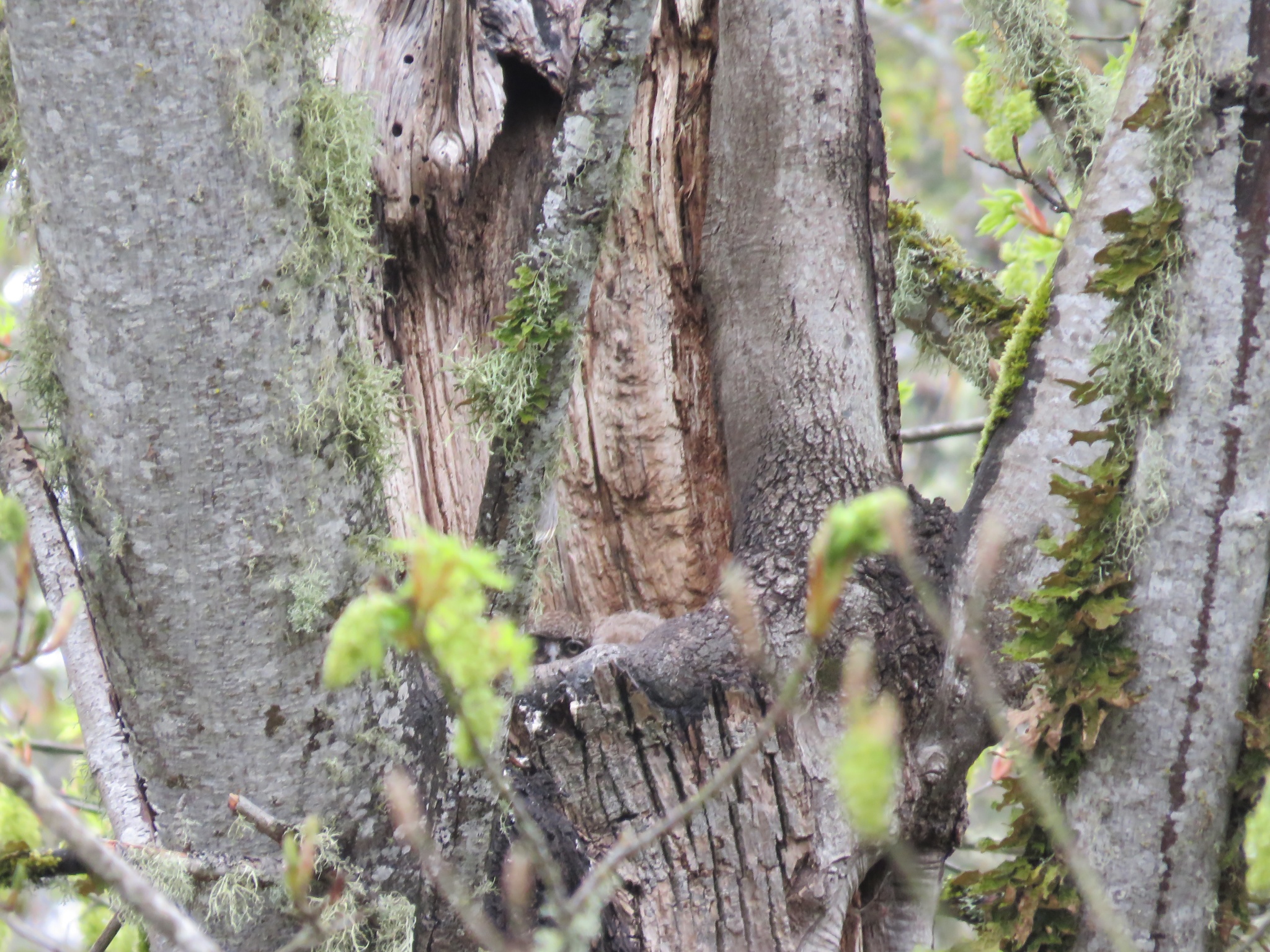 A couple of days older and a little taller (15 April). 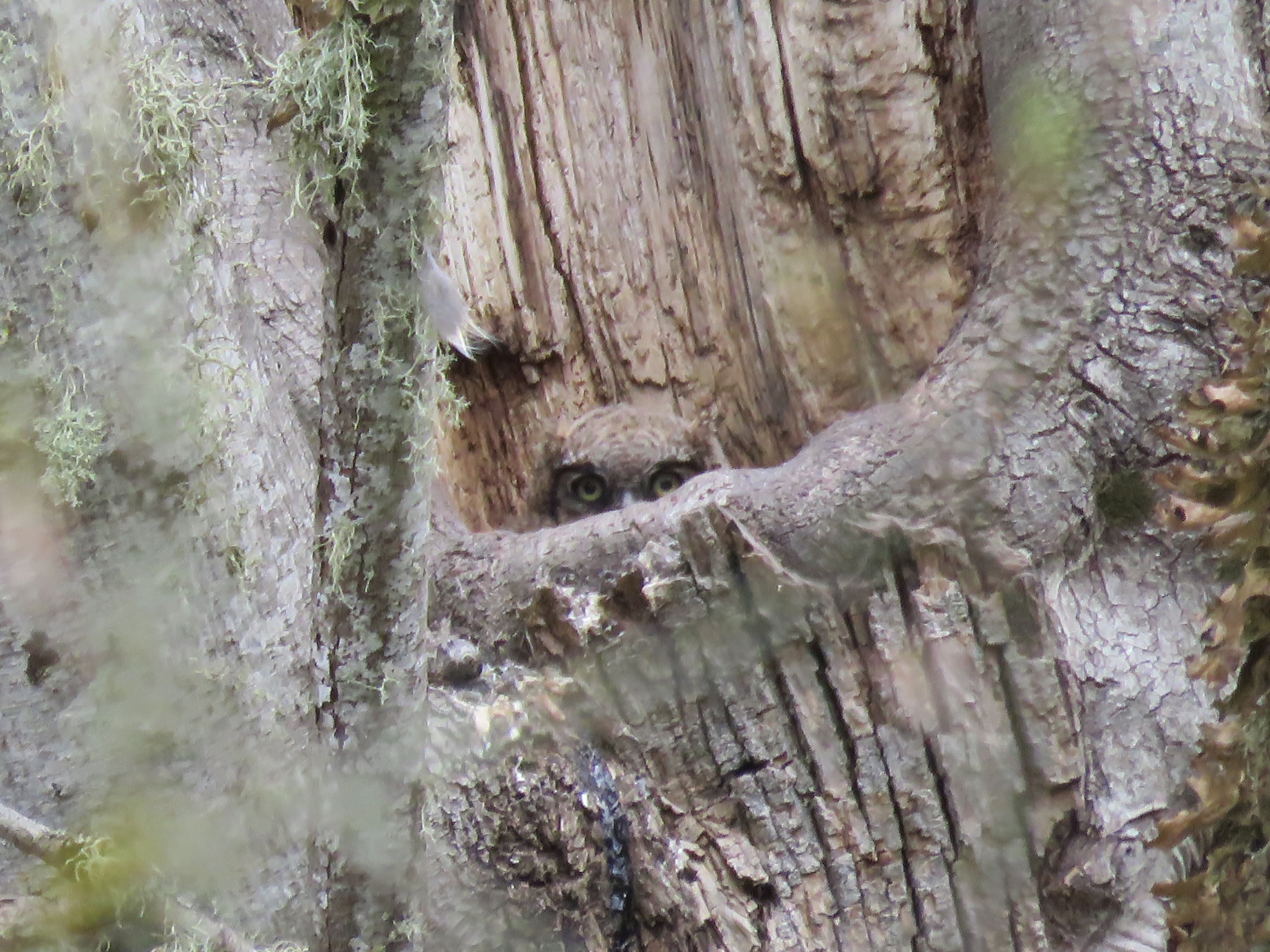 On 18 April, one young had fledged earlier in the day, suggesting eggs were laid in late January. These two, perched on the nest edge, were nearly ready to go. They left the nest on or about 23 April. 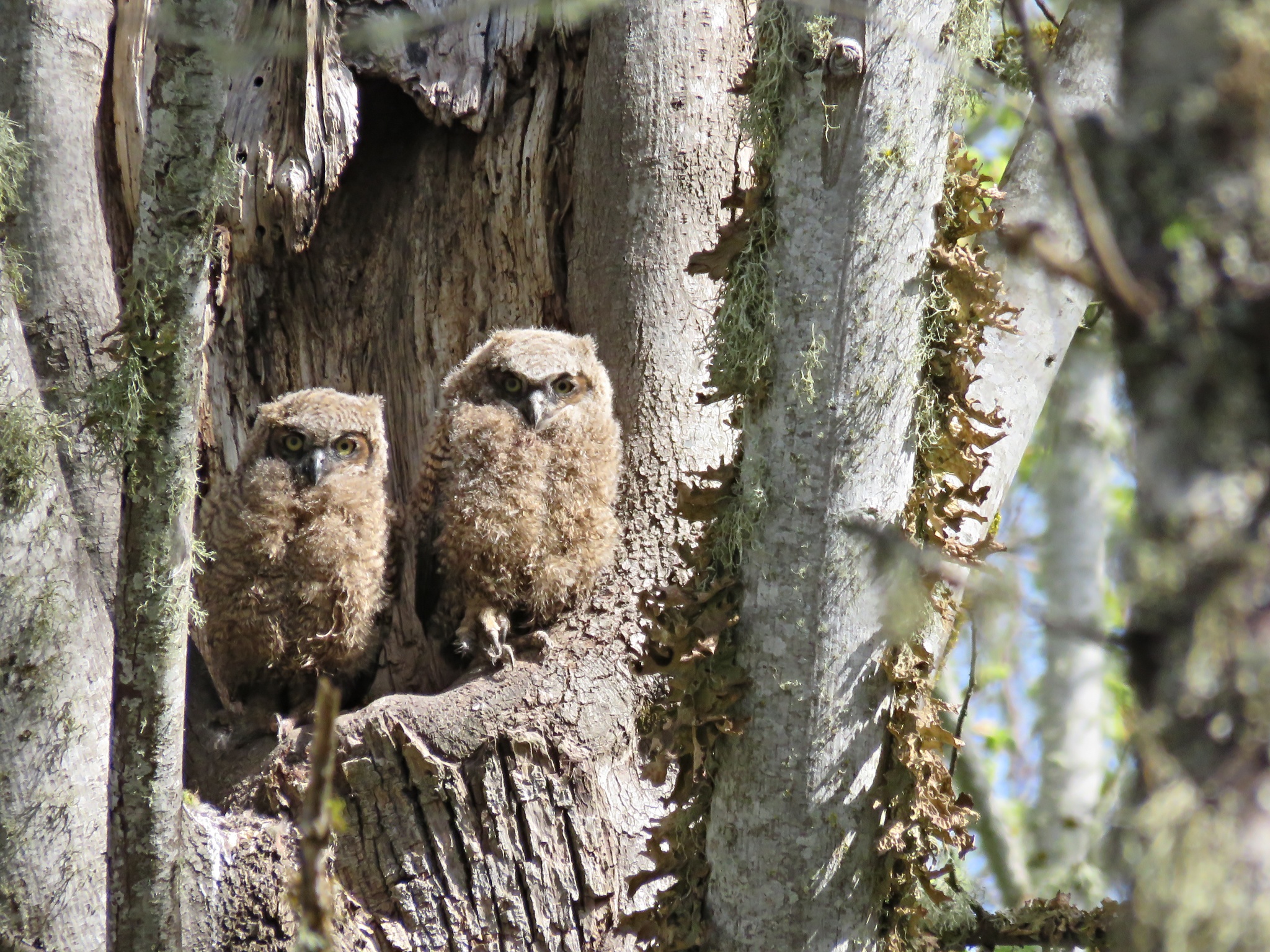 The female and one of the fledged young in the late afternoon of 24 April, some distance from the nest. 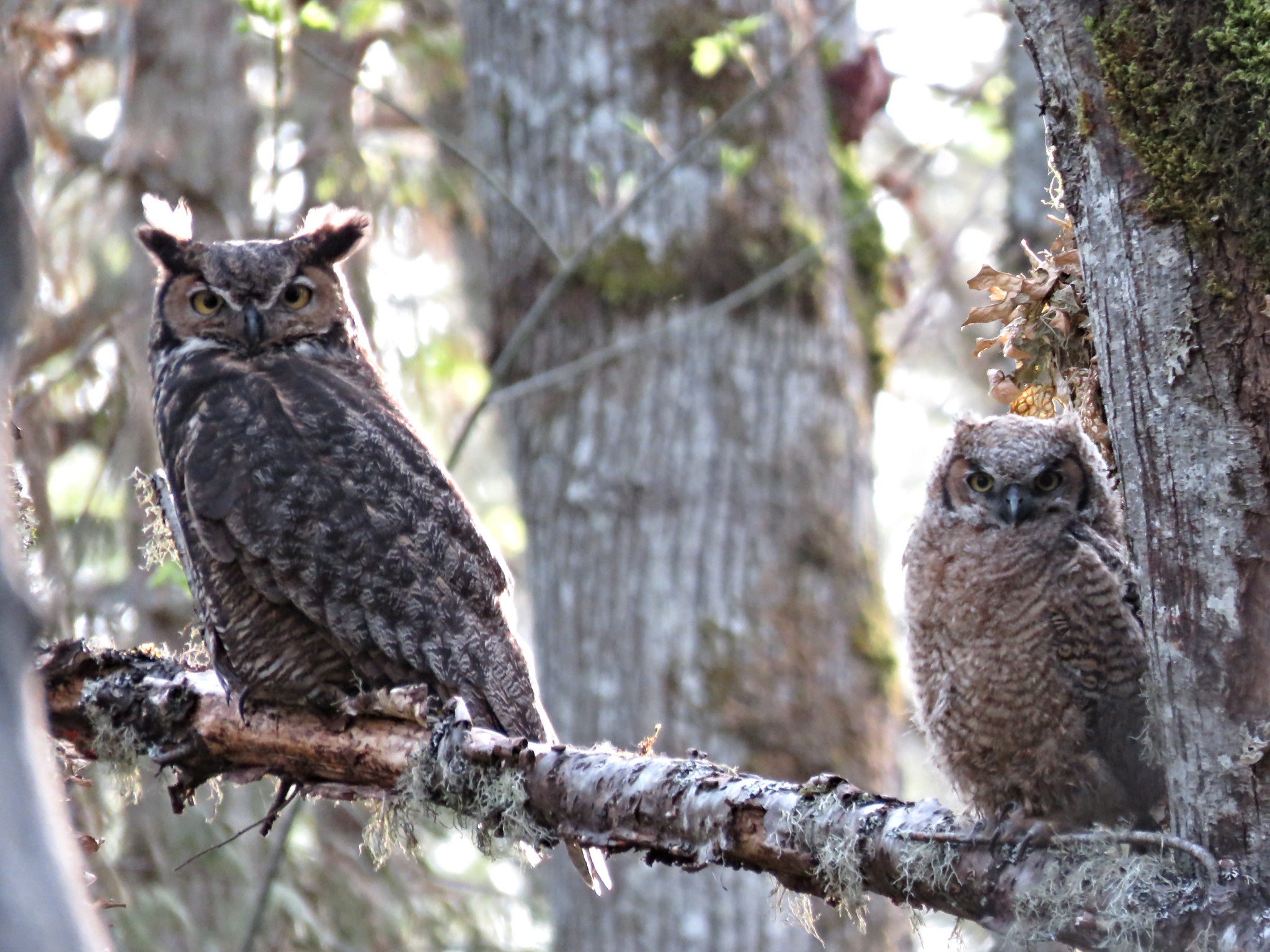 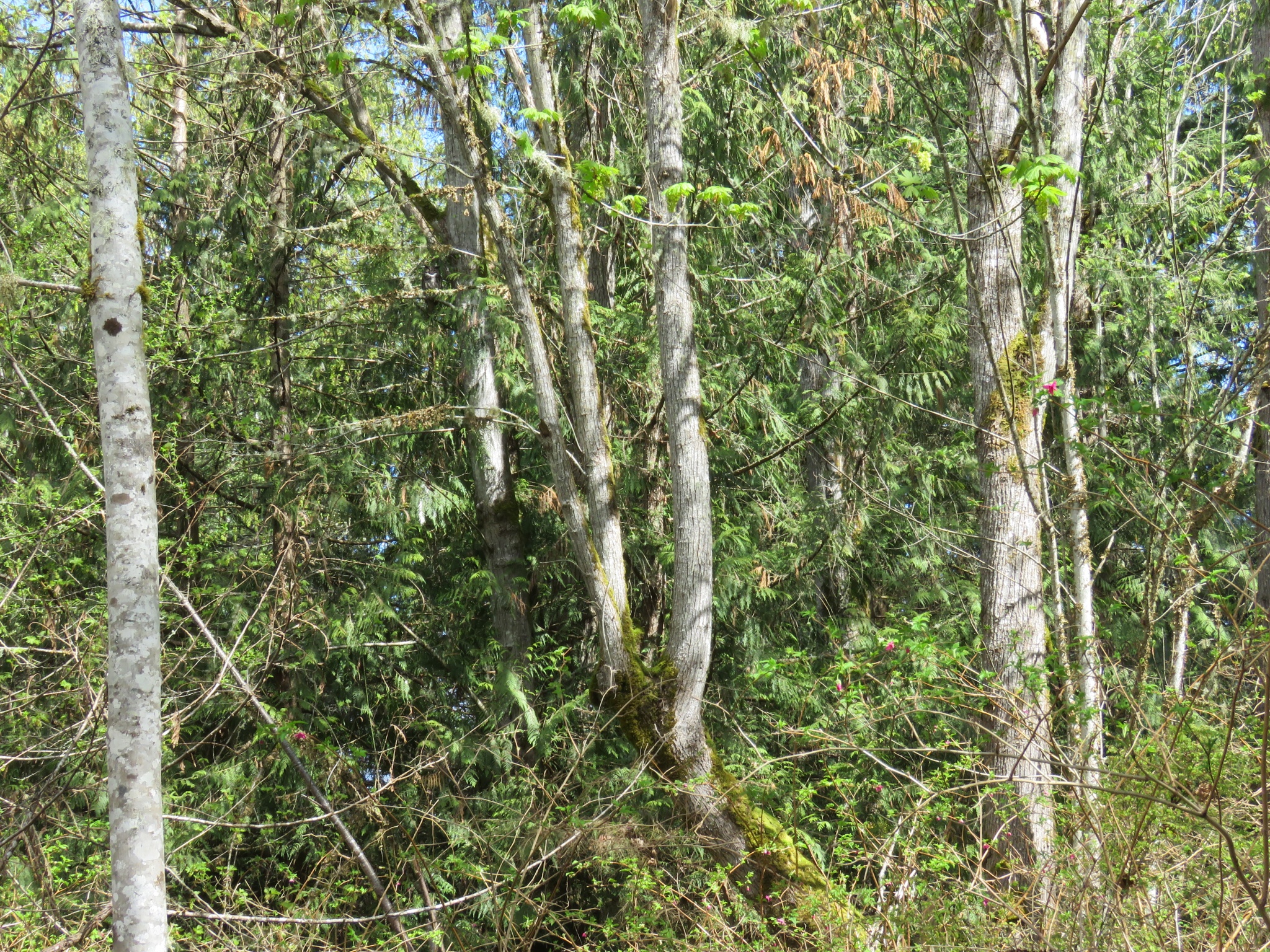 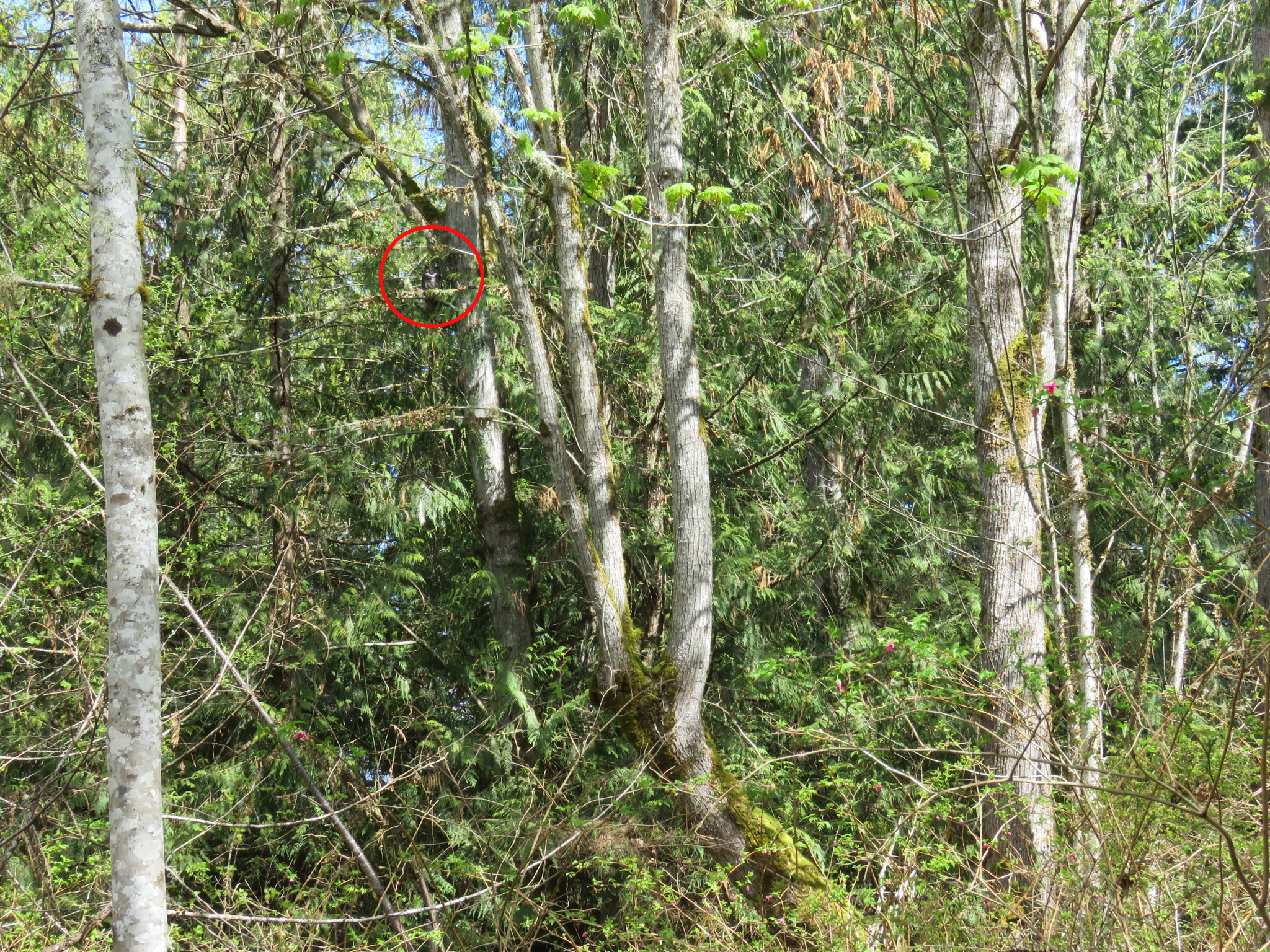 And Stephen Barnard in Idaho sent a movie of the two American kestrels (Falco sparverius) that have taken up residence (and apparently laid eggs) in a nestbox he made and fastened to his garage. Here’s Boris “bringing home the bacon”; according to Stephen, he’s feeding the brooding Natasha, and the eggs probably haven’t hatched yet (the food isn’t going into the box).

Be sure to enlarge this by clicking on the “vimeo” name and then the enlarging arrows: