Welcome to the end of the week!

Today in 1974 thousands marched in Washington DC to impeach President Nixon as a result of the Watergate scandal. It would be barely three months later that he resigned.

“He shows a lack of concern for morality, a lack of concern for high principles, a lack of commitment to high ideals of public office that makes the transcripts a sickening exposure. Richard Nixon is humorous to the point of being inhumane. He is devious; he is vacillating; he is profane; he is willing to be led; he displays dismay and gaps in knowledge. He is suspicious of his staff, his loyalties minimal. His greatest concern is to create a record that will save himself and his Administration.” – Rep. William Hungate

Also today in 2011 President Barack Obama produced his detailed Hawaii birth certificate in an attempt to convince tin-foil-hat-wearing idiots and very stable geniuses that he was in fact a natural-born American citizen. The response this NYP headline deserves. 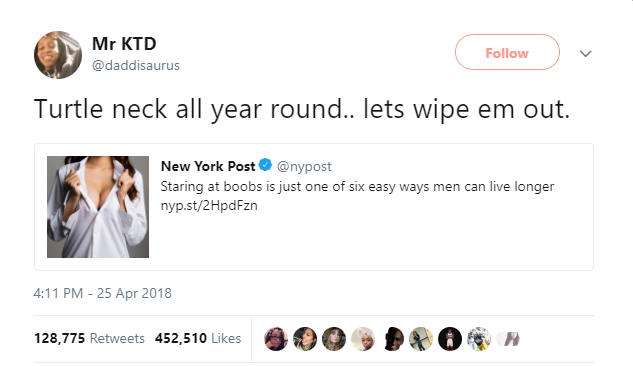 A bit of history. Be sure to click on the white arrow and enable sound by clicking on the speaker icon.

Ernie Wright, the data visualizer extraordinaire who recreated the moment when the Apollo 8 crew first saw and photographed the Earth rising from behind the Moon… https://t.co/G4p91w2HmZ pic.twitter.com/FIx44DDrsE

And a little bit of science.

A drop of blue-dyed glycerine impacts a thin film of isopropanol. https://t.co/mBbixIsPVz pic.twitter.com/2aMEhoiTp0

Even more science solving a case that was assumed originally to be several unrelated cases.

How the Golden State Killer was found— through a family member’s DNA info available on a genealogy website. Fascinating. https://t.co/FhbjTwWrao

More cats because we don’t have enough of those on this website.

I got distracted on the internet and found this medieval cat washing his bottom pic.twitter.com/JZdSEhiPMi

The real reason we all had to switch over to digital television… pic.twitter.com/OEQN2gt5Nw

Finally, Hili is being curmudgeonly today.

Hili: This bush has spikes.
A: But it has beautiful flowers.
Hili: That’s not helpful. 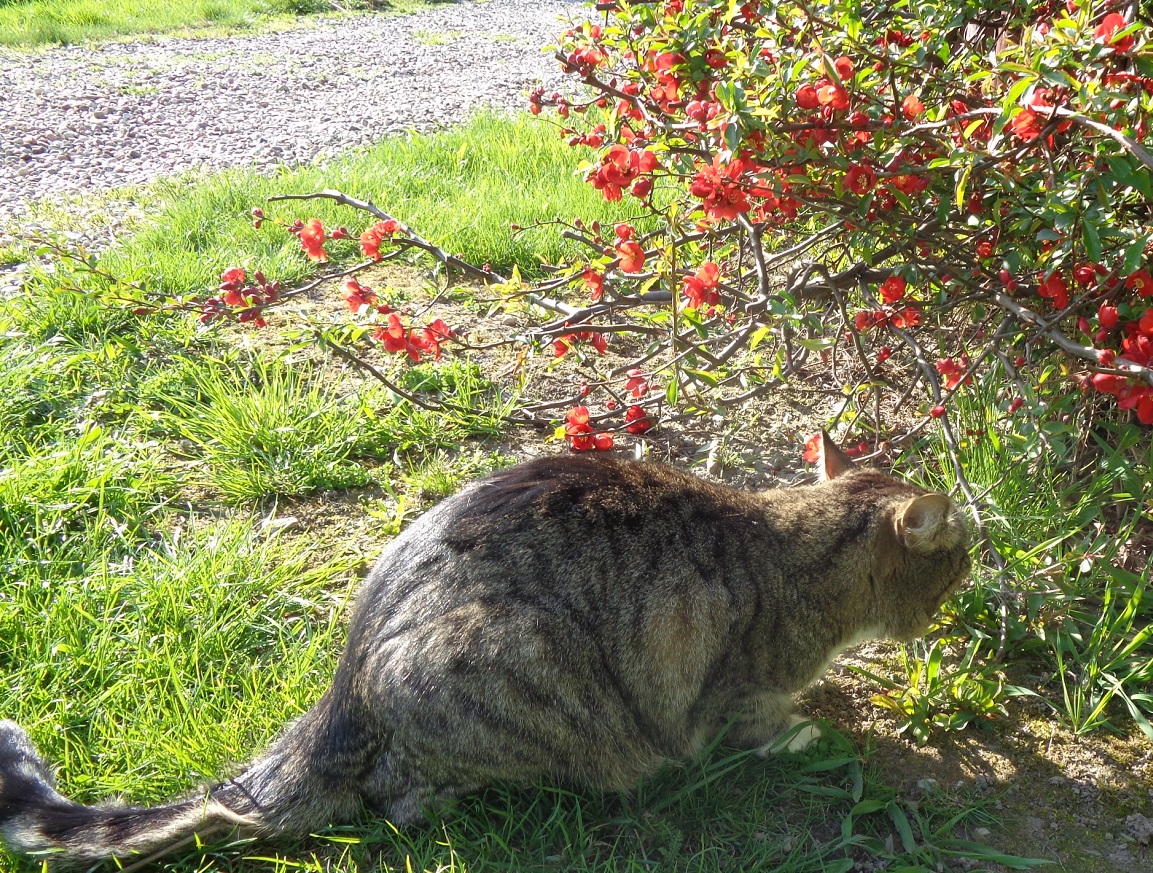