It looks as if the pair of American kestrels (Falco sparverius) on Stephen Barnard’s Idaho property (he built them a Kestrel Condo on the side of his garage) may soon be laying eggs. Here is a video of the female, Natasha (the male is Boris), as well as some photos.

The first video, says Stephen, “might be another mating interlude. It doesn’t take them long.” He adds, “By the way, I set the camera up on a tripod, start it recording, and leave it.”

Stephen’s notes and descriptions are indented:

Here’s a photo of the radiant and fertile Natasha: 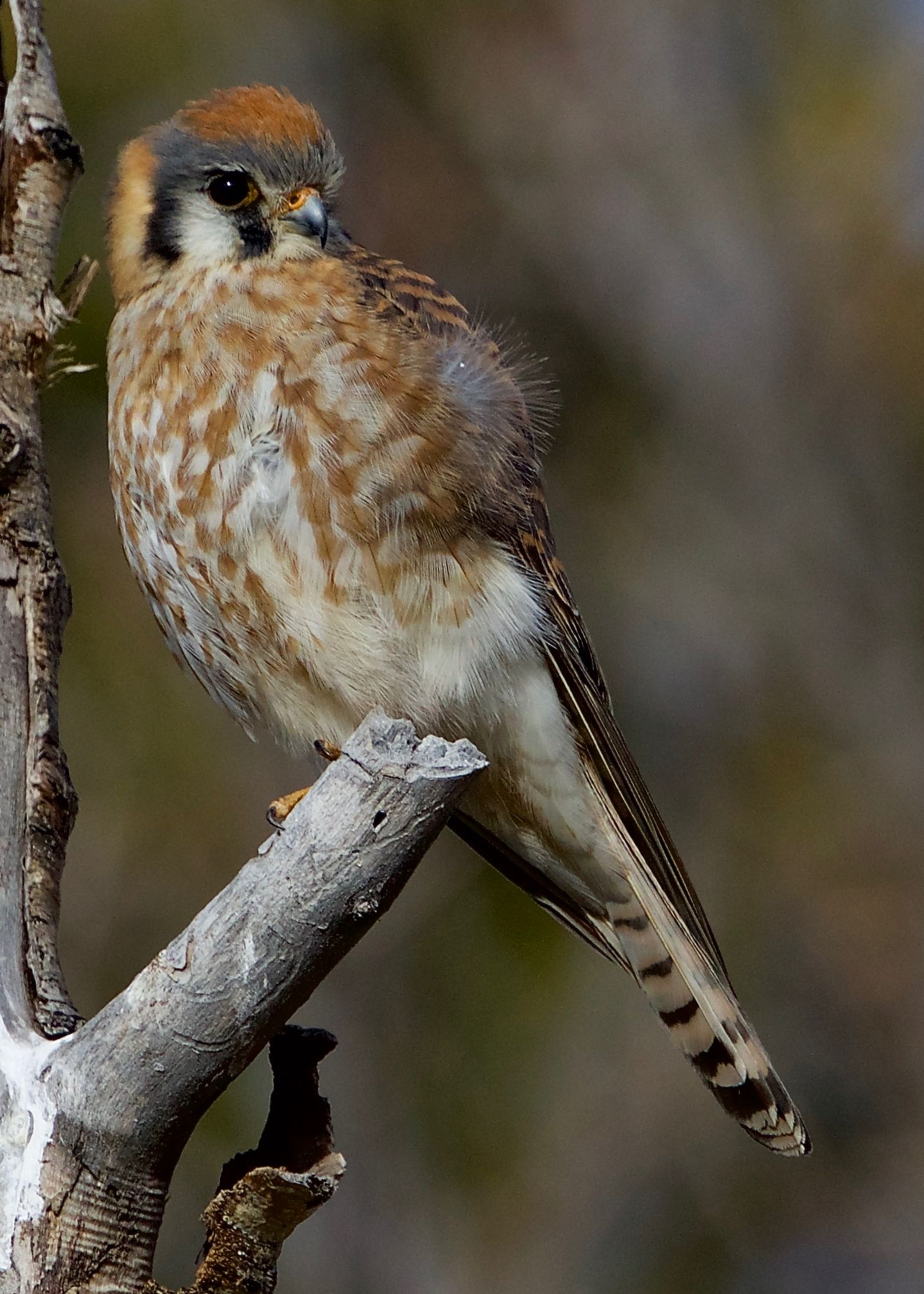 Note the moderate sexual dimorphism in the photos. Males are rusty above and have slate-blue wings. Females are rusty all over with black bars on the wings and back, and are slightly larger. 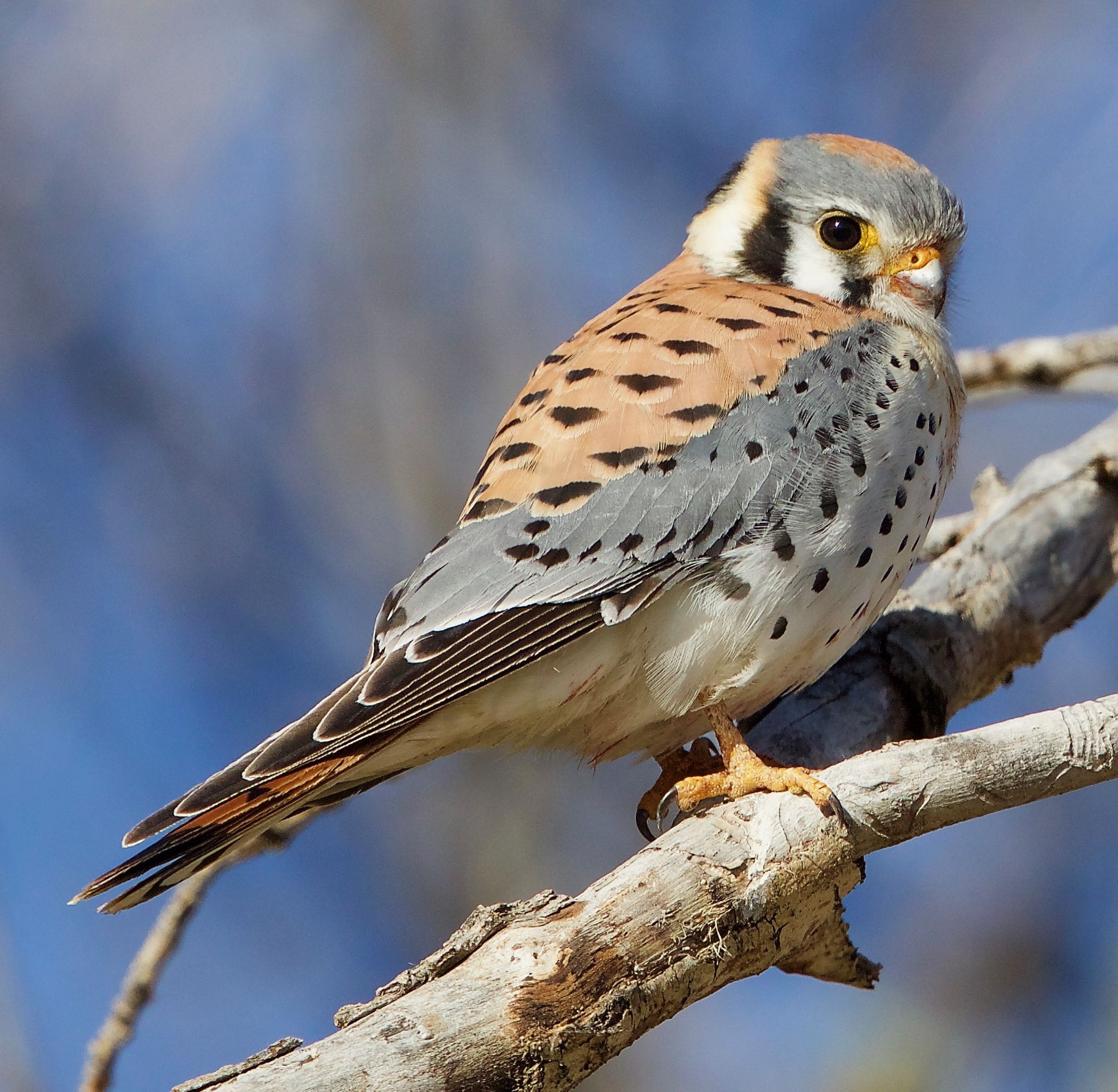 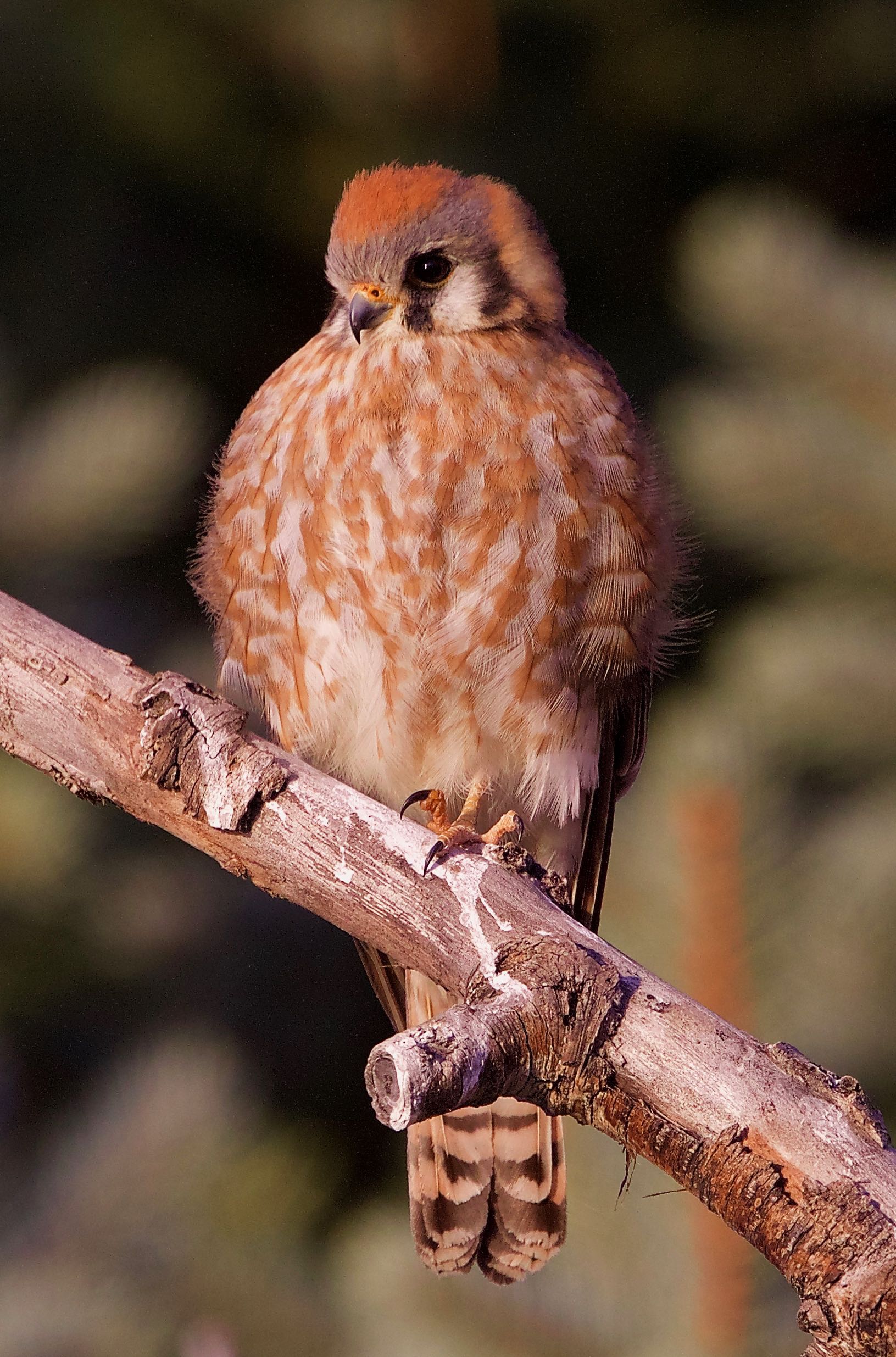 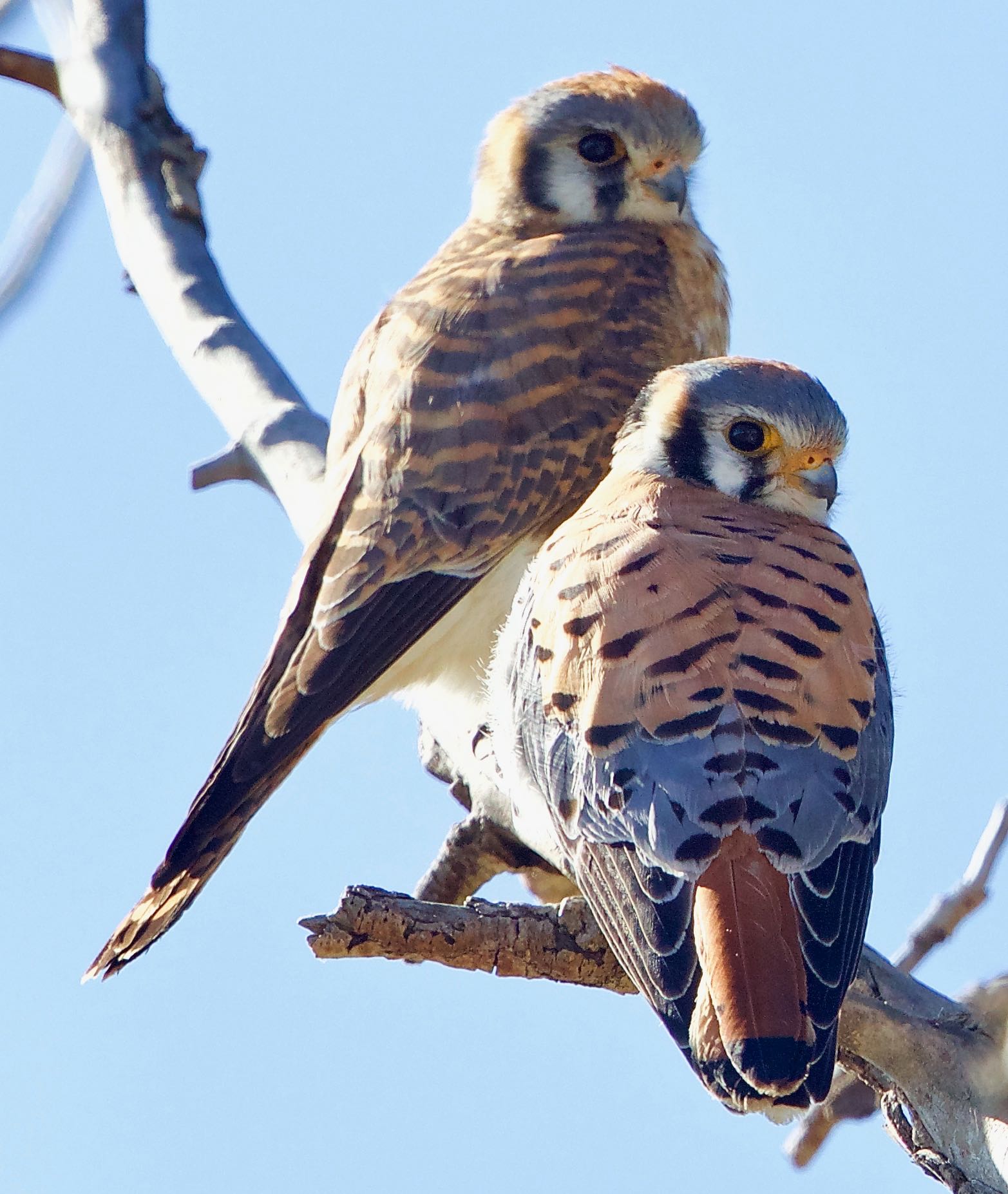 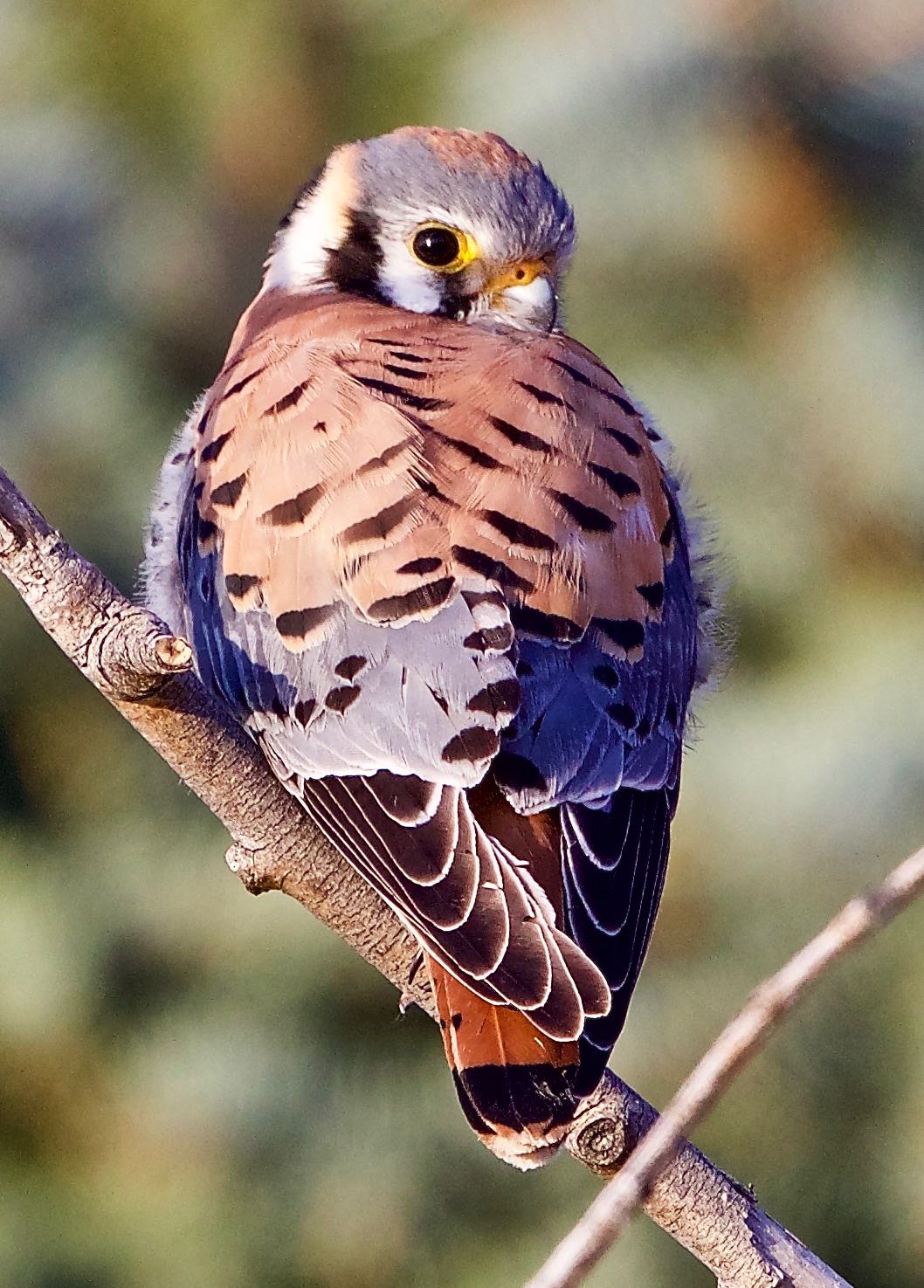 Natasha in diffuse light, which I think brings out the detail nicely: 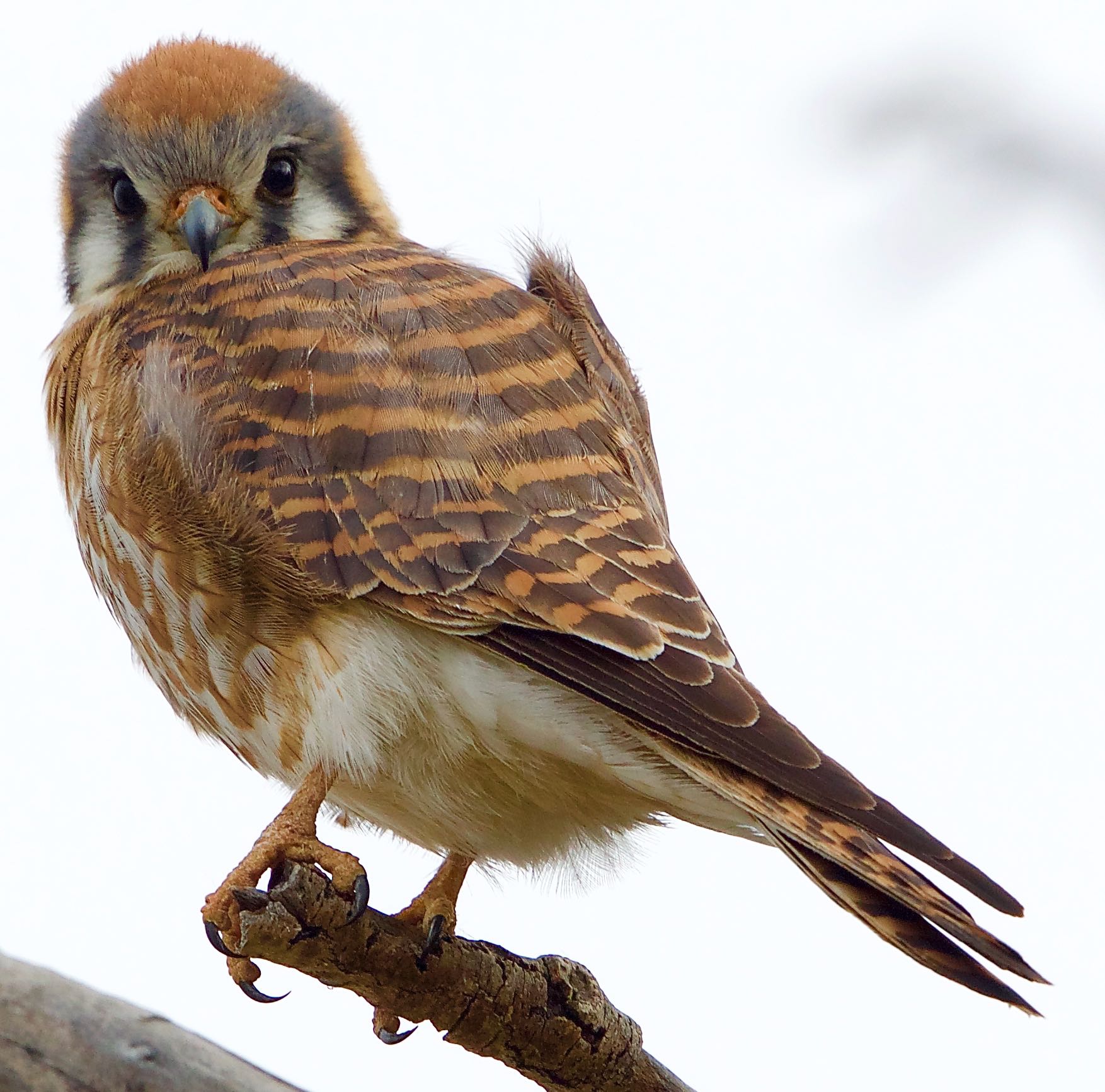 Natasha with a vole for breakfast. 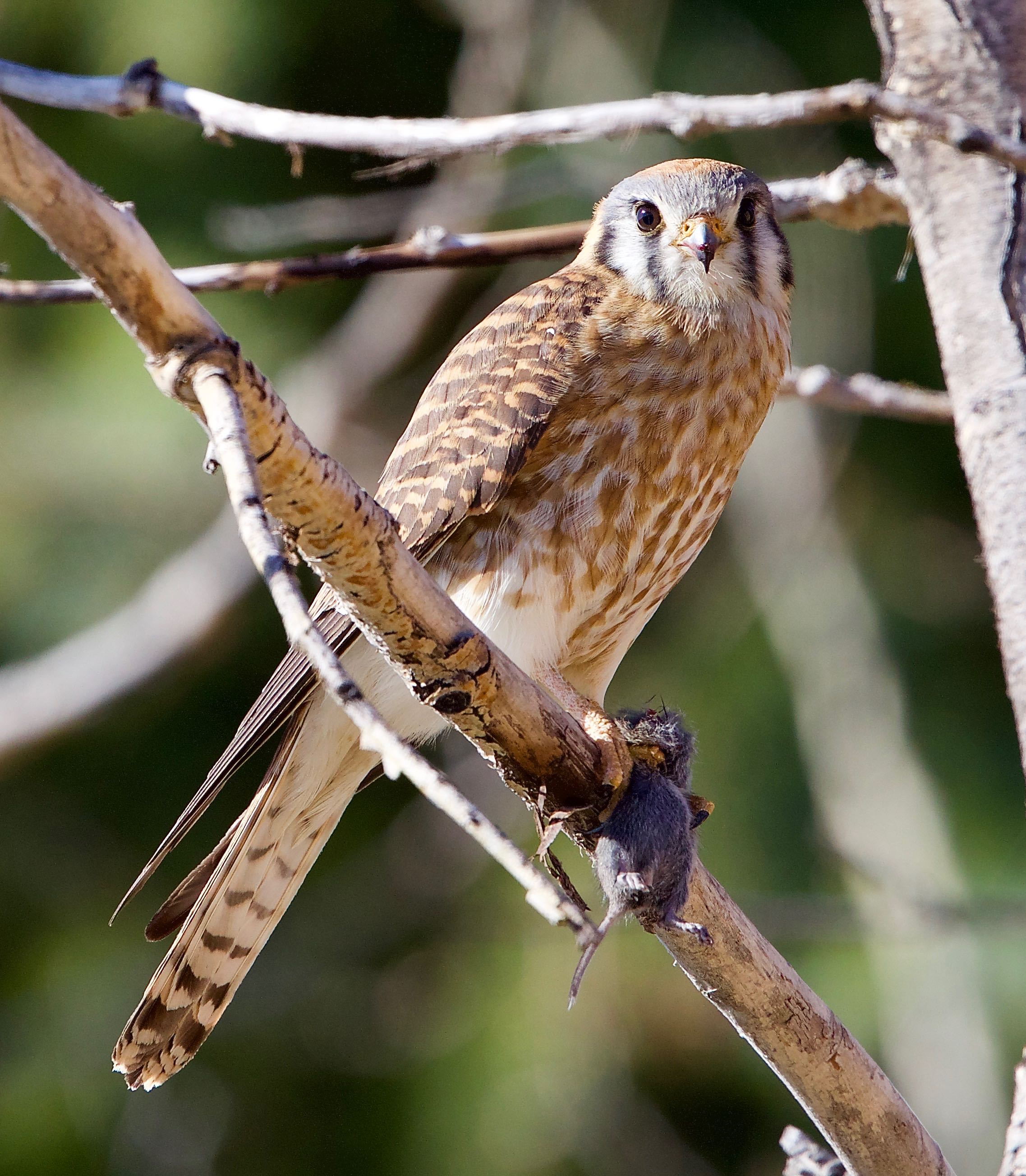 Stephen also posed a question about the sexual dimorphism (rare for raptors, but not that pronounced compared to, say, birds of paradise):

What I find remarkable about them is sexual dimorphism of an unusual kind. I’m no bird expert, but in my experience different bird sexes tend to be either very similar (like bald eagles) or very different, with the females considerably drabber in the latter case. The kestrels don’t follow that pattern. Both Boris and Natasha have striking markings, in some ways similar (the head) and in some ways different (the breast). Boris has bolder markings, but Natasha can by no means be called drab.

I can make up stories about this (which of course is all we have), but I leave it to readers to suggest possible answers. 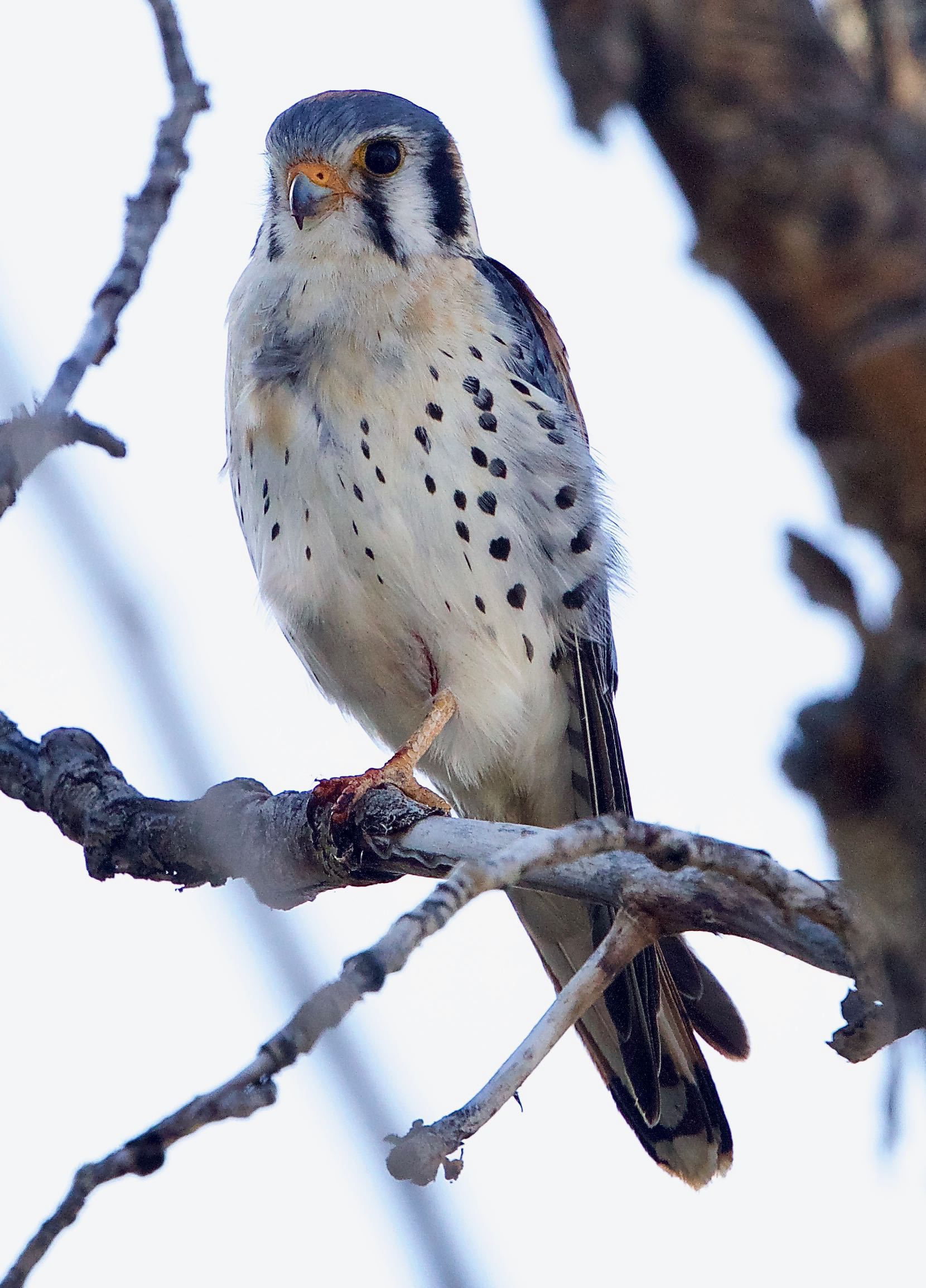 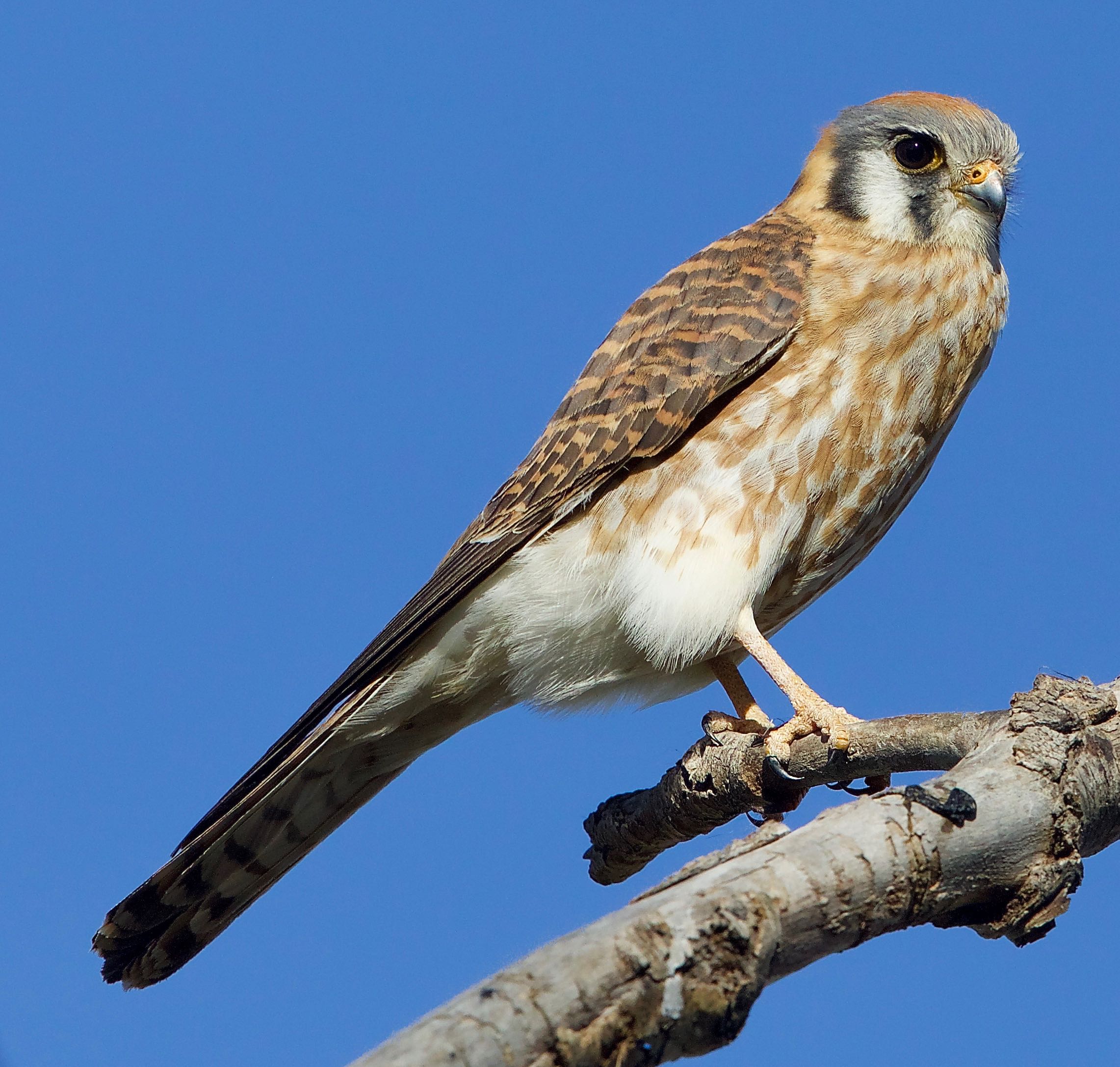