Today’s Doonesbury, sent by reader Taskin, shows clearly how much American churches have had to bend on dogma and faith to retain their flocks.  Or is this simply a way to show that Trump is still an exponent of “Christian values”? 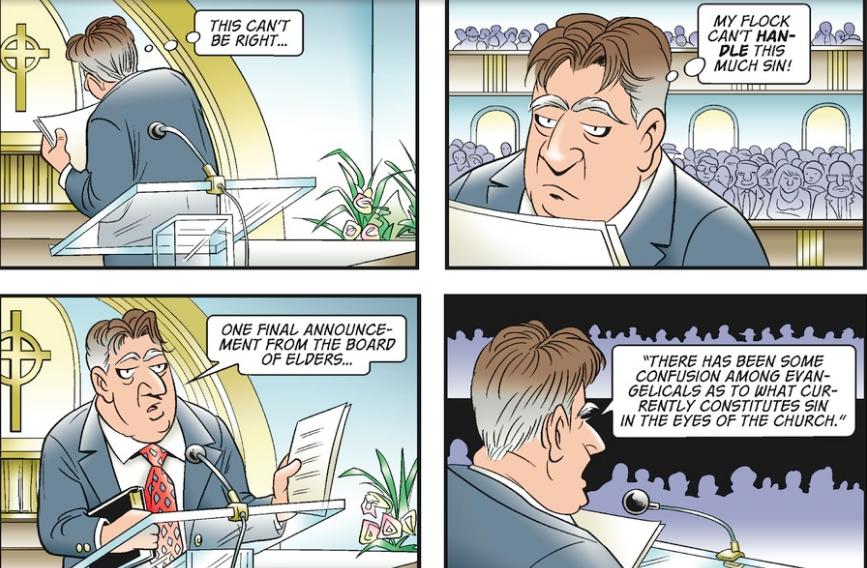 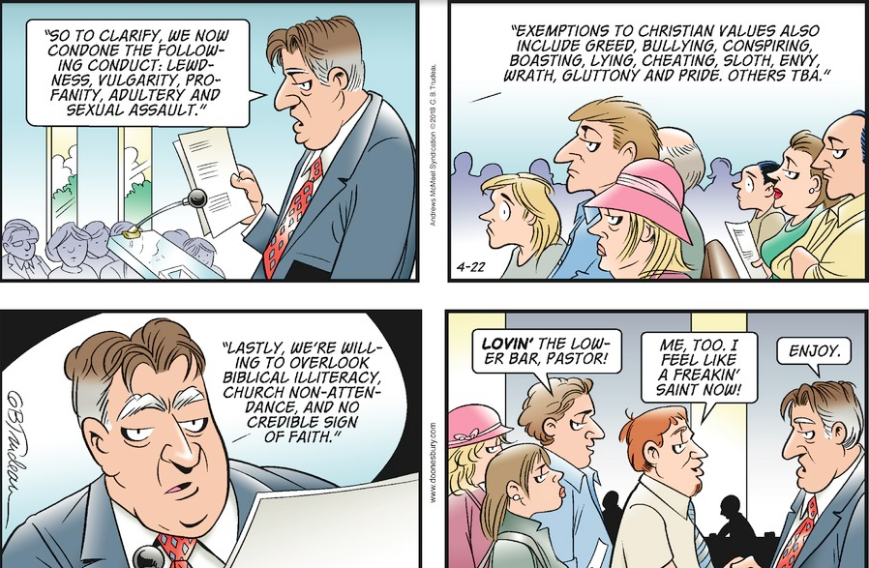 27 thoughts on “A lower bar for Christians?”